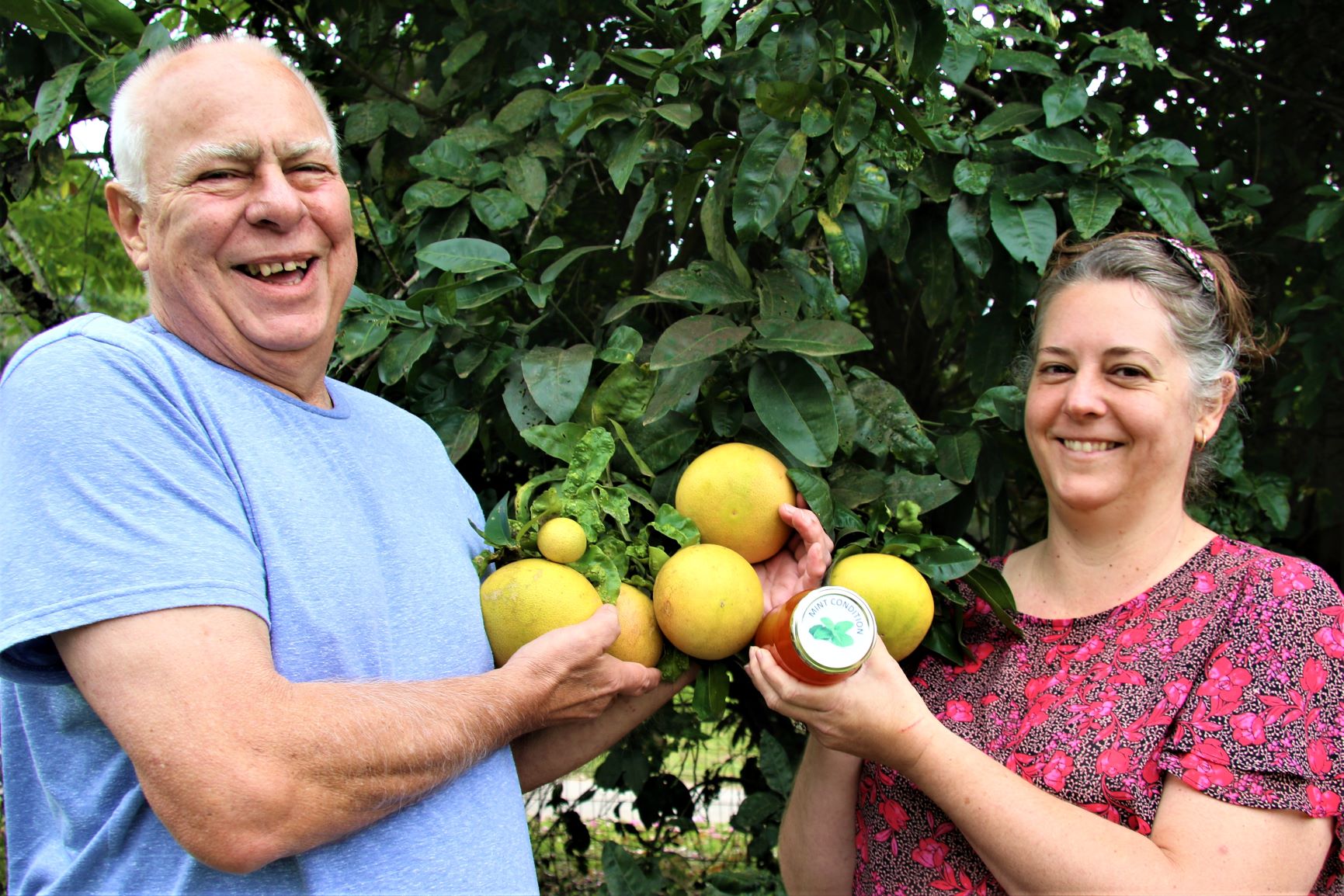 For Julia and Mike Harding, founders of Mint Condition Deli Products, the Covid pandemic was something of a mixed blessing. Abruptly ending their dependency on a fixed income, it nevertheless gave them an opportunity to pursue their shared passion for flavourful and healthy foods which are now on offer either directly from the couple’s Waterfall kitchen or one of four markets in the greater Durban area.

The Mint Condition range is certainly an eclectic one and ranges from biltong and dry wors to marmalade, a basil and a rocket pesto, roasted courgette and chickpea hummus, red and green harissa paste and more. The couple also sells dehydrated mushrooms and pineapple.

A HEALTHY APPROACH TO EATING

Mike and Julia admit that they have always had a healthy relationship with food. Whilst “living to eat” remains their slogan, they have taken eating well to a whole new level. Simply focusing on tasty fare regardless of the health implications means you can enjoy your meals. Combining flavour with goodness, on the other hand, dishes up well-being.

“We’re living it. We can talk about it, so we can sell it,” Julia explains.

While neither of the Hardings claims to be an expert, they have done a good deal of research and chatted to a number of people who are experts in this field. They are therefore happy to share ideas, encourage people to do their own research into age old food based remedies and provide links to useful information about the importance of restoring good gut health which is at the root of a number of modern day health problems.

Without a healthy gut lining, it is difficult for your body to absorb the important vitamins, minerals and anti-oxidants that it needs, Mike points out. 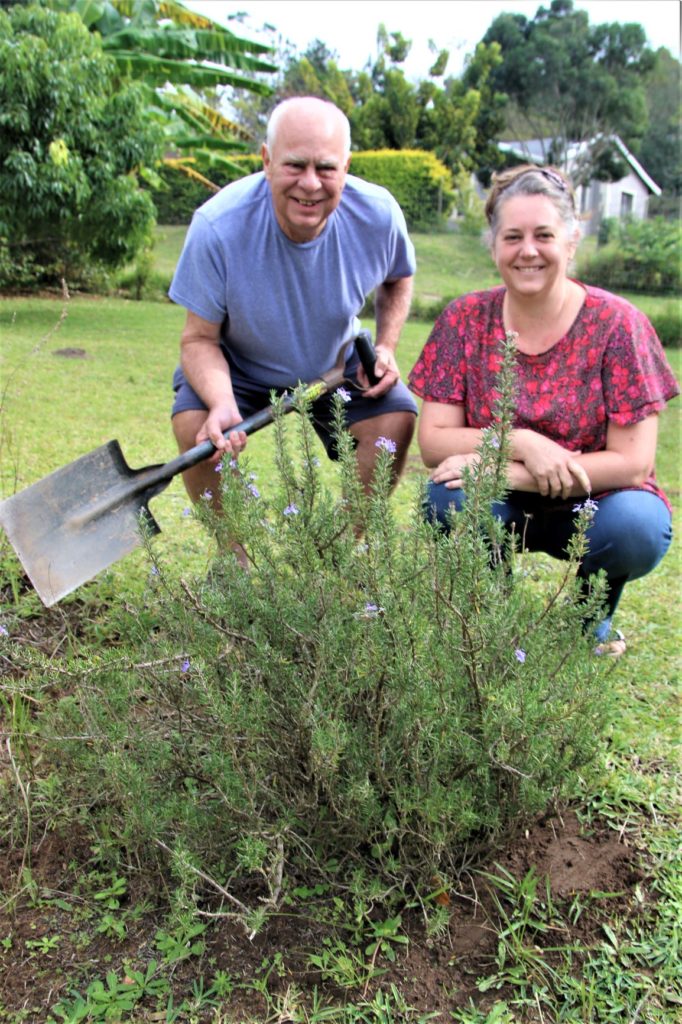 One of the Mint Condition products that has raised a good deal of interest is Kombucha, an effervescent tea that is rich in probiotics and has been used by the Chinese, Japanese and Russians for centuries.

They both enjoy a 200ml glass of Kombucha every day. This, together with other favourites in the couple’s health range, has not only restored their own gut health but provided additional energy.  This has also given Julia relief from chronic eczema which she has suffered with for most of her life. 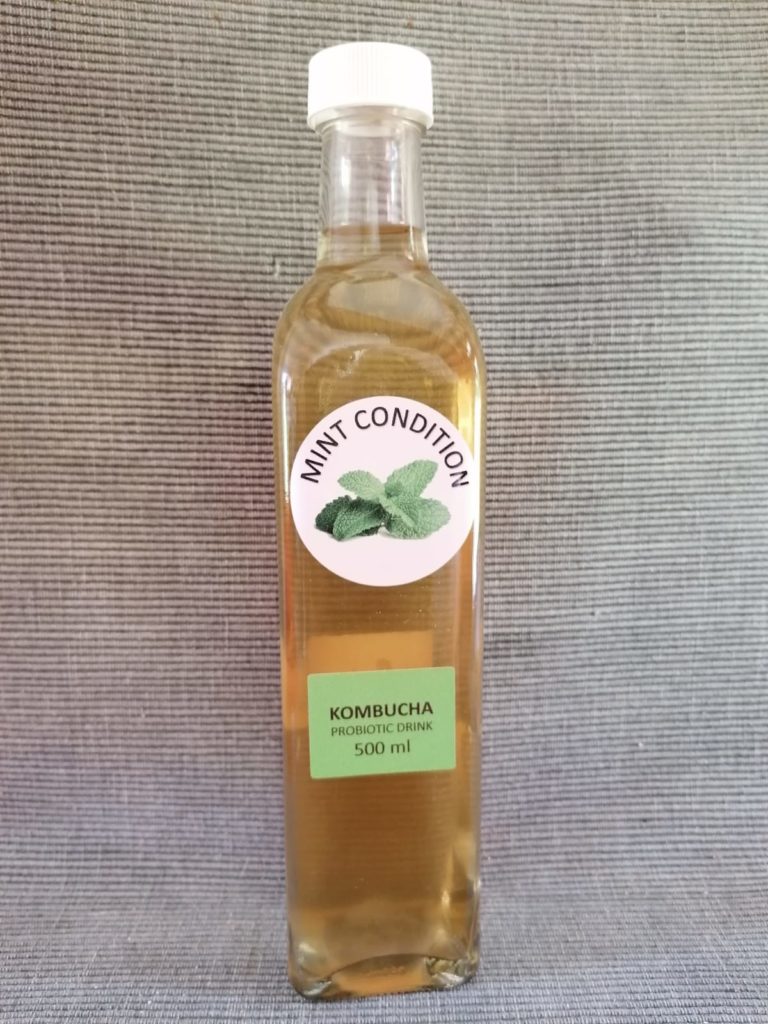 Another of Mike’s personal favourites is kimchi, a fermented cabbage based relish that harnesses the same good bacteria (lactobacilli) found in yogurt and other fermented dairy products. In addition to Chinese cabbage, this Korean recipe also includes white radish, carrot, fresh ginger, fresh garlic and onion (which are antibacterial) and fresh chilli which is packed with vitamin C and is a powerful antioxidant and immune system booster.

“We eat kimchi with anything and everything, it’s so delicious. There is no way I would sell something that I’m not 100% sure of,” Mike stresses.

He has similar conversations with a growing number of loyal customers who order ahead via their WhatsApp group or Facebook page and then collect their goodies from the couple’s homely Waterfall cottage.

Populated with a huge collection of cookery books and two contented rescue cats, their home is surrounded by a wonderful ‘wild’ garden filled with herbs and fruit trees such as litchis, bananas, tamarillos, Chinese guavas, ruby and white grape fruit, lemons and peaches.

They source what they can from their own garden and buy the rest of the fresh ingredients from a nearby farmer. They are harvested in the morning and collected on the same day.

Using ultra fresh ingredients makes all the difference as does a refusal to use any preservatives or artificial flavourants and colouring. Lemon juice and olive oil do the trick and ensure that products stay fresh for three weeks in the fridge, says Mike. 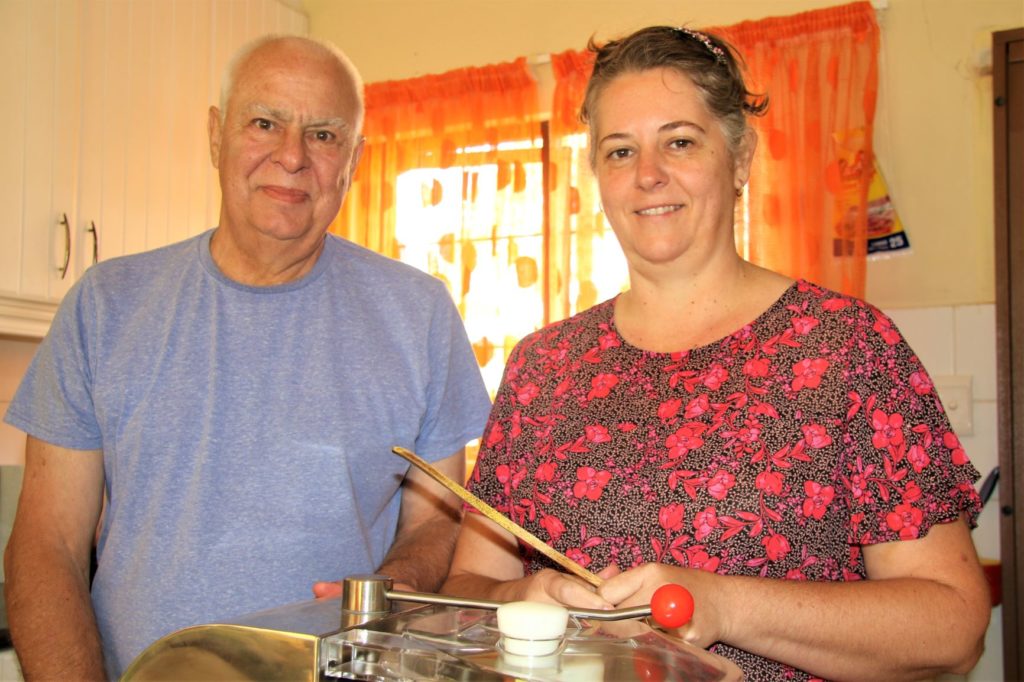 Their top seller is their roasted courgette hummus although a brinjal based pickle which is currently being developed and will be launched in the very near future is likely to be a strong contender.

Another Chinese based product, that relies on super foods such as beetroot plus onions and cabbage is being formulated under the watchful eye of a Howick-based friend and doctor of Chinese medicine will be added soon, they say.

All products are packaged in glass as Julia is a strong believer in doing everything she can to reduce man’s carbon footprint and reduce single use plastics. In addition, glass is reusable and recyclable, she points out.

One of their greatest challenges right now is that they need to sell their preservative free products close to home as courier companies are not prepared to guarantee that they will remain refrigerated throughout transportation, Julia says.

“Our business is a bit localized because of the nature of our product at the moment. We are not prepared to take any chances. But we are working on that,” adds Mike.

“We do tasters at all markets. Julia makes a cheese and mustard biscuit for this. Now, in response to requests from people at our markets, we are making and selling these too,” Mike continues. 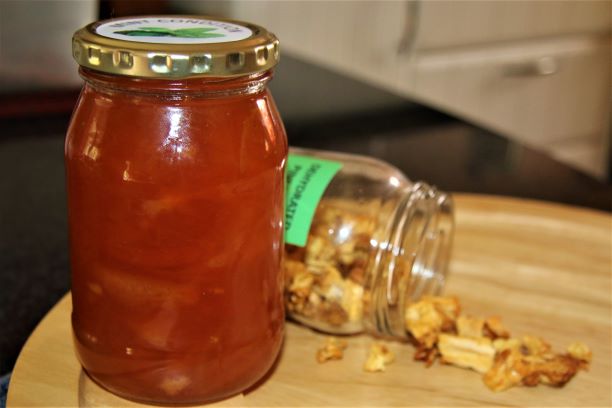 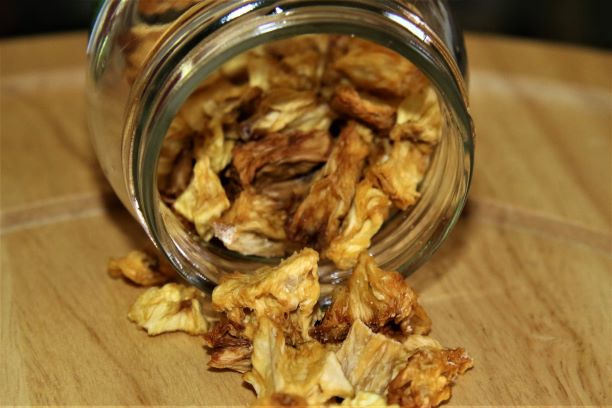 They are also working on growing their range of dehydrated fruits and vegetables which, based on his own sensitivity to preservatives, will include nothing potentially harmful.

Looking back over the past six months, the joy of sharing food with others during Covid probably did inspire them to start their business, Julia admits. 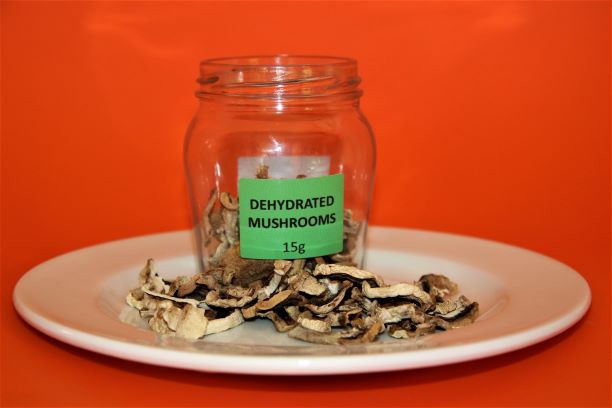 During the tough hard lockdown, she says neighbours swapped, traded and shared what they had on hand – exchanging a bottle of wine for some fresh veggies, for example.

The couple also began cooking meals for an elderly lady who runs a cat sanctuary in their neighbourhood.

“Covid brought people together. People are now relying on each other and supporting local. Helping people is what life is all about. Things have been tough but it was also a blessing as it pushed us to do something about which we are both passionate. So, it is a case of onward and upward. We are looking for new markets and outlets all the time,” Julia explains.

Apart from their passion for food and love for people, Julia and Mike also bring a lot of professional experience to their fledgling business.

Julia, who spent over 10 years in the hospitality industry, qualified with a diploma in hotel management and then started out as a receptionist. She moved into food and beverage and then became a conference co-ordinator at Sun City.

Mike, who started his career at Unilever, has been in sales for most of his life. After running a logistics company for about 10 years and then two Durban restaurants for five years, he, too, moved into the hotel industry.

In 2008, he applied for and got a position as a general manager at a small hotel in Bergville and the couple moved there for two years. After being head hunted to manage a hotel that was in the process of being revamped in Kokstad, they enjoyed the challenge of turning what they describe as “a building yard” into a four-star hotel.

“In just seven months, we re-opened as a four-star hotel. We made beds, we hired local people from the streets and trained them. It was so rewarding,” recalls Mike.

Two years later, the couple returned to Durban for family reasons and both took jobs at a company that fitted industrial kitchens. They were retrenched eight years later in the wake of the Covid pandemic and are now embarking on the new adventure of starting and growing their own business.

It somehow seems that the time is right, Mike suggests. In addition to a greater awareness of health related issues, potential customers are also looking for products that are not enhanced with artificial preservatives. There is also a growing appreciation of more authentic products made by real people rather than machinery in factories. 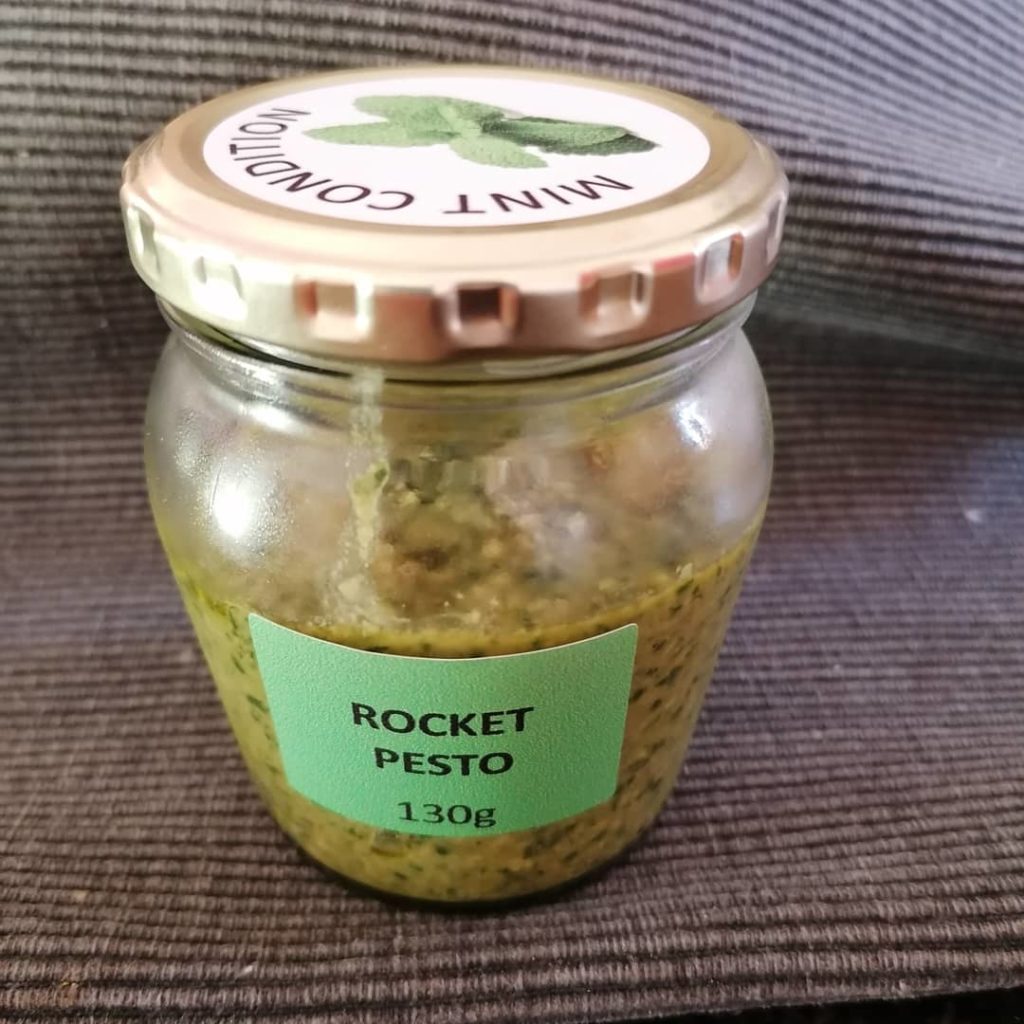