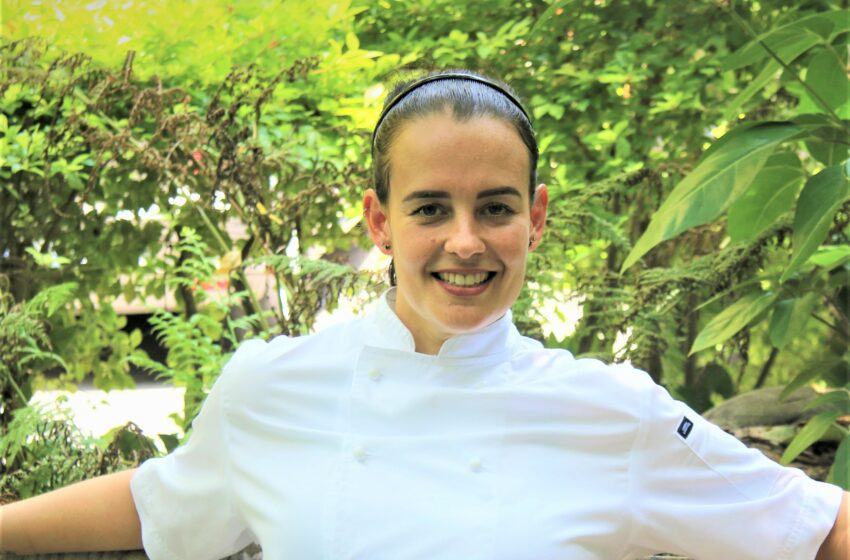 Calorie conscious convenience with a twist is how chef Samantha Vandersteen describes The Frozen Bistro. Born out of Covid necessity and a passion for food and seasoned with plenty of her own experiences and wry take on life, she has created take-home-and-heat meals that are not only ultra-convenient but also flavourful and healthy.

She prepares these meals in the kitchen of the family-owned Beside Still Waters Boutique Hotel in La Lucia. Orders are placed via WhatsApp or the recently introduced order form on her website.

When all is ready and waiting, she sends her customers a text to collect. 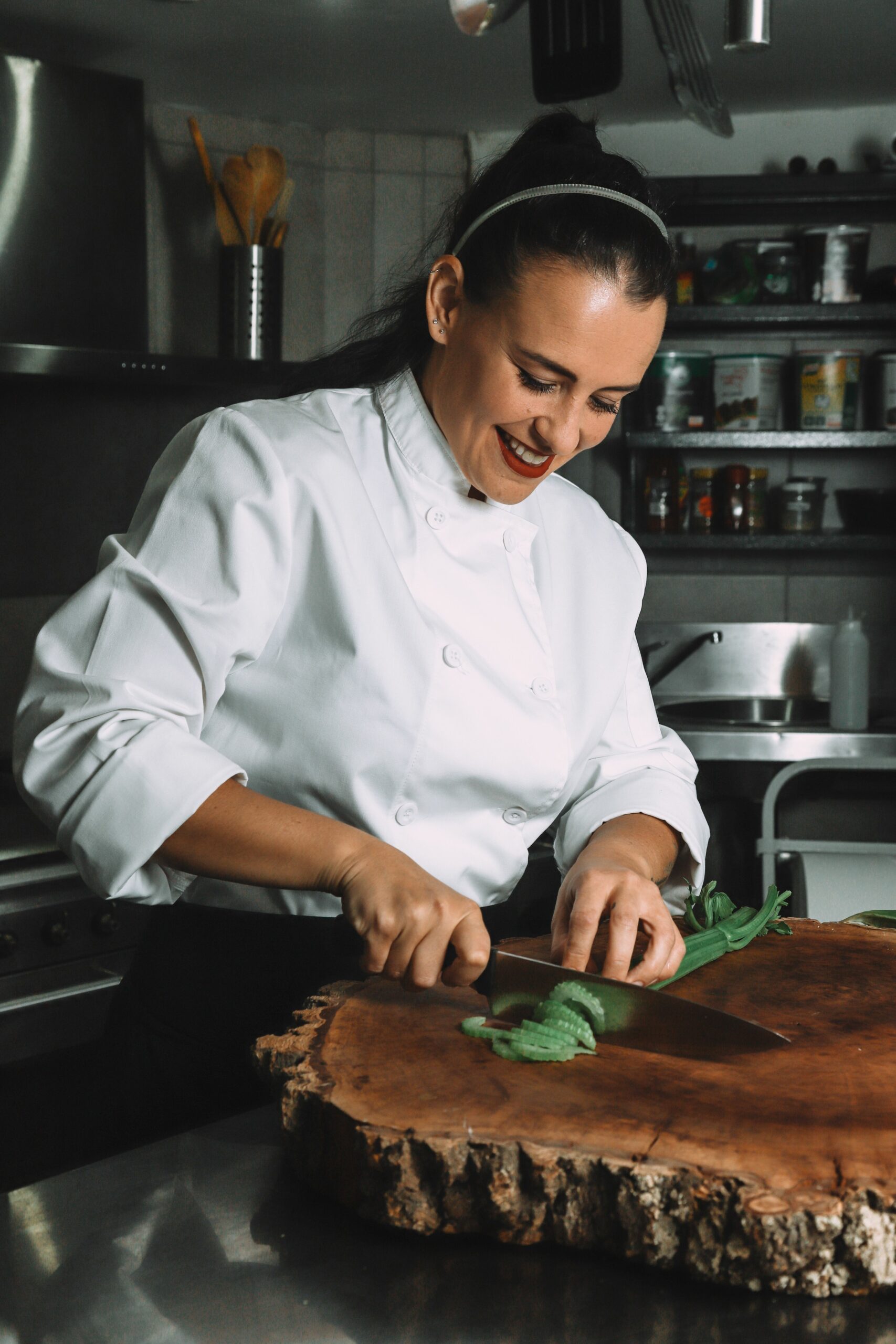 Like Sam herself, these meals are anything but bland.

“I’m a foodie and I will never rely on a diet of boiled chicken and lettuce to stay healthy. I want real food. I want to put as many nutritious meals into my body as possible. I cook with fats. I cook with wine. There’s dairy, there’s carbs and there’s everything in between.

“There’s no nutrient shaming. We are nutrient inclusive, meaning that all macronutrients are accepted without judgement. We do, however, make small changes in how we process our food, choosing lean protein over high fat, chopping, trimming and straining. All of this is done so that you have restaurant quality food at home at a fraction of the price with twice the amount of love. By subtracting the guilt and capitalising on the nutrition, we’re giving you options that are right for your body, budget and schedule,” she declares.

Her current menu comprises 24 different items that range from extra lean beef lasagne to ratatouille style vegetarian lasagne, from a Moroccan vegetarian stew to a broccoli and artichoke casserole. A couple of soups and relishes follow, together with a short menu of seasonal specials.

“I did a couple of curries for summer – a butter chicken with no butter that tastes exactly the same and contains just 269 kcal rather than the conventional 1 500 calories. I’ve got my autumn menu coming out in March. I’m going to be doing a special stroganoff, a chicken cacciatore and an awesome beef ragu cannelloni. I’m really excited.” 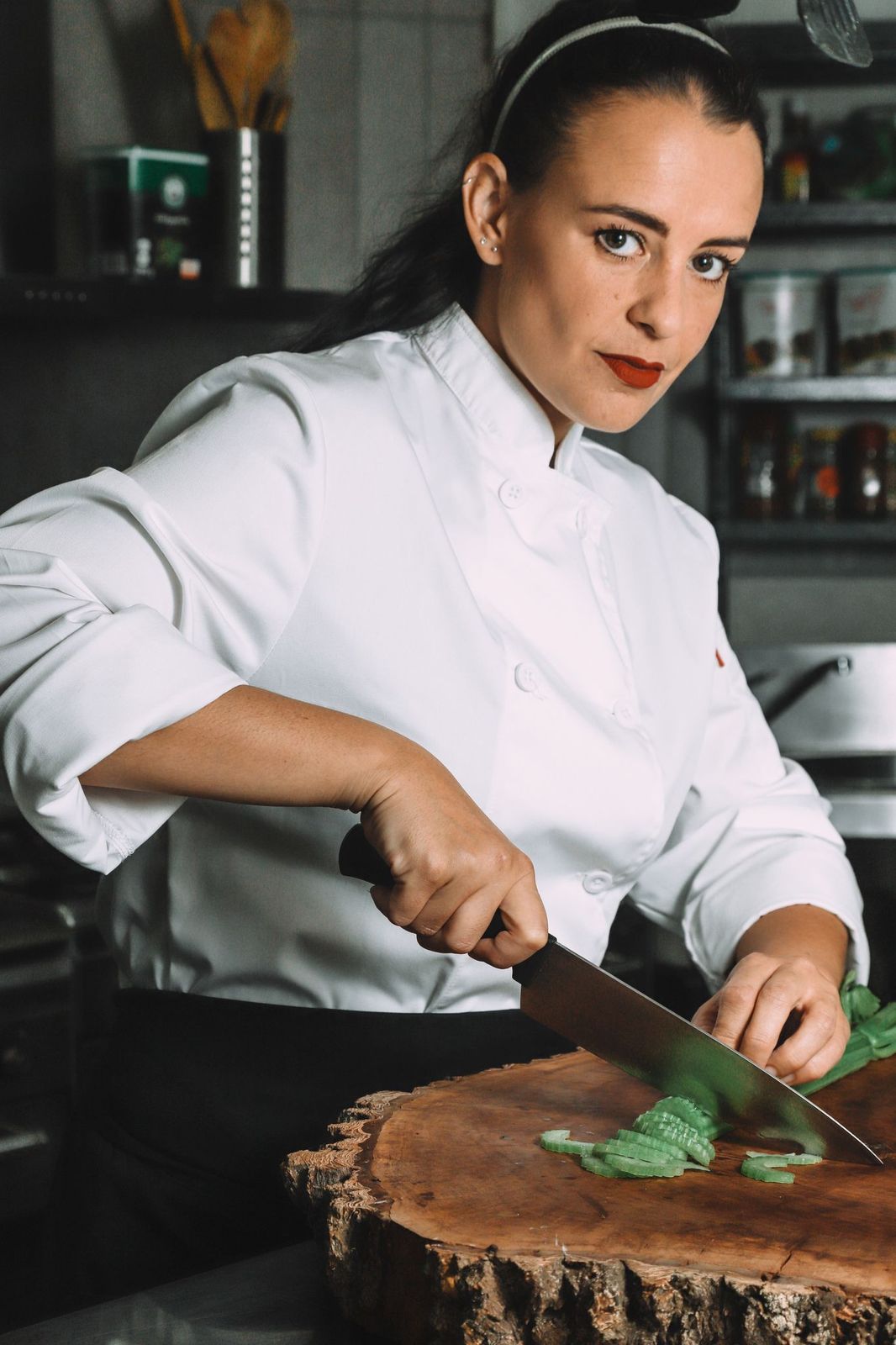 The trouble with the limited frozen meals in supermarkets is the overload of processed ingredients and preservatives. You also don’t get to know the chef behind the recipe.

Unsurprisingly, Sam has done everything from journalism to working as a croupier at a casino. But, it was waitressing at the age of 16 that introduced her to her real passion – food.

She put down her blackjack cards to start studying at the Christina Martin School of Cookery in 2010. After qualifying as a chef, she worked for Mundo Vida in Umdloti before taking a break from the kitchen and helping her mother to open up the family hotel.

“It was before we had our army of amazing women that are our housekeepers. We didn’t have anyone, so my Mom and I would go in and clean rooms. We’d make beds and scrub showers,” she laughs.

From there, she signed up to be a chef on an ocean liner which was a life changing experience.

It was daunting and required a broad knowledge of international cuisine.

“I realised how little I knew. It was the biggest kitchen I had ever been in. They had stock pots that would take fifty litres. You couldn’t even reach the other side of the tilting pans because they were so big. We only had 450 guests which is considered a very small ship but it was just unbelievable.

“I did a little bit of everything. I was a fish cook during a busy Alaskan season, flipped burgers and made pizzas in an outdoor kitchen in the Caribbean in forty plus degree weather, grilled wild boar sausages during an excursion on a tiny island in Alaska, completed a 10-day training course in Napa Valley, California in well-known American chef Thomas Keller’s test kitchen. This led to a stint working on the Thomas Keller team on board my ship where I learnt so many things about fine dining and, in particular, vegetarian food.”

Every time they docked in a different country, they served a local meal. “That’s why, my menu, has a lot of French and Italian dishes. I’ve even introduced some Asian. I consider myself a citizen of the world and I want my menu to reflect that. So, I want to add anything from Indian to Indonesian. I don’t want to be categorised at all,” she says.

Not everything was plain sailing, especially once Covid arrived.

Sam tells how, despite her contract ending, she was trapped on board. She was supposed to disembark in the Seychelles and head home but that country closed its borders. Ocean liners were seen as high risk and every port they reached reacted in much the same way.

She was finally allowed to disembark in Perth, Australia.

“It was weird. What we knew about what was happening in our home countries came from text messages and phone calls from family and BBC and Sky News. So, when I got off the ship, I was handed two pairs of gloves and two masks. I was like ‘oh my gosh, am I going to touch something and get Covid.’ I had no idea what it was about.” 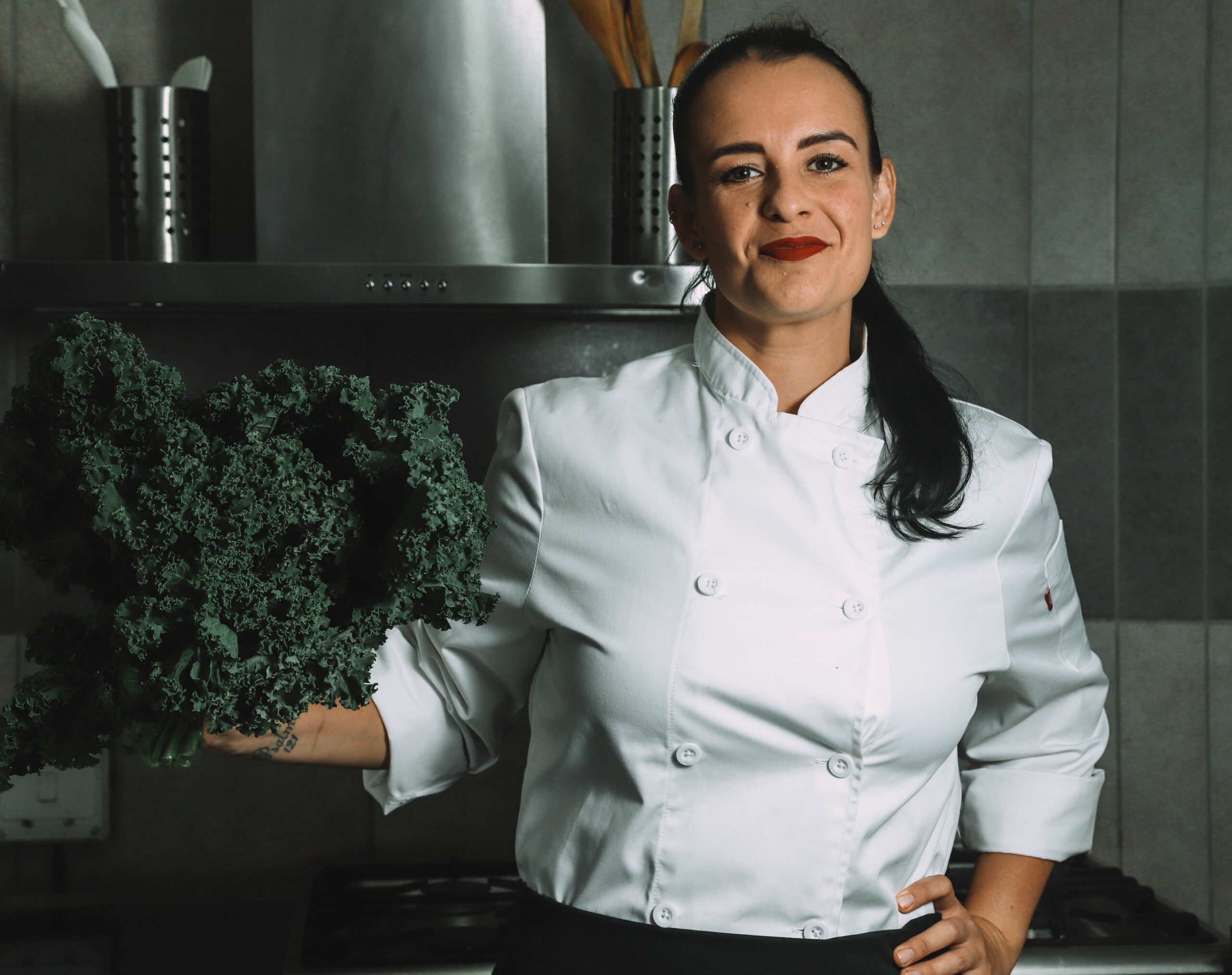 A brief quarantine in Australia, four flight connections and a further 14-day self-quarantine in Durban followed.

“In Australia, they kept us in a quarantine hotel for twelve hours. We weren’t allowed to leave our rooms. It was a ten thousand Australian dollar fine if we did. They gave us food in these little weird polystyrene containers. It was very strange,” she remembers.

Once home, she settled in for some rest and relaxation, confident that all would be over in a few months. But it wasn’t and she soon realised that goodwill messages from the shipping company weren’t going to pay the bills.

It was also a time for some introspection.

“For many years, I had neglected my health and my body. Work was stressful and I had just existed much like a perpetual 20-year-old. This left me in a negative mental and physical space. I was extremely overweight because of the stress of living on board and drinking and eating too much.”

She moved from Netflix to You Tube and started researching potential lifestyle changes. “I decided that I was going to eat right and start looking after myself.  So I started counting calories. I lost eighteen kilos. It wasn’t immediate. It took ten months but it wasn’t hard. Once you plan ahead in terms of eating, it’s not difficult to do. You’ve just got to stick to your plan. That’s why I came up with calorie conscious frozen foods. “

PUTTING LIFE LESSONS ON THE MENU

What Sam soon realised was that most people didn’t have time to calorie count. Taking out a scale and weighing food was a hack, especially for working Moms, professionals or empty nesters. So, she decided to do the calorie counting for busy people and freeze these into portion sizes that could be ordered and included in a healthy eating plan.

She says that the hotel kitchen was empty and unused during the Covid lockdown, so she started working there and filled up a few freezers with her food. Her first customer was a friend and busy mom who owns a beauty salon up the road. Orders from her friends followed and Sam then decided to put a small ad on a neighbourhood Facebook page in Durban North.

The name for her business came from her love for bistro type food – stews and hearty meals, cooking with wine and herbs and big flavours.  Her younger sister, Jasmin, came up with the logo. 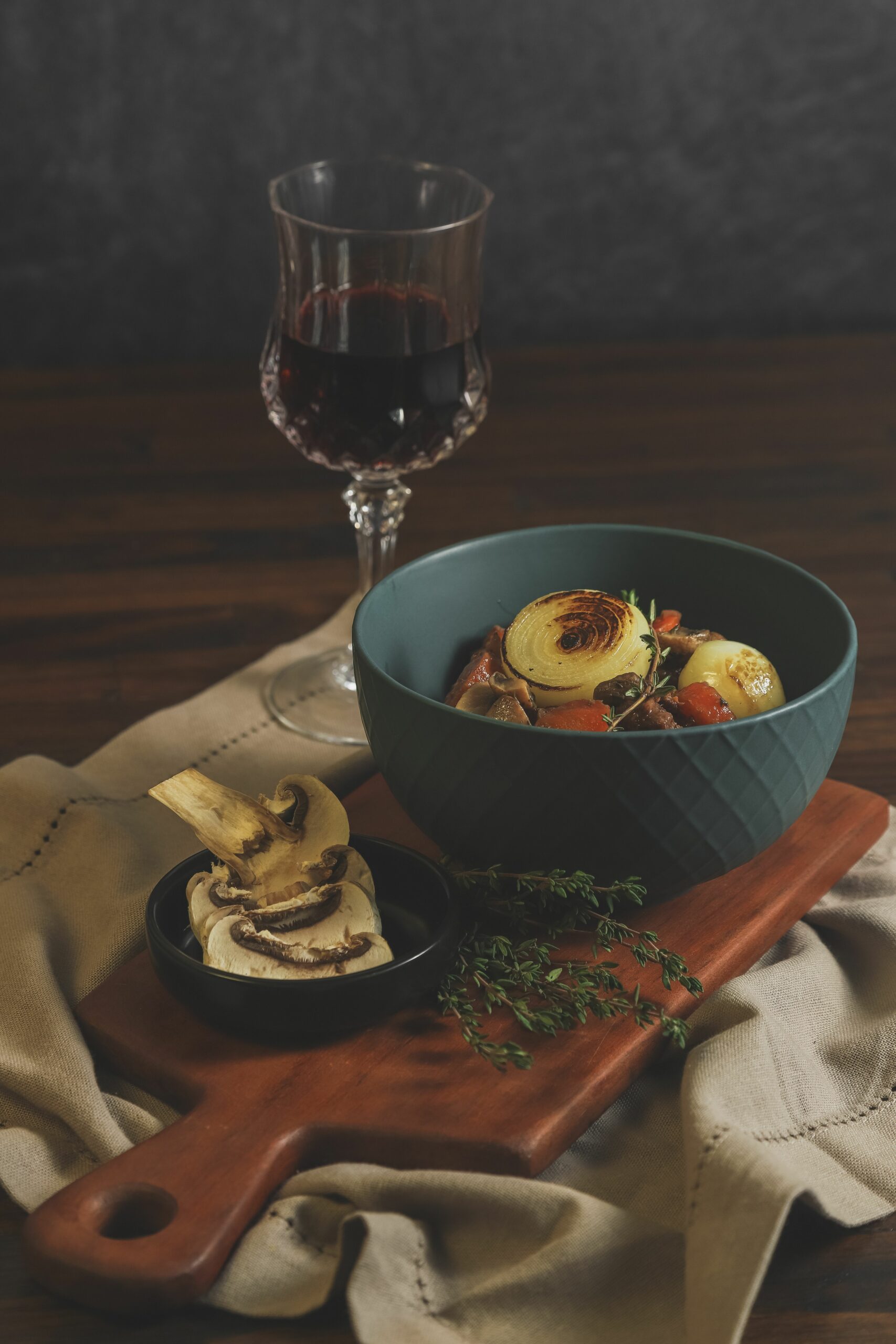 Once she began compiling menus, she enjoyed the opportunity to cater for vegetarians and vegans.

“I wanted to create a lot more variety than what is usually offered for vegans. “Thomas Keller opened restaurants on our fleet of ships. So, I was trained to prepare vegetarian meals and work with things like lentils and chickpeas and beans. No-one likes to cook this sort of food because it often sticks to the bottom of the pot and then burns and overcooks. It takes hours. So I decided to look at how I could incorporate all of these legumes and things into meals.” 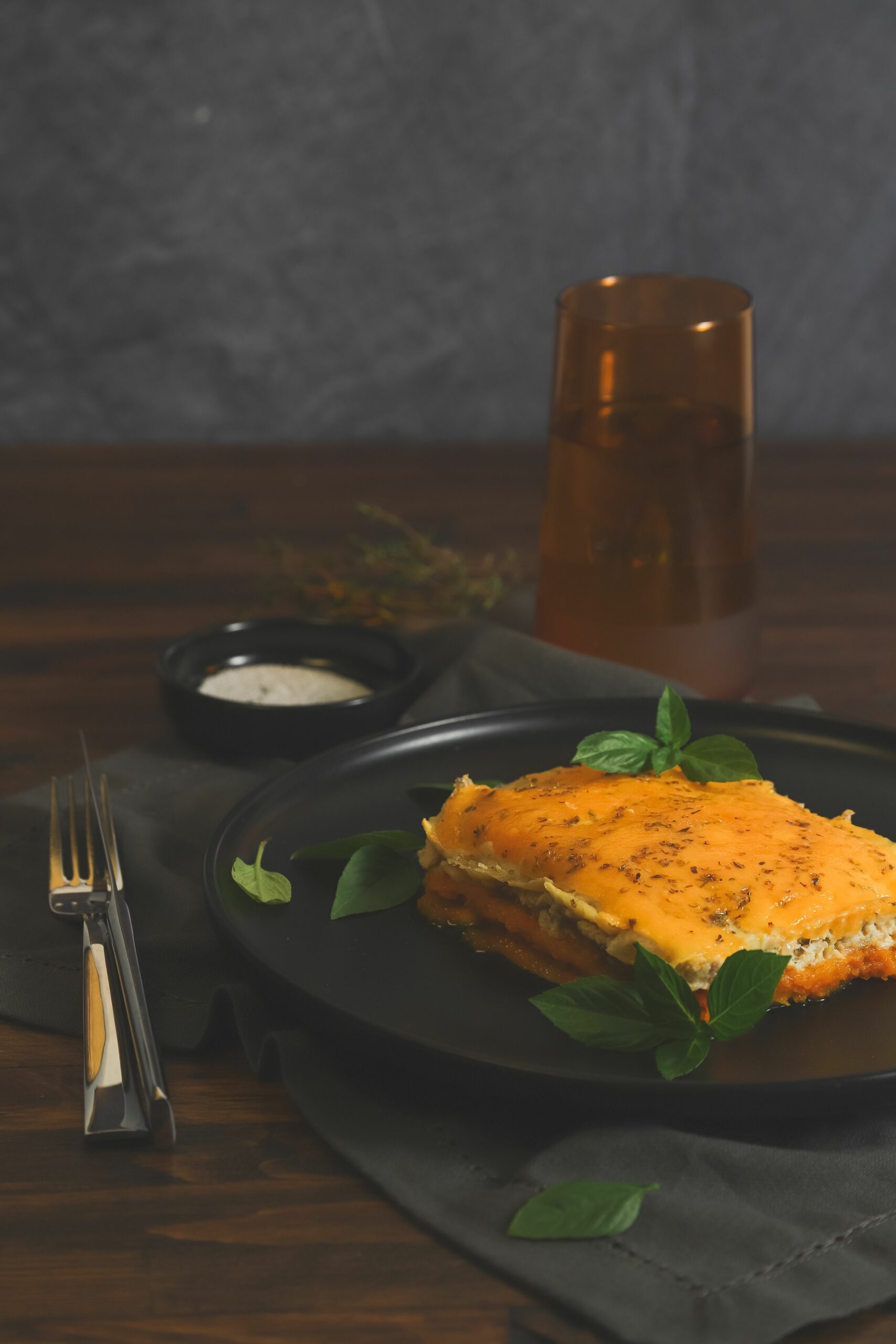 She also began looking at popular but conventional foods such as beef cottage pie and working out how to make them a little different whilst keeping the essence of the dish and eliminating calories.

“I’m not recreating the cottage pie; I’m just making tweaks to it. I would like to hope that I’m improving it. So, I strain, I cut, I shred, I take fat off, I take skin off, I am pedantic. Anything lean that I get from the butcher, I go through myself and make sure it’s leaner”

Then Sam rose to the challenge of making healthy food appealing for kids.

“So, I did some pastas, like my bacon and butternut mac. The sauce is mostly butternut puree and kids who battle with eating vegetables are okay with that.

“Then I thought let me just put a couple of stews on there that take me three or four hours to make because no-one’s going to want to do that at home,” she says.

She also believes that it is easier to make healthier food more economical when preparing larger quantities. “To be able to cook the way I do, people would have so much waste. It doesn’t make sense to make these recipes for just two. I am making fifty to a hundred portions at a time. For people to try to make what I’m making at home would cost them double,” she says.

She continues: “I never call my food diet food because diet food is that same boiled chicken and salad. It’s horrible, and your body knows. You don’t want to feel hungry or cranky because you are not getting enough nutrition. So, I make health food. I love to eat and I don’t like feeling hungry. I work long hours and I want to enjoy a meal and not be left wandering when my next meal is going to be,” she says. 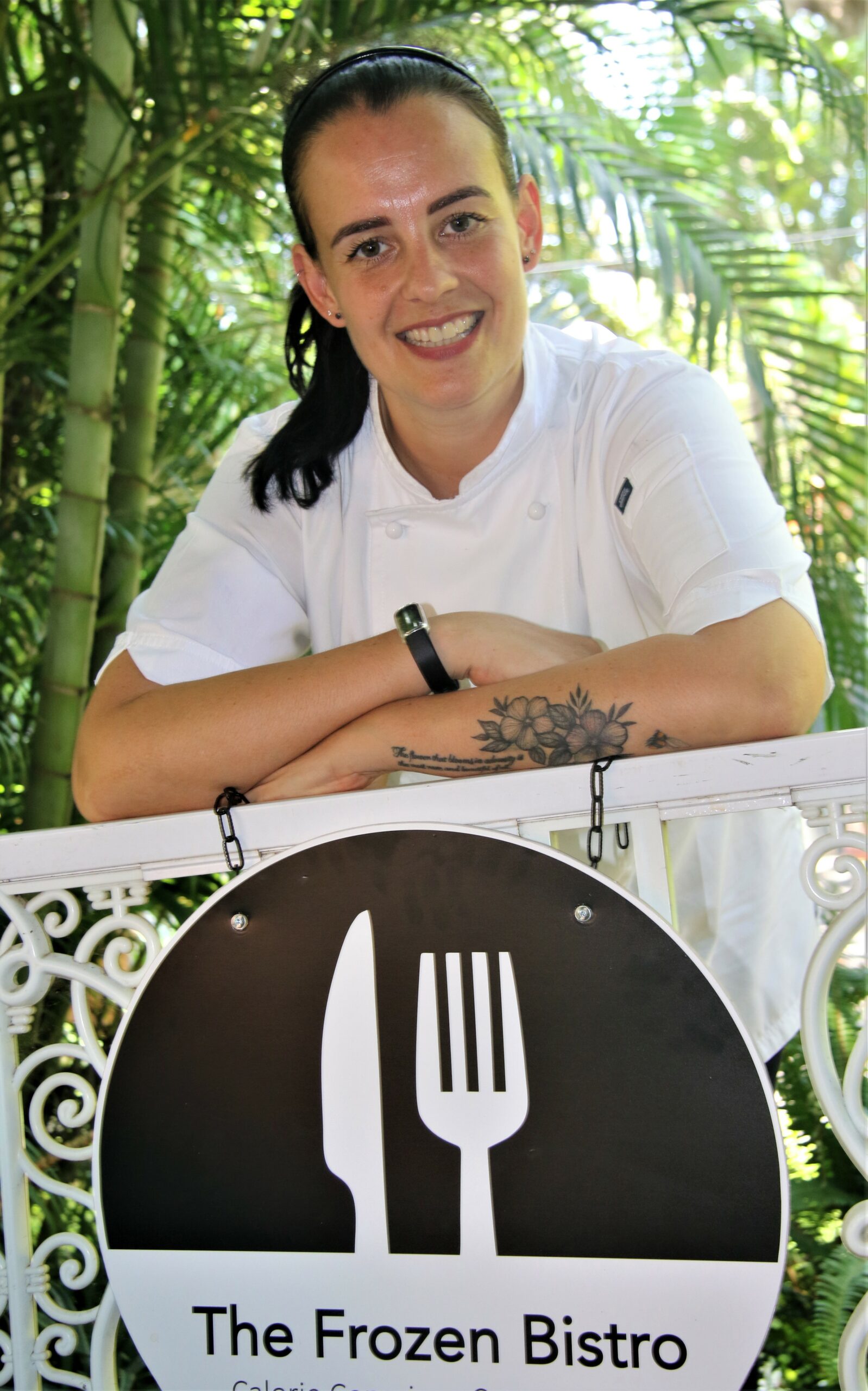