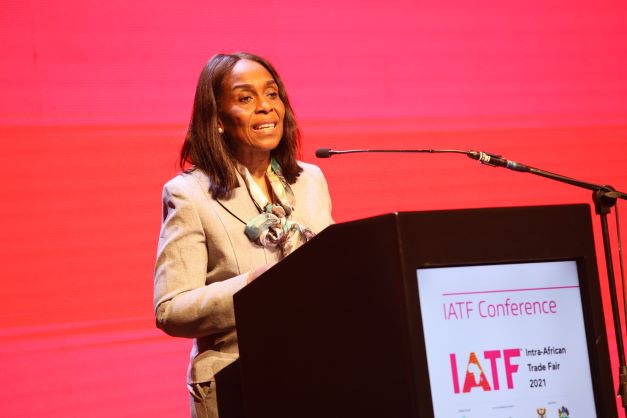 A record setting US$42.1 billion (R673.6billion) in trade and trade-related investment in over 500 deals is the latest tally of the second Intra-African Trade Fair, which took place in Durban, South Africa, from November 15-21 2021.

In a recent press conference Ms Kanayo Awani Managing Director Intra-African Trade Initiative, Afreximbank, disclosed that of the 46 countries that participated in the trade fair 43 closed deals, which ranged from financing, to trade and investment.

The top three deal achieving countries were South Africa with 94 deals, Egypt with 80 deals and Nigeria with 67 deals. In terms of value, Nigeria’s deals were significant making up at least 30% of the total value of deals achieved. Egypt achieved $6 billion and South Africa’s deals amounted to $3 billion.

The trade fair was an opportunity to redirect supply chains by encouraging buyers and traders to come and see what African countries are supplying, rather than only looking to the East or the West. The $42.1 billion in deals closed were a direct result of the IATF intervention. How would these deals have been done if we did not have this platform to bring them together?”

Lack of access to trade and market information was a major challenge to intra-African trade.  African countries are not used to trading among themselves and the low trade figures are evidence of this, said Awani.

The poor state of Africa’s transport infrastructure is often cited as a major hindrance to intra-African trade even though the current infrastructure in Africa already a carries $1 trillion in trade as is.

The trade fair’s objective was the implementation of the African Continental Free Trade Area agreement (AfCFTA). It was the platform to kick-start the exchange of goods and services information and ideas as well as help buyers and sellers connect and help investors identify investment opportunities.

Awani described the IATF as a game changing event in the year that the AfCFTA came into operation.

The deals are not an end in themselves and Afreximbank has assured that it will monitor these through to fruition.