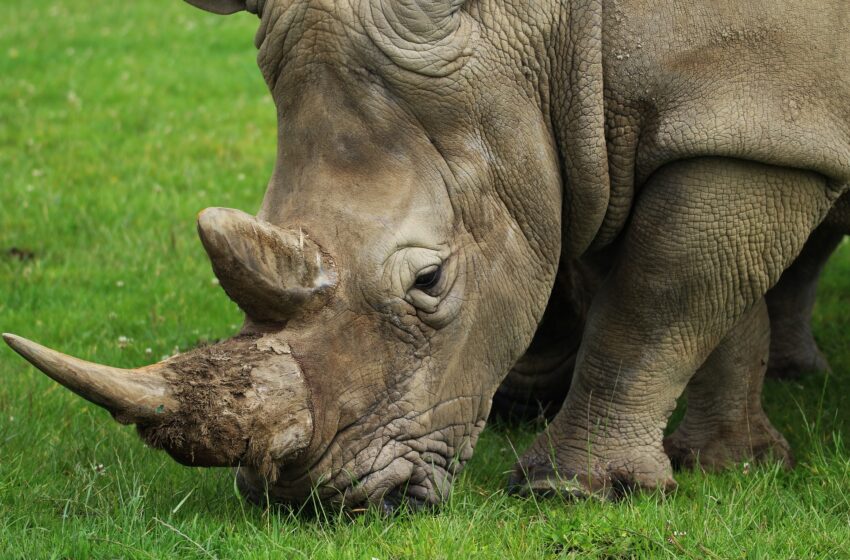 The lid is finally being lifted on a massive spike in rhino poaching in KwaZulu-Natal parks this year after the Democratic Alliance headed to court to demand the release of the first part of a report commissioned by provincial government in 2016.

Completed in 2020 And entitled Massacre Part 1, Report of the Task Team into Rhino Poaching in KwaZulu-Natal, the report has been kept under wraps despite the fact that rhino poaching has increased markedly in the province.

KZN MEC for Economic Development, Tourism and Environmental Affairs, Ravi Pillay. has finally admitted that rhino poaching has been and continues to be a provincial and national challenge. He revealed that 106 rhino had been poached in KZN parks this year –  a number that is already above the total of 102 animals killed during the whole of last year.

A total of 93 rhinos were poached in KwaZulu-Natal parks in 2020, indicating not only a steady increase in poaching but forcing the MEC to admit to the perpetrators being a “severe syndicated operation” that displayed disturbing level of brazenness.

The MEC admitted that there was suspicion of collusion between criminal syndicates and those tasked with conservation. this has been an ongoing problem.

In February 2022, Sizwe Buthelezi was sentenced to 10 years’ imprisonment in the Durban Regional Court for inter-alia possession of rhino horn and unlicensed firearms. He is a former police officer who served on the KwaMsane Tactical Response Team.

“We recognise that the starting point in the anti-rhino poaching effort in KwaZulu-Natal is within Ezemvelo KZN Wildlife. This entity has been in a poor state of affairs for some time leading to the former board’s dissolution. The appointment of the new Board of Directors is imminent. The process would have been concluded last month, but it was interrupted due to the recent floods.

“The appointment of the new Board will be a critical milestone in the institutional recovery of Ezemvelo KZN Wildlife as a whole and our anti-rhino poaching efforts as well. In the meantime, rhino poaching continues to be treated as a priority crime and has the support of the highest level of the SAPS, including the Provincial Commissioner,” Pillay said.

However, conservationists believe that a single incidence of flooding does not excuse years of procrastination by provincial government.

Pillay said that provincial premier, Sihle Zikalala, had tasked his department with processing and implementing the recommendations of the report but said that this was a work in progress.

“While the security forces are responding and an increased number of rangers has been deployed,

we are mindful that it is only provincial, national and international coordinated responses that will have a long-term effect,” Pillay said.

He added that he believed that it was not in the public interest to release the rhino poaching report into the public domain at this stage.

“Indeed, the authors specifically classify important parts of the report because of the sensitive nature concerning its impact on further investigations. The broad thrust of the report is receiving attention and will require a multi-disciplinary approach between Ezemvelo KZN Wildlife, the National Department of Environmental Affairs, SAPS, NPA and State Security,” he stated.

Although it seems there are no updated national statistics against which the KZN 2022 poaching statistics can be compared, the national Department of Forestry Fisheries and the Environment disclosed that a national total of 451 rhino were poached in South Africa during the whole of 2021.

This latest spat over rhino poaching and the shadow of corruption within the provincial conservation authority comes just two years after Pillay’s predecessor Nomusa Dube-Ncube visited the Hluhluwe-iMfolozi Park (HiP) to celebrate the creation the province’s first smart park.

Backed by donor funding from the likes of the USA, this smart park apparently relied on state-of-the-art technology and on the ground response and claimed to not only monitor rhino poaching within the HiP but also Mkuze and privately owned parks in the region.

Speaking at the time, Ezemvelo’s rhino security co-ordinator, Cedric Coetzee said: “One of the key elements when fighting rhino poaching is understanding that this is organised crime. This is not about bush warfare but about trying to ensure early detection and reaction to eliminate this threat.”

Equipment demonstrated at the time included a sophisticated computer system that provided real time data and helped to co-ordinate reactions to incursions, 80 infrared camera traps that were carefully camouflaged in strategic spots throughout the park, improved equipment for rangers and both drone and helicopter back up.

However, suggestions of funding constraints, a lack of equipment for those fighting rhino poaching in the province and a need for the deployment of helicopters and drones has now surfaced.