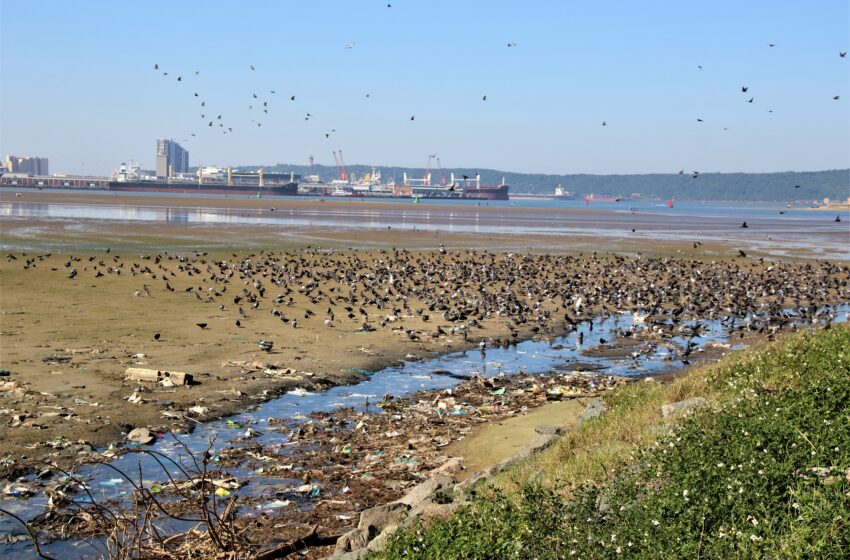 An injection of about R50-billion post the April flooding could be the shot in the arm that Durban’s beleaguered economy needs, proving that there are still silver linings for a province that has weathered everything from hard lockdown to devastating rioting and looting as well as massive flooding.

But they said it would bounce back from both the looting and the floods.

“South Africa seems to be a two-year recovery country. After the 2008 global financial crisis, it took us about two years to bounce back. With Covid, we are pretty much in the recovery phase after two years. However, for the riots and the floods, recovery is probably going to be quicker than two years. We expect most businesses to be up and running within three months. Properties will start coming on stream within a period of 8 to 12 months,” Mthuli predicted.

He acknowledged that the business disruption experienced by the commercial property and business sectors through the unrest and floods was immeasurable. The process to rebuild the commercial sector to what it was before the July 2021 unrest was still not complete and the recent floods had stalled this a little longer.

“Both tenants and landlords have suffered a great deal of financial loss. Landlords have a better chance of recovery but some businesses will, unfortunately, be gone for good,” he said.

Loos added that the most devastating impact came from hard lockdown which saw large segments of the economy come to a standstill. Difficult as current circumstances felt while the province began to pick up the pieces, he said the actual impact was “not even close” to the damage wreaked by the pandemic.

“But, of course, there’s a cumulative effect. KZN must be getting a bit fatigued now. Put that all together and it becomes quite a big economic and property market impact. Actually, you can’t quantify these things. Economists like to do that accurately. But, until after the fact which is a few years later, you can’t see the whole impact,” Loos said.

Mthuli noted that it was understandable and inevitable that local government had turned its focus to the human cost an socio economic impact of the recent flooding.

AN ATTEMPT TO MEASURE THE IMPACT

Both the rioting and the floods had caused significant reputational damage when it came to doing business in Durban, the FNB experts warned.

Wryly observing that KZN seemed to have “a way of attracting more disasters than the rest of the country”, Mthuli noted that the cumulative numbers were understandably shocking.

The KZN riots in July last year cost the KZN economy an estimated R20 billion, impacting on 400 shops, 4 100 ATMs (something seldom spoken about but equating to the biggest ever cash heist ever carried out in South Africa) and 40 000 business. Lost stock amounted to at least R2 billion and 150 000 jobs had been put at risk.

“10 months later, we have floods in KZN with infrastructure loss and a broader economic impact of R70 billion,” he pointed out, adding that this did not include the impact of lost communications infrastructure, water shortages and electricity outages and road closures that curtailed operations for almost all businesses in the region.

Perhaps the most devastating impact was on Durban harbour, the country’s busiest and largest port as well as an important economic catalyst for the region. Pointing out that recent events had exacerbated already concerning productivity and operational shortcomings at the port, Mthuli said that there was currently a backlog of 9 000 containers that operator TPT needed to clear. These were, in turn, delaying the movement of goods waiting to leave the country.

The silver lining was not for the troubled Durban port but for others who could benefit from the backlogs. He said that disruption of the Durban harbour would have a positive spin-off for other harbour cities such as Cape Town, Gqeberha and East London. Already, he said, conversations with customers suggested that Richards Bay was looking at stepping in to the breech.

Mthuli echoed the predictions of environmental scientists who have suggested that climate change will result in more severe and more frequent flooding of coastal areas.

He warned that flooding was not new to KZN with similar but less distressing events also being reported in October 2017 and April 2019. “So, you get a sense that, every two years, there’s going to be climate and flood events in this coastal market.”

Wider research showed Mthuli that the lion’s share of Durban’s industry was at risk of continued flooding as they were located within the 100-year flood line mapped out for the city.

To the north of the city, six out of 17 rivers were reported to have experienced severe floods while, to the south a further six rivers had experienced the same. All of these rivers had been impacted by the recent floods.

“The most interesting observation was that the rives, especially those to the North of Durban, are actually known to have the least or lowest mean annual run off. This says that these rivers don’t carry as much water when compared to other rivers in KZN. But, this time around, they obviously carried such high volumes that there was damage in the corridors that these rivers pass through.

“What is also important to note is that the infrastructure also contributed to some of the damage that we actually had in KZN. It is well known that the storm water drainage does not have the necessary capacity to carry these shock storms,” he said.

The issue of ground stability and recent building excavations had also added to the damage in the form of severe mud slides.

The fact that a large portion of the population resided on the banks of rivers also created problems.

But, most disturbing of all, according to Mthuli, was that the backbone of the province (and the country’s) industrial capital also resided within these risky corridors or were situated within flood plains.

This came down to 1 200 businesses located on 2 000 properties with an overall value of R7 billion that contributed at least R500 million in earnings to the city each year.

Those most at risk were located in Springfield Park, Umgeni Industrial Park and Riverhorse Valley as well as the South Durban basin. 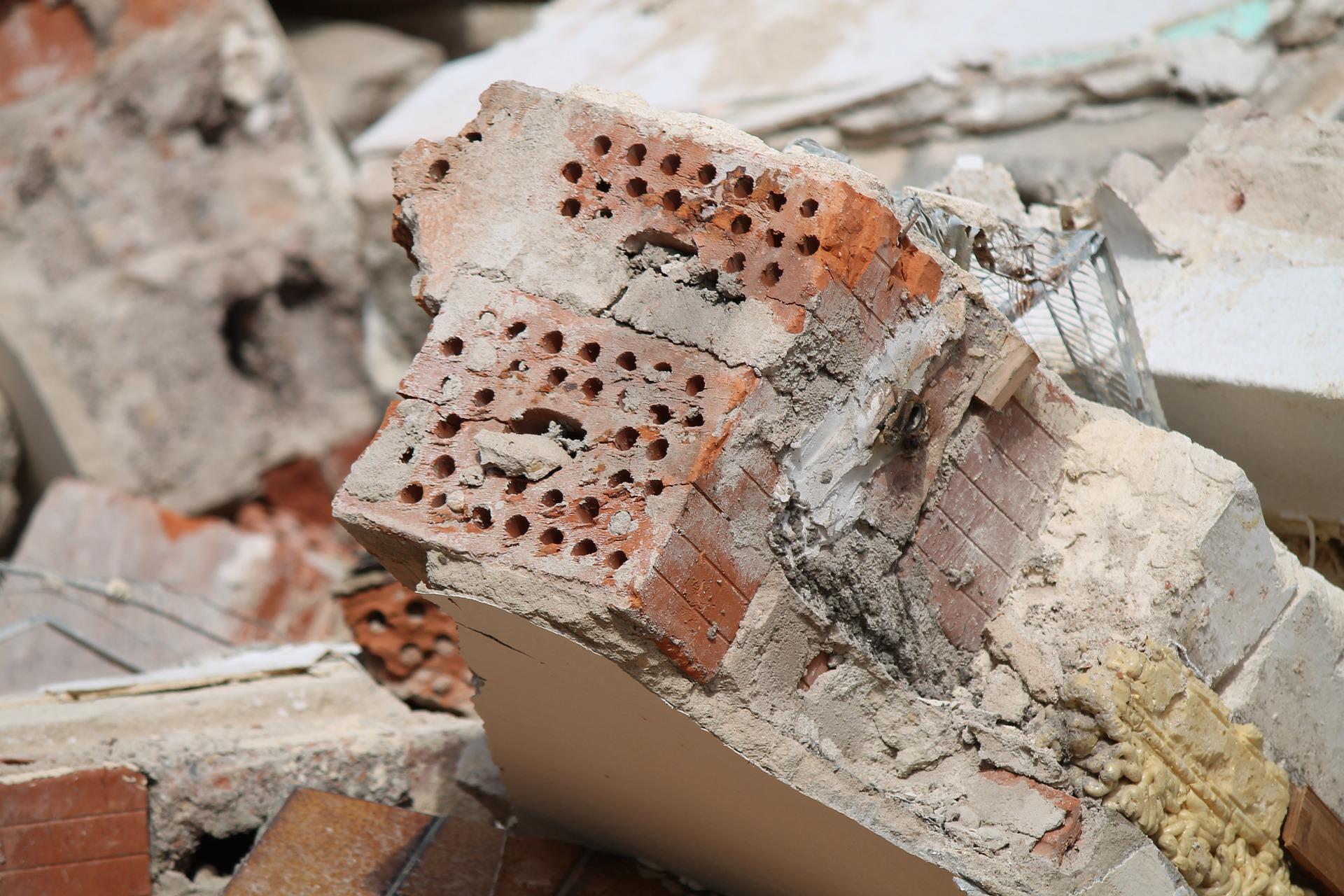 On a positive note, Mthuli said that both government and the private sector had committed to rebuilding the city.

“This means that there is going to be equal or more investment into the economy. A number of values are being brandished about – and it is most likely that about R50 billion will be invested. This could well be the trigger KZN requires to reactivate the economy and restore business confidence as well as deal with some of the social issues that we are facing as a province,” Mthuli said.

He said that while government concentrated on the repair of essential infrastructure such as roads, sewage and water and electricity connections, the private sector would be under pressure to fill gaps. This included the improvement and further development of infrastructure and municipal services that was needed to trigger growth and investment.

He noted that the good news was that, when people rebuilt, they tended to build better and more functional properties that would ultimately be more valuable and a lot more lettable than their predecessors. Although this would take time, it would have a positive spin off from a property perspective.

The down side was that there would be some impact when it came to operating expenditure. Given the pattern of flooding every two years and security issues that lingered following the looting, Mthuli said that there was a good chance that insurance premiums would increase for businesses operating in Durban.

Already, he said greater pressure was being placed on property developers and landlords to improve security. The same applied to planning and building facilities that were more able to stand up to flooding. Buildings would have to be more sustainable and resilient.

“With every risk and, in adversity, there’s always some level of opportunity. My view is that the silver lining when it comes to all these crises in KZN is that demand for industrial property will either stay the same or even increase. KZN’s warehousing and logistics inclined property will attract more demand. They are likely to experience an increase in rentals and lower vacancies as a direct consequence of reduced supply of space and increased storage periods,” he said.

Mthuli also hinted at the fact that properties that had survived both the unrest and floods would have a competitive advantage.