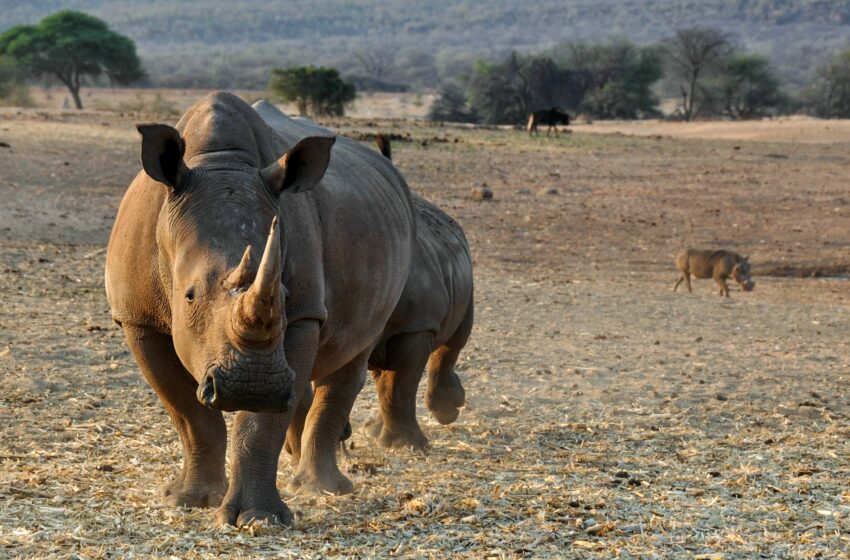 Legalisation of trade in rhino horn has long been punted as a means of containing poaching. Because rhino horns grow back like human nails, these iconic creatures could even be farmed. But a recently released study suggests that this may not be the case. Vietnamese consumers apparently don’t want to purchase horns from captive-bred rhinos. They prefer and are willing to pay more for horns from rhinos living in the wild. So, are we back to square one? 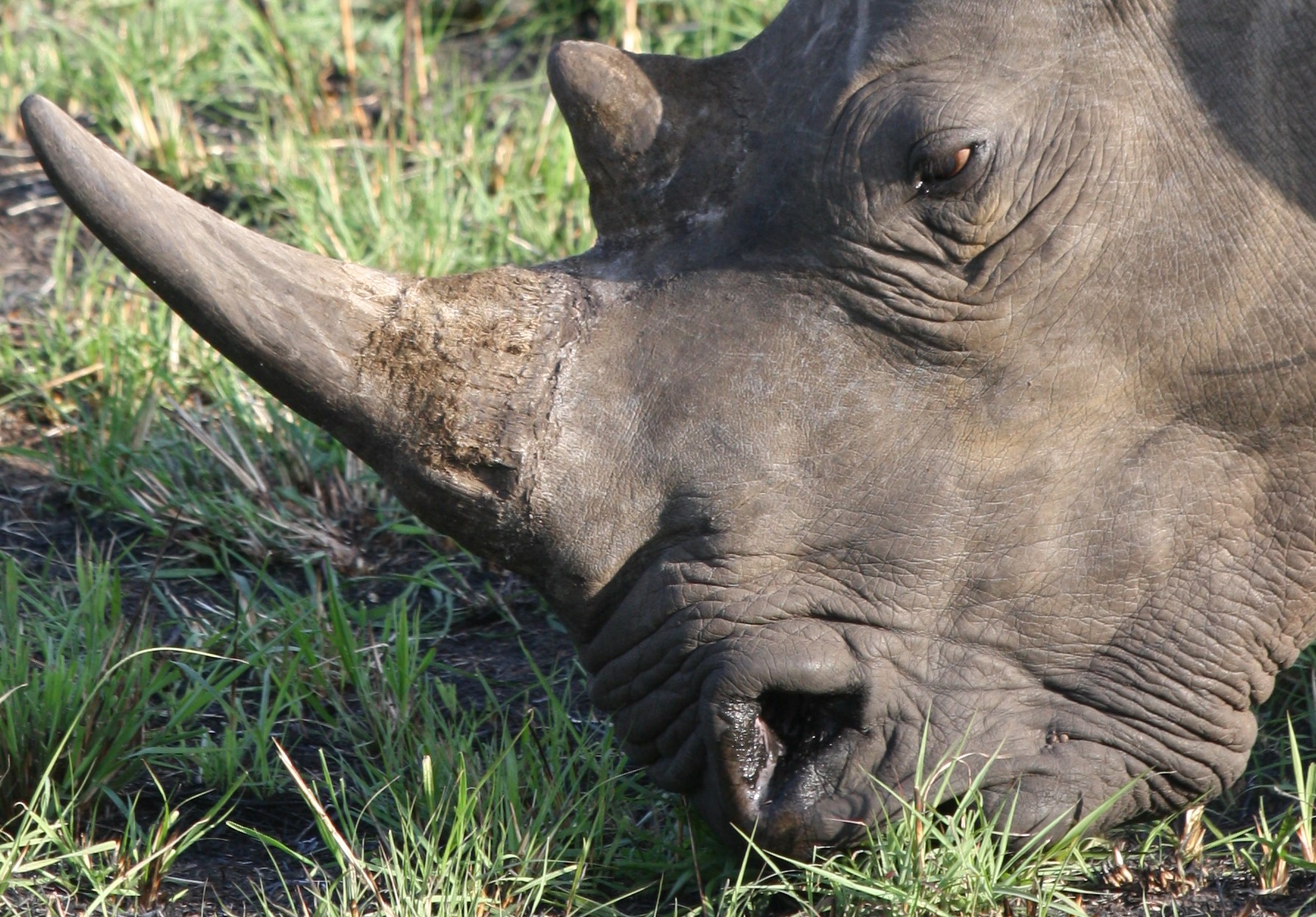 Every 22 hours, another rhino dies at the hands of poachers in South Arica.

According to the South African Department of Environment, Forestry and Fisheries, 394 rhinos were poached for their horns in 2020. The actual number of rhino deaths during 2021 hasn’t been quantified. Minister of Environment, Forestry and Fisheries, Barbara Creecy confirmed that 249 rhinos had been killed between January and June 2021 and later told the Mail & Guardian that 24 rhino carcasses had been recovered during the first two weeks of December alone.

According to Save the Rhino International, South Africa’s exponential rise in poaching dates back to 2007. Between then and 2014, poaching rose by 9 000 percent with the iconic Kruger National Park hardest hit followed by parks in KwaZulu-Natal, long seen as the hub of rhino conservation.

Despite ever more resources being channelled to stop rhino poaching in the Kruger Park, its rhino population is believed to have dropped by more than 60% since 2013.

Covid may have initially stopped poachers in their tracks but the relaxing of lockdowns and travel bans has seen a spike again.

Calculated over the past five years, poaching has, surprisingly. declined – but is this fast enough or even sustainable? Will higher numbers become the new normal?

Armed with a Husqvarna chainsaw to ply his trade, Dr. Joel Alves (BVSc) of WildScapes Veterinary and Conservation Services, who is on the frontlines of rhino dehorning efforts, explains that “while the numbers are theoretically down, the number of rhino available to poach is also greatly reduced,” painting a grim picture of the future. 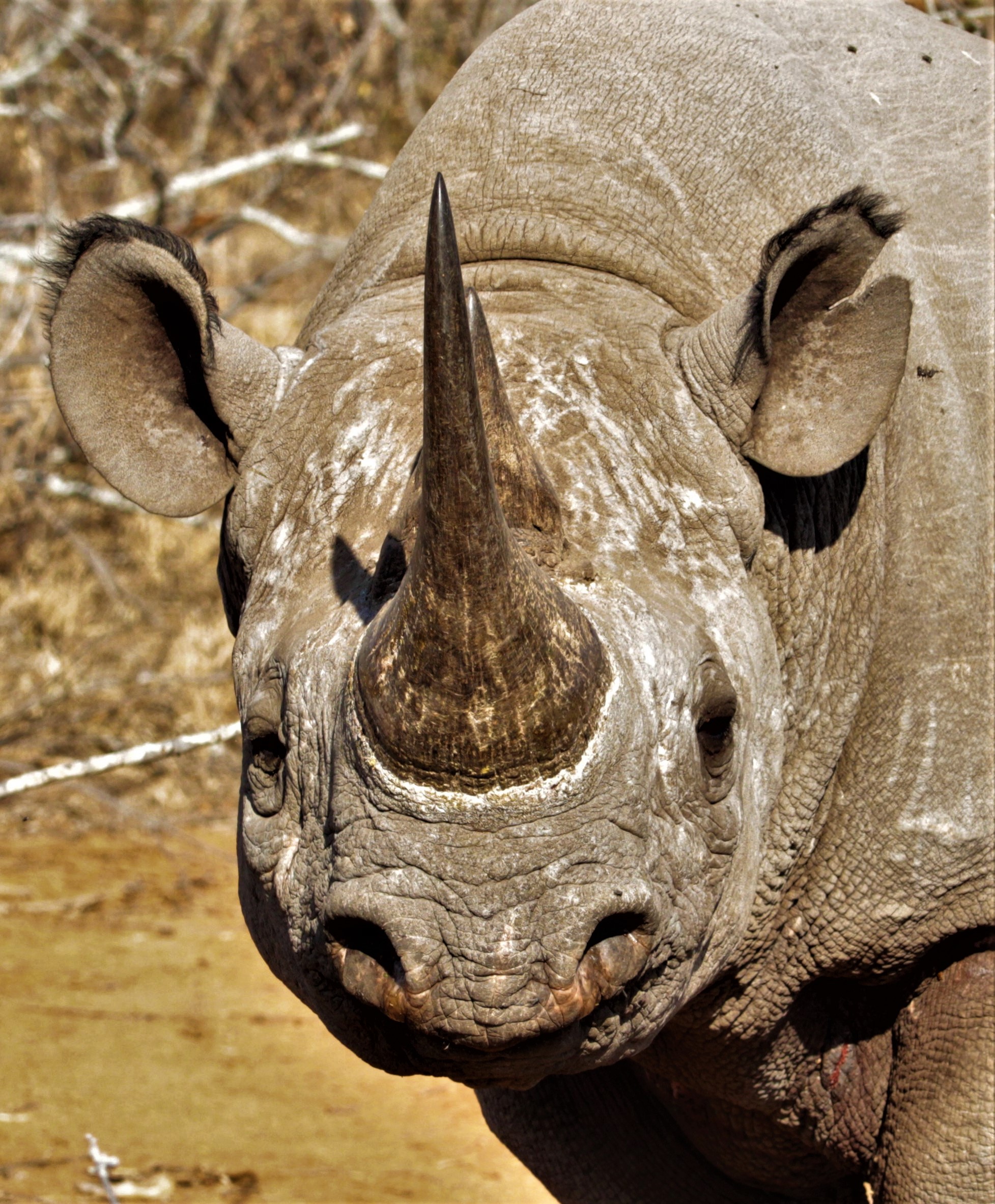 So far, the trick has been to try to outsmart highly organised global crime syndicates that have created a black market where rhino horn is more expensive than cocaine.  Standard rifles have been replaced by high powered weaponry, foot patrols by air surveillance.  Some have tried to poison rhino horn. Others have simply removed the horns in a bid to save the lives of rhinos.

Generally, it seems that de-horning means less poaching incidents as it sends poachers to other, more lucrative sources. But it is a short term solution.

As stockpiles build from dehorning and confiscated poachers’ pickings, these lucrative stashes are burning holes in the pockets of potentially corrupt officials. There are calls to legalise the sale of these horns to ostensibly fund conservation efforts, community outreach activities and even to support the eco-tourism sector that has been devastated by the near extinction of the foreign tourists that have filled the coffers of this sector up until now.

With this, the voices of those who see the economic potential of farming rhinos for their horns are rising.

Rather than throwing in their lot with rhino horn traders, conservation bodies such as Ezemvelo KZN Wildlife and SANParks are turning to international donors for sophisticated technology to keep ahead of poachers and their clients in the East. 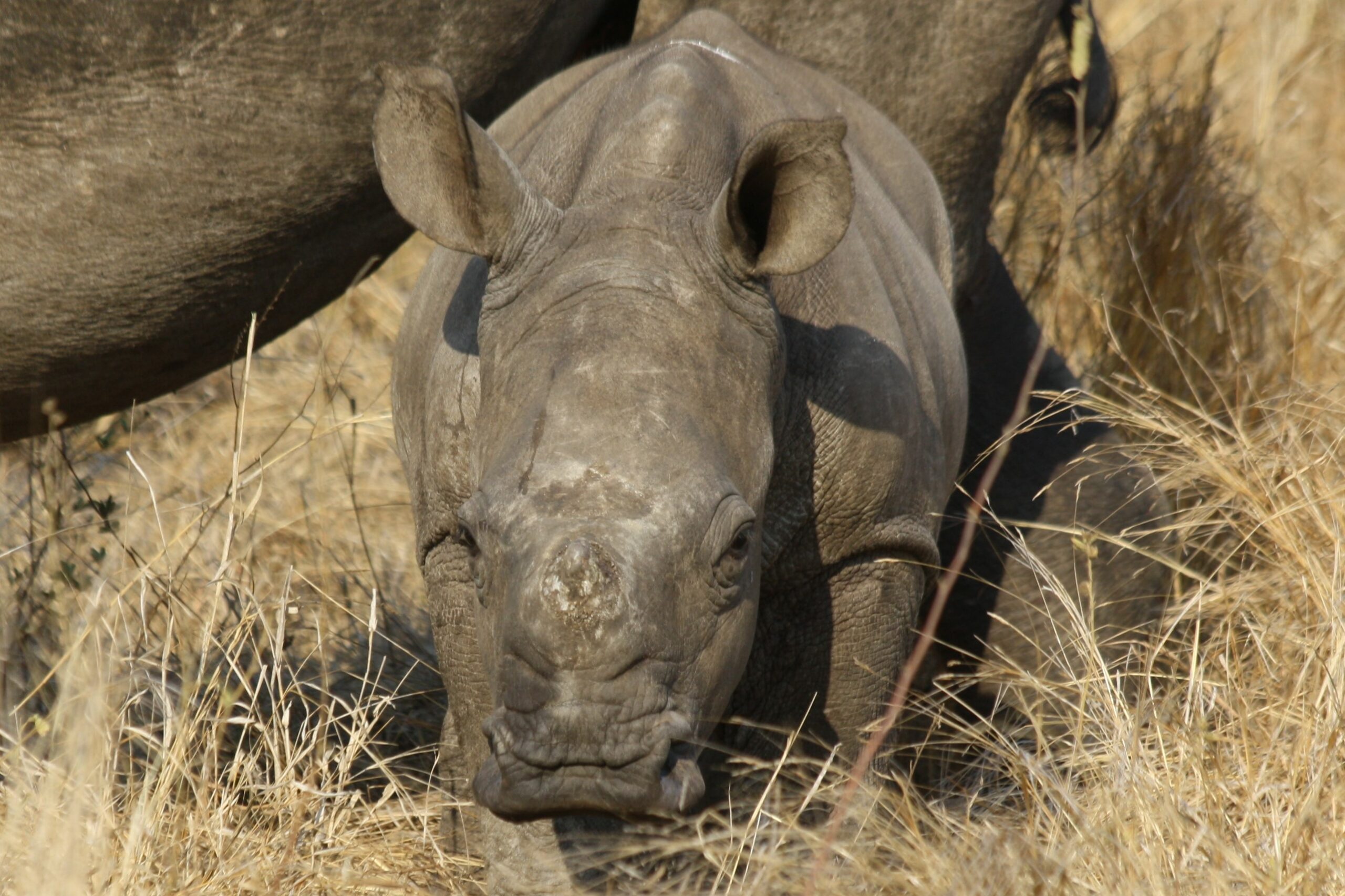 A visit to the Hluhluwe-iMfolozi Park (HiP) with representatives of the KZN provincial government just after hard lock down revealed a sophisticated nerve centre funded by international donors.

“One of the key elements when fighting rhino poaching is understanding that this is organised crime. This is not about bush warfare but about trying to ensure early detection and reaction to eliminate this threat,” explained Ezemvelo KZN Wildlife’s rhino security co-ordinator, Cedric Coetzee.

HiP is the province’s first smart park which, through a confluence of state-of-the-art technology and on the ground response, monitors not only rhino poaching within its own boarders and those of the province’s second smart park at Mkuze, but also assists privately owned parks in the region to protect their rhino.

Coetzee said that, in the past, systems were clumsy and antiquated. It sometimes took days to identify a poacher incursion or find a crime scene.

“We had to find a way to revolutionise how we responded and the only way to do that was to go digital. We had to go with the concept of a smart park, one that transmits data using blue tooth and a LoRA network that allows data to cross long distances as opposed to a cell phone system in an area where signals are bad,” explained Coetzee.

For Carmen van Tichelen, the crime scene data analyst who mans the sophisticated computer system that provides real time data and helps co-ordinate reactions to incursions or reports of gun shots, it is more like a chess game.

As poachers become aware of the sophisticated technology that is being deployed against them, they push back.

Now that they know that the more than 80 infrared camera traps that are carefully camouflaged in strategic spots throughout the park are using intelligent software that not only sends an alarm when triggered by humans, but also helps rangers to identify them, they are wearing balaclavas.

But even more sophisticated iris recognition software is not far away.

Identifying poachers and linking them to prior poaching incidents is crucial as it is usually the same poachers who target animals across the country.

In fact, according to Coetzee and van Tichelen, up to 80 percent of rhino poachers who hunt in KZN reserves come from Mpumalanga. When poaching is high in the Kruger Park, it drops in HiP and vice versa.

Up until now, locals have only played a small role as spies or transporters – although it is now feared that lockdown restrictions which have led to economic hardship and unemployment may tempt more to become involved.

The sophisticated technology used at the HiP nerve centre was developed by the CSIR and introduced into the park in 2018 thanks to a partnership between Ezemvelo and the US State Department’s Bureau for International Narcotic and Law Enforcement Affairs (INL) and the Peace Parks Foundation.

Ezemvelo is now the single largest user of this software which links teams fighting rhino poaching via a smart phone App. It not only enables those co-ordinating operations to track various ranger teams, canine units and even wild animals within the park using GPS data but also to make quick, tactical decisions in response to an alert from one of the cameras or a sensor along the park’s extensive boundary fence.

The onsite helicopter can become airborne at the click of a mouse.

Rangers immediately move into “reaction mode” using the GPS co-ordinates and intelligence supplied by CMORE while the nerve centre team can alert back up teams and crime fighting partners such as the South African Police Services.

But what technology cannot do is stop the demand for rhino horn which is precisely why would-be rhino farmers continue to suggest taking an ‘if you can’t beat them, join them approach.’

The basic logic appears sound. Flooding the market with sustainably farmed horn at more reasonable prices would in some way stem the massive black market trade in rhino horn. Legally selling the keratin rich horn which is as medically useful as clipped toe nails but nevertheless in high demand by the traditional medicine sector in the East would even provide jobs some argue.

But this could actually all be wishful thinking according to a recently released study by Vu Hoai Nam Dang and Martin Reinhardt Nielsen which was published via The Conversation, an independent source of news, analysis and expert opinion from academics and researchers. 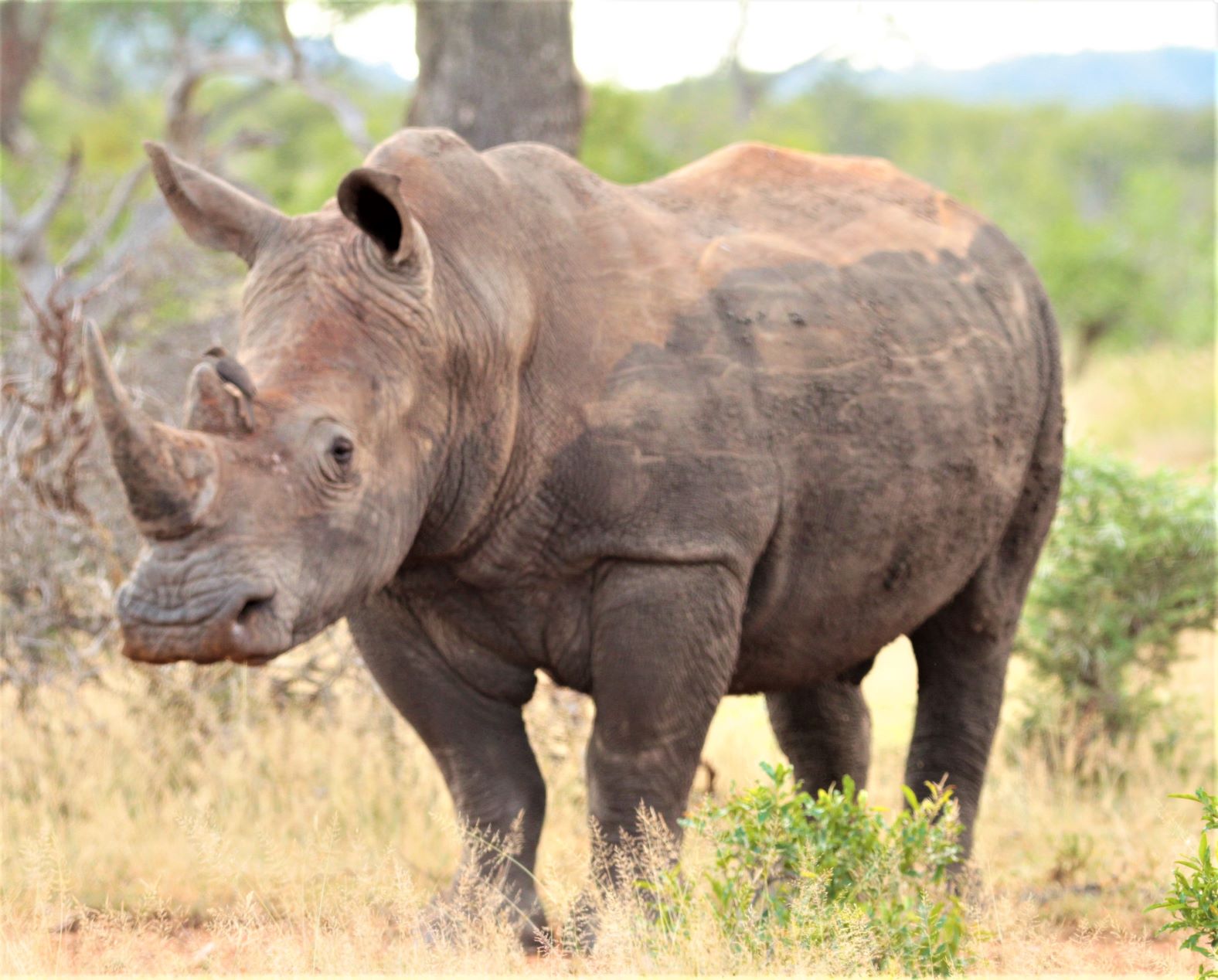 The study goes as far as suggesting that legalising trade in rhino horn could do more harm than good. Most importantly, it highlights that those that are eager to take their rhino horn to market may not fully understand their consumers in the first place.

Ethically approved by the Research Ethics Committee for SCIENCE and SUND at the University of Copenhagen and the Ethical Review Board at the Hanoi University of Public Health, this study is based on input from 345 rhino horn consumers in Vietnam.

Perhaps the most shocking finding is that these consumers do not want to purchase horns from captive-bred rhinos that are perceived as “farmed” like cattle or horses. They prefer, and are willing, to pay more for horns from rhinos living in the wild or semi-wild environments.

This is because the consumers believe that wild rhino horns have better medicinal efficacy than farmed ones. Domesticated rhino would be fed by humans as opposed to wild rhinos who fend for themselves and consume naturally occurring medicinal herbs.

In Vietnam, most rhino horn consumers purchase a small piece of rhino horn (often 100 g) that is used over a long period, ground into a powder. The powder is mixed with water and shared with business associates in parties to strengthen relationships or taken as a treatment for hangovers and for body detoxification afterwards.

There are, of course, other users of rhino horn in many different markets. Even from Vietnam, large quantities of rhino horn are on sold to art and antiques dealers from China, for example.

That’s why actually getting to grips with rhino horn consumers is very difficult, the authors of the study note.

“Only by interviewing actual consumers of this product can we generate insights into motivations for purchase and rhino horn preferences. However, because rhino horn is so expensive, rhino horn consumers are mostly senior and very wealthy individuals who are notoriously averse to investigations of their illegal behaviours,” they point out.

“Those with higher incomes were less concerned about legality. Hence, if the legal supply of wild rhino horns is not enough, they will likely buy poached or stolen horns from illegal suppliers,” they warn.

That would lead to parallel black and legal markets with the latter likely to be a means for criminals to launder their illegal wares. Actually controlling and policing a legal market would therefore be very difficult.

Would-be users who are somewhat put off by the stigma attached to the use of rhino horn as well as potential consequences could be persuaded to use legal rhino horn, thus increasing demand to potentially dangerous levels, the study also warns.

There is no clear indication that a combined black and legal market would be able to meet this demand and no way of anticipating by how much demand would grow in the first place, the authors add.

All this suggests that we are, in fact, at square one. Too little is known about the rhino consumer to take a rash decision to go legal – and, even then, this study only gives a brief peek into rhino horn trading via a small number of users in Vietnam.