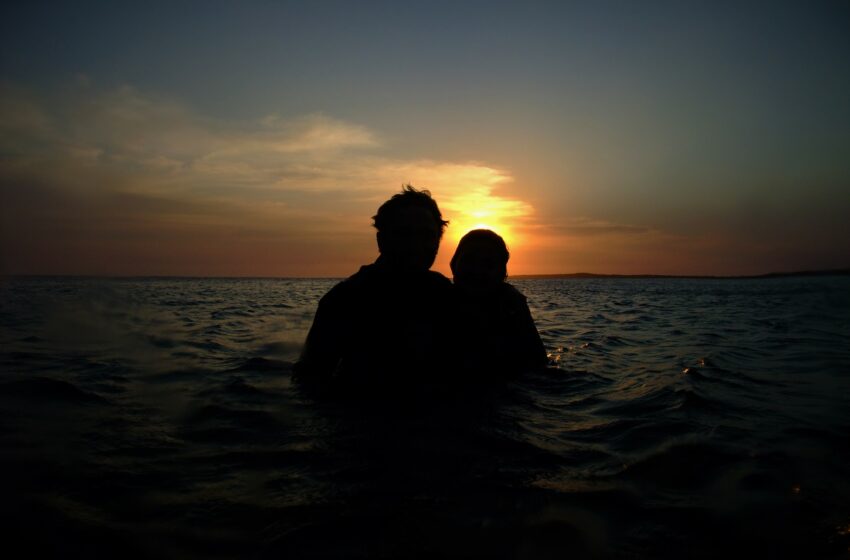 In 2017, a Johannesburg couple traded the corporate world for opening a Scuba dive centre on the tip of the Machangulo peninsular near the village of Santa Maria in Mozambique. This is their story.

Machangulo is one of the only areas on the East Coast where you can see the sun actually setting over the sea – and this is just one of the very special things that makes this marine hideaway one of the most special along Africa’s East Coast. 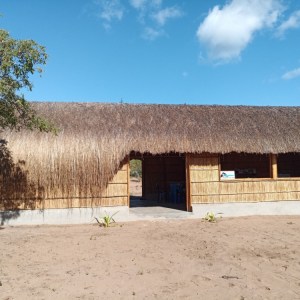 “At Machangulo, you can do shore entry diving. You can just walk into the sea, dive and walk out again. You don’t have to take a boat. At most dive locations, it takes about ten minutes to get onto a boat and reach the reef. Whereas, at Machangulo, we have two dives that are actually on the shore,” explains Raymond Shepherd, who, together with his wife  Shani, runs the exclusive Ocean Echo Dive School located on the peninsular. 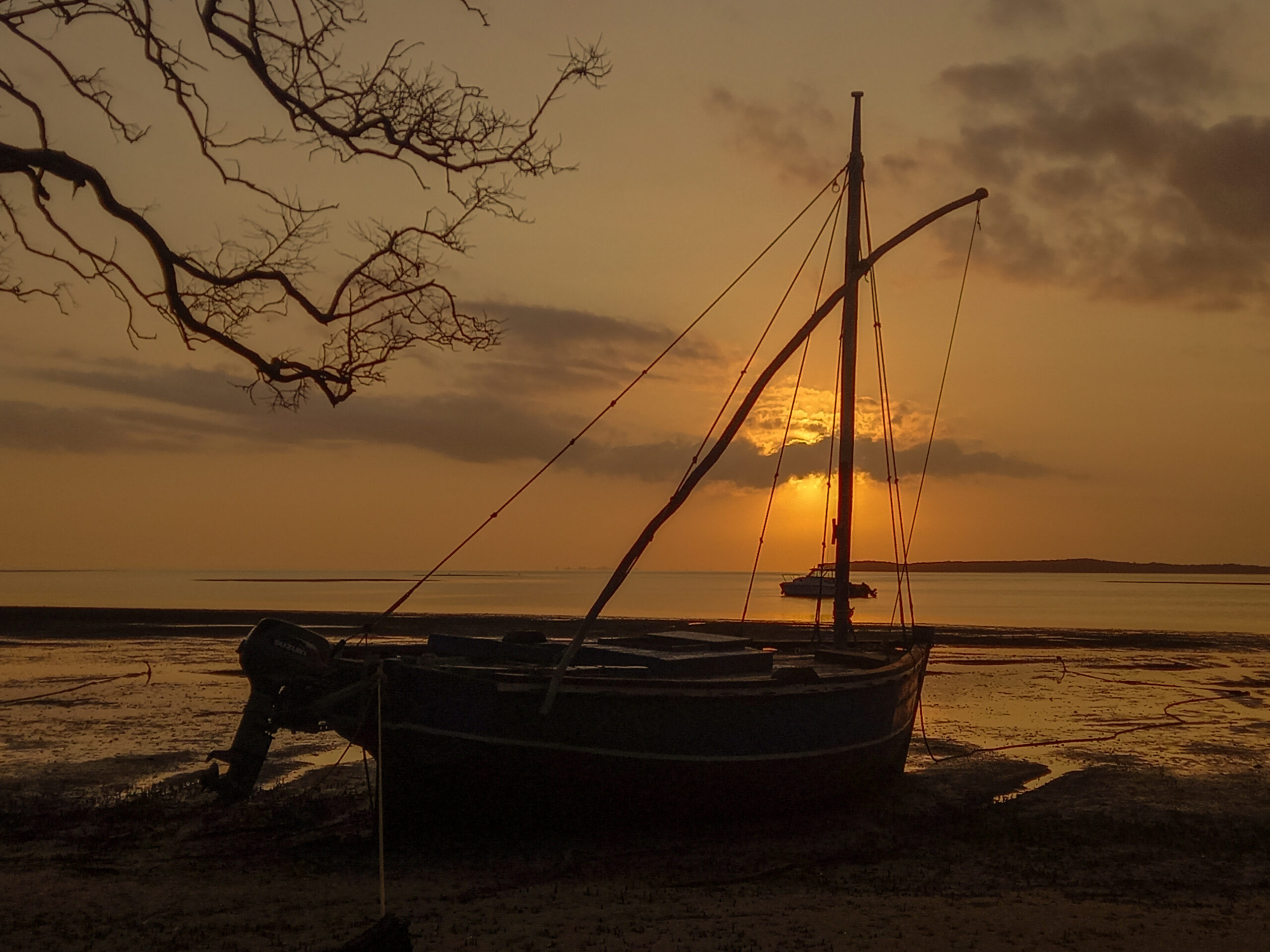 In this peaceful and almost untouched part of the East Coast, there are also reef dives where one can explore the rocks along the sea bottom, one of very few wall dives in Africa and wreck dives that not only include a few ships that have sunk on the reefs but also a submarine.

“We’ve been diving now since 2006 and it was only when I got to Machangulo that I ever saw a dragon fish. I’ve dived Aliwal Shoal, Ponta, Kosi (Bay) and Shelley Beach, all the way from Vilankulos to Cape Town and never seen one of those until I got here. So there’s definitely opportunities to see things here that you don’t see anywhere else.

“I’ve also been lucky enough to see a dugong on the point of Machangulo. A dugong is almost a combination between a cow and a horse. It swims like a dolphin but it has a very stubby nose. They’re very difficult to spot,” he continues.

In the winter, the whales come past and dolphins often come out from the little bay that forms part of the nearby marine reserve.

It is this marine reserve that is central to the experience that Ocean Echo offers – and part of the reason why the area is so remote and unspoilt.

“Then you come up along the coast and get a couple other Ponte’s before you reach the Maputo Special Reserve, otherwise known as the elephant reserve. This reserve takes up most of the peninsula and you get to us either by boat from Maputo itself, across the bay, which takes about an hour or by driving through the elephant reserve which is about 67 kilometres and takes about four hours. It’s basically a track sand road, a beach road and you need a 4 x 4,” Raymond advises.

According to Shani, what is particularly special is that the local people are very proud of both this reserve and the marine reserve that stretches from Ponta do Ouro all the way up to Inhaca Island and is home to a biological research station.

Fishing or netting is not allowed and locals frown on anyone breaking the rules. As a result, the reserve is not only home to what Shani describes as the largest crayfish that she has ever seen – “the daddy of all crayfish who has been around since the dinosaurs” – but also acts as an important marine nursery.

Ocean Echo is the only public dive centre in the Inhaca/ Machangulo/Santa Maria area.  There are a couple in Maputo across the bay but their only real competitors are in Ponta do Ouro further to the south.

“Many divers are looking for new places to dive. Ponta is very commercialized now 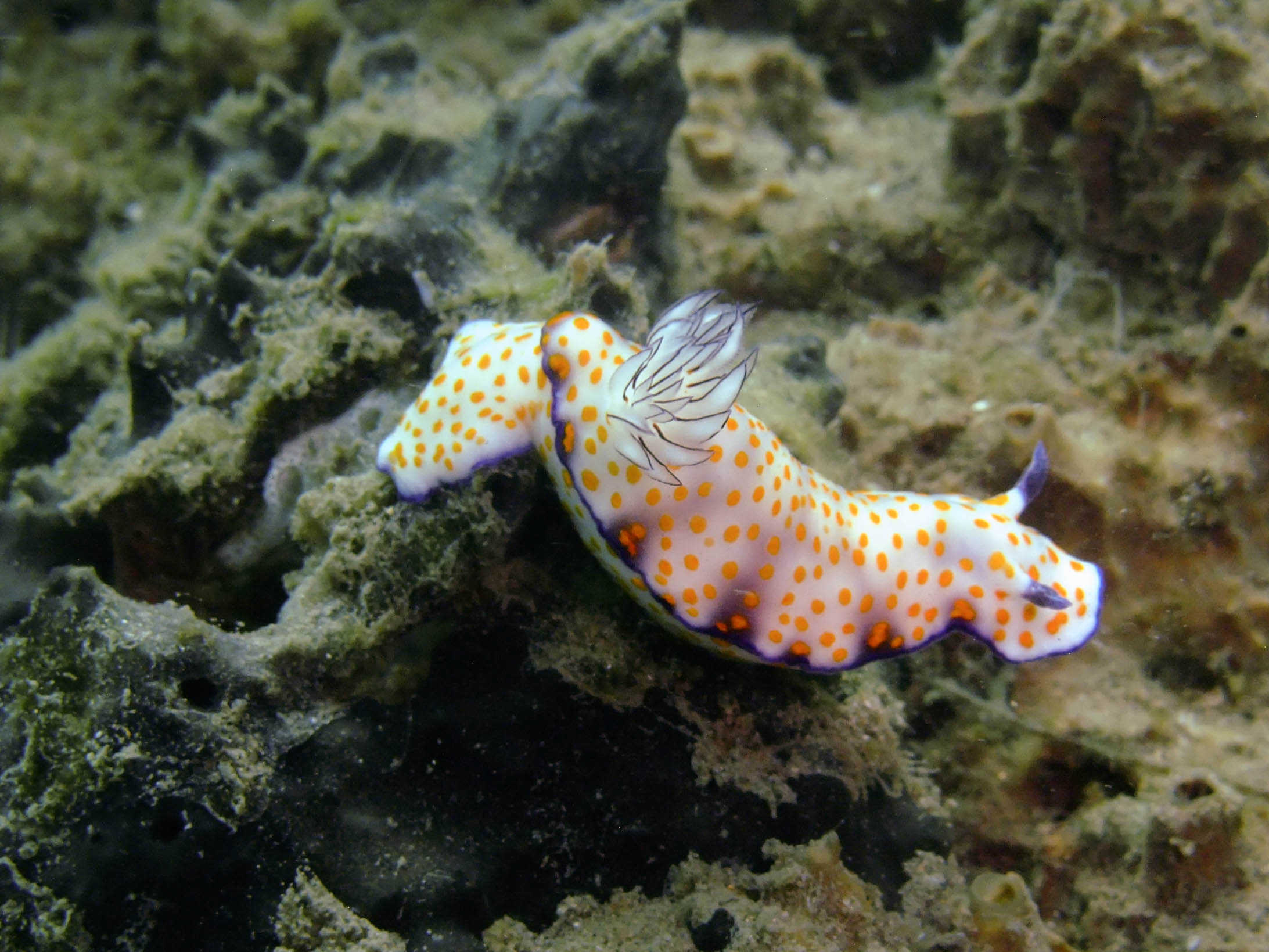 that the new tar road joining Ponta to Maputo is complete. The idea was to find a place where not many people have been. Here, you won’t get to a reef and have to share it with five other dive boats. That’s a big thing. People are looking for new places to dive,” Raymond explains. 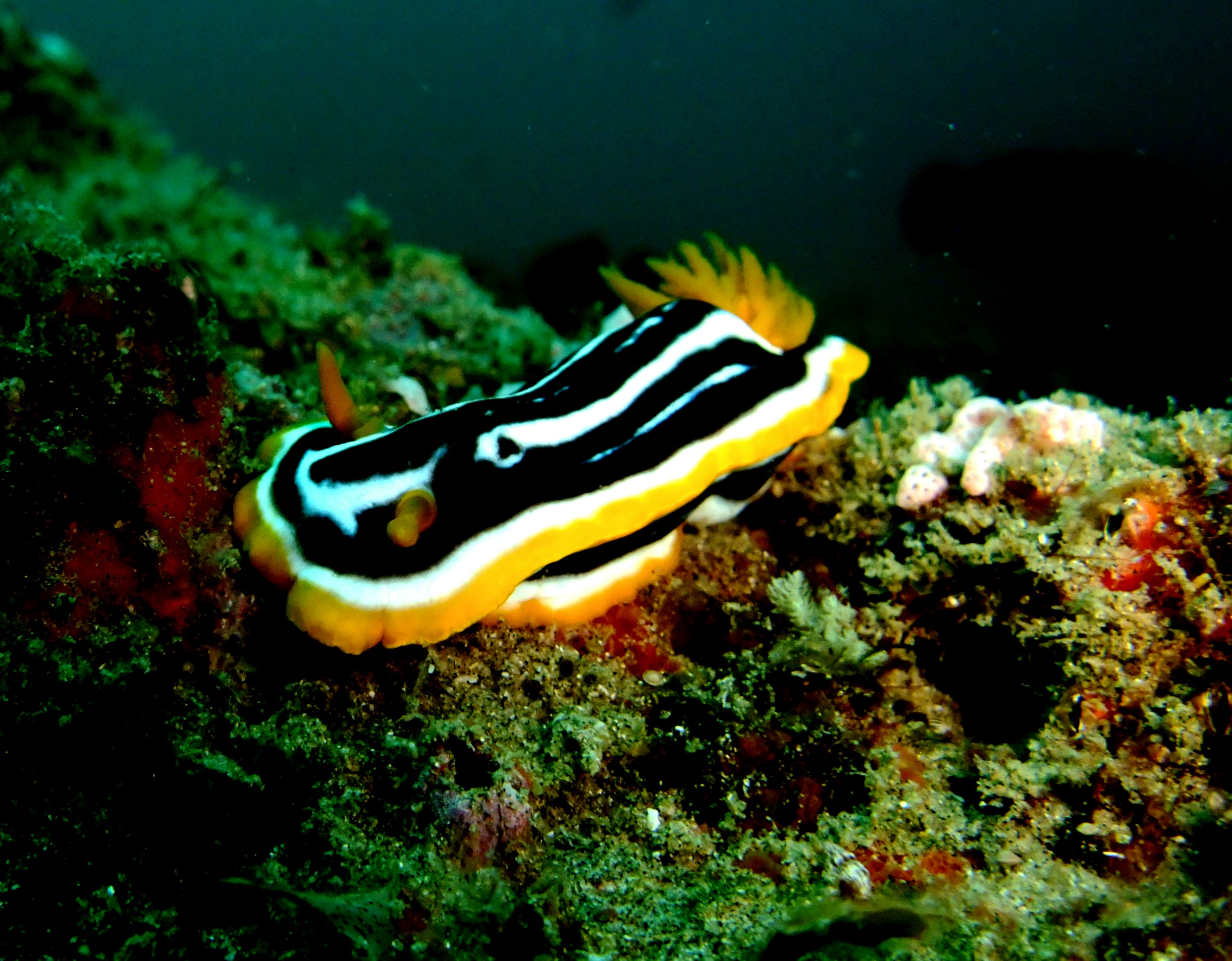 This passionate couple’s relationship with the area dates back more than 15 years.

“We came to Mozambique on holiday in 2005 for the first time and fell in love with the country and the people. We started talking about moving to Mozambique almost as soon as we got home. The idea was to open a lodge,” remembers Raymond.

But both remained immersed in the corporate world until, out of the blue, a visit to the Outdoor Show’ in Randburg in 2006 quite literally changed their lives.

“Raymond’s daughter won a PADI open water qualification prizes. After some internal family discussions, four of us decided that we wanted to do the qualification and go diving.  In December of 2006, we qualified and went on our first diving holiday in Mozambique.  We were hooked,” Shani recalls.

They realized that what they really wanted to do was open a dive charter. “We got back to Johannesburg and immediately started our journey. Over the next year, we travelled extensively and clocked up over 100 dives.”

In January 2007, Shani and Raymond decided to take their diving qualifications to ‘instructor’ level.

It proved a very busy year. Still holding down their corporate jobs in Johannesburg, they spent every weekend diving. Once a month, they visited Durban, taking to the water on Saturdays and Sundays and returning to Johannesburg overnight to slip behind their desks again on Monday mornings.

But it all proved worth it and they qualified in November 2007.

Until 2016, diving remained a hobby and side line. They launched Ocean Echo in 2007 as a social club so friends could join them on diving holidays.

Nevertheless, they kept their vision of opening a dive school very much alive and began buying solar panels, dive gear and other essentials to set up their school. 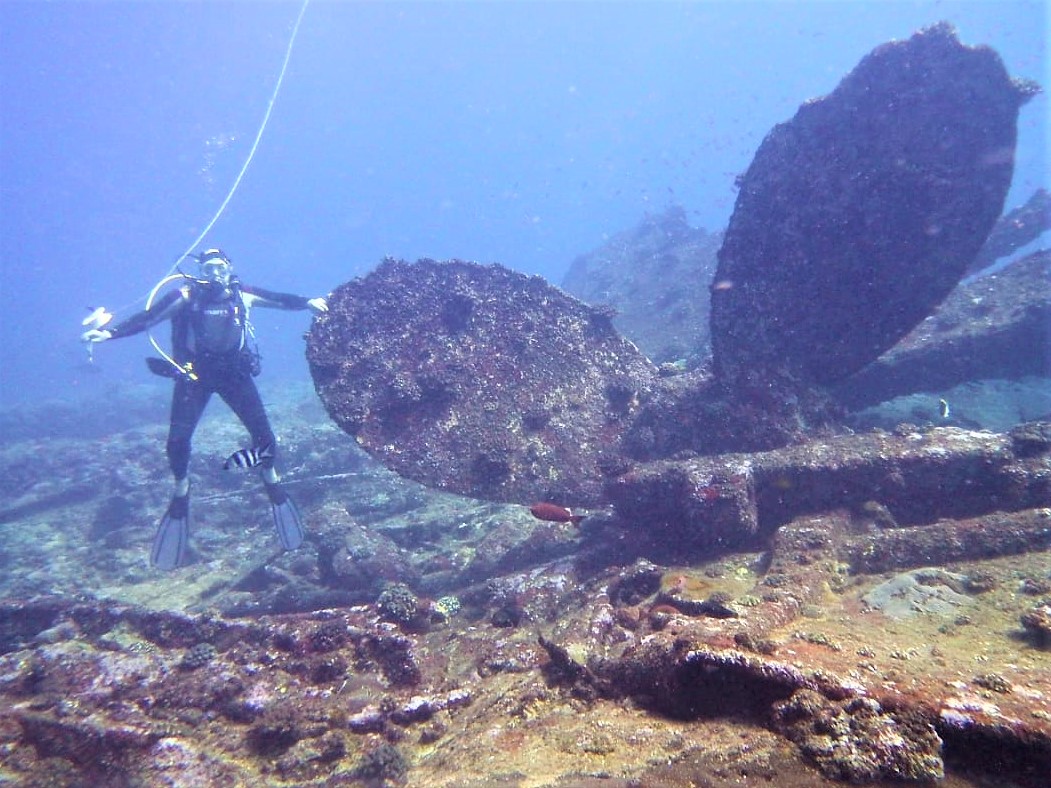 “We were introduced to a South African couple who owned a camp lodge on Inhaca Island by a mutual friend.  After visiting the camp in December 2016, we agreed that we would buy into the business and setup our dive center based at the camp. Raymond left his corporate job after 20 years and moved to Inhaca Island in March 2017 to start the process.  We employed the services of a local Mozambique ‘lawyer’ and the paperwork started,” Shani explains.

Language barriers (Portuguese is the official language on Mozambique), a host of shady characters posing as lawyers and always on the lookout for a quick buck before disappearing, bureaucracy, bribes and, finally, Covid, were the many challenges they faced.

“In Mozambique, nothing happens quickly.  Tomorrow is always another day, so getting the paperwork done takes many, many hours of waiting at government offices and many return trips to these offices.  Another huge challenge is the amount of scammers who are ready to pounce on any unknowledgeable foreigners.  The normal ‘handshake’ or ‘palm greasing’ is a big issue which made things go even slower. We decided, from the start, that we would not pay these,” Shani explains. 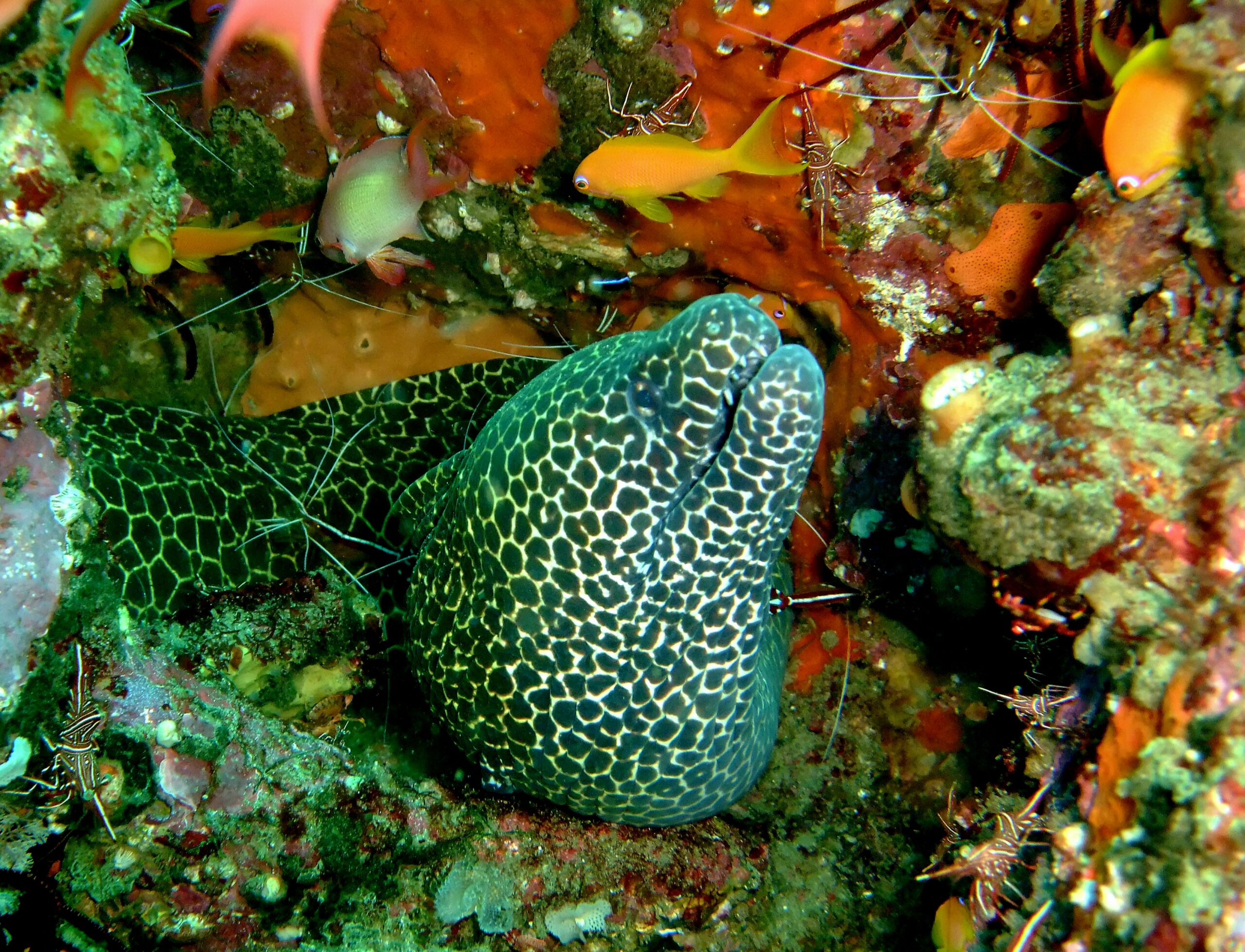 They also refused to work with anyone who compromised on safety.

Although the Mozambique business was registered in 2017, the original deal did not work out.

“After the first year, we discovered that the legalities of the camp site not up to par, so we moved away and started looking for a new location on the peninsular just across the gate from Inhaca Island.  We finally found a location late in 2020 just after the COVID pandemic restrictions were lifted and we could get back into Mozambique from South Africa,” Raymond continues.

On their return, they found that they faced huge fines for paperwork that hadn’t been done during lockdown. They decided to pay their dues and started building.

By November last year, Shani was managing the construction process while Raymond took another job on Benguerra Island to maintain the cash flow.

“I worked there for eight months. I’d come down here once a month to see Shani and look at how things were going. We finished a dive centre, a house and a guard house in March and hosted our first student as Ocean Echo the Dive Centre in May,” says Raymond.

DIVING INTO THE FUTURE 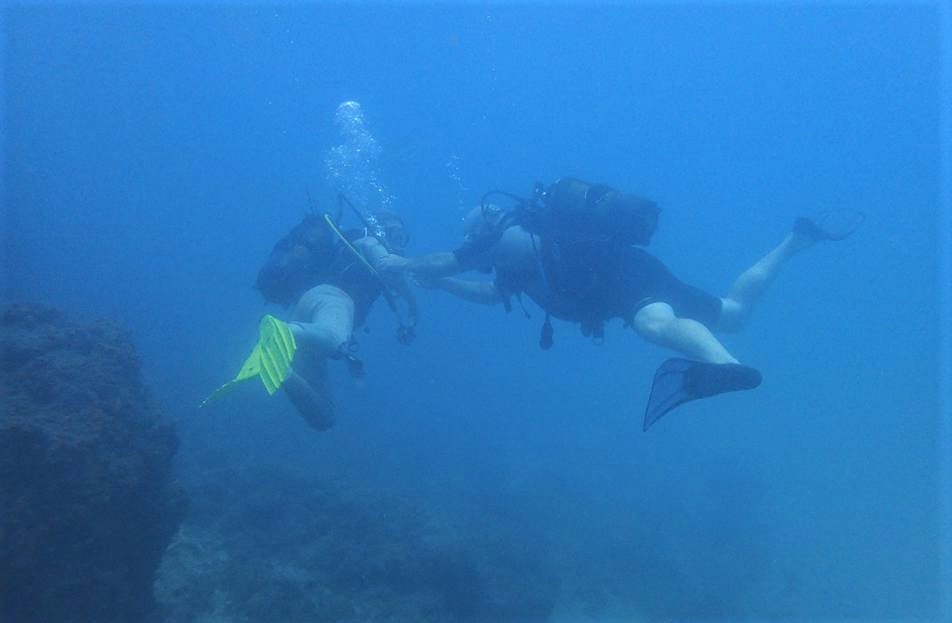 They intend to keep things small and personal with groups of just two to six.

“We are open to any and all divers who may come from Maputo for the day or who come to stay on the peninsular. The idea is that we are going to only get big enough to sustain ourselves. We don’t want to become another dive charter like in Ponta where they launch three boats four times a day and churn out divers like crazy,” Raymond emphasises.

Beautiful as Machangulo is, times remain tough for this young and highly adventurous enterprise as well as most others in Mozambique’s struggling hospitality industry.

“The additional costs for families to travel have caused many tourists to stay home.  We rely on the surrounding accommodation providers for our clients and they have been hard hit by the Covid restrictions.  Luckily, we had funds stashed away for these rainy days, and have been able to manage,” says Shani.

So, where does the couple see themselves in five years’ time?

“Sitting with our butts in the sand, beer in hand and toes in the water.  Raymond is now 59 and this was always going to be our retirement plan, so our vision is that we will dive as often as we need and live a much simpler life style without the rigors of the rat race,” Shani concludes.