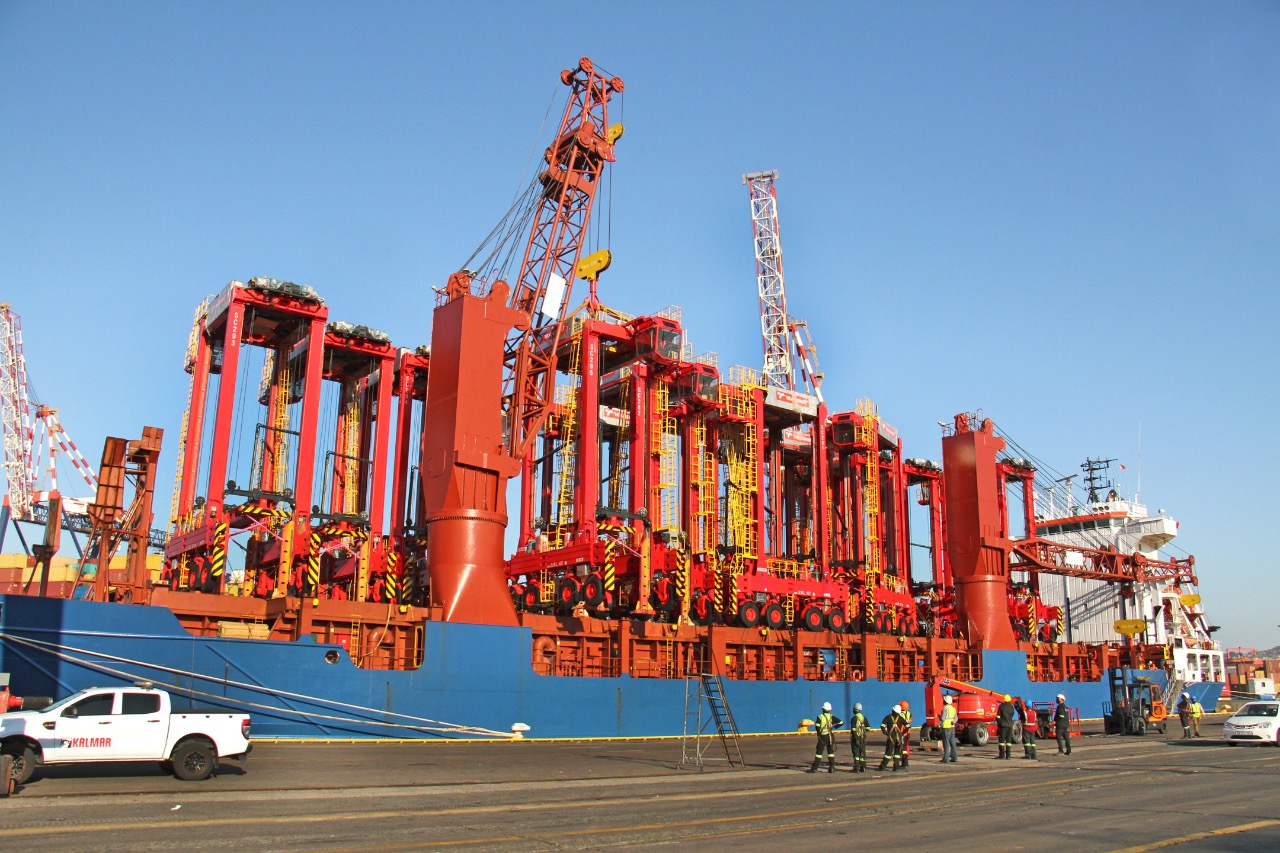 Pier 2 Terminal Manager Zamo Ngcobo said: “The arrival of the straddles fully assembled is a move that will inject improvements within a short space of time in Operations”.

He added that commissioning and endurance testing would still be conducted, with handover estimated in early October.

DCT Pier 2 is responsible for handling most of South Africa’s container volumes. The investment in container handling equipment replaces ageing equipment in order to improve efficiency within the system. Complementing the equipment boost is the increased number of resources working the vessels, a new terminal structure, technological advancements for better decision-making and the implementation of a mandatory truck appointment system. 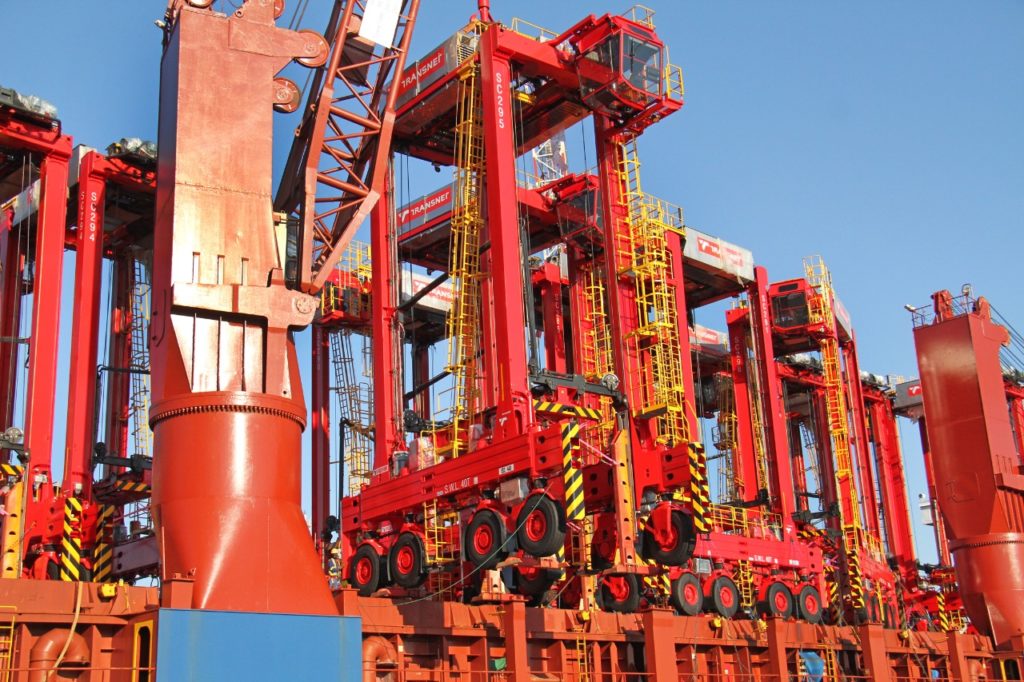 This recent acquisition of is valued at R236 884 million. The straddle carriers boast improved drive technology, starting reliability, maintainability, safety, usability, ergonomics as well as an ability for a computer application to read data from the control system via Ethernet – providing comprehensive detail on statistics, real time performance data and operational reports.

DCT Pier 2 is one of 16 sea-cargo and three inland terminals managed by Transnet Port Terminals (TPT) that have benefited from the R2 billion set aside to invest in replacement equipment this current calendar year. A further 22 straddle carriers are on order, expected to arrive between March and May 2021.