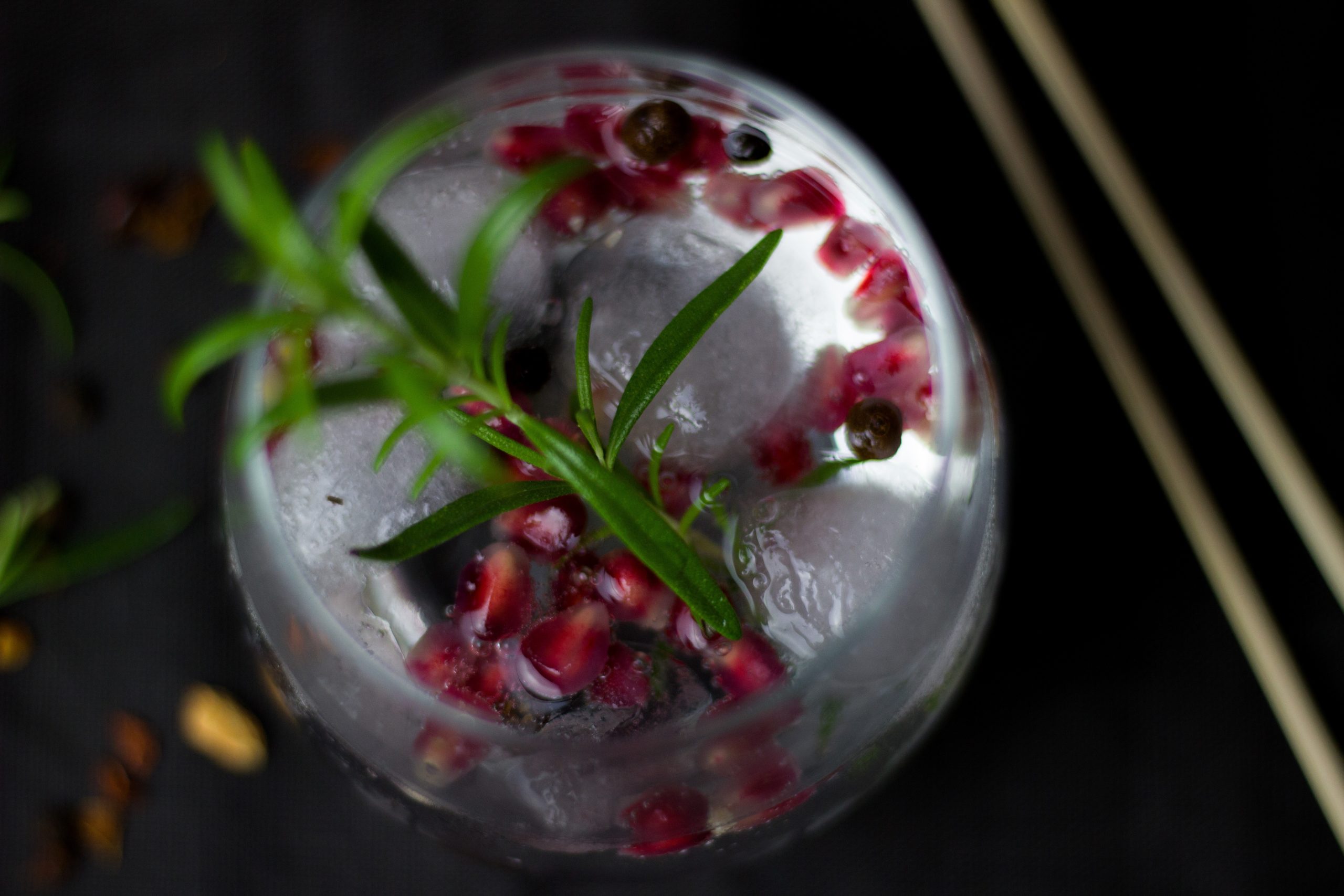 DARK SIDE OF THE BREW

“Within the first year of being together, we got a dog, bought our bus, started a business, fell pregnant and got married, “explains co-founder of Dark Side of the Brew, Cassandra Fraser.

Story over? Not so fast! This somewhat abbreviated and intentionally entertaining summary doesn’t do justice to the incredible story of a Pink Floyd crazy young couple that operates VW kombis from the 70’s and 80s that are expertly kitted out to sell craft beers and gins on tap at events and festivals.

Although one of these aged vehicles is in the workshop and the other is parked on the driveway to wait out the shutdown of events, festivals and sport meets during Covid-19, Ian and Cassandra Fraser haven’t been deterred.

Starting at the beginning of an inspiring tale, Cassandra continues: “Ian and I were at school together over 20 years ago. We’d both left South Africa. He’d gone to UK and Australia for 10 years and I had been away for seven. We both came back at around the same time to see our friends and families and ran into each other at Anstey’s beach. We haven’t spent a day apart since then.”

It’s not a happily ever after fairy tale but rather one of grit and determination. 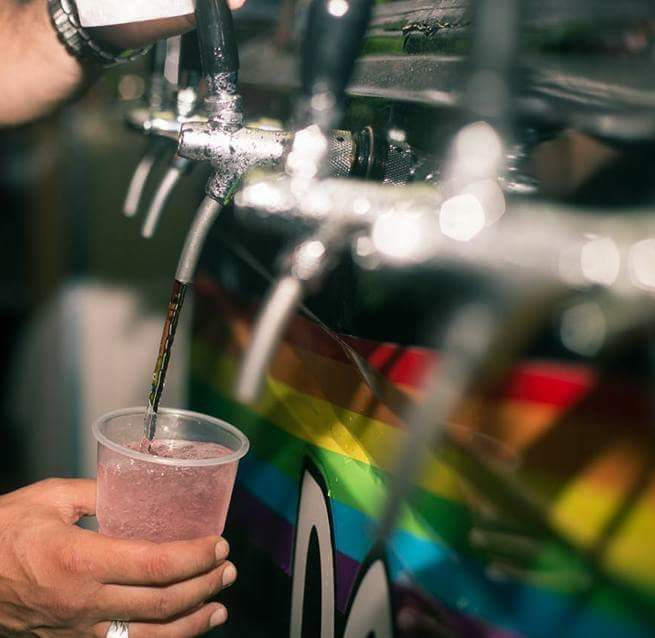 ANOTHER BRICK IN THE WALL

Cassandra detested high school and left early to pursue her dream of becoming a chef and owning her own restaurant.

Whilst she was in college, she also ran a little catering business to provide the luxuries that her mother could not. She also made baked goods for her mother to sell at work the next day.

Despite being the youngest, she got top marks at college, won awards and headed off to work her first year in a restaurant – and hated it!

“It meant long hours on your feet. Weekdays, public holidays, Valentine’s Day, Mother’s Day … when everyone else was having a good time, you were working your hardest. It was always important for me to have a family someday. I knew that if I continued, this would not happen or would be very difficult.”

So, she fell back on another thing she was good at during her brief high school career – technical drawing. After completing her internship and spending three years at the Engen oil refinery, she moved on to work for an inspection company. That meant flying to the likes of China to meet up with a large oil tanker and then carrying out inspections while sailing to Singapore.

Cassandra was just 22 and, after getting an offer “she couldn’t refuse”, she again relocated, this time to the SAPREF refinery near the old Durban airport.

A year and a half later, she was head hunted by another Westville based engineering consultancy and arrived on her first day to be presented with a R350-million contract to manage.

She thoroughly enjoyed her job and it was only the break-up of a seven-year relationship that had her on the road again. 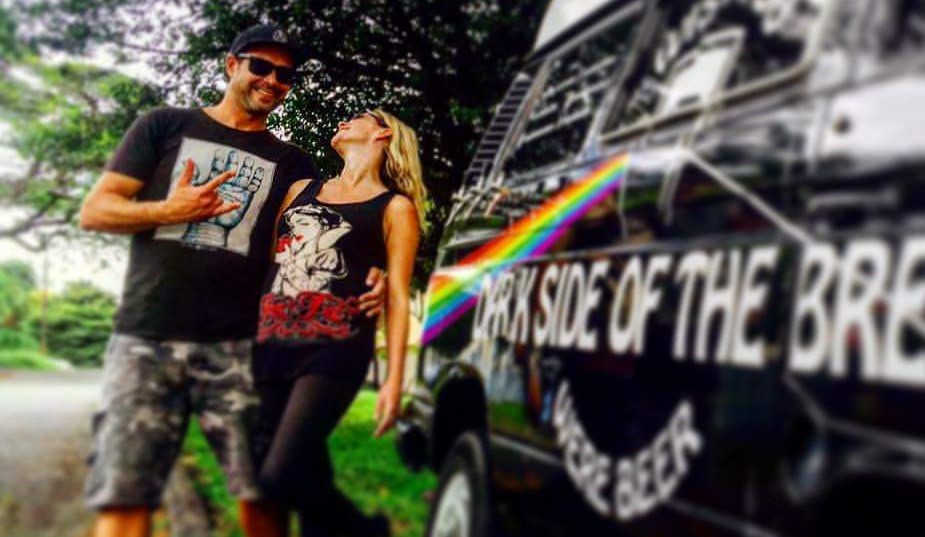 “I quit my job, sold my car, packed up my apartment and went backpacking through South East Asia,” she recalls.

A couple months later she was offered a job on the offshore oil rigs in Angola where she worked for two years.

Having saved a great deal, it was then back to backpacking and Cassandra made her way to Australia, England and South and Central America, before settling in America for a year where she went to music festivals, played her guitar, did odd jobs and enjoyed the freedom of not having to work.

It was only when a close friend was involved in a tragic accident that she came home. “I flew back when she came out of hospital to look after her and her kids. We put on a benefit concert for her to raise funds. The next day I flew back to America. But, four months later, I decided that it was time to return again. I needed to be with friends and family.”

Cassandra was already planning to head out again when she met up with Ian at the Green Dolphin restaurant. He was thinking of going to Colorado where Cassandra had been staying and she was happy to advise him on where to stay, where to hang out and where to travel.

“We’d been together for two weeks when we did a trip to Cape Town together to meet up with some friends. We fell in love there. Everything fell into place. It seemed like the universe was telling us that we were meant to be together,” she recalls.

On their return from Cape Town, they set up home, bought their loveable Rottie puppy, Floydd, the next day followed by a bus and headed out on a road trip to Coffee Bay.

Whilst working on the business plan for their business, Cassandra discovered that she was pregnant with their first son, Phoenix.

“When I returned I was thinking of returning to the food industry. I wanted to go into catering – maybe a food truck?”

But then she heard about someone who ran a beer bus. 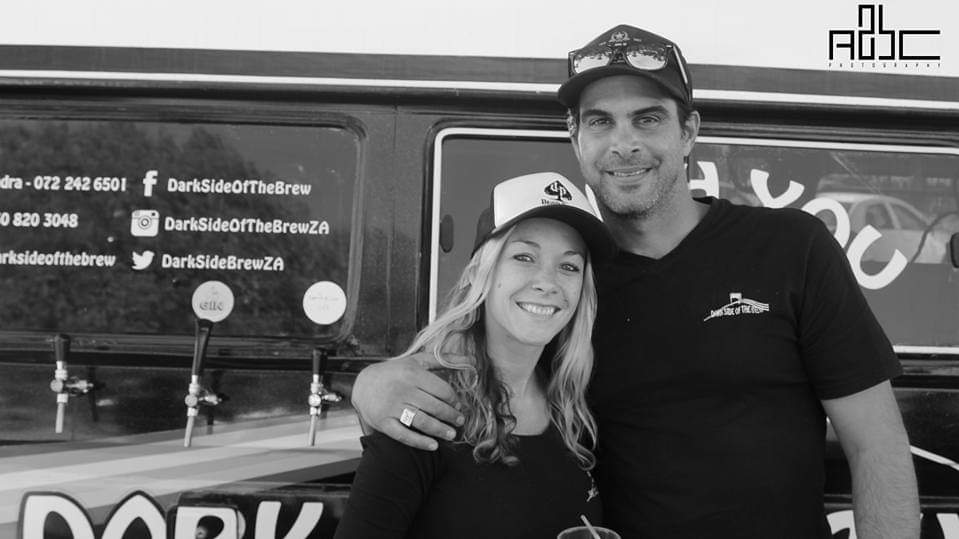 That was even better as it meant no cooking and no wastage, so the couple began shopping around for a bus as far afield as Pretoria and Cape Town. They found one parked outside a house close to her parents’ home on the Bluff.

“Initially when we bought the bus, our plan was to drive around Africa, do events and just chase the summer. So, we bought it, sprayed it, got the system fitted, did the branding and started Dark Side of the Brew.”

At first, they planned to only sell craft beer – hence the name.

“We had no idea what we were getting ourselves into! But, soon, we started picking up that gin was our best seller. We did a Jeremey Loops concert at Ballito Beats and sold 600 litres of gin in four hours!”

They started off buying their gin from a brewery, paying premium prices. Then they realized they could add their own infusions and played around with a few different recipes. “We buy a craft gin and then add different flavor infusions. We have found that our two most popular are a strawberry and litchi and lemon and lime.”

These ready mixed infusions can be poured in around three seconds. Together with these, the bus also dispenses craft beers and SAB beers. Everything is kegged and on tap – they even provided a wine on tap for the East Coast Radio Comedy Train. They’ve even done brandy and coke and rum and raspberry, amongst others.

There are fascinating stories a plenty since they started their business – a brake failure the Saturday before their first event and having to tow the bus to Pietermaritzburg because they couldn’t find a mechanic to come to the rescue in time, a snapped steering disk and lots of rookie errors in between, whilst learning how to correctly work the systems and handle events.

After much trial and error, the Frasers now have pouring beers and gins down to a fine art. They bought their second 1974 bus within six months and remodeled it so that the roof lifts and the windows fold out, enabling them to serve from inside the bus. 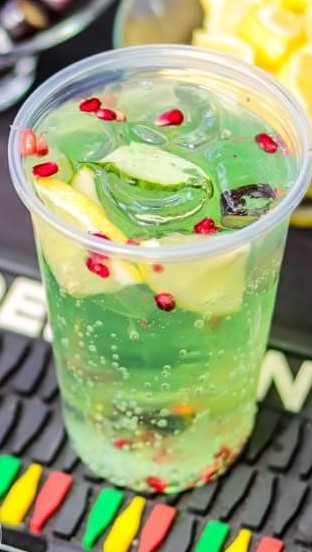 “We can pour quicker than a human can measure shots and open cans. So, even though our queue is a lot shorter, we are turning over more. We do better because we are so novel. Put a cool VW kombi next to someone with a bar counter and everyone comes to the VW. We’ve become a conversation topic!”

Prior to the Covid lockdown, they were attending more and more events – from the Jeremy Loops concert to Splashy Fen, a host of bike and car events, the South Coast Bike Festival, the Gas Motor show, a number of sporting, enduro and corporate events.

“We’ve done golf days from Port Shepstone to Richards Bay. We’ve ended up in Piesangskloof in Johannesburg and Paddock down the South Coast. We’ve been to places we’d never even heard of. My husband is the most determined, positive person I’ve ever met. We’ve had so much fun, met so many amazing people along the way, good people, like-minded people, entrepreneurs, people with whom we’ve become friends.”

Her son Phoenix was just three days old when she took him to his first event.

“Even with our second son, Cruz, I’ve worked all through it. I’d do events until the baby was born and then I’d be back the following week. The most important thing is that I’ve done this with my husband and my kids. Our boys come to all our events. We bring my parents with us to babysit and book them into nearby accommodation. They spend the day with us and then go back in the evening.” 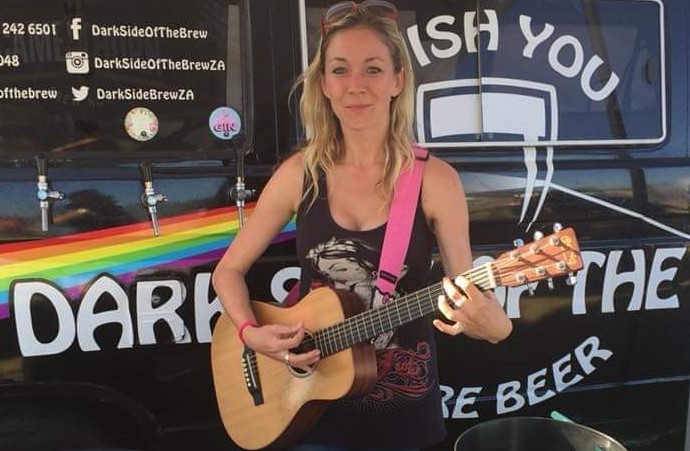 Fun aside, growing this business has come with potholes in the road – including regular not-so-glamorous breakdowns of almost vintage vehicles.

“They’re old and hard to drive. There’s no ABS, the gears are hard to change and there’s no power steering. These days, you need to brake quickly and move fast. They are not made for these roads.”

Just before the lockdown, they had also begun to sell kegs of their gin infusions to restaurants and will continue with this. Establishments like Mozambik and RocoMamas had their gin on tap and they had dropped off samples at a few other chains who were keen to try it out.

“In the interim, while there’s no events happening, we want to focus on getting back into all those restaurants we’d approached previously and finding more. We’ll rekindle our events business when the time is right,” she says.

Most importantly of all, they’re passionate about growing their business.

“It’s unique, it’s novel, it’s us. We’ve got cool buses and we are driven and determined. We’ve built this from the ground up. We’ve invested in all the equipment and have had to learn everything the hard way on our own. We provide good service and get on with everyone. Our customers love us and are so loyal that they follow us to events.”