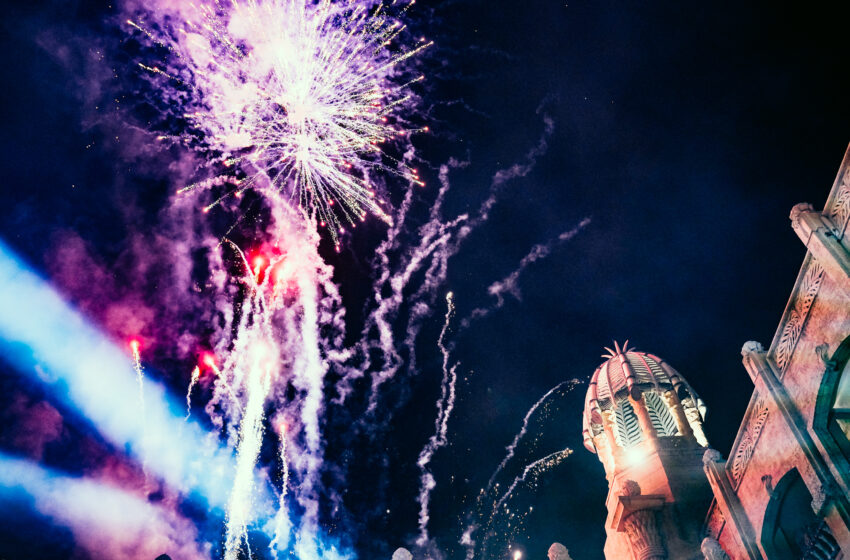 The sheer audacity of developing a 5-star hotel in a dusty stretch of bush in the North West Province caught the public imagination in 1992, and 30 years on, The Palace of the Lost City remains the stuff of legends.

The hotel came complete with the fable of an African kingdom lost in the mists of time.

No detail was spared to stress that it was, indeed, a place of myth and wonder. From the moment The Palace flung its impressive 8m tall doors open to reveal its bold, glamorous interiors, visitors have been awed by its splendour.

Each of the 326 luxurious rooms and suites offer spectacular views over water and jungle. For a bird’s eye view of the entire area, guests can visit the Kings Tower which, at almost 70m, is the tallest of the 10 towers at The Palace. 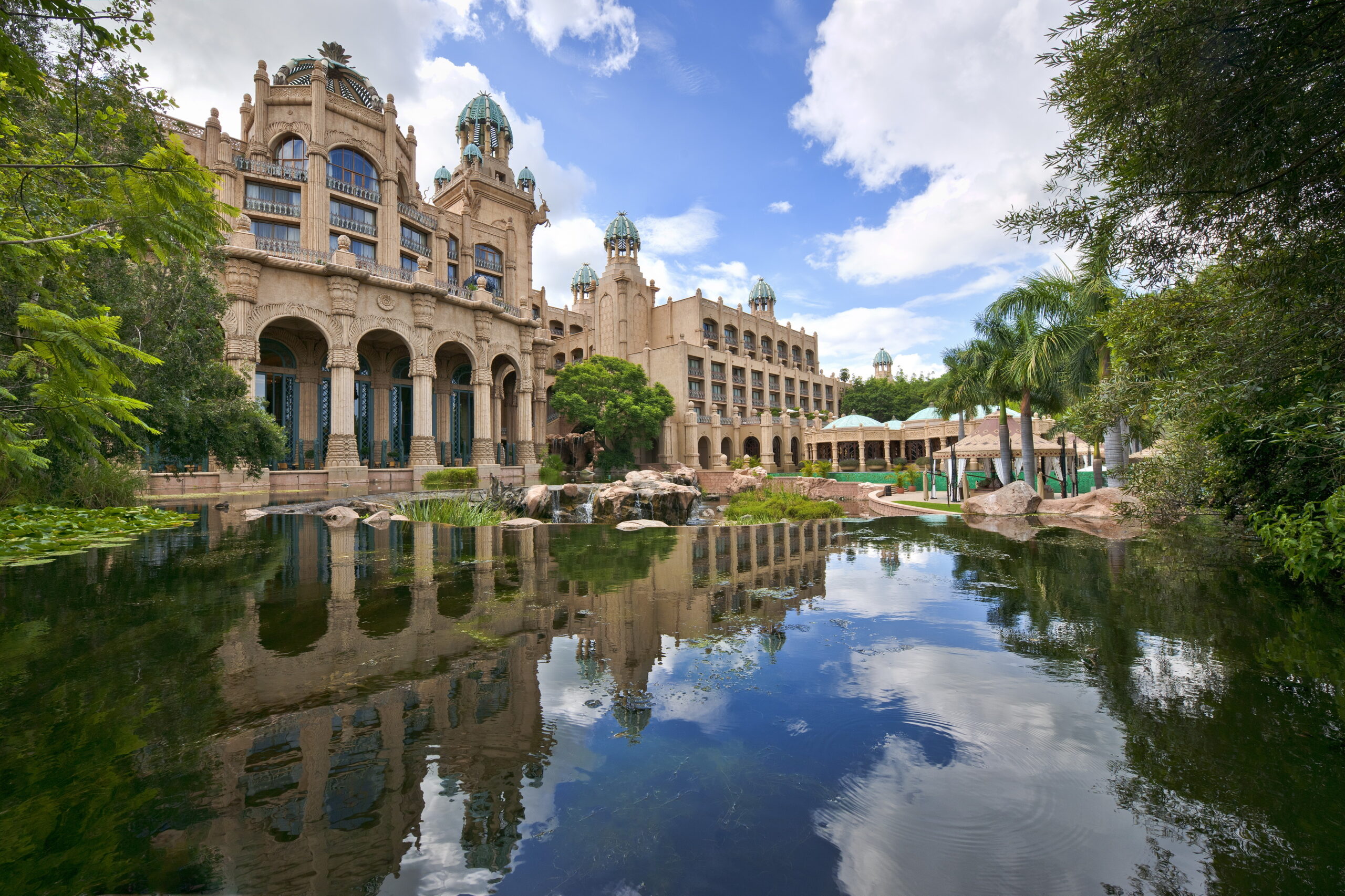 The hotel’s architecture and décor weaves a rich and colourful tale of Africa’s creativity, its textures, intricate designs, patterns, wildlife and the talent of its craftsmen and women.

From the hand-painted dome ceiling in the grand entrance to mosaic artworks, golden seats upholstered with zebra-hide, and bespoke furniture in the spacious rooms, the hotel befits its royal legend.  The King’s Suite alone contains 800 custom-crafted items including fabrics and carpeting.

The evocative African landscape painted on the underside of a dome ceiling at the entrance took nine artists nearly 5,000 hours to complete while hand-painted murals cover an area of 3 400 square metres. The tapestries in the Royal Entrance Chamber behind the concierge and the reception desk took two full years to weave.

In the Crystal Court a massive rock crystal chandelier that is suspended 4.2 meters above the ground and spanning spans five meters in diameter, overlooks a Bösendorfer piano once played by Liberace and Elton John.

In addition to an Olympic-sized swimming pool with an intricate mosaic ‘sun’ design, a trip down a lush tree-lined stairway leads visitors to the Royal Baths and Amphitheatre overlooking Sun City’s popular Valley of Waves. 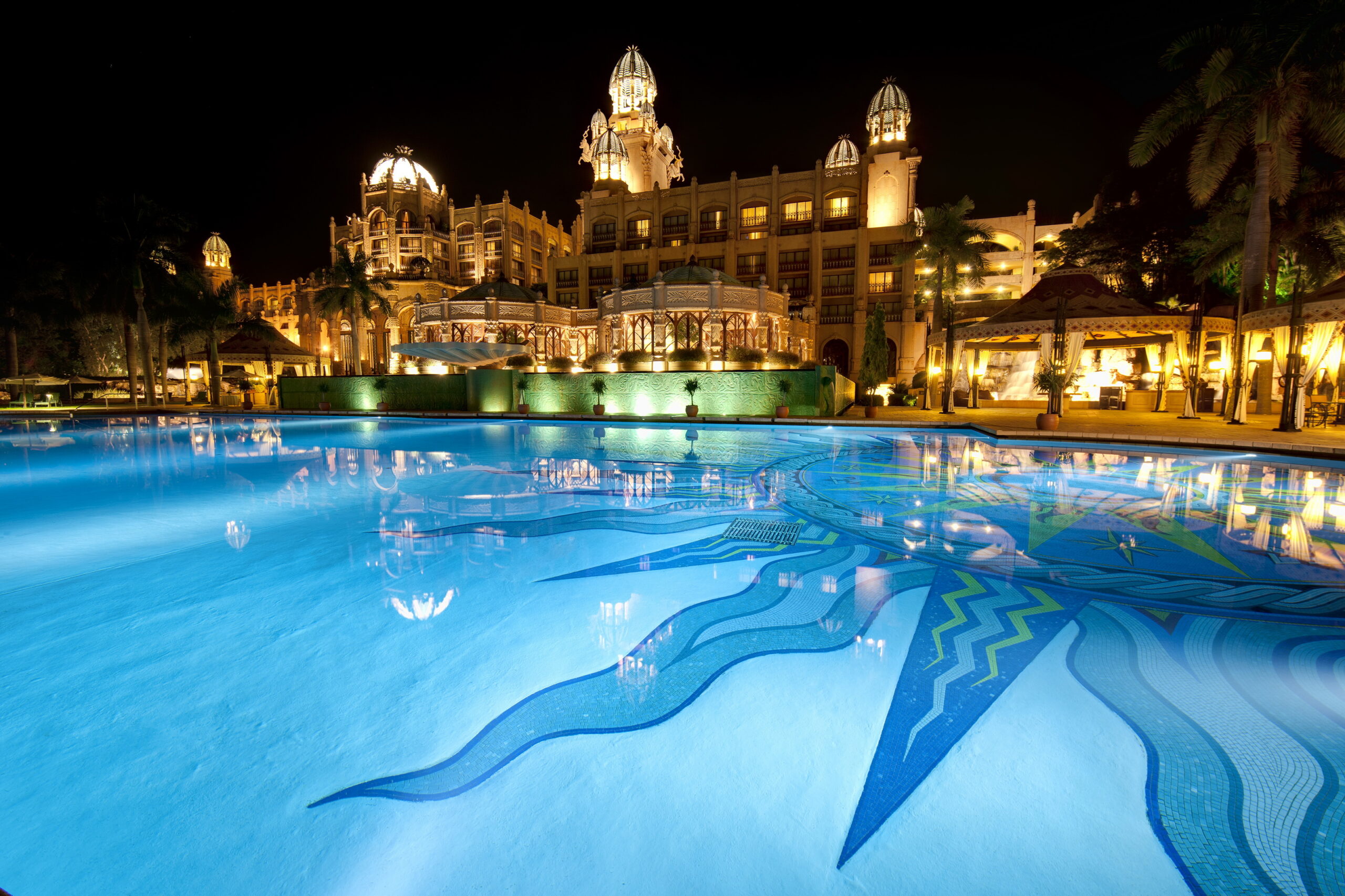 Over the past 30 years, The Palace has accommodated the rich and the famous, royalty, rock stars and ordinary South Africans. Well over 300 famous performers and heads of state have stayed at the hotel from members of the legendary band Queen, to Michael Jackson and Witney Houston to name but a few.

According to General Manager Brett Hoppé “The opening of The Palace was a glittering affair that was attended by many celebrities who were big names at the time including Bo Derrick, Jean Michel Jarre who performed that night, Jerry Hall and Joan Collins, Hugh Masekela and Johnny Clegg and Savuka.

“Since then the list has grown to include many illustrious names such as Sting, Pavarotti, Wesley Snipes, Stevie Wonder, Arnold Schwarzenegger and many more. But it is equally important to note that many of these international stars returned multiple times and some, like Witney Houston, Michael Jackson and Bobby Brown, came incognito to simply holiday at The Palace. 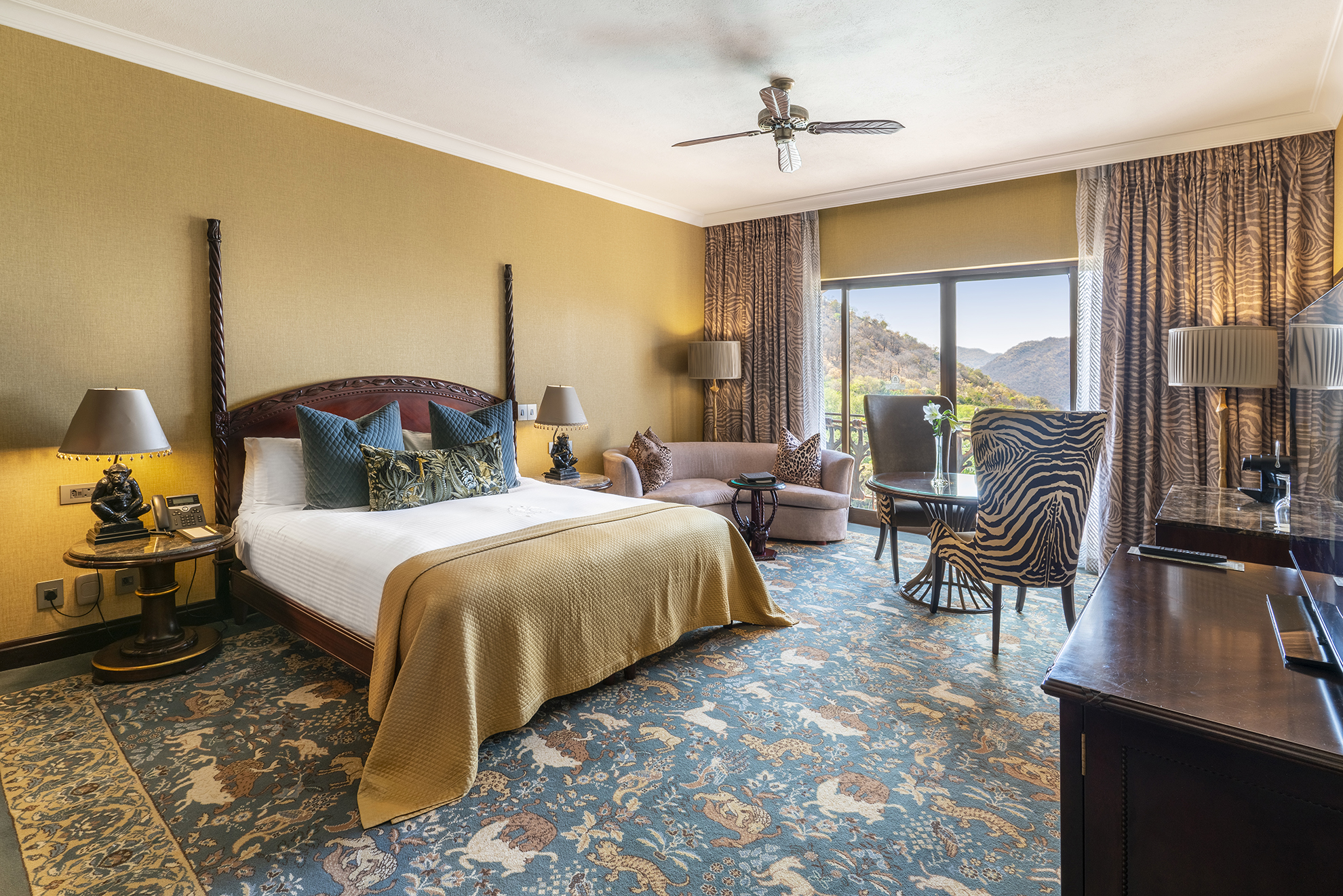 “And of course the list of golf legends who have visited is too innumerable to mention.”

Hoppé said that although it would be difficult to improve on the original structure, rooms have undergone a refurbishment to bring them up to date, and the hotel can finally boast of having a luxurious spa and salon. A TALE OF WONDER

The 62-acre hotel is surrounded by 25 hectares of exotic jungle and waterscapes that all lead down to the Valley of Waves (opened in 1996). This wonderland is set within the greater Sun City resort, overlooked by craggy mountains and surrounded by the neighbouring 55,000-hectare Pilanesberg National Park.

During the peak of building activity, nearly 10 000 people worked on the project, laying 8 million bricks. During the first year of construction, an average of one million bricks was laid every month by almost 200 bricklayers. 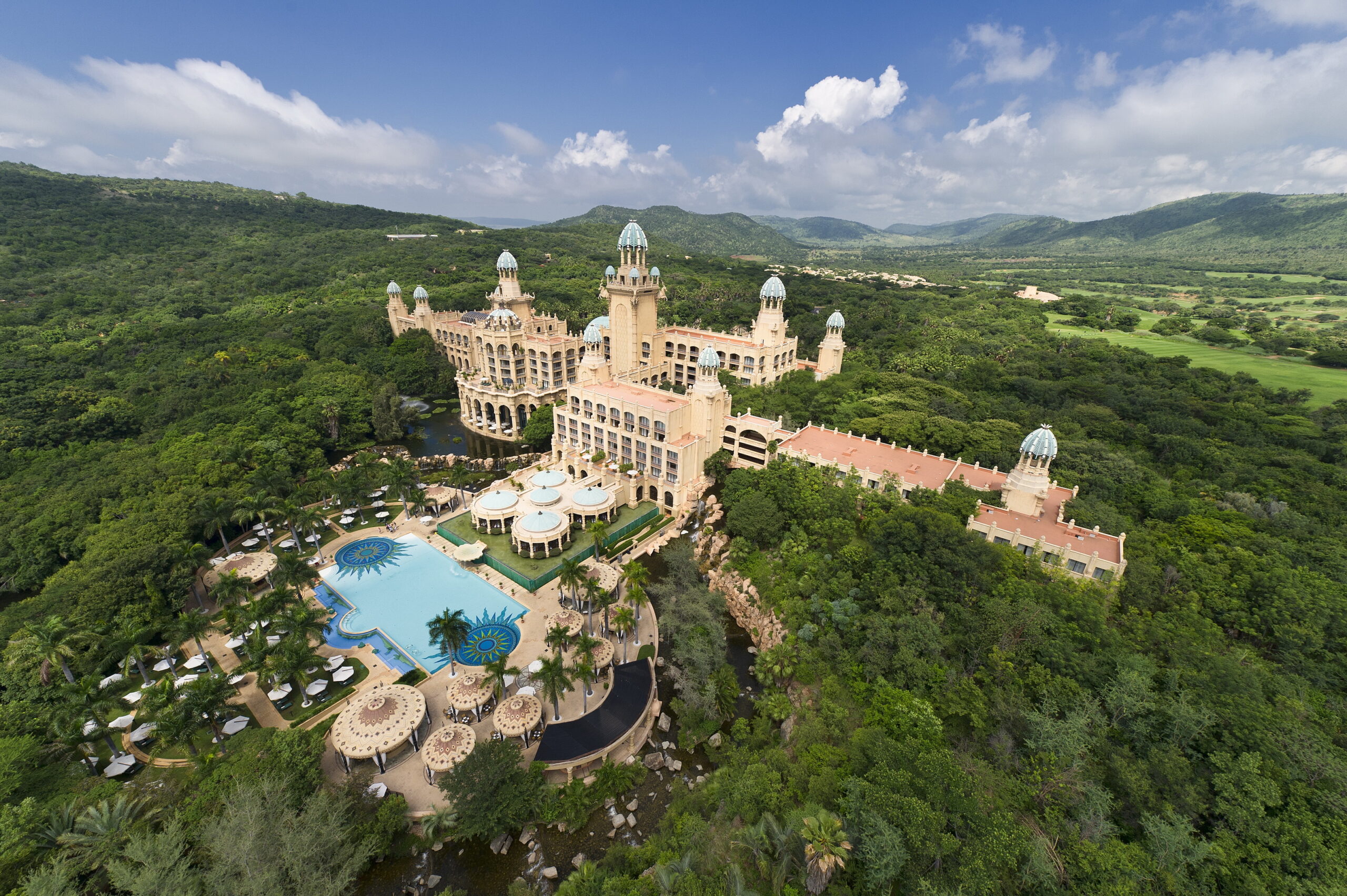 The construction process required almost 15 000 custom-made pieces of pre-cast for the fascades, 12 km of air-conditioning, 500 km of electric wiring and 3 300 tons of steel reinforcing rods measuring 2 900 kg and 75 000 meters of electrical conduit for the 6 500 light fittings.

The Palm Tree in the royal entrance chamber was once real and has been preserved.

The six columns in the royal entrance chamber are designed as a bamboo tree resting on elephant feet, held by a protea to represent South Africa’s national flower.

The royal entrance chamber dome ceiling is 25m in height and 16m in diameter.  The evocative African landscape painted on the underside of the dome took nearly 5 000 hours to complete.  It took nine artists to complete the work, painting on their backs in the same way as Michelangelo painted the Sistine Chapel in Rome.

The massive chandelier in the Crystal Court is made up of 10 000 pieces of rock crystal from the Czech Republic. The roof of the Crystal Court presented another challenge for developers as its 29-metre roof span has to support five floors of suites above it.

All of the timber doors to the bedrooms were hand-carved, including the massive 8m-high doors at the royal entrance.

The Palace is certainly an illustration of just what can be achieved by supporting local businesses. Nearly every item in The Palace was custom-made and 85% of all materials were sourced within southern Africa. This was the first time that hand-carved furniture was used throughout the public areas and guestrooms of a hotel

The atrium is dominated by a life-size bronze sculpture of Shawu, a large bull elephant who lived at the Kruger National Park. At a shoulder height of 3.4 meters, Shawu’s left tusk was the longest on record in the region, and one of the sixth longest ever recorded in Africa. The famous elephant was brought to life by South African sculptor Danie de Jager, whose sculpture of Shawu realistically portrays the leathery texture of his skin, his ragged ears and cracked feet. Shawu towers 4.5m above the ground and is one of the most photographed animal sculptures in the world. 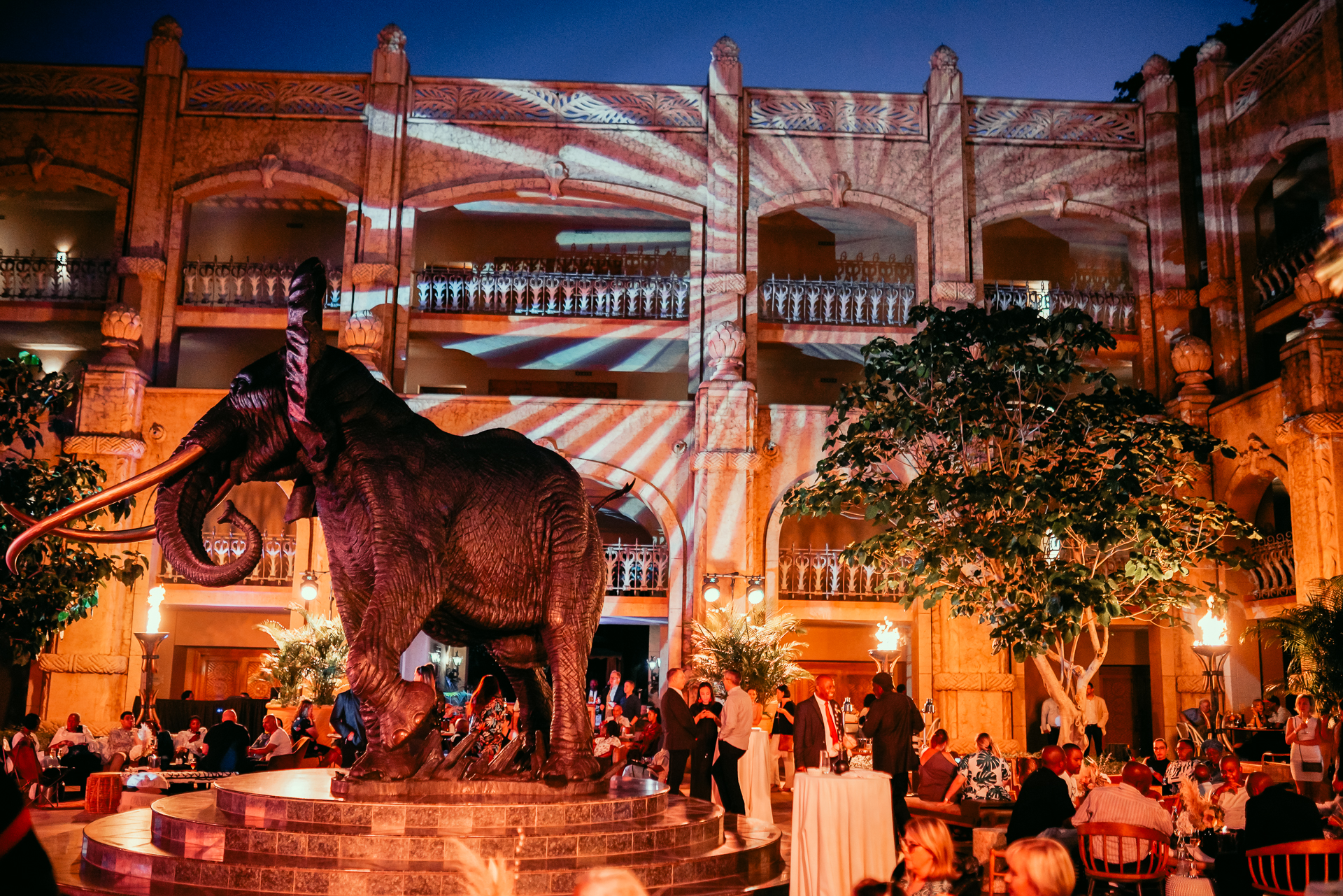 Each of the fabrics and carpets were designed and created exclusively for The Palace. The tapestries in the Royal Entrance Chamber, behind the concierge and the reception desk, took two years to weave.

The Lost City gardens cover 25 hectares. They were constructed at a cost of R25-million in 1992.

More than 1.2-million plants, trees, shrubs and ground covers from some 3 200 species were laid out in nine different eco-systems. Three quarters of the plants are indigenous to southern Africa with some representing countries such as Madagascar and the Comoros. The surface of the artificial lakes and pools covers 70 500sqm.

Most of the plants, including the trees in the baobab forest, were planted fully grown.

The total surface area of artificial lakes and pools is 70 500sqm, equivalent to roughly 56 Olympic swimming pools (at 1 250sqm). 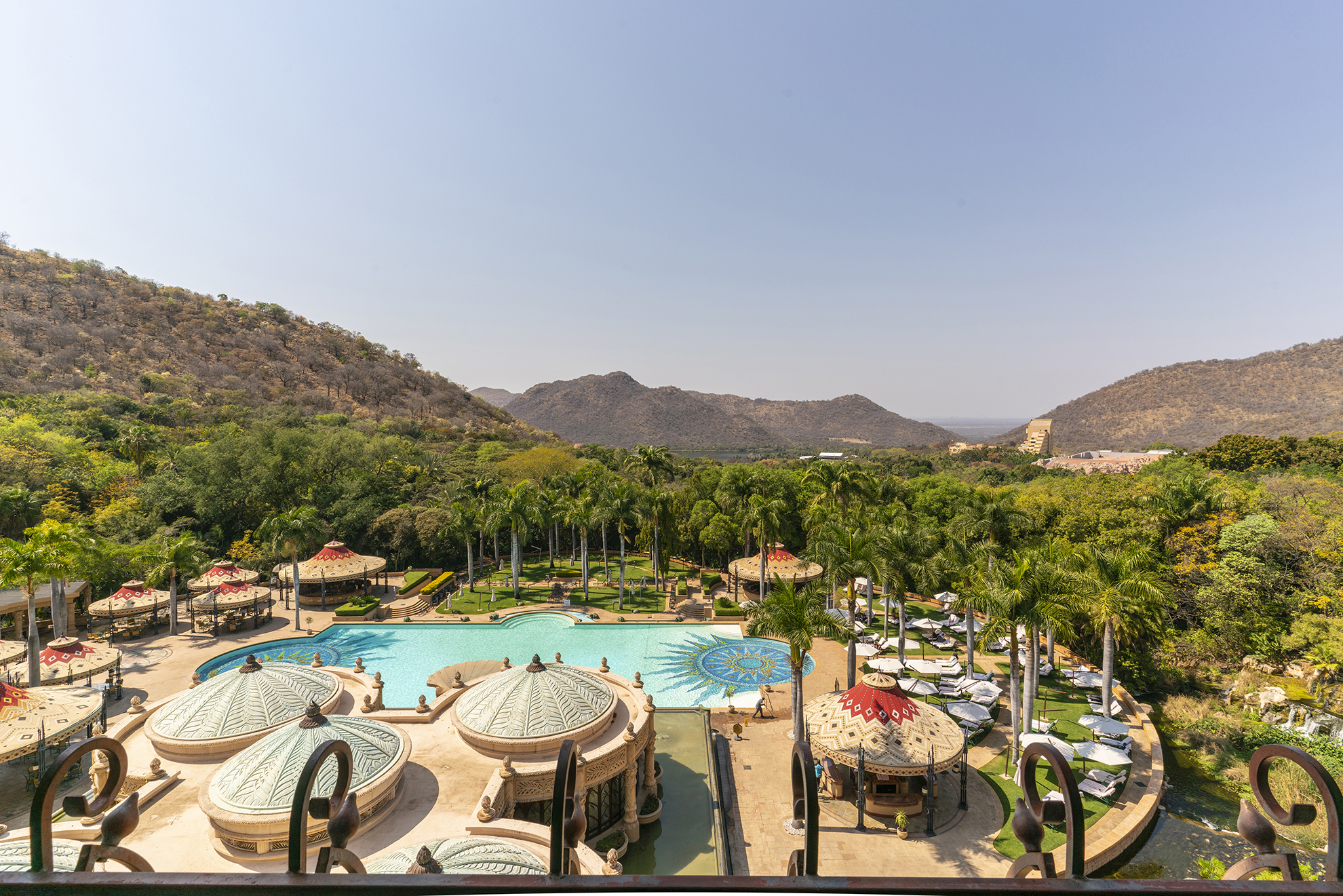 The waterscape at The Palace was created from 4 000 tons of native Pilanesberg rock, 1 860sqm of concrete rock made from natural moulds, and 3 720sqm of glass fibre reinforced concrete.  Water flowing from The Palace to The Cascades covers 7 740sqm and comprises three swimming pools (The Palace, the Queen’s Baths and The Cascades pool), 12 waterfalls and cataracts and 1 050m of low weirs.  Water is circulated by 45 pumps at 8 314 cubic meters per hour.

At the time of its construction in 1996, the Valley of Waves was one of the largest combinations of water and waterpark features ever built in a single project. The Roaring Lagoon wave pool contains 8-million litres of water and creates two-metre high swells. It regularly creates ideal surfing waves which move away from the dam wall at 35km per hour to subside onto a sandy beach, 120m away.

Sun City itself was a game changer for South Africa.

Construction on the original Sun City resort began on 15 July 1978. The fast-tracked project was completed at a cost of R30-million in a record-setting 16 months.

The Sun City resort revolutionised the approach to gaming in South Africa, introducing for the first time the concept of value-for-money entertainment amid luxurious surroundings. The resort was also the first to introduce the concept of million rand jackpots. 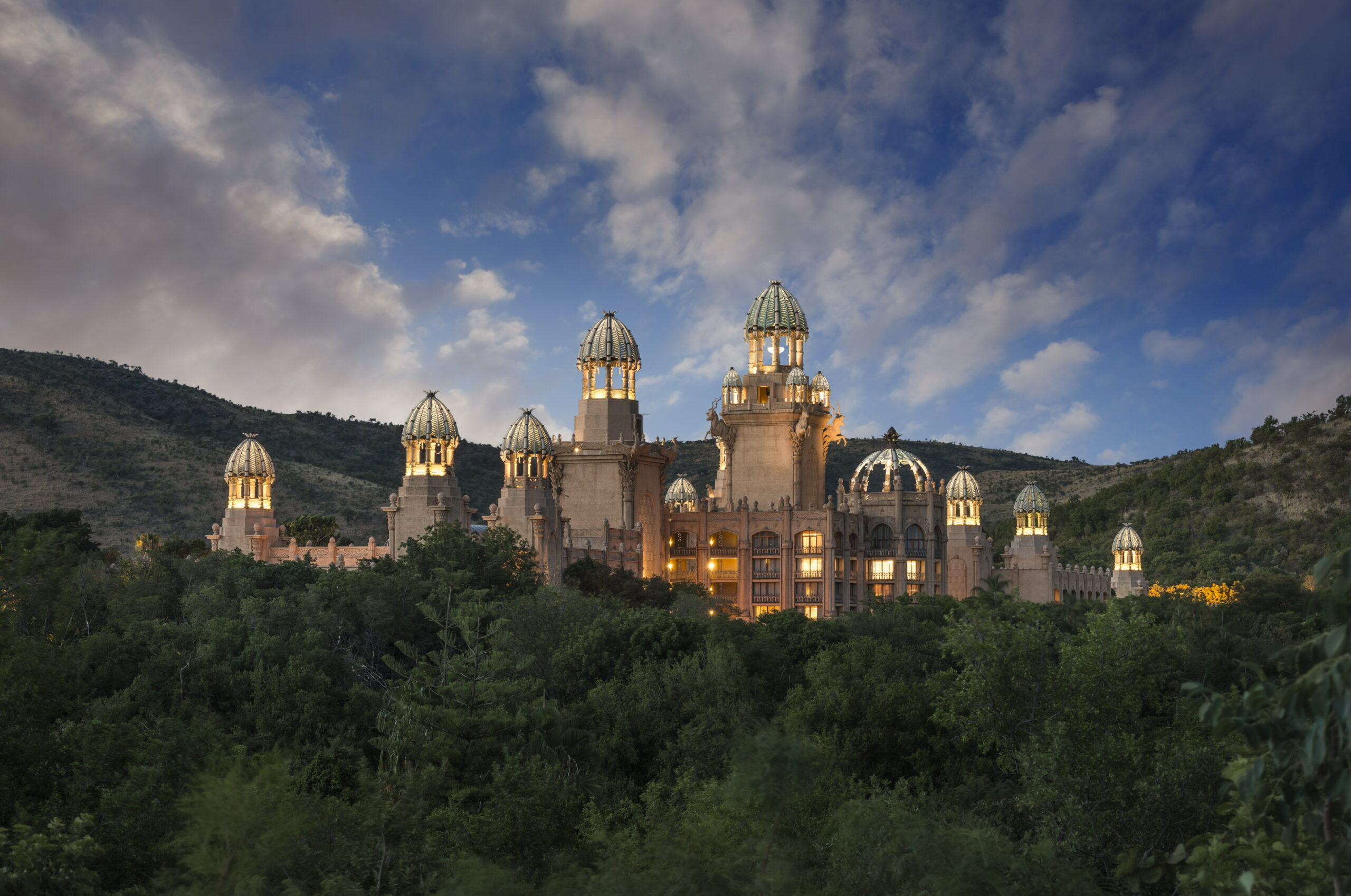 The inaugural golf classic, held on the Gary Player Golf Course the day after the complex opened, carried a prize of R1 000 000 which was won by Gary Player himself. The inaugural Million Dollar Golf Challenge was held in 1981, and renamed the Nedbank Golf Challenge in 1995. In 2016 the tournament made its debut as part of the European Tour, with a field of 72 players and a purse of over R120-million.

The original Entertainment Centre (now Sun Central) was built at a cost of R30-million and inaugurated on 24 July 1981 by Frank Sinatra.