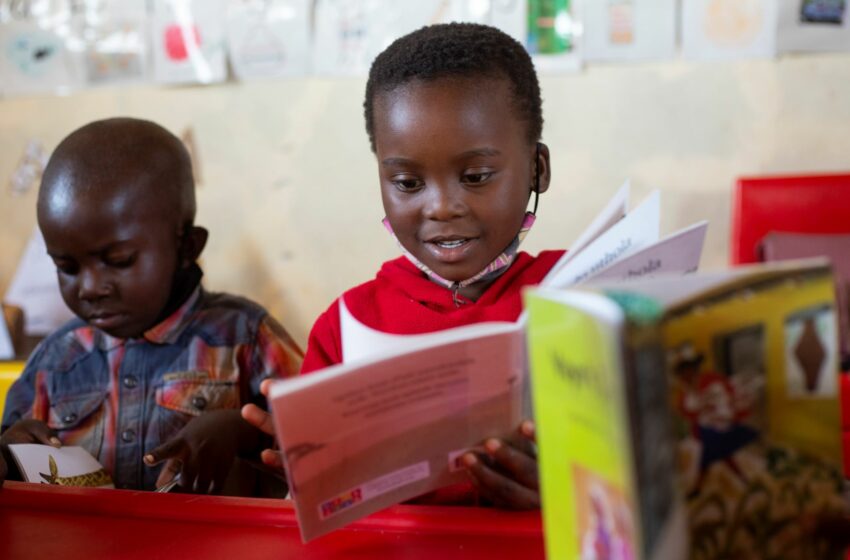 Food insecurity is a daily reality in KwaZulu-Natal.

The April floods in the province exacerbated an already critical situation and made high levels of food insecurity due to due to Covid-19 lockdowns, inaccessibility of school meals, high levels of unemployment and widespread poverty an even more critical challenge for the province’s smallest and most vulnerable residents.

Julika Falconer, CEO of Zero2Five Trust, said that vital early learning – which had already suffered during the COVID-19 lockdown – was at risk of being lost again as some pre-schools initially remained closed and affected children who had lost everything at their homes were unable to return to school.

She said that it was only thanks to immediate relief grants from the LEGO Foundation, DGMT, Charlize Theron Africa Outreach Project, Standard Bank’s Tutuwa Foundation, JT Ross Charitable Trust, Illovo Sugar SA and the Grindrod Family Centenary Trust, that the Zero2Five Trust was able to immediately reach out to many affected areas over the past four months.

“Our initial response was a large scale assessment, clean-up operation and the distribution of food donations and warm blankets in eThekwini, ILembe, uMlalazi and uThukela. Thousands of residents were without safe drinking water due to the floods. Rise Against Hunger KZN assisted with much needed 10l containers of drinking water,” she said.

The second phase of Zero2Five’s response throughout May and June was to ensure that all 350 unfunded Early Childhood Development (ECD) sites on its nutrition programme were open and offering a safe and comforting environment for the children enrolled.

By the end of July, over 2000 families left destitute after the floods will have received a food parcel to help through the tough winter months.

Zero2Five’s contractor for all playgrounds since 2008, Jungle Gems Hillcrest, repaired 22 playgrounds in eThekwini and replaced two broken ones. Smashed plastic furniture was replaced and PVC covered mattresses supplied in two districts. Throughout May and June, a warm breakfast and lunch was served to over 10 000 children at these centres.

“20 000 books for ECD centres were sourced, all full of inspiring stories of hope and upliftment. Story time at school will be the only trauma counselling that most children in KZN have access to,” she noted.

Falconer said that the recent floods were a stark reminder that climate change was a reality, leading to disasters such as torrential rains and floods. This, together with the rising cost of living in the wake of soaring fuel and food prices, made a longer term solution all the more important.

The Household Affordability Index by the Pietermaritzburg Economic Justice & Dignity group (PMBEJD) shows that food prices continued to soar at the mid-year point in South Africa. The group recorded its Household Food Basket at R4,688.81 in June 2022. Month-on-month, the average cost of the basket increased by R78.92 (+1.7%), from R4,609.89 in May 2022.

She said that, after 15 years of feeding programmes throughout KZN and the Eastern Cape, one of Zero2Five Trust’s key learnings was that poverty, hunger and malnutrition could never be addressed from the outside. “It will succeed only if impoverished people have the agency to grow nutritious food, feed regular meals and improve health not only for themselves, but for the people in their communities. Women in the ECD Sector are great candidates and willing to work to grow food and to change eating strategies from nuclear households to community kitchens so there is communal production and care of health and nutrition needs, in particular for the young children in their care. “

As a result, the final phase of Zero2Five’s flood disaster relief will focus on the creation or re-establishment of sustainable food gardens at ECD Centres.

“Project Grow” saw Zero2Five install 67 ECD based food gardens in partnership with many funders over the past two years. However, severe damage that included the destruction of vital fencing that keeps livestock out of these food gardens, led to “heart breaking” loss of crops throughout April and May.

Of the 23 ECD Centres based food gardens installed during 2021, only three were spared by the heavy rains and much work is needed to repair and replace fencing, prepare beds and plant new seedlings.

Falconer continued: “With the prompt and very generous support received, we are so grateful to be able to go beyond providing food parcels and vastly improve food security at these ECD centres for generations to come.  With our recent opening of satellite offices in Estcourt and Eshowe, we are now able to implement a large scale ECD food garden project to better safeguard communities against the effects of climate change with the goal of securing a brighter future for every child.”

She said agricultural experts, The Siyazisiza Trust from Mtunzini, would facilitate all training as well as follow up mentoring.