EQUATOR BUCKLES UP WITH GREEN FASHION

It now requires less energy to make a belt from start to finish than it takes to make a cup of tea, according to managing director Leon Buhr of Durban based, Equator – the Belt Factory TM.

The company, which makes belts for retail and brand partners like Polo, Woolworths, Markham, Levi’s®, Mr Price, Old Khaki, Jonsson and Foschini as well as for export and sale via its own online shop www.thebeltshop.co.za, has positioned itself as “a place of craft and a place of science” and seeks to set new standards in a fashion sector where consumers are becoming increasingly aware of a company’s purpose, sustainability and environmental issues.

It set out to pioneer responsible fashion in South Africa with the purchase of a former textile mill located in New Germany, one of Durban’s oldest industrial areas in 2017. Since then, it has invested significantly in implementing a number of sustainability interventions and initiatives and was rewarded with a Five Star Green Star Certification for Existing Building Performance from the Green Building Council of South Africa.

Equator is not only the first member of the local fashion supply industry to achieve this but is  also only the fourth company to obtain a rating for an existing industrial building in South Africa. Africa. Other notable South African achievers are carpet manufacturer, Belgotex, also in KZN, and craft brewer, Darling Brew, in the Western Cape.

The rating, which is comparable to other respected international certifications, focuses on energy use and water efficiencies, waste management and peoples’ working environments – all factors that were not priorities when the factory was initially built by the then Frame Textiles in 1967.

Buhr says that, while this significant Five Star Green Star Certification marks a notable milestone for South Africa’s largest belt manufacturer, this is just part of a long-term journey.

It started with rainwater harvesting and water saving fittings, energy efficient fittings and systems, waste management systems (including reduction, recycling and composting), improved indoor environmental quality through the use of double-glazing, non-toxic paints and finishes, the use of second hand and upcycled furniture, employee training and operational initiatives to improve efficiency, material offcut donations, and small business and employee development.

“The fashion retail supply chain starts with having the right product and value for the shopper, but it is much more than that. Increasingly it is transparency, responsible and ethical sourcing of raw materials, environment, good working conditions, compliance and more. We can no longer be just a belt factory. Our sustainability journey must make sense to the industry, our retail and brand partners and the consumer. We have to be product, raw material and consumer trend specialists,” he notes.

He says that sustainability is a company-wide, all-encompassing effort that is becoming deeply ingrained in the company culture. “It is said there is no destination for a sustainability journey – just daily improvement. But if one could define sustainability goals, it would be a circular economy and carbon neutrality. So we use those as our guiding lights in terms of decisions and choices we make and innovations we implement.”

Buhr adds that, Equator – the Belt Factory TM is also committed to ensuring that sustainability claims are backed by science. The company worked closely with sustainability and green building advisors Ecolution Consulting in order to certify the building and ensure a credible and comprehensive sustainability journey.

Having achieved a certification for the factory, the focus will now shift to more responsible raw material sourcing, packaging and lower impact logistics. 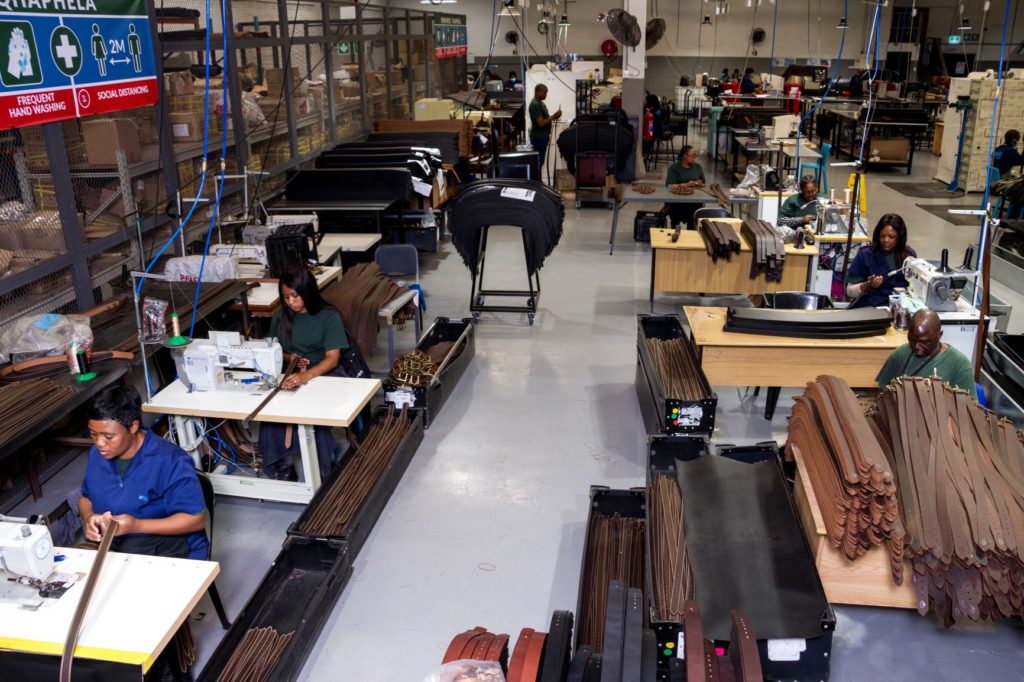 “Companies can easily fall into the trap of making bold and misleading sustainability claims. But we want to be clear that we do have an impact and that we still have far to go. We are, however, set on making every decision with sustainability in mind and communicating that transparently. We are excited to announce our progress with regards to our green building certification,” Buhr concludes.