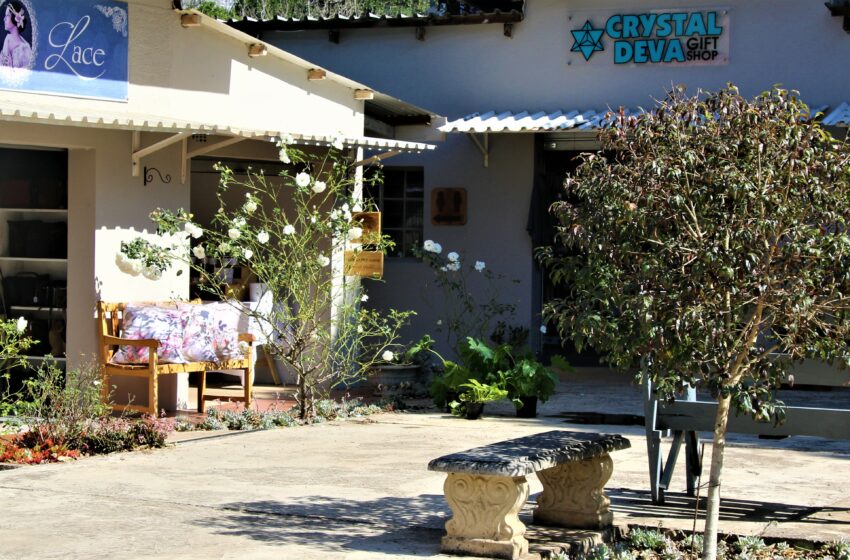 A stop-over at Tweedie Junction – take the Tweedie / Howick off ramp from the N3 and head towards the R103 and Midmar Dam – is the perfect way to break a long journey between Gauteng and the Coast or even start your journey from Durban to the hinterland. Better still, make this the first stop off on your Midlands Meander as you head off into the country side.

Just minutes after my glide off, I could feel the adrenaline dropping and those shopping endorphins kicking in. 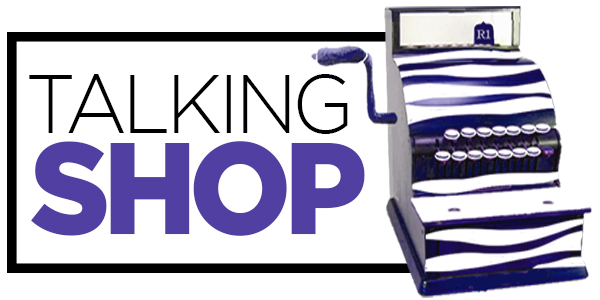 I love those little roadside conglomerations where you can park hubby off at a pub or a coffee shop and set about exploring a cluster of fascinating shops preferably with local nick naks that come in handy for those forgotten corners of your home or for gifts for special people.

As decorators will know, it is those very special and often unexpected bits and bobs that make a home come alive and serve as perfect talking points when you welcome anyone through your front door. Your home is your canvas.

Take it from me, Tweedie Junction delivers on all things quirky and vintage. 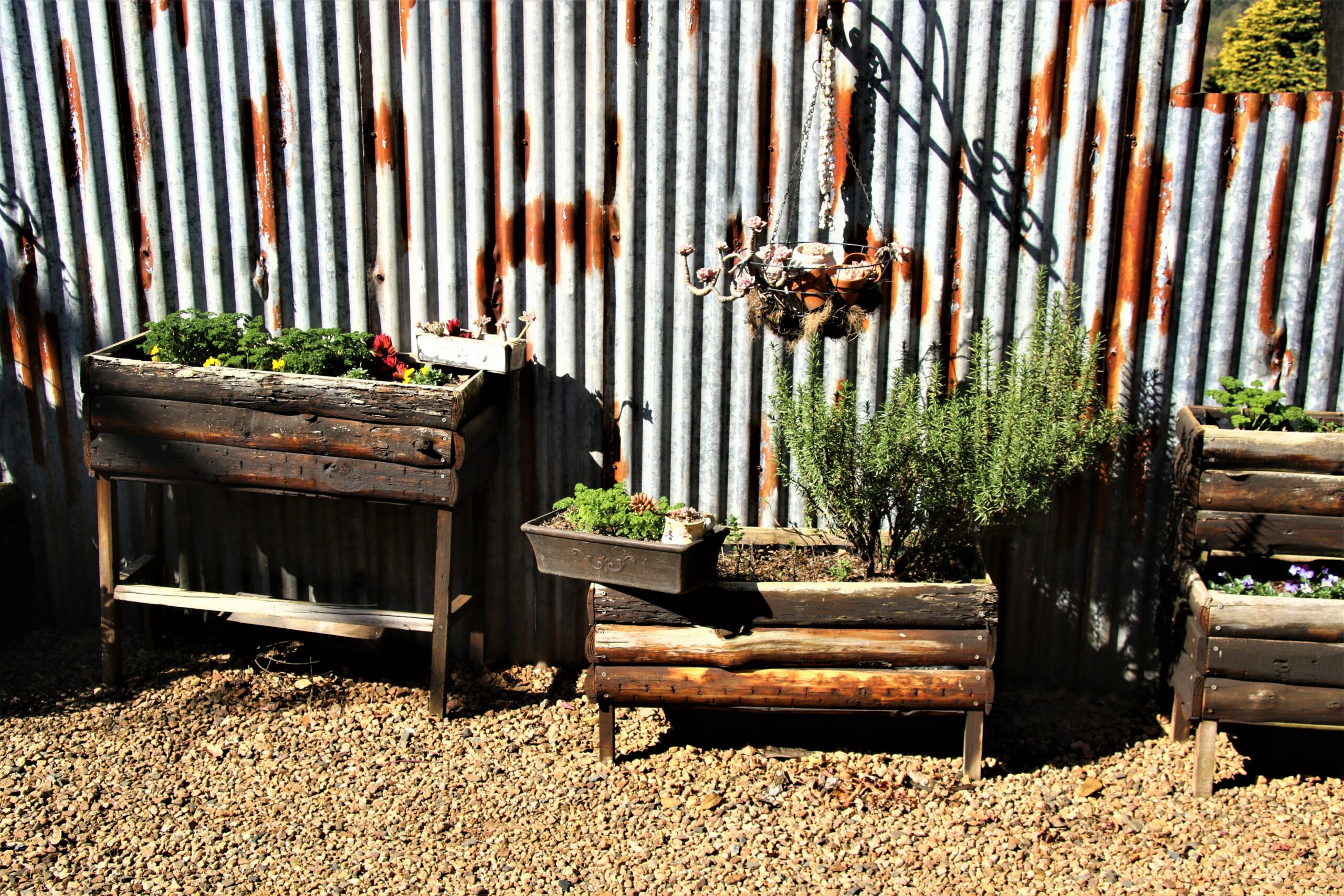 Like fun coffee shops, I love to know about the shopping spots that I visit. This time round, I got two for the price of one. I was lucky enough to hear all about Tweedie Junction from Lynne Garbutt, who is both landlord and partner in the delightful Full of Beans Coffee Shop at Tweedie Junction. I enjoyed a delicious chicken and cous cous salad and one of the best mango milkshakes I’ve ever slurped. (Okay, not really, but I will be going back for another soon). 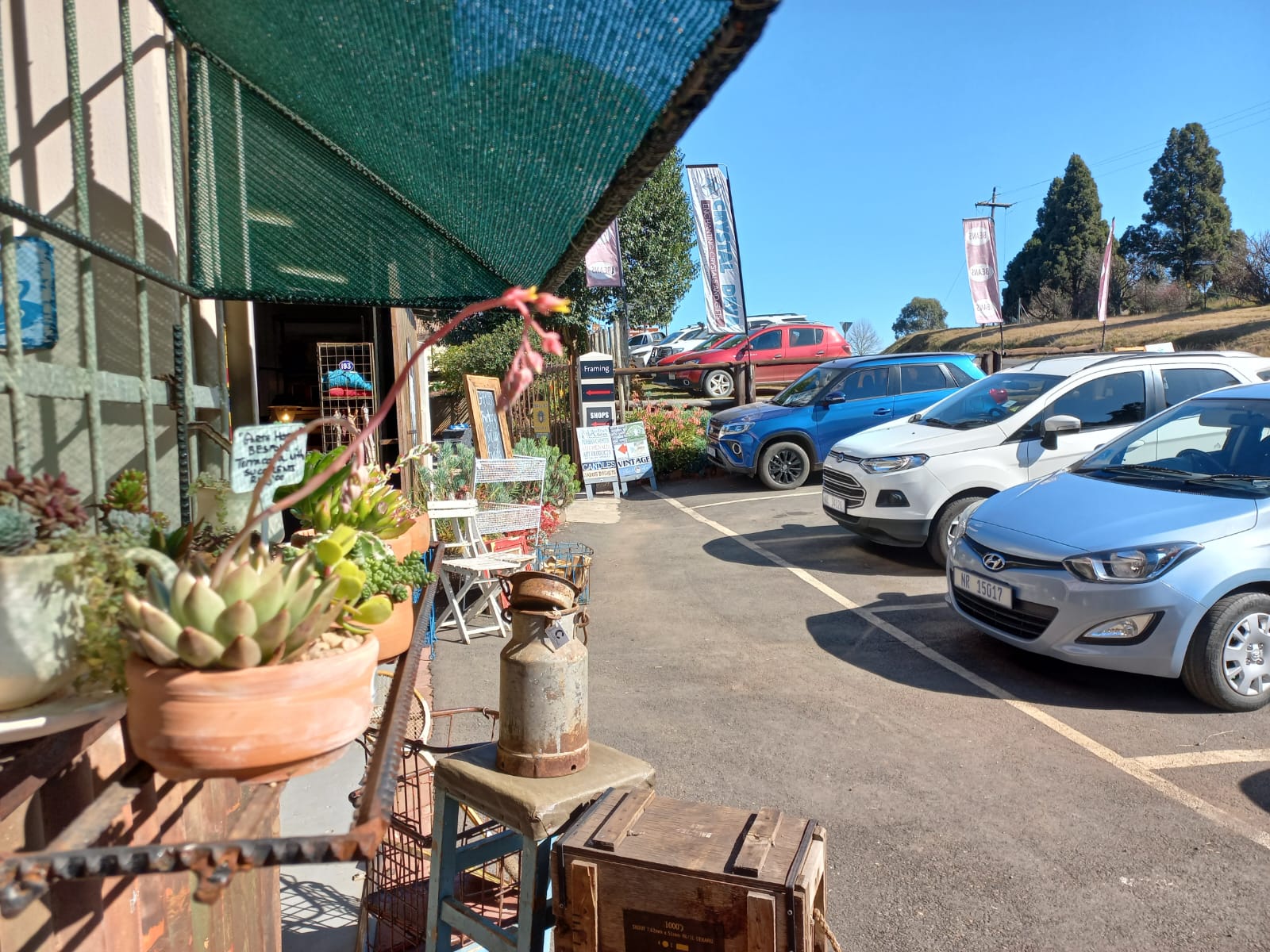 The warm and welcoming coffee spot – which Lynne says has a regular clientele from nearby Howick and environs who don’t even need to place their orders before heading to their tables where their favourites arrive shortly afterwards – was the starting point for the Tweedie Junction adventure.

Lynne and her partner, Isabel Verwey, had sold up in Johannesburg and decided to migrate to the Midlands in 2013. The two settled near Dargle. It was perfect for Isabel who Lynne describes as “very horsey”. Lynne, on 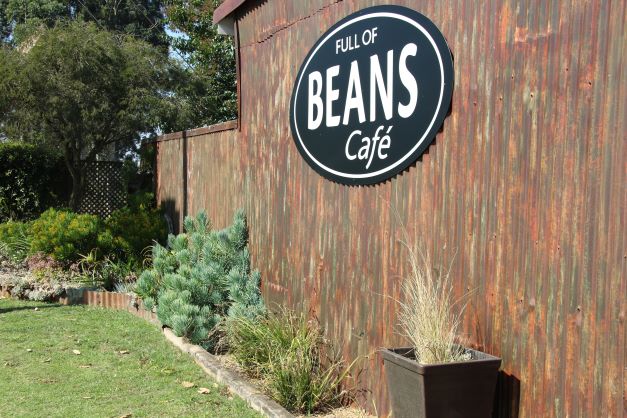 the other hand, was the financial manager for a Joburg-based furniture manufacturer and continued to crunch numbers remotely for the company for some time after their move.

She adds that she also wanted her good friend and now coffee shop partner, Debbie Seegers, to find a reason to relocate to the Midlands as well and opening a coffee shop seemed the perfect excuse for that. The two had worked together before and she took on the challenge of finding the perfect venue to lure Debbie to the countryside. 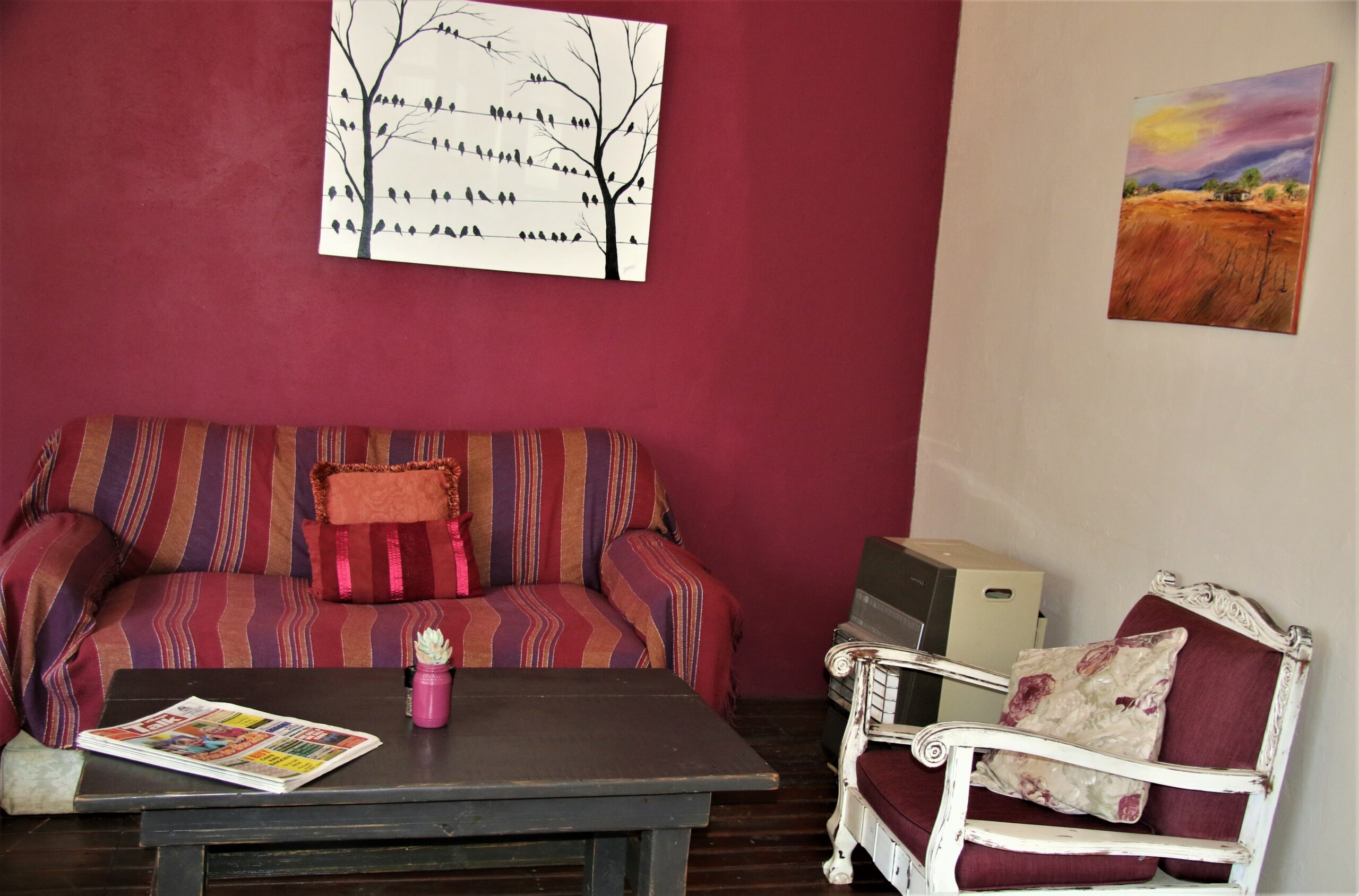 “I said, why don’t you move here. She said what am I going to do? When I mentioned that we could open a coffee shop, she replied: “you and your big ideas” and then told me to go and find the place and give her a call,” Lynne recalls over a cappuccino.

She did both. The tatty general store that was also home to a small wrought iron shop on the corner of the road leading to Tweedie and ending at a T-junction with the R103 had caught her eye. It was the perfect spot with plenty of passing traffic. 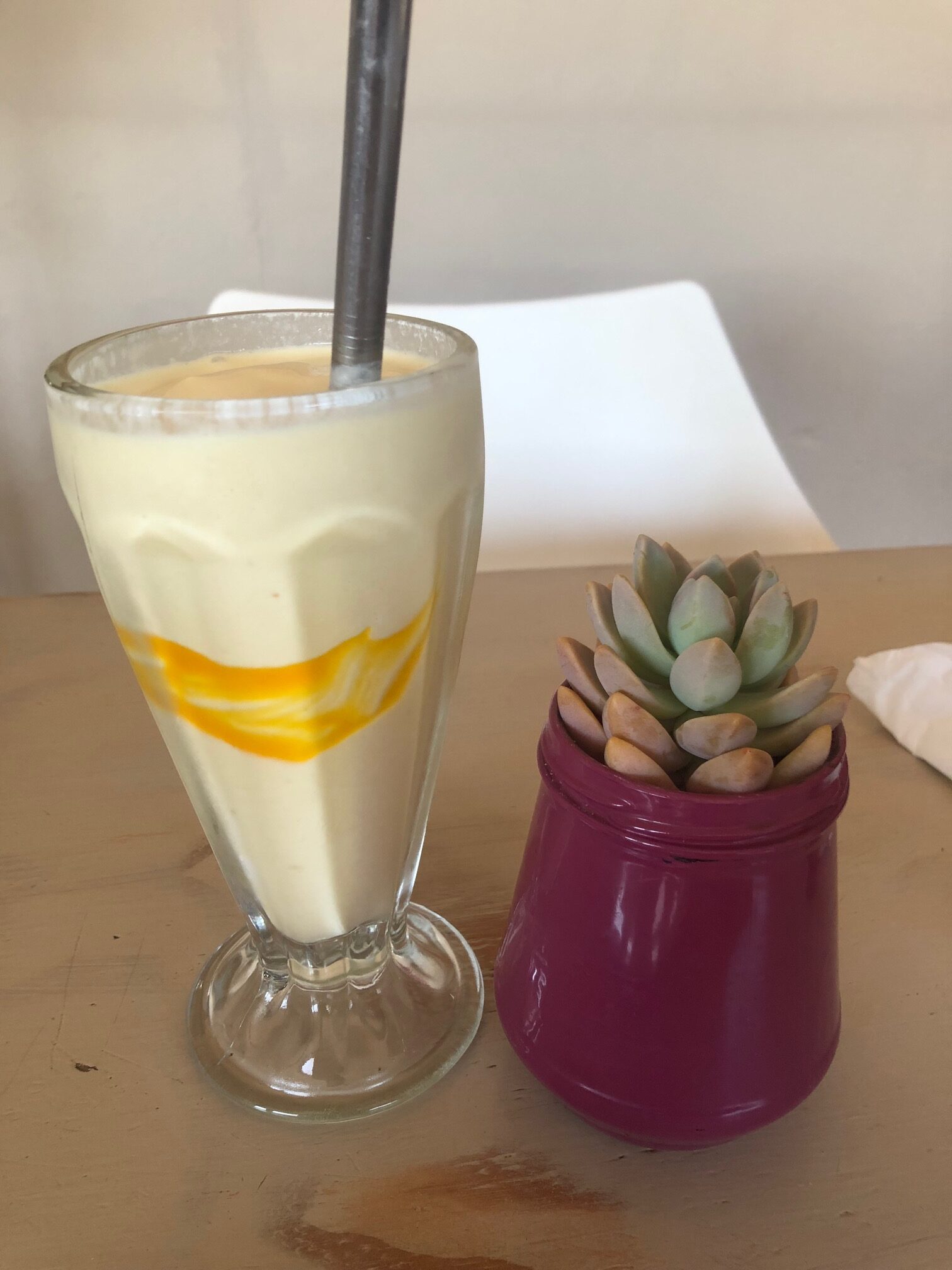 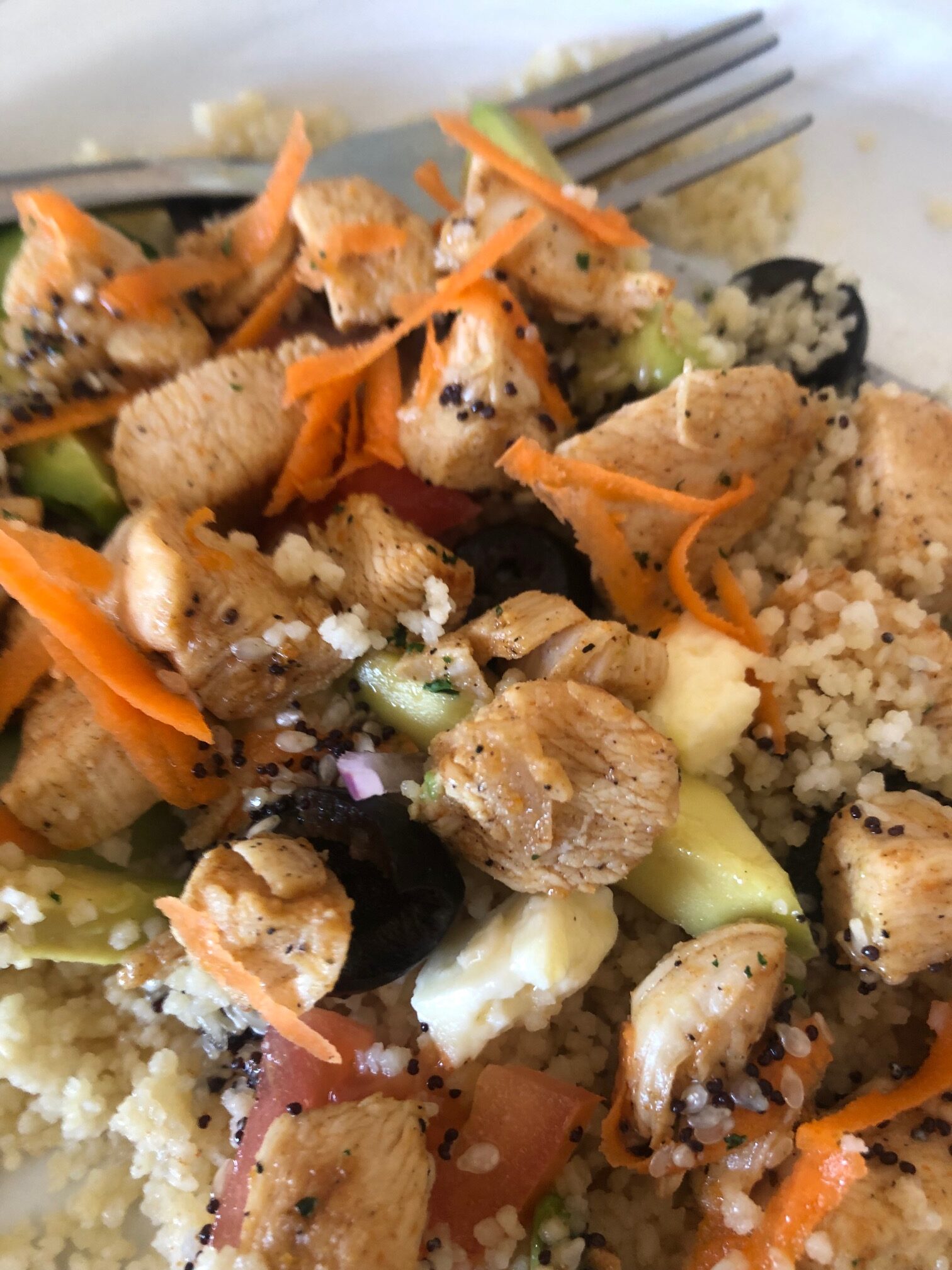 “There was nothing here. It was just a small wrought iron place. Isabel suggested that I go and speak to them and find out if it was for sale. I did and it was. Debbie came down and said let’s go for it.”

The idea behind the vintage themed coffee shop comes from one of Lynne’s favourite stop-off spots when she is travelling – The Little Church at Van Reenen. “Every time I stopped there, I thought that one day I’d love to have a coffee shop just like it. That is where this idea came from,” she says.. 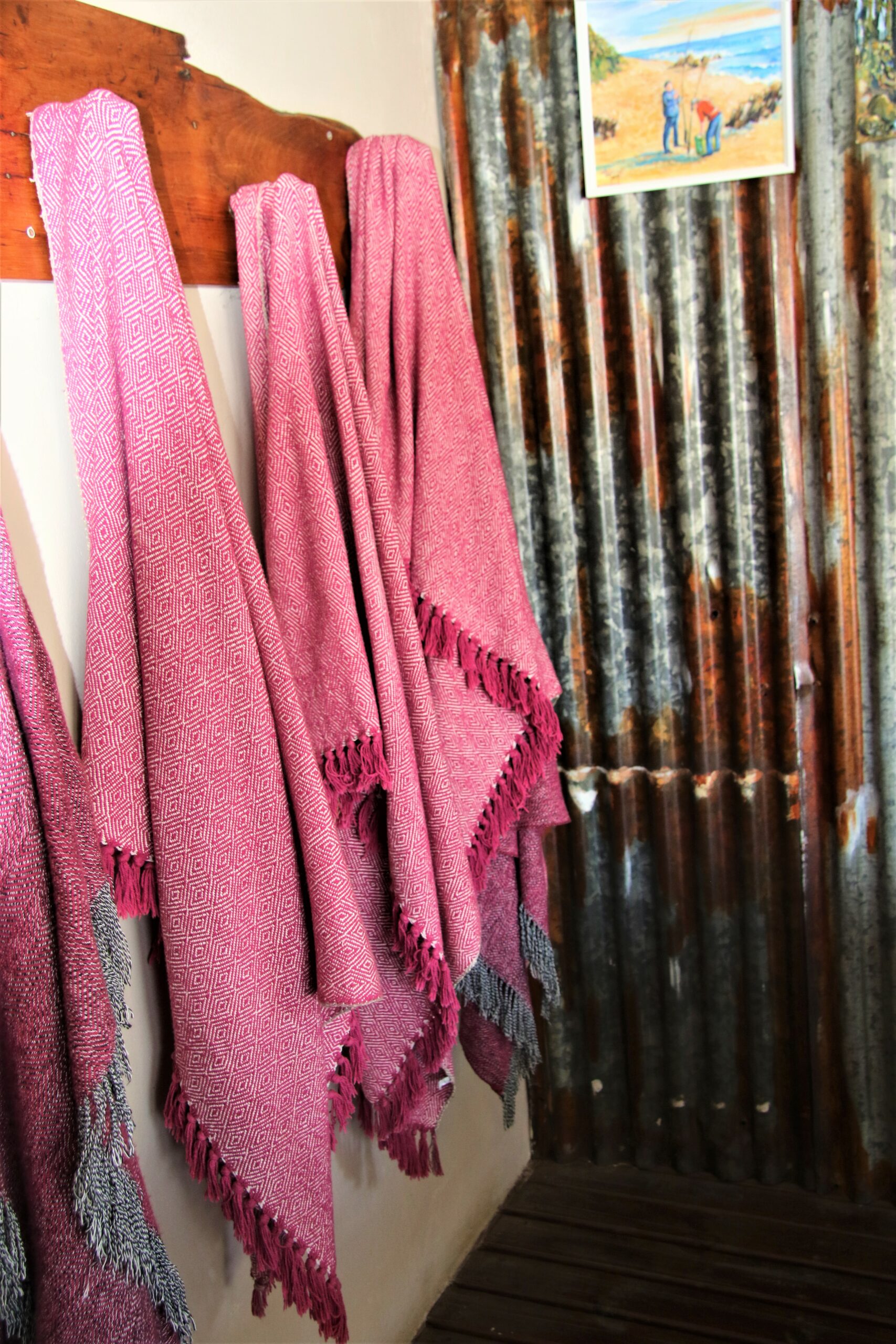 Lynne continues: “When we told friends of ours, they asked if we were sure that we knew what we were doing. I think some of them must have thought we were insane.”

She appealed to Jerry Day from wrought iron manufacturer Serendipity who had his shop in the building to help her renovate.

“He became the project manager and managed the whole renovation. Jerry and I would sit down together and say what are we going to do next. I am not a builder. We just decided let’s do this or that,” she laughs.

What unfolded was a renovation that would be a perfect fit for a Home Channel special. Lynne had decided to keep the building’s signature corrugated iron cladding as it was part of the character of the place. They started with the coffee shop which, she recalls, was really run down and had hessian hanging from the ceiling.

“So we renovated this shop, built the deck and put the corrugated iron around here. Then we decided to start on the out buildings which were in a terrible state,” she adds. 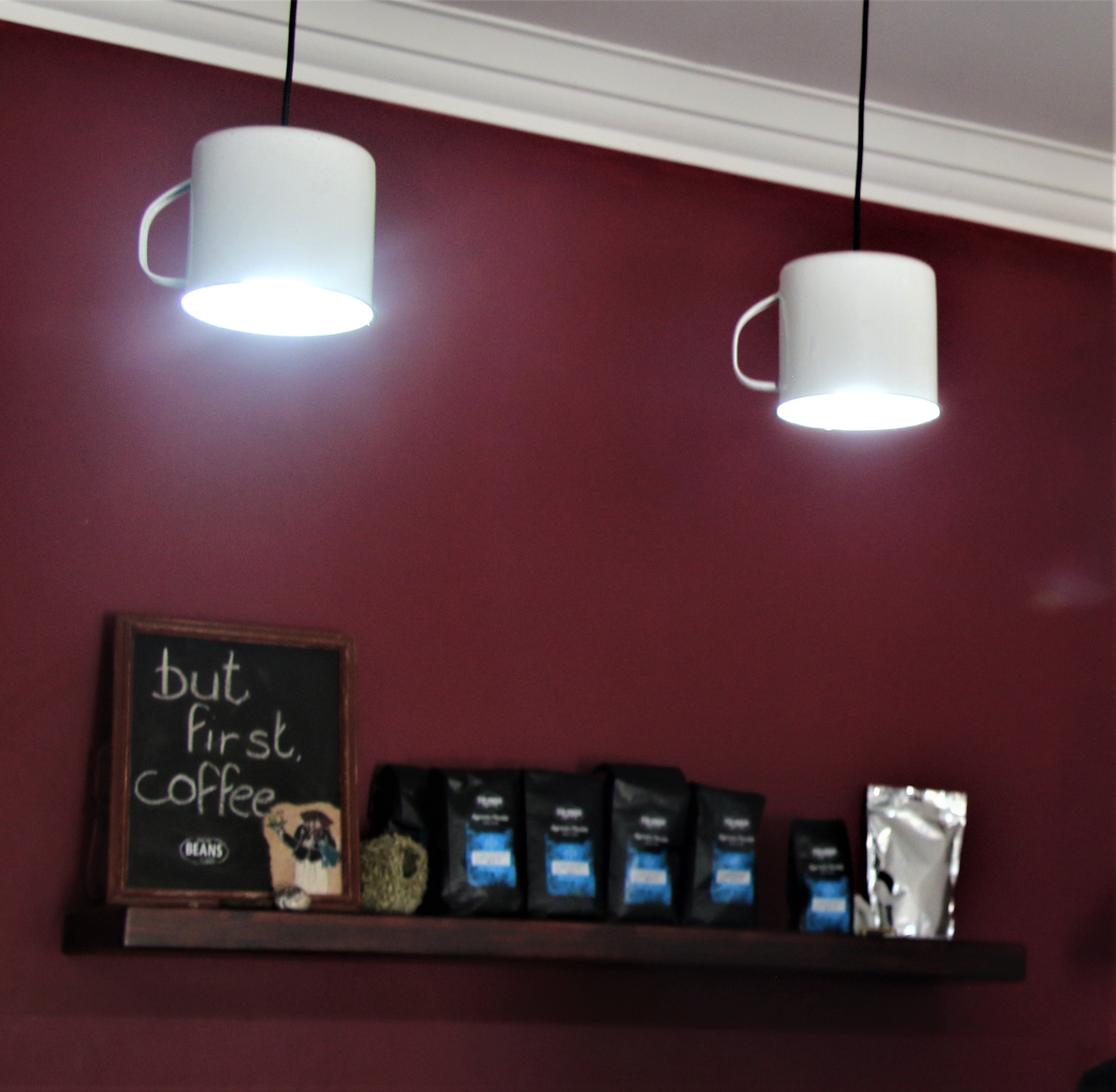 Today, these so-called outbuildings are home to a host of small shops surrounding a charming courtyard complete with some beautiful shrubbery, plenty of flowers and benches where people can bask in the sunshine and soak up the lovely vibe.

The scariest thing about the renovation, Lynne explains, is that it started before they had officially bought the building.

When the sale stubbornly refused to go through, Lynne made her way to the municipal offices from which she refused to budge until she’d solved her bureaucratic dilemma. Eventually, she found herself on her hands and knees rummaging through piles of documents, helping to search for the information about the property.

“We eventually found the box for this property but when we opened it, there were no plans in it and that was why they couldn’t give me the rates clearance needed for the sale to go through,” she remembers.

A little trust on the part of officials coupled with Lynne making good on her promise to bring in a draughtsman and have the plans redrawn from scratch did the trick and the transaction was eventually completed. It was December 2016. 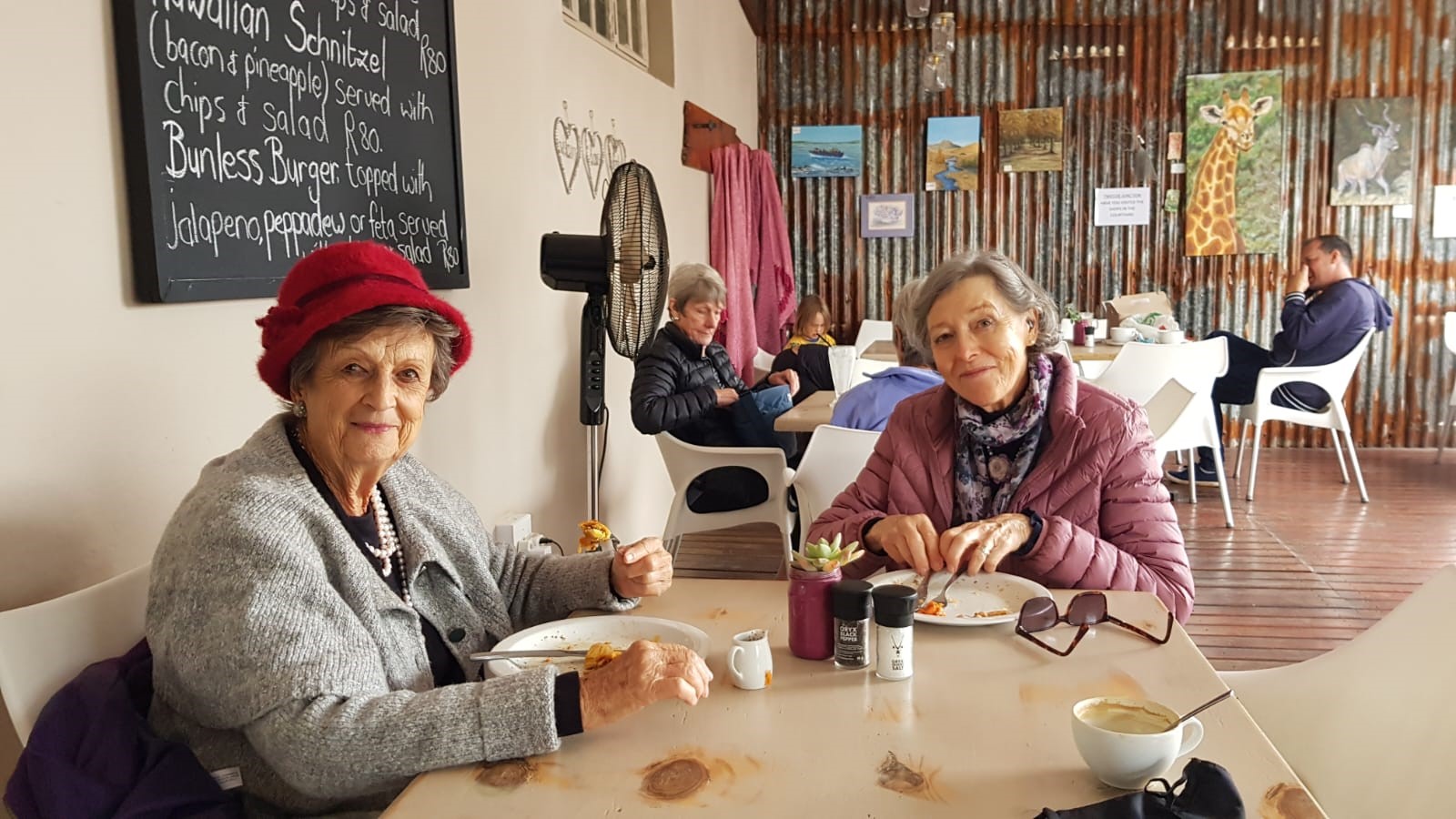 The revamp continued shop by shop until Lynne and Isabel officially named it Tweedie Junction to reflect its positioning alongside the highway and close to the main Midlands railway line, signed up some tenants and opened for business. 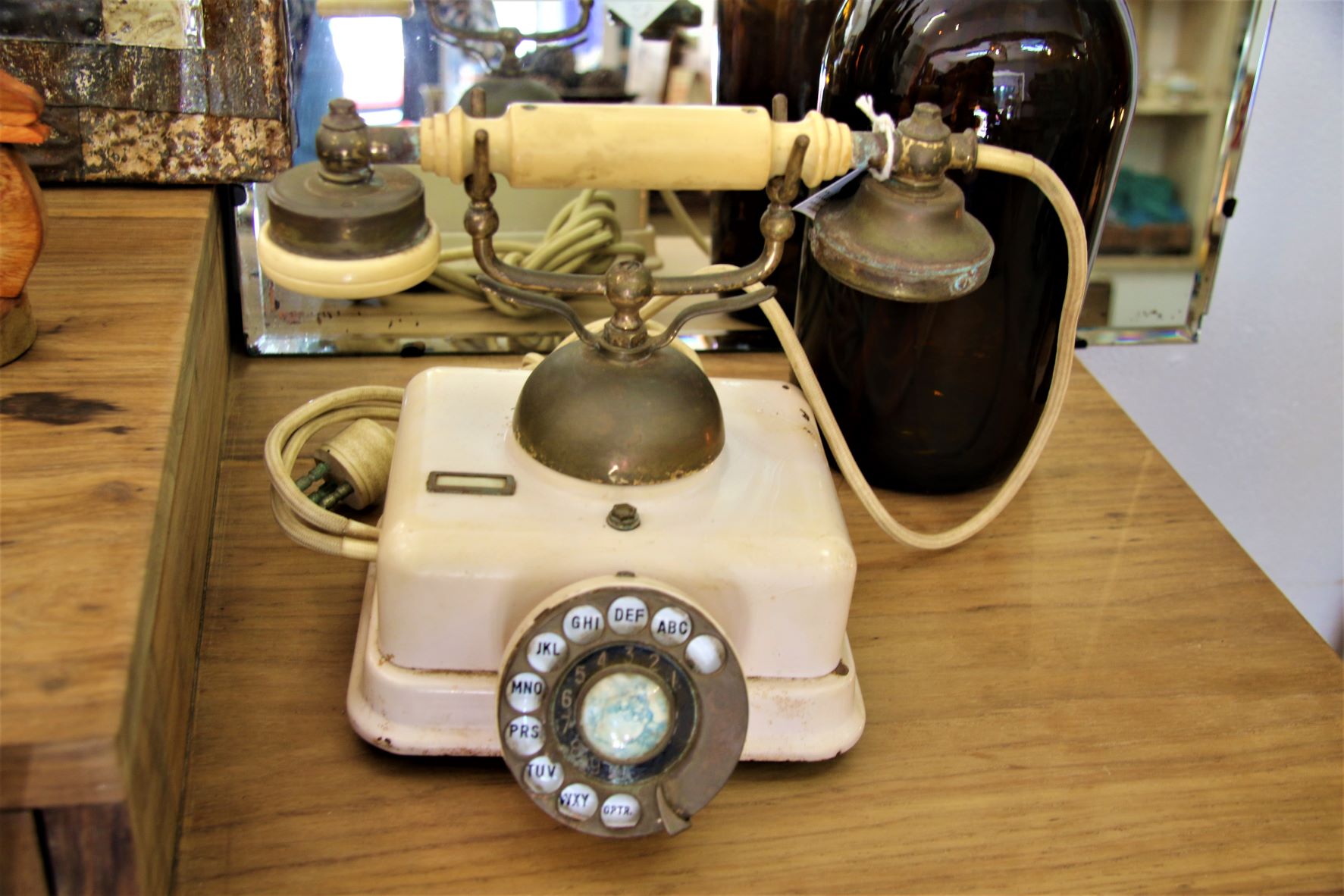 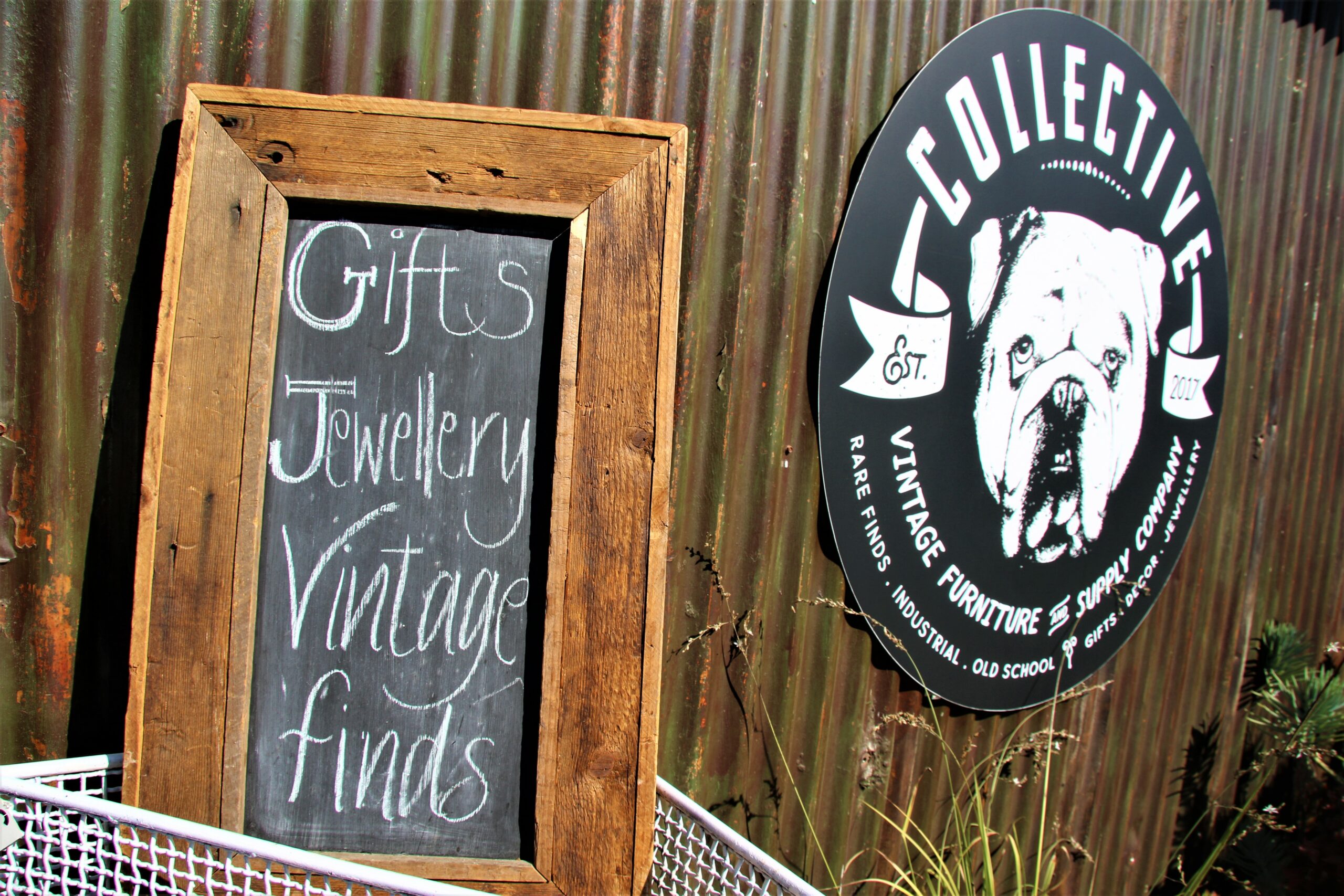 She says that the ultimate plan was not only to attract passers-by but to also to create a space close to Howick that local people could visit and feel like they were in the country without having to drive too far. They wanted the majority of goods sold at Tweedie Junction to reflect the work of local crafters and manufacturers in KZN.

Pre-Covid, everything was going nicely and they were gearing up for a fantastic Easter. The pandemic arrived in March, bringing travel restrictions that put massive strain on small businesses not just at Tweedie Junction but throughout the Midlands which relies heavily on tourism through the Midlands Meander. 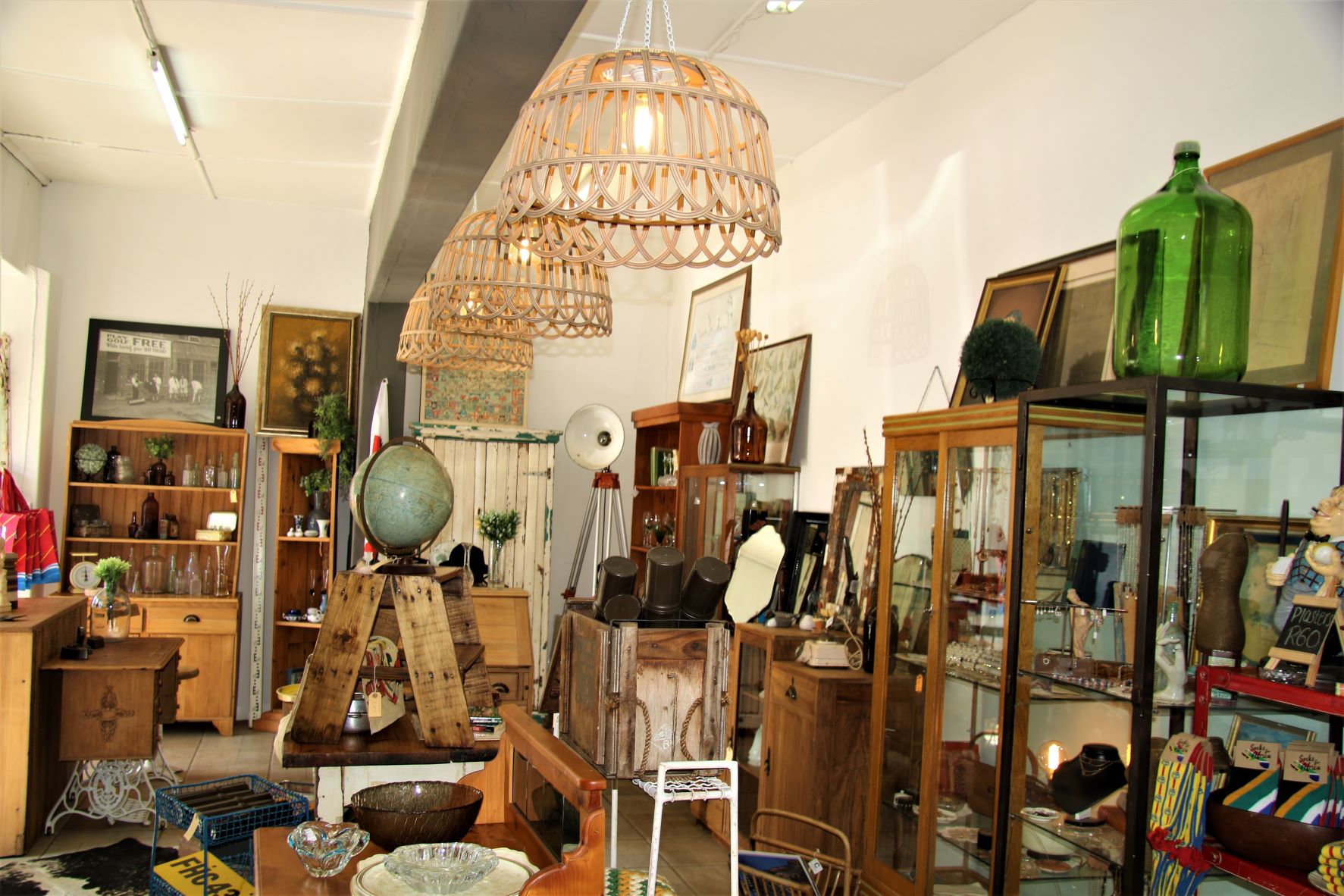 Lynne says she not only reduced rentals but tried to encourage struggling tenants. Some stayed and are rebuilding their businesses. “However, some couldn’t open again so I was heart sore about that. Being a landlord isn’t easy. Emotionally, it is quite tough. I feel my tenant’s pain when they are struggling and worried. Sometimes I don’t know what I can do to help them. At the same time, Debbie and I are partners and we have a responsibility to pay all our staff and run our business. We managed to pay everyone throughout Covid and we really try our hardest to do what’s best for everyone,” she says. 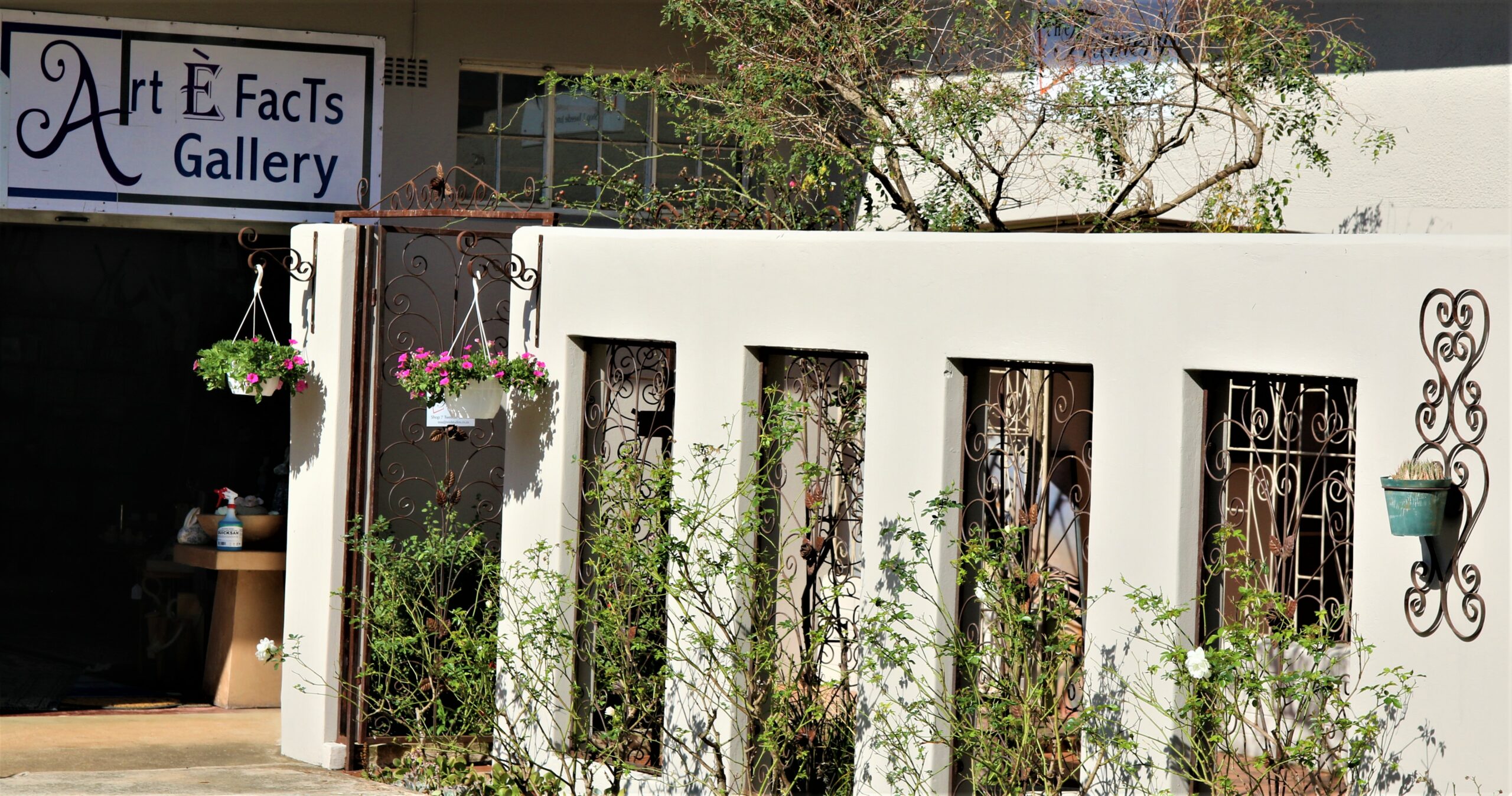 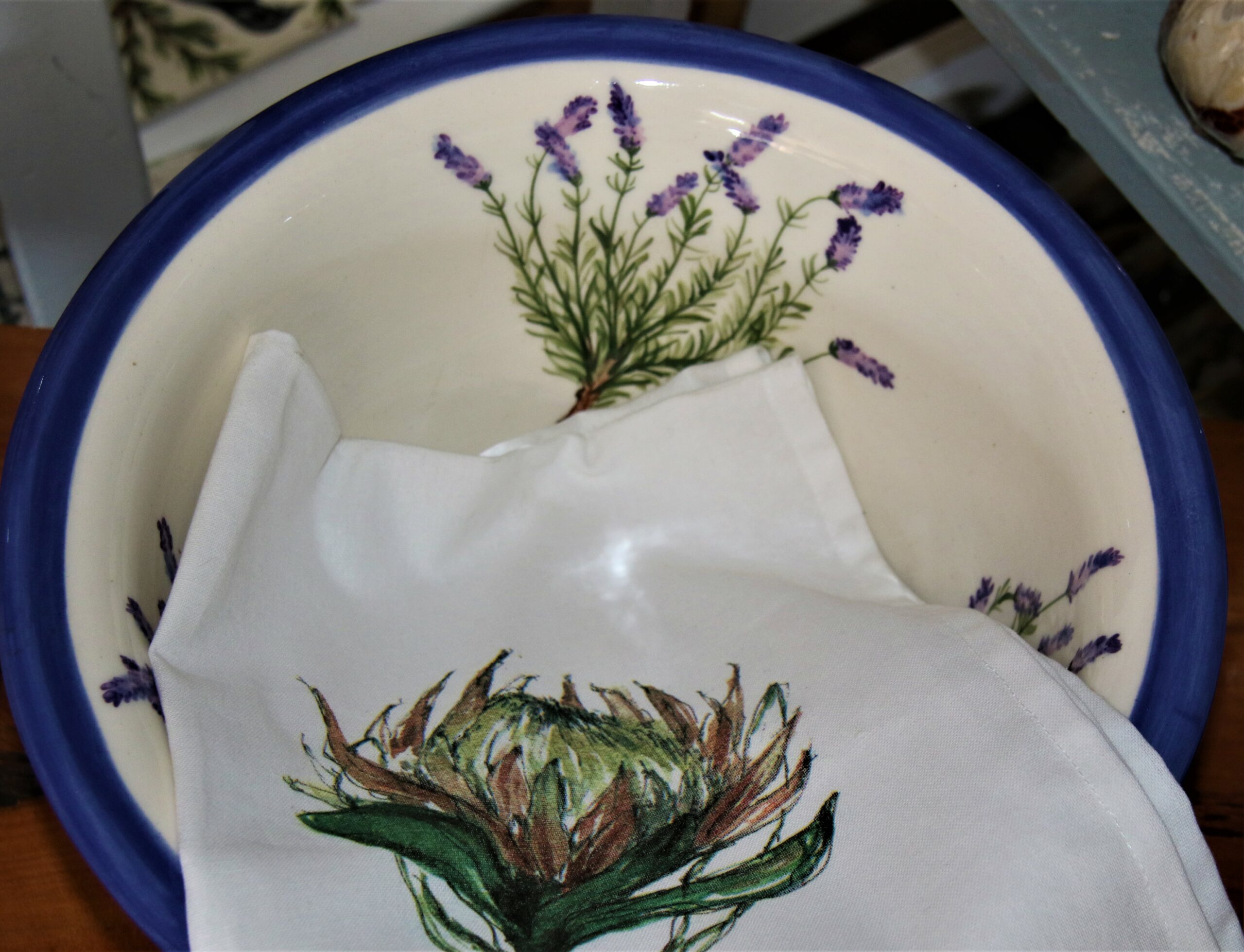 But new tenants have filled out the junction now and, as restrictions become distant memories and people begin travelling once more, Lynne is working hard to bring feet into the courtyard.

That, too, won’t be easy. Petrol prices are high. The many people who made their way up from Durban for a day long mini meander have lost the habit of venturing out. Ongoing roadworks along the N3 have also caused traffic backlogs.

But, take it from me, it is well worth visiting Tweedie Junction for a reminder of why we all enjoyed wandering through fascinating shops prior to the pandemic and a reason to take up that wonderful and therapeutic retail habit all over again. It brings back all that authenticity and genuineness that retail researchers tell us that post Covid consumers will come to crave.

Then it is into the courtyard and a first stop at Artefact, where Sandy Lynn Niel has everything from beautiful carpets to homeware and decorative items. Favourites have to be the enameled sinks which are more artwork than functional bathroom piece as well as the metalwork pieces. The butterflies that I bought are positioned proudly outside my front door as a reminder. 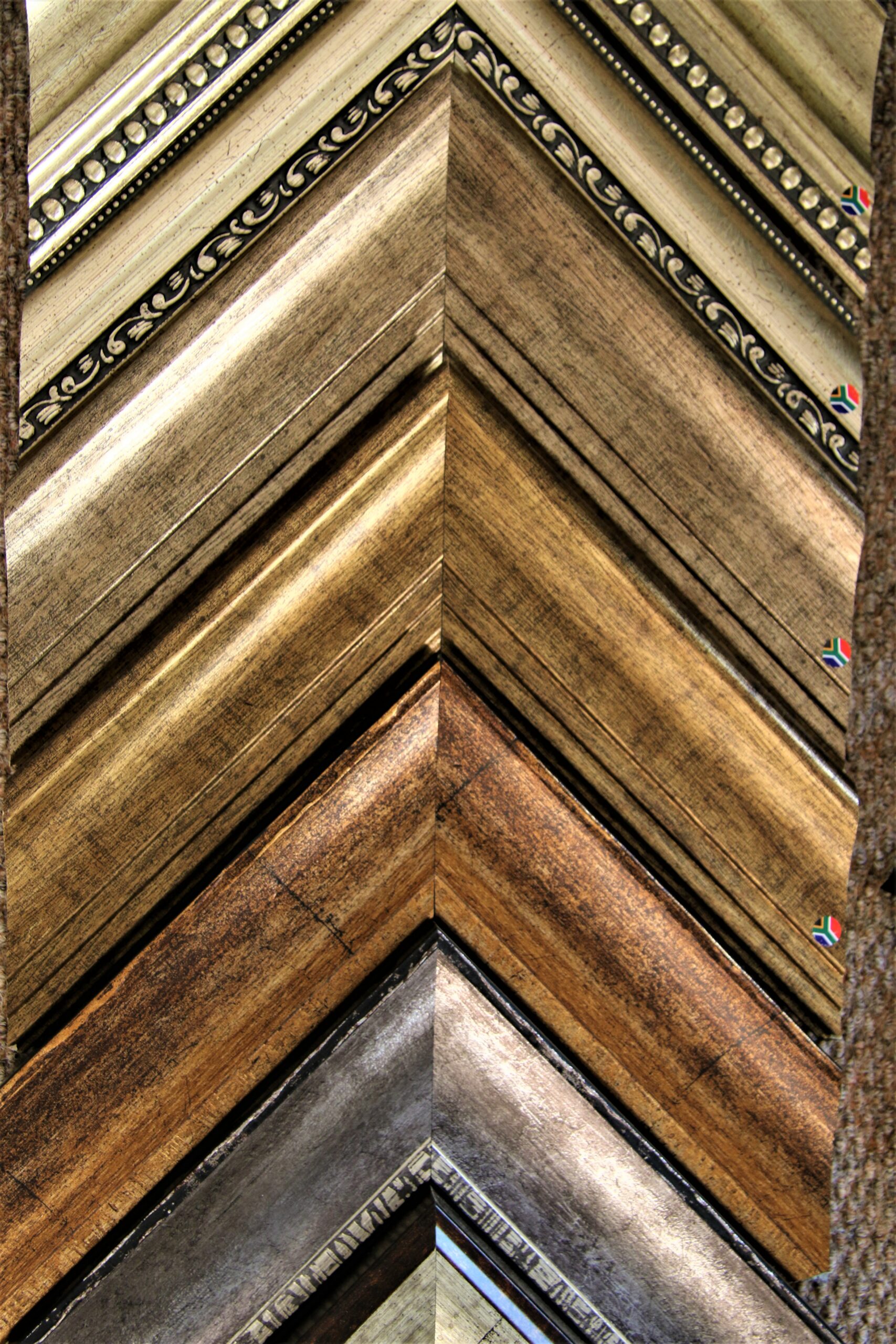 Then it’s on to The Framery where you are greeted by artist Tess Reid’s beautiful artworks. She has plenty of good advice for those wanting pictures framed on site- and a little detour to have a special piece framed by her is well worth it.

Heidi Kapp’s Linen and Lace has a wonderful array of the very sorts of things that its name suggests as well as herbal cosmetics and skincare products and unique clothing. Jabu’s Baskets which has an array of lovely decorative and storage items that are made locally.

Nestled in the corner is Crystal Deva where owner Eva De Fleuriot is happy to share her knowledge of crystals and natural healing as you wander through taking in a kaleidoscope of trinkets, jewellery and more.

It felt like I was in a whole different world in the nicest of ways. 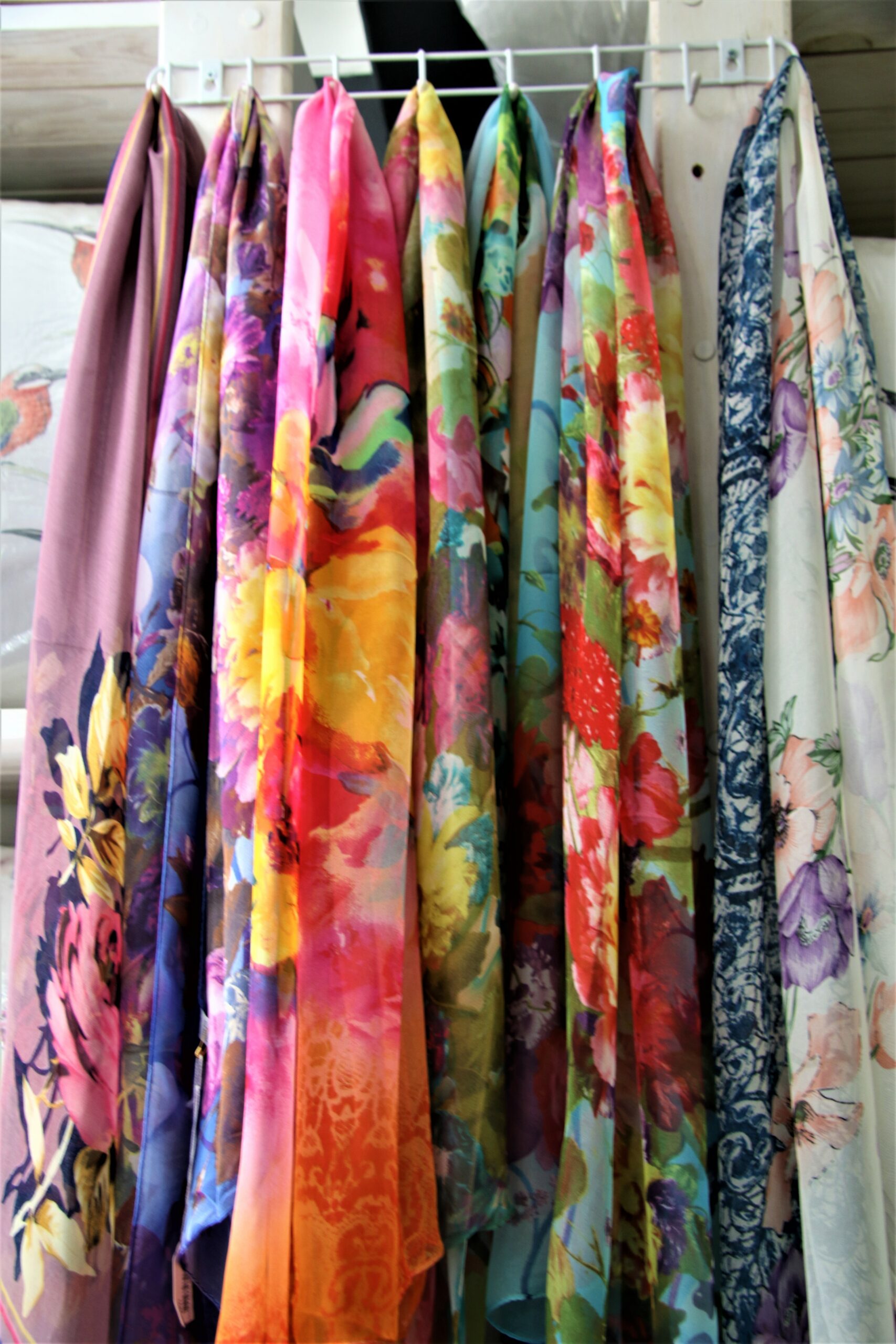 A newcomer to the courtyard is Iron Bru. Owner Dirk Shutte takes Tweedie Junction back to its metal working roots. Although this craftsman does all sorts of steelwork – making gates, balustrades, burglar bars and more – his real passion is iron art. The reason that he opened his shop is to showcase a unique collection of decorative items and artefacts that have a distinctly industrial feel that is reminiscent of the steampunk era.

I agree with Lynne that the overall mix is a lovely one and can promise that this will be regular stop-off whenever I am in the Midlands. Given that we are all free to roam freely again and that I find even the shortest time spent in the Midlands is rest for the soul, hopefully that will be quite often.

Then there’s that mango milkshake, of course … 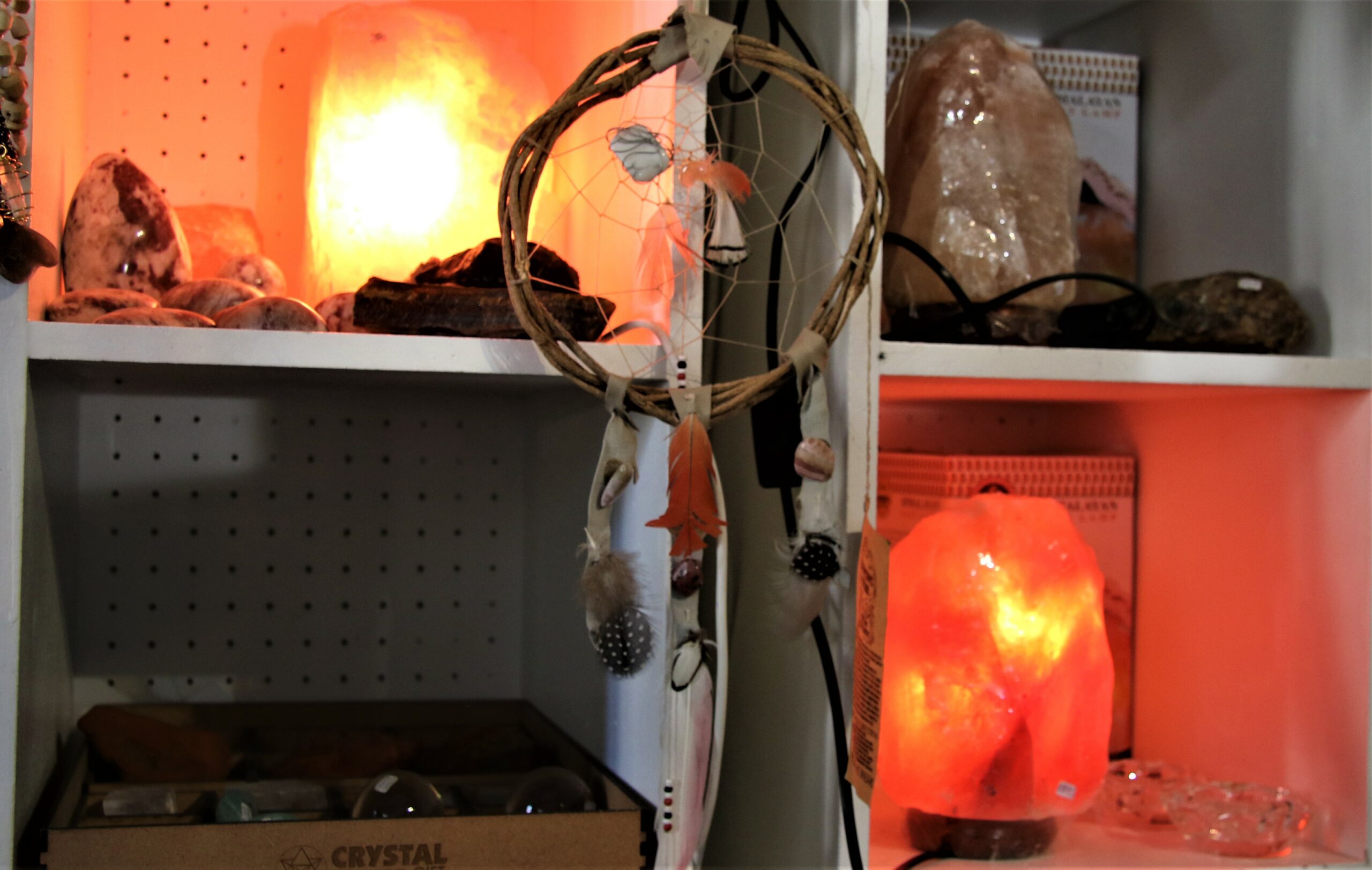 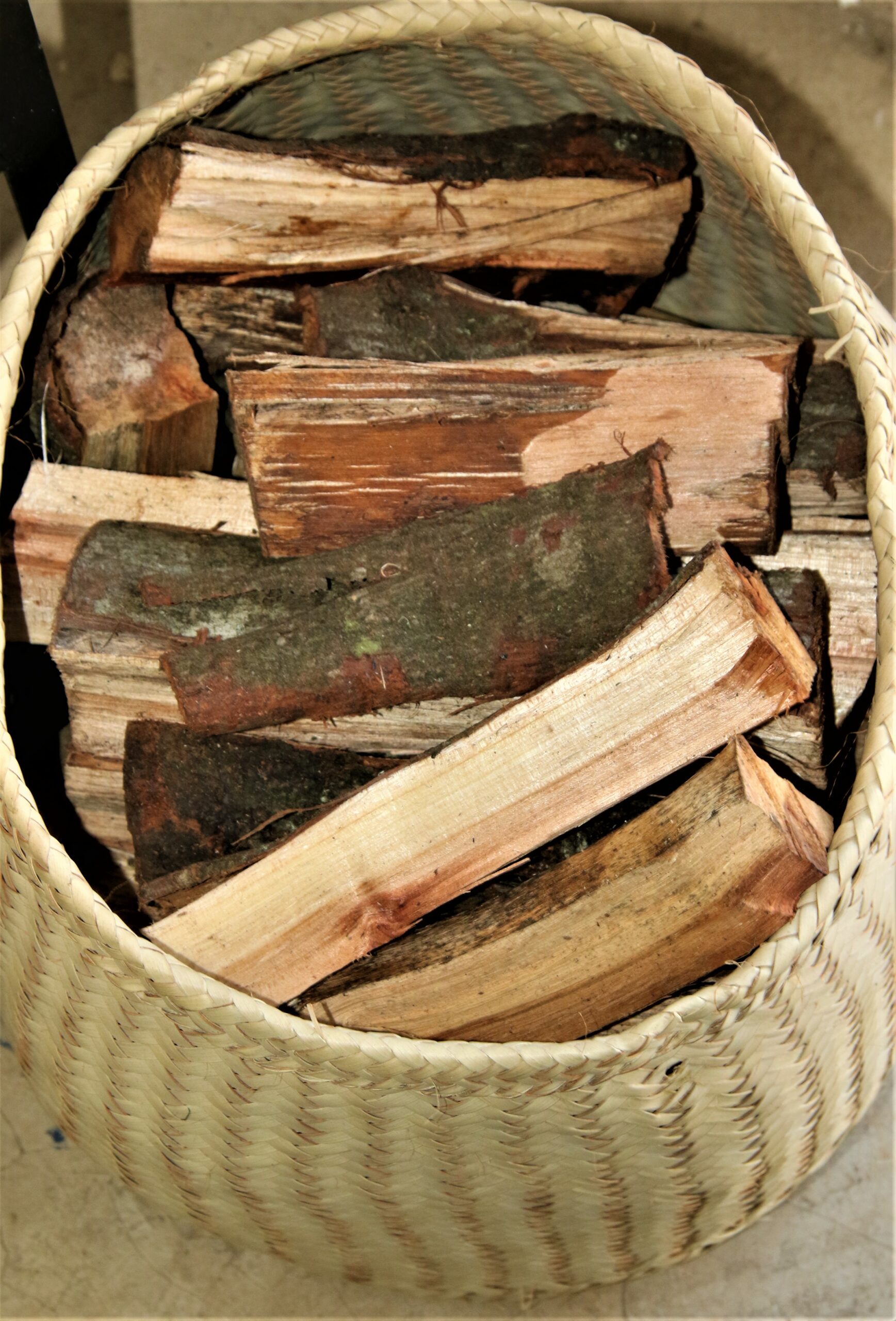 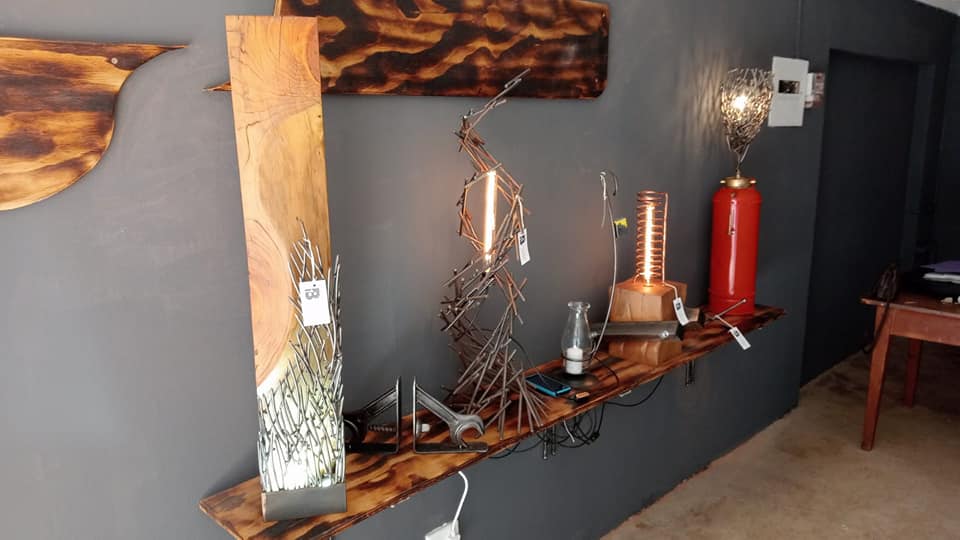 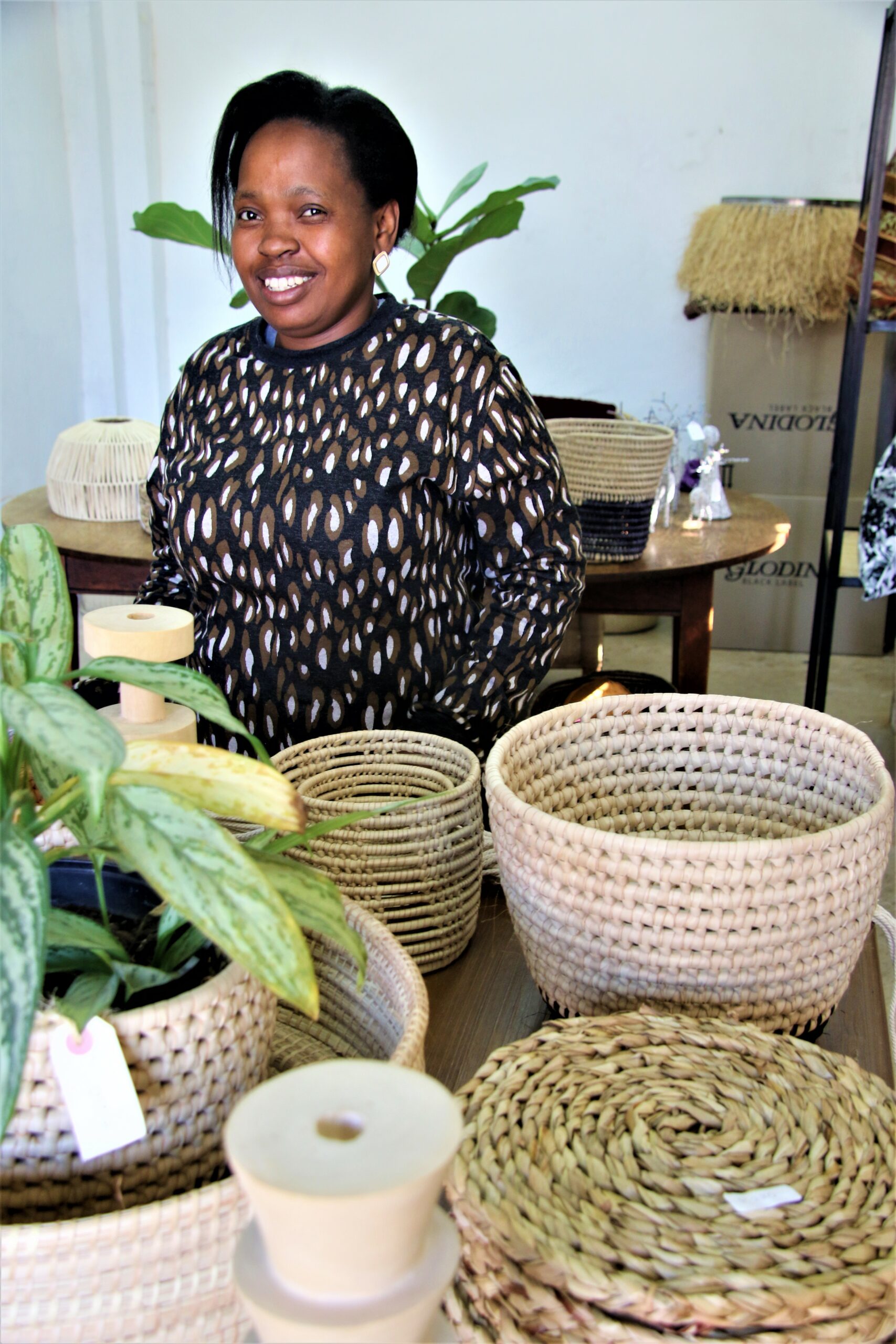 If you have an interesting shopping spot that you would like to share with us, please email shirley@outandbout.africa.