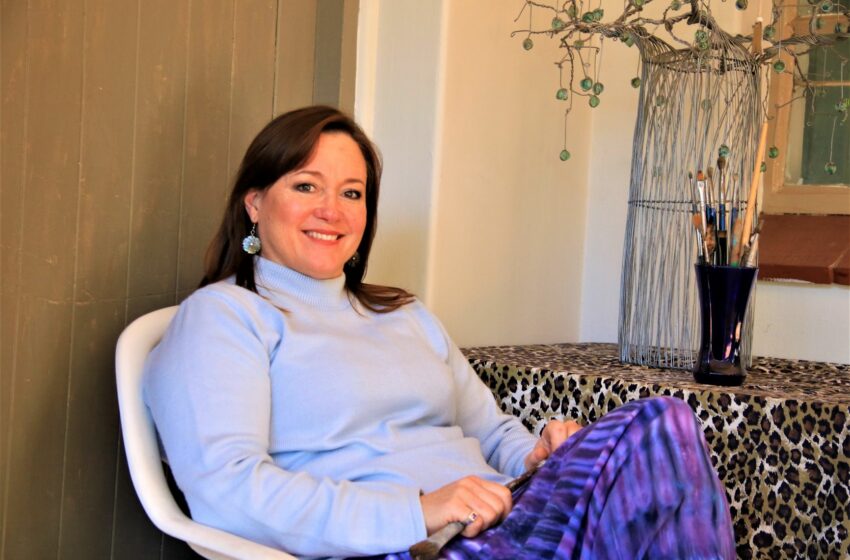 Artist, interior designer and founder of The Framery, Tess Reid

TESS REID AND THE FINE ART OF FRAMING

Tess Reid, founder of the Framery, brings a unique skills set to what many might see as the simple job of framing a picture. The difference here – and what brings people out to her special space at Tweedie Junction – is that she is not only an accomplished artist but a qualified interior designer.

So, out goes the mix, match and despatch approach of the many mall framing operations and in comes a talented creative with a special eye and an innate love for the people who love beautiful pictures.

“People need framing – it’s a really important service. Framing is actually part of the whole creative process. For me, it actually an art form. My super power is people and I connect really well with them,” she says.

What Tess enjoys most about her current business is meeting those that bring in their artworks for framing. “I absolutely love meeting new people, spending time with them to help them to make their choices. Sometimes it can get confusing. But you need to know what is possible. Eventually you get to the point where you have a bit of an aha! moment. You suddenly know what works.”

She would never be the type to bulldoze a client into making a particular choice. Instead, she believes that clients need to provide plenty of input so that, when they collect the final product, they really like it. Then she knows that she has done her job well.

It is also not as simple as matching boards and frames. Tess needs to know the colour of the wall against which the framed piece will hang as well as the overall feel of the room in which it will be placed in order to avoid any clashes and to ensure that an artwork blends in with the décor. 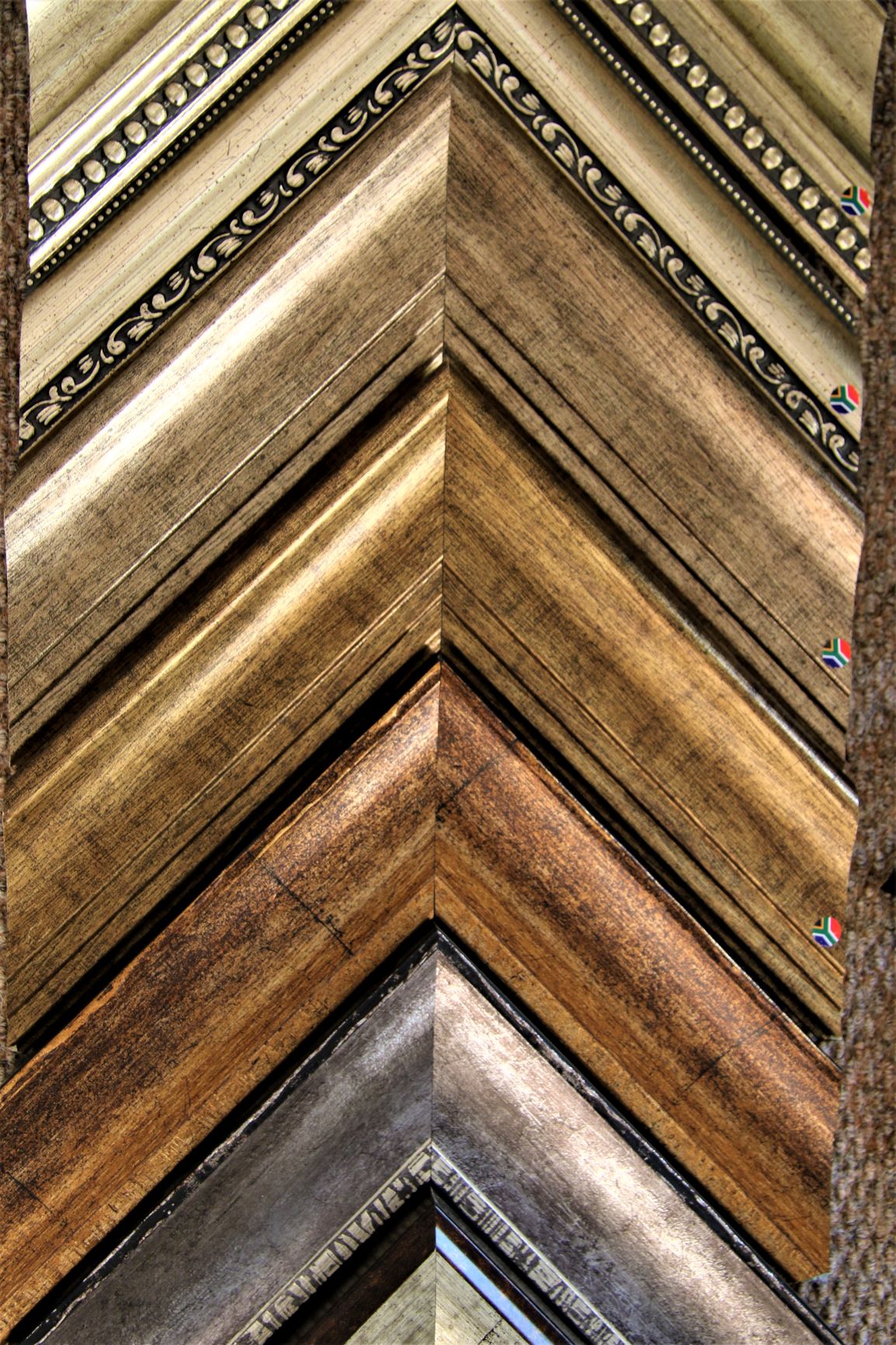 But does the eye of an artist make all the difference?

Absolutely, she answers. “I’m very good with colour. That helps me with framing because I can look at somebody’s artwork and pick up even the very minimal colours. So, I try and incorporate that into the mounts and the outer frame. I always look for the least colour in there to bring it alive and to help pop those colours that are just barely there. I do that so that, with the framing, you actually start to notice them.

“I also try to bring in the highlights. Sometimes the highlights in a picture are the last thing you put onto an artwork and they are the least amount of colour.

So, I pick up the highlights and  the lowlights to just enhance it. It works every time,” she explains.

When it comes to the interior designing aspect of her business, Tess believes this fills in the final part of the puzzle. Having worked in the field, she understands spatial awareness and, again, the impact of and relationship between colours.

But, most of all, the model making skills she gained whilst doing her studies have provided important technical know-how.

“I am very good with my hands.  I’ve got to create with my hands, make something tangible. When I had to make very intricate models of things, I had to get everything very precise which has helped with framing too,” she adds.

Then there’s the fact that she is, by her own admission, a perfectionist. “I’m very pedantic about my corners, about getting the angles right. I don’t release something unless I’m happy with it.”

THE FRAMEWORK FOR HER BUSINESS

Tess says that she has framed many fascinating things over the years. One client was smart enough to rip down a 1994 poster of the ANC Campaign for Nelson Mandela to be voted into power. She says the mark at the top where it was nailed is still visible, making this an almost one-of-a-kind treasure.

But the reason that Tess and her artist husband Vincent Reid got into framing was purely pragmatic. They found that it was becoming too expensive to send their work to a framer in Pietermaritzburg and bought some second hand equipment to do it themselves.

In 2016, the couple founded the Hallett Reid Gallery in Howick in collaboration with renowned sculptor, Allen Hallett, and his wife Jenny. They exited in 2018 and it became The Reid gallery.

Adding framing was a natural progression. “People would come in and want to buy art from the gallery. Then they would ask where they could get it framed. We were only framing for ourselves at that point but decided to do it for the public,” recalls Tess.

She quickly developed this into a side line business. When they were forced to close the gallery in the wake of Covid and travel bans that kept the international and domestic tourists that were the lifeblood of the business at home, she continued framing in the garage of her Howick home.

Difficult as it was at the time, the shutting of The Reid Gallery was not all bad, it turned out. The outlet was open every day of the week and Tess was buckling under the strain of working all day and then framing after hours.

“I basically just worked constantly. I didn’t stop. By the time Covid arrived in 2020, I was so frazzled, I was just relieved to have a break,” she remembers.

Forced to stay at home, she could paint again.

“I just sat in my garage and painted. I sold it to a buyer in Texas who loved it. I rolled it up and sent it to him. That was so awesome to have my first painting during lock down sell so quickly and it helped us get through that month!,” she says.

But Tess also still had people calling to ask if she was still framing and she continued working on this side of the business by appointment.

“Once lockdown had lifted a little, people started clandestinely coming to the house. Before I knew it, I had been doing that for two years. I was just so grateful for the continued support,” she admits.

But there’s always another side to the story and Tess needed to find her own space and re-organise her home as her away-from-work refuge.

She tells the story of how she became friendly with Sonia Hilton who took over The Reid Gallery space for her business, The Collective. Sonia had moved to Tweedie Junction where she said that she was getting better foot traffic and sales as part of the Midlands Meander. She arranged an introduction with landlady, Lynne Garbutt

“We hit it off so well. We sat here and spoke for an hour and she said: ‘You know what Tess I will wait for as long as it takes. You

are the right one. Whenever you are ready, just tell me. She knew before I did. I took a month and a half to properly decide to do this. It was a bit of a leap of faith. But I knew I had to make that change,” she says.

The next big leap was taking on her first employee, Charl Muller, a qualified graphic designer who has been in the framing business for six years.

“Even though I’ll do the physical side of framing, I enjoy the interaction with people more. Now, I’ve got somebody who will help me. He’s really good and I’ve never been so up to date with all my framing,” she says.

The space that is now occupied by The Framery was available from May 1 as was Charl. Friends and family gathered to help her move and transport her equipment. Everything converged.

“By the Thursday or Friday of the first week of May, I was operating. People were walking in already. It all came together so perfectly and I can just see it’s just onwards and upwards. I’m very excited,” Tess says.

Having a right hand man and being a little distanced from the challenges of a busy household, Tess says she is also now free to grow her career as an artist. 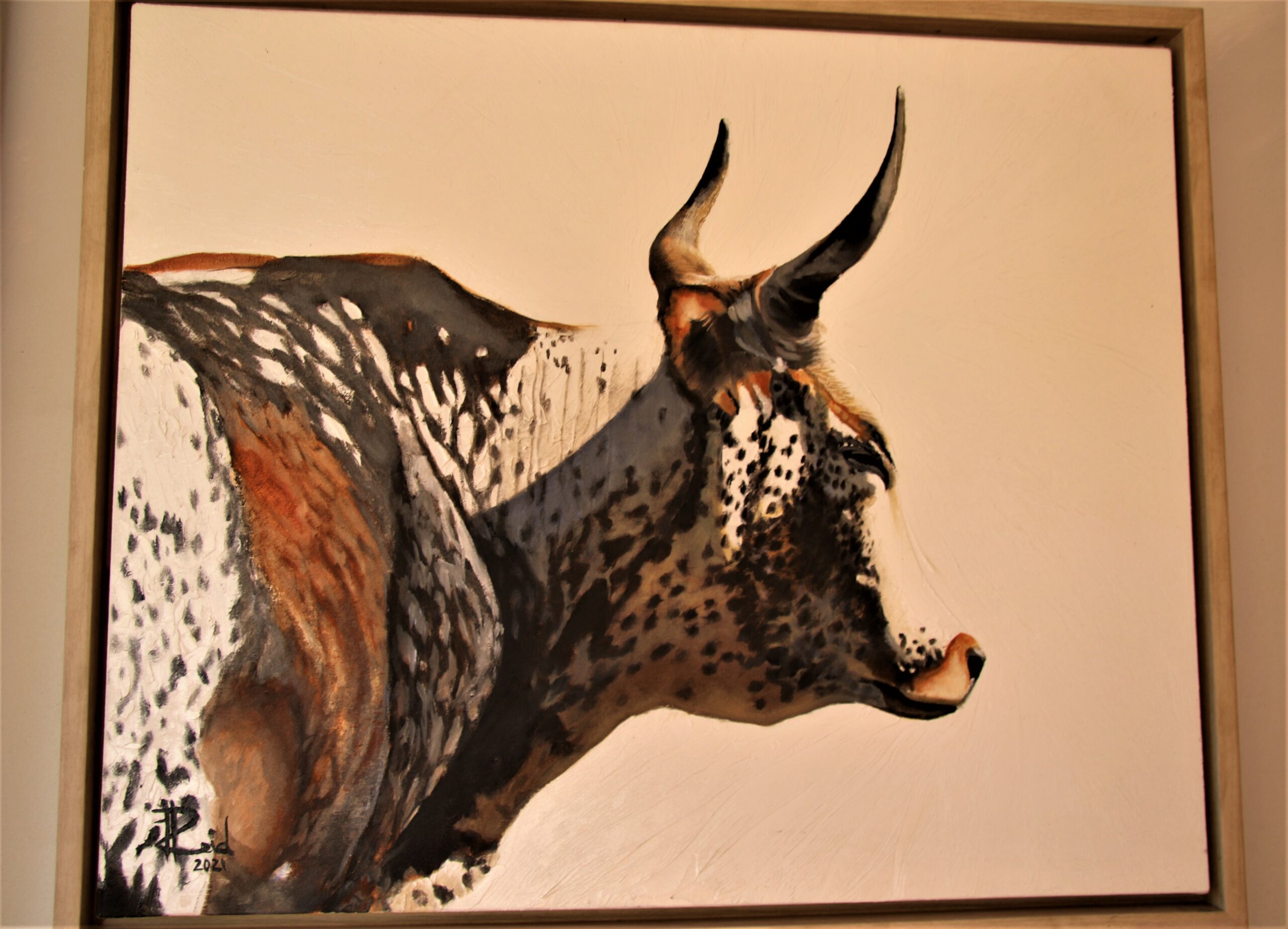 She also sees herself doing some painting at The Framery and perhaps even hosting art classes there. Her overall objective is to bring a new sense of freedom, playfulness and joy to her work.

“I’m still learning myself and I want to branch into some different genres of painting in the future. I’ve got big ideas about the stuff that I want to do, brand new stuff. I know I am trying to reinvent the wheel here but I literally want to paint stuff that’s completely unique to me.”

Given the peacefulness and beauty of the courtyard into which the Framery opens, there’s a good chance that it will give this talented artist the perfect place to do just that.

“I can just see this has been the best move. I needed to get back into the public domain, so that people could come to a beautiful place like this. Although I haven’t done any painting in my new spot yet. I’m getting established. I just feel so proud of this space,” she smiles. 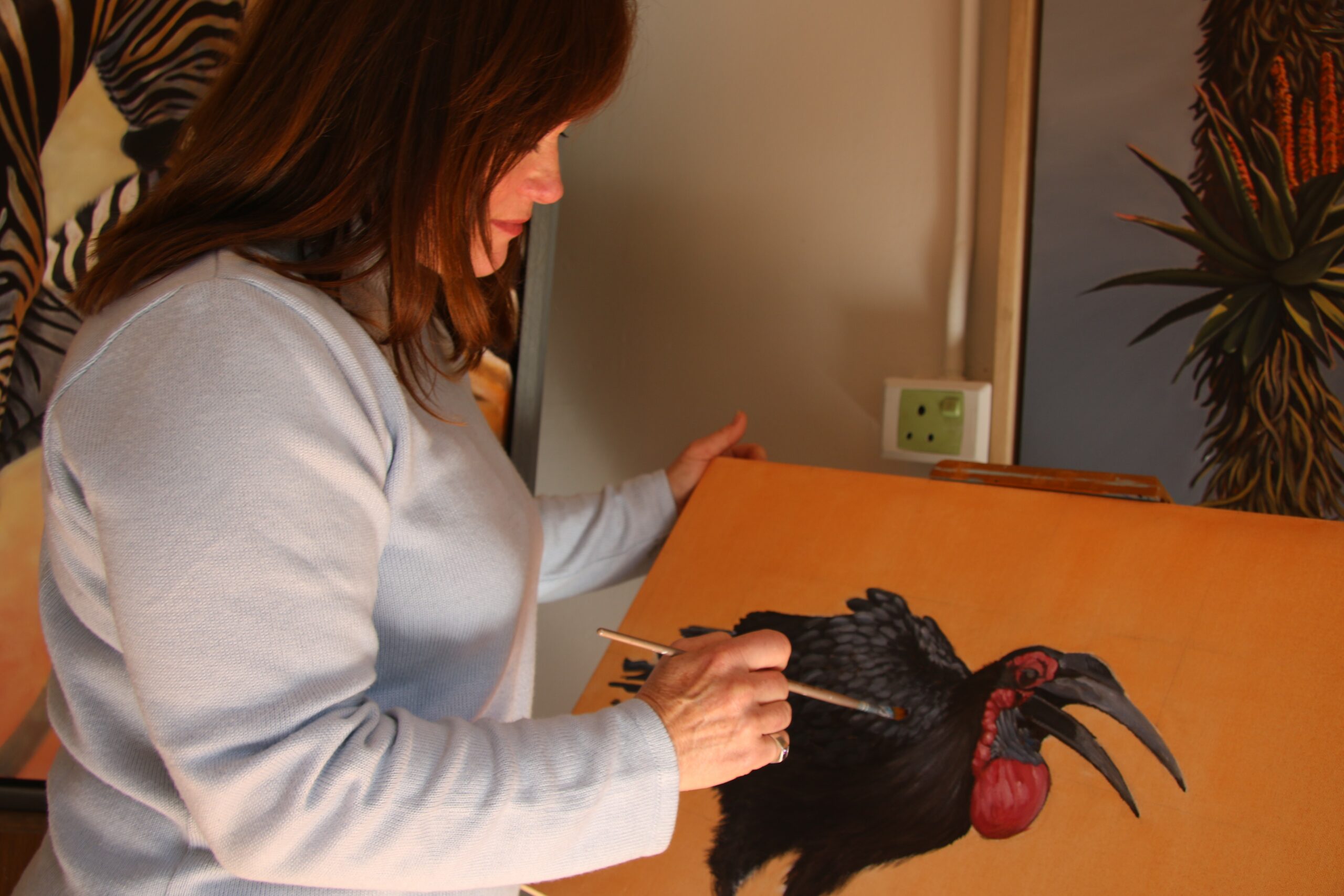