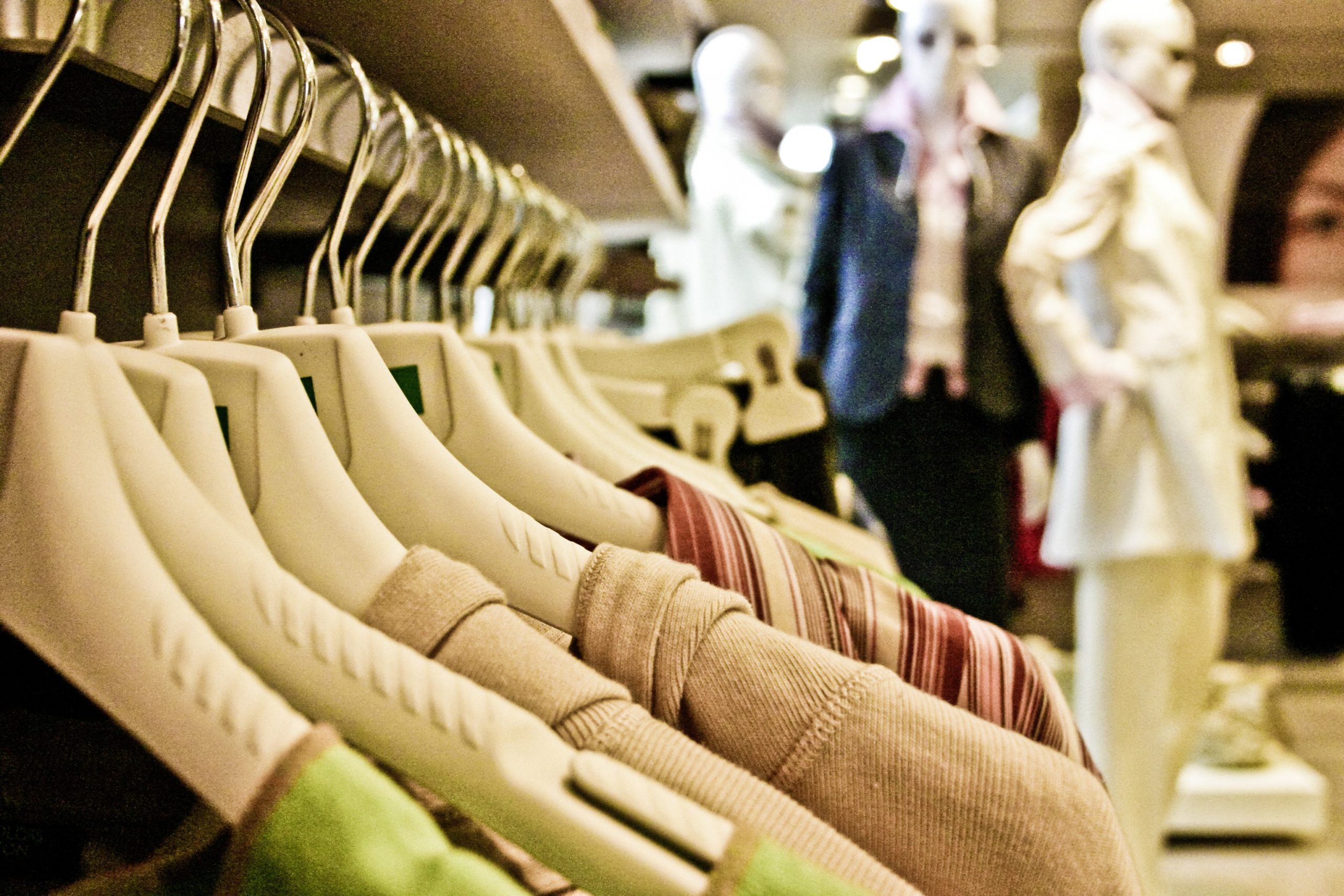 When it comes to sustainability, fashion has an extremely bad rep.

It’s hard to believe that a large number of garments are worn just once before being discarded. According to the Geneva Environment Footprint, the equivalent of one garbage truck full of clothes is burned or dumped in a landfill every second.

Approximately 60% of all materials used by the fashion industry are made from plastic and 500 000 tons of microfibers are released into the ocean each year from washing clothes — the equivalent of 50 billion plastic bottles!

Apparently, the fashion industry is responsible for 8 to 10% of humanity’s carbon emissions – more than all international flights and maritime shipping combined and at least 93 billion cubic metres of water – enough to meet the needs of five million people – is used by the fashion industry annually, contributing significantly to water scarcity in some regions.

Around 20% of industrial wastewater pollution worldwide originates from the fashion industry.

While those stats are international, there’s no reason to believe that South Africa’s fashion industry is any less guilty. Water treatment specialists have been witness to massive amounts of dyes and chemicals being offloaded into our country’s already stressed water system.

Given that almost every one of us is a fashion follower or, at the very least, a consumer of clothing, we both consciously and unwittingly play a large role in the fashion industry’s foibles. 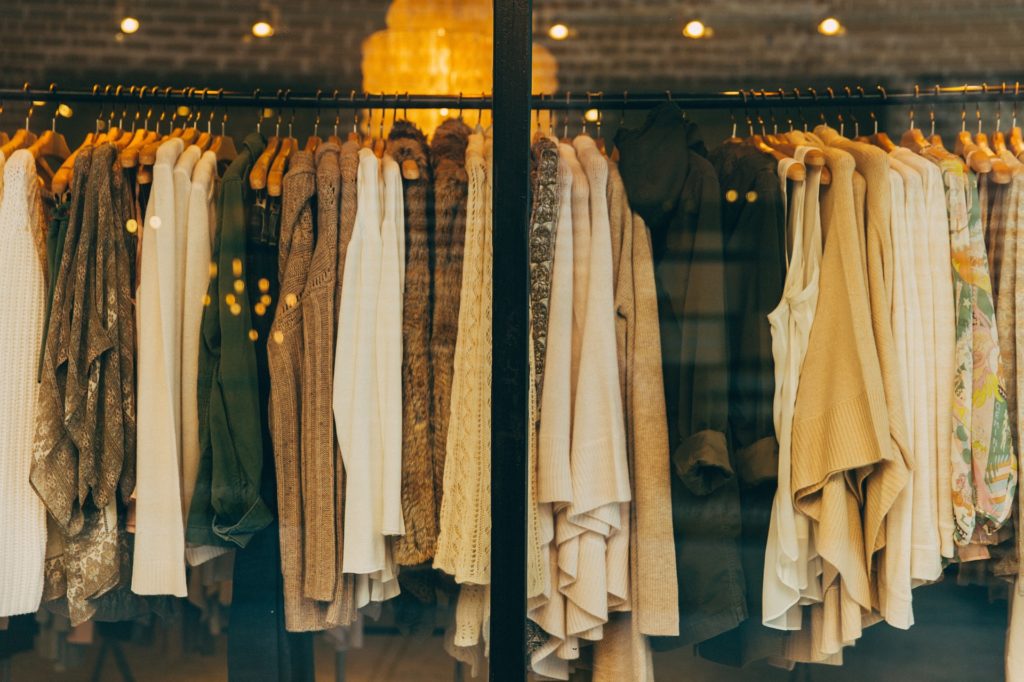 Jackie May, the founder and director of Twyg, a non-profit that is dedicated to inspiring and supporting a modern, eco-conscious and forward thinking lifestyle has set out to both recognise and support courageous industry players who are trying to overturn the irresponsible practices of fashion.

In 2019, Twyg created the The Twyg Sustainable Fashion Awards. Support for the awards as grown to the point where major brands are putting their names behind them. This year, Country Road is the headline sponsor while BMWi, adidas, Levi’s and Reebok are category sponsors. PETCO, the PET plastic recycling company and SA Fashion Week are also lending their support.

Although its early days (the call for nomination for this year’s awards is out and closes on October 11), Jackie says that more nomination forms than ever have gone out. During the very short history of the awards, the quality of nominees has also improved considerably as have the number of categories.

She says that the awards were created to amplify the messaging around sustainability and to create a platform to recognise and celebrate designers and, ultimately, all players in the sector who are embracing sustainability. The over-arching goal is to try to create an eco-system of sustainable fashion and to make it easier for new entrants to adopt this as best practice from the get go.

It is really about including the whole value chain and working alongside government’s Clothing and Textile Masterplan which is trying to increase job creation in the textile and clothing industries. We want to work alongside that to ensure that growth happens at the same time as environmental concerns are taken into account.”

Although there are very few large textile mills left in the country, there are amazing people making felts and weaving interesting fabrics. A recycling operation is producing polyester.

The flip side is that many of the remaining big players are yet to recognize what Twyg is doing or be included on their database. One of the largest is Da Gama Textiles in the Eastern Cape.

“We are hoping to hear from them,” she says.

She says that any designer will tell you that’s its extremely hard to source organic cotton or other sustainable fibres or textiles in South Africa. It’s even more difficult if they are looking for materials that are 100% South African.

But, she stresses, it is also important to recognize segments of the sector that have done well – mohair and wool for example. However, too little leaves the country without being beneficiated on home soil.

Even the awards themselves are yet to recognize those who have scored when it comes to recycling or waste management or companies that produce the likes of finishes, zips and buttons sustainably.

On the positive side, what Jackie is seeing is a change in consumer perceptions and a demand for sustainable fashion, especially from younger consumers.

“There’s a big shift when you look at the rental market and the second hand clothing market, especially when it came to selling second hand clothing on Instagram during Covid. Yaga is an incredible platform for marketing ‘pre-loved’ clothing that that was launched at the beginning of 2020. That’s partly to do with the fact that users are really concerned about the environment and the stigma of wearing second hand clothes is disappearing. Now its fun and a lovely community has grown around that,” she says.

The buy local movement is also growing. This has been fueled by international recognition for local designers such as Richard Mnisi, Kevin Mavungo, Sindiso Khumalo and Lukhanya Mdingi.

“I’m hoping that people will rather spend their money with them than the big international heritage brands. A lot of the designers I have mentioned are proud to make their clothes locally. Every item of clothing is made by several pairs of hands and every pair of hands is feeding a big family. We really want to make sure that people understand that.”

Jackie is less convinced that new designers and especially the graduates who are absorbed by major retailers are as tuned in to sustainability.

“It’s a bit of a yes and a bit of a no. They go to school to learn about basics such as crafting and pattern cutting. With the schools that I have engaged, there has definitely been a conversation around sustainability. I’m not too sure what happens when they leave. It’s hard for people to find work. All I can say is that I am seeing more and more young designers crossing my path that are doing sustainability and doing it beautifully which is really encouraging.”

Retailers are shifting, too, she says. Woolworths and Foschini, for example, are recognizing the value of sustainable fashion.

THE FUTURE OF FASHION

But what areas within the fashion industry still need attention?

Two come to mind for Jackie almost immediately. One is the large amount of waste that continues to be dumped by clothing and textile companies and the second is how to re-create a thriving textile sector that is a preferred supplier to downstream producers whilst also being known for its sustainability.

This will ultimately be driven by designers, she believes.

I think that the designers are incredibly important. They are creating an industry and the more designers we have demanding those (sustainable) services, the more those parts of the picture will also have to come on board.” 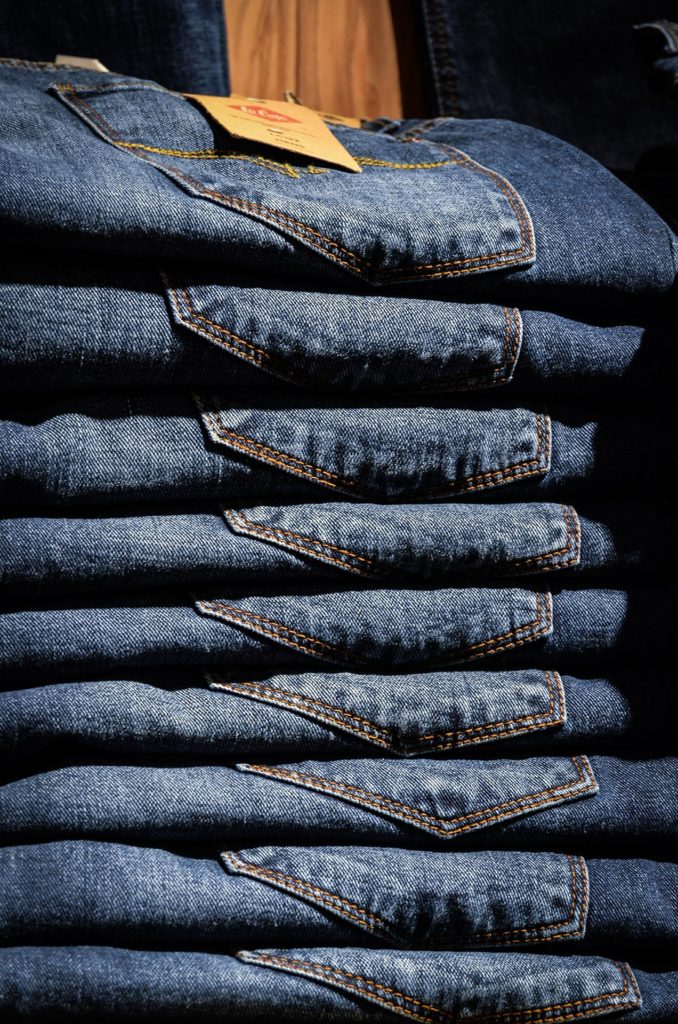 But she’s a realist and knows that this can’t be easy, especially in a country where poverty rules.

“We are such a price sensitive country. Unless we can make clothes that are as cheap as imports, we are not going to win. It is really tricky. Those cheap imports are the ones that are most dangerous for the environment, so we shouldn’t be encouraging buying of cheap disposable clothes. We should be encouraging buying of better quality clothing which is more expensive,” she says.

That means changing consumer behavior and helping even the most cash strapped clothing shopper to recognise the need for quality items that will last longer – and being prepared to pay for that.

“We need to implement a multi-pronged approach. The younger consumer might understand– but we are a complicated country. There is not one demographic. Our message is that people who can afford to and have the choice must definitely buy local and buy sustainable. Once we convert one sector, we can start effecting change in other parts of the market,” she says.