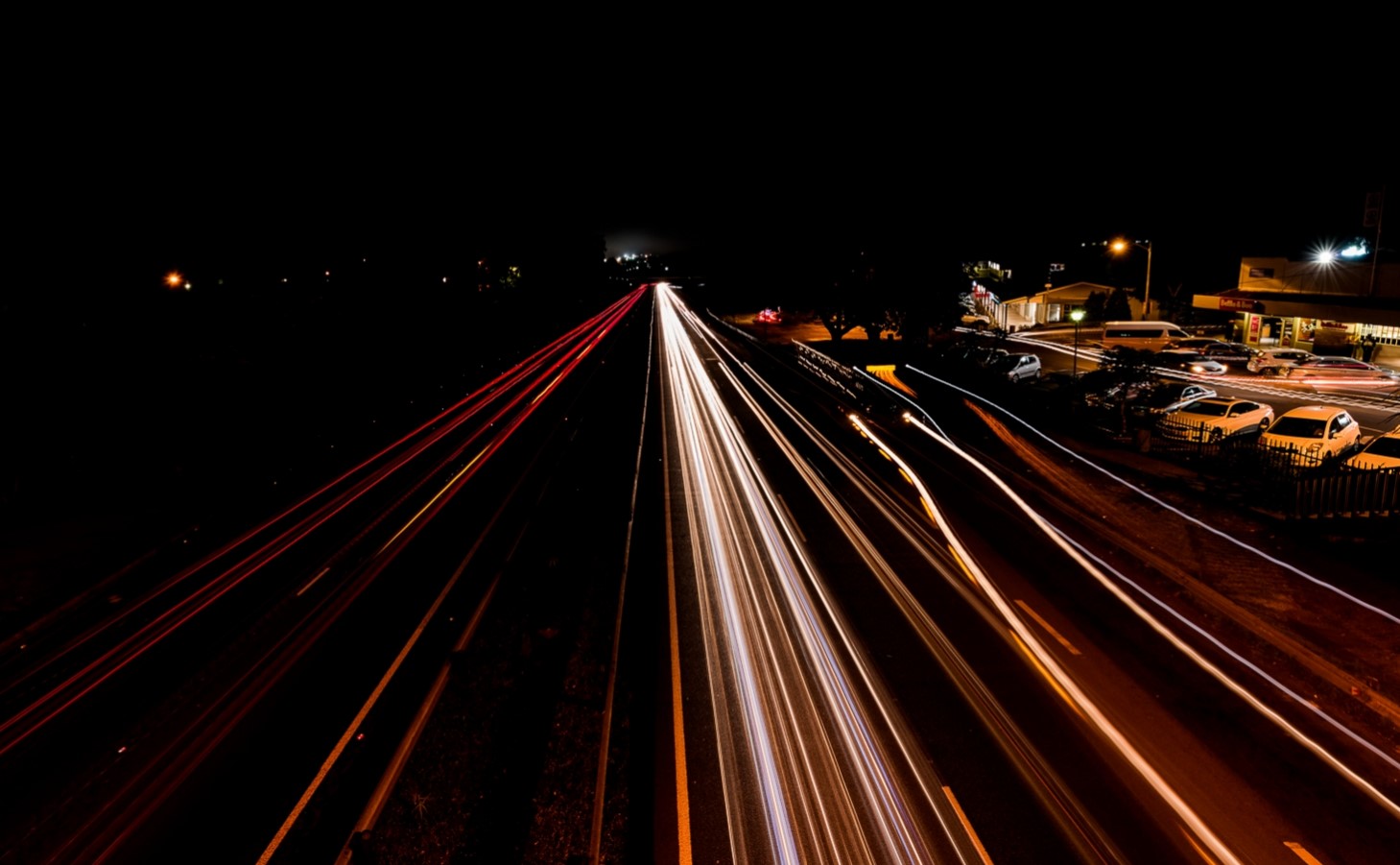 ROAD WORKS AHEAD FOR DURBAN

Durban is set for major traffic upheavals this year on both major routes – the N2 and N3 – when SANRAL embarks on upgrading the city’s largest and most important interchange – EB Cloete, otherwise known as Spaghetti Junction.

According to the most recent update from the South African National Roads Agency (SANRAL), the R2 billion upgrade is due to start in June 2021 – almost a year after it was first mooted during a province wide roadshow to unravel R30-billion worth of planned upgrades to the N2 and N3 leading into and out of the busy port city.

This long overdue overhaul includes an iconic arch that will resonate with the arch of the Moses Mabhida Stadium and become a landmark for vehicles entering Durban. Because space for expansion is limited, the proposed arch will support the N3 carriage way as well as the fly-over directional ramps.

In October last year, Minister of Transport, Fikile Mbalula, told Parliament that the plans had not stalled but would instead form a critical part of the mega infrastructure projects that President Cyril Ramaphosa had mooted as the way to wrestle the national economy out of its Covid-19 death spiral.

“In light of the considerable delays over an extensive period which flowed from the construction of the N2/M41 Umhlanga interchange a few years ago, those concerns are valid.  In this case, the delays may not be as extensive because the existing infrastructure is already in place whereas the M41/N2 exchange was effectively a new project.” Master Mariner and head of Transport at Norton Rose Fulbright, Malcolm Hartwell

From the get-go, the idea was to carve up the various projects into smaller tenders that could be advertised and actioned either concurrently or over longer periods, depending on the need in a specific area for better road infrastructure.

According to SANRAL’s latest reminder, the upgrades of the N2 and N3 in KwaZulu-Natal form part of national government’s key Strategic Integrated Projects, SIP2: Durban-Free State-Gauteng Logistics and Industrial Corridor.

The N2 upgrade will cover the upgrade of a 55km length of the N2 from Lovu River on the South Coast to Umdloti, on the North Coast. The N3 upgrade will focus on an 80km section between Durban and Pietermaritzburg.

From the outset, SANRAL has said that, due to the length and estimated cost of these upgrades, the sections would be split into several detailed design and construction packages.

“The packages were issued on tender and advertised but, due to Covid-19 lockdown restrictions, had to be delayed. The EB Cloete interchange has been placed on re-tender and is envisaged to start in June 2021;” explained Dumisani Nkabinde, Regional Manager for SANRAL’s Eastern Region.

However, tenders for four smaller projects that will kick start the mammoth project have been awarded.

The KwaMashu to Umdloti interchange package on the N2 is estimated to begin in May 2021.

“We are very excited at the prospect of starting these construction packages as they will also bring investment in road infrastructure upgrades, especially in rural and underdeveloped communities, provide an opportunity for generating economic growth and alleviating poverty. This is exactly what President Ramaphosa was referring to when he spoke about infrastructure development as the flywheel that will unlock economic revival in a post COVID-19 South Africa;” Nkabinde explained just before the Christmas break.

Furthermore, special maintenance on the N3 in the Townhill section within the Pietermaritzburg area is also set to begin. The mobilization period is under way and the repairs to the Peter Brown Bridge are expected to commence near the beginning of next year. The bridge is currently supported by a prop as a contingent support should something happen to weaken the structure further.

Overall, the two projects are expected to take over 10 years to complete and create over 15 000 jobs for the duration of the construction, potentially throwing the struggling construction industry in the province and much needed lifeline.

Even a year ago, SANRAL was adamant that each of the individual tenders that make up the overall upgrades would be structured to create opportunities for smaller businesses and local communities along the route. Thus, the mandatory sub-contracting of 30 percent of all work could provide as much as R4 to R5 billion in earnings for smaller local businesses.

An artist’s impression for the proposed new EB Cloete Interchange provided by SANRAL.

In addition to redesigning and reconfiguring now dated interchanges such as EB Cloete, the upgrades also include the widening and the addition of more lanes to carry the substantial volumes of traffic travelling between Durban and Gauteng.

According to SANRAL, the entire project will ultimately ease congestion and improve safety, especially along the N3 which is already operating at close to full capacity.

For example, the notoriously high accident zone at Key Ridge will see relief when approximately 11 kilometres of the N3 is widened into a 10-lane dual carriage way.

SANRAL has warned that if upgrades did not go ahead, time delays and accidents would cost South African businesses about R1billion per annum. Already, an hour long road closure costs the economy around R300-million. Given that these figures are based on a study conducted seven years ago, estimates are now probably higher.

Already, the N3 carries more than 75 million tons of freight each year with approximately 45 vehicles, including 9 000 heavy vehicles, using the road per day. Along some sections of the road, as much as 25 percent of the total vehicle count is trucks.

The upgraded corridor was designed to handle the additional 600 000 containers that are expected to come through Durban’s port during the next five to 10 years. This will require an additional 300 000 road trips. Although port traffic has dropped during the Covid lockdown and is expected take some time to recover, the need for this infrastructural upgrade remains.

The EB Cloete upgrade is expected to ease congestion by converting the junction into a free flow interchange.

But SANRAL has made no bones about the fact that this project will be a lengthy one and has promised to negotiate with provincial authorities to identify and upgrade alternative routes in an attempt to ease the impact of the inevitable congestion that will result.

Business representatives have spoken out in support of the project, accepting that the massive delays due to road works will be a necessary evil in a city which relies on freight and logistics as a major segment of its economy.

Master Mariner and head of Transport at Norton Rose Fulbright, Malcolm Hartwell, noted that, given existing delays and port congestion, there was no doubt that if Durban planned to retain its place as the premier container transit port for Southern Africa, access to the port has to be improved – and the sooner, the better.

But he conceded that both commuters and freight companies would be concerned about the possible delays caused by the planned upgrades, especially when it came to the Spaghetti Junction interchange.

“In light of the considerable delays over an extensive period which flowed from the construction of the N2/M41 Umhlanga interchange a few years ago, those concerns are valid.  In this case, the delays may not be as extensive because the existing infrastructure is already in place whereas the M41/N2 exchange was effectively a new project,” he said.

He advised that freight companies, in particular, would have to plan for the resultant probable delays on the basis that, in the long term, the improvements would result in improved access to the port.

“The massive growth in containerisation in line with capacity problems at the port have exacerbated the problem but, in the absence of alternatives, the various state, regional and local authorities have no choice but to proceed with the upgrade.  Road hauliers, freight companies, importers and exporters are already bearing the considerable costs of delays which have resulted in additional storage costs, additional standing time and far less efficient use of their trucks and depots.  There are unfortunately however no alternative routes into the Durban container terminals,” he said.