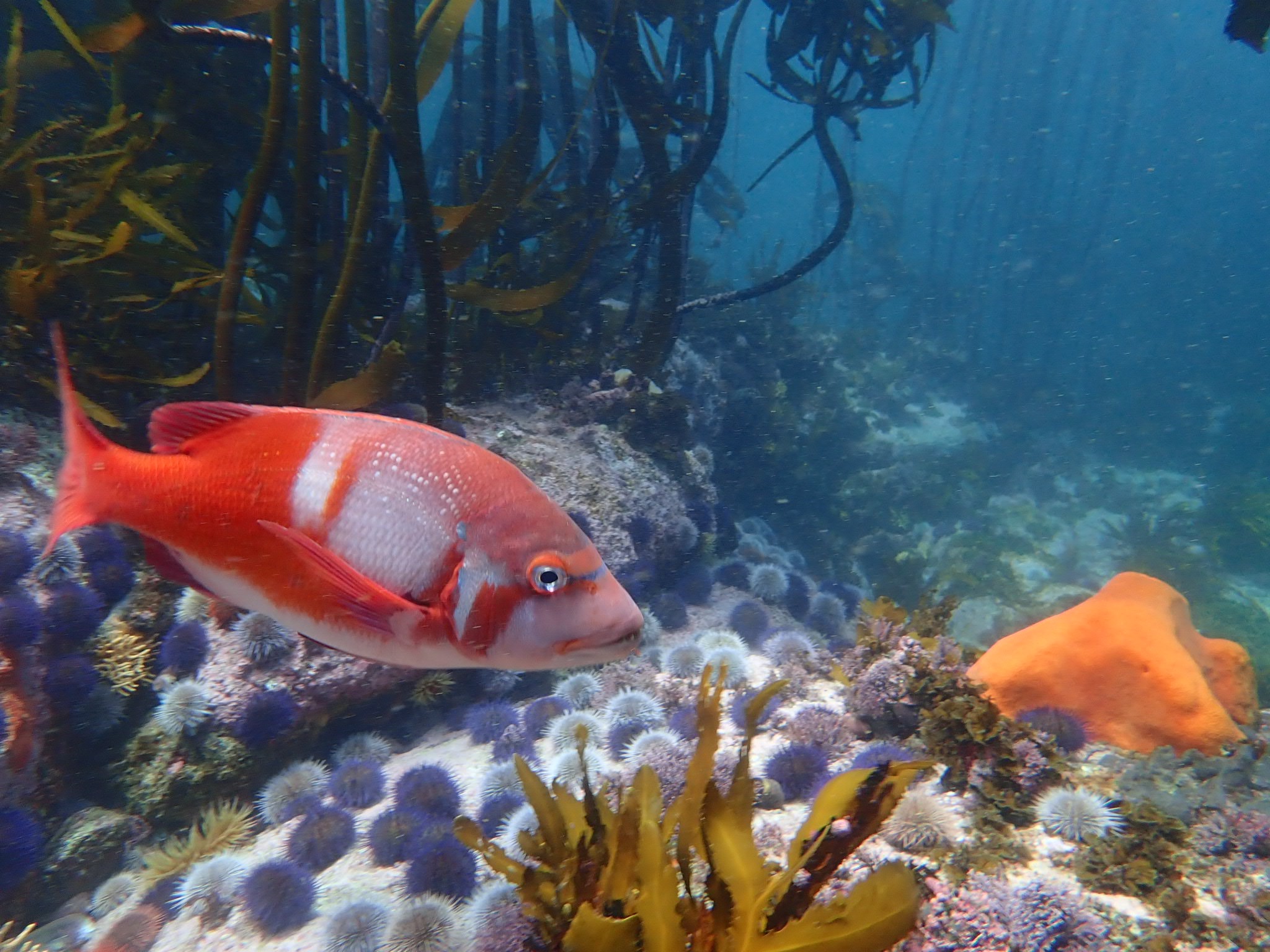 A red roman on the reef in the Table Mountain National Park MPA. (IMAGE: ALISON KOCK)

South Africa is recognised globally as a marine biodiversity hotspot with close to 13 000 marine species. Almost a third of all these species recorded are endemic to South Africa, ranking it the third highest in terms of marine species endemism in the world. Considering the wealth of ocean life found in these waters, effective management and protection of the MPAs is critical.

That’s according to the recent Management Effectiveness Tracking Tool (METT) report, produced by WWF South Africa, which highlights that meeting the challenges faces by this country’s 41 Marine Protected Areas (MPAs) is critical to maintaining our oceans’ health.

MPAs are valuable ocean spaces that – much like game reserves – which protect the region’s biodiversity and support surrounding communities with improved environmental health and livelihoods.

However, without the proper public awareness, care and management of MPAs, the goal of protecting vulnerable species, habitats and ecosystems, and benefiting communities simply cannot be achieved.

For some South Africans the ocean is a mysterious and feared environment, for others it is a playground, a place for holidays and recreation. Most people know surprisingly little about marine life, and our dependence on a healthy ocean. MPAs are wonderful outdoor classrooms, natural places where young and old can connect to nature, rekindle the spirit and learn about our relationship to the ocean, amazing marine biodiversity and the role of the oceans in human health. Touching, feeling smelling and tasting – MPAs provide learners and educators with the best of ‘hands on’ experiential learning. For older students MPAs are living laboratories where they can undertake field work and gain valuable practical experience. Research has shown that spending time in nature is good for the body and the spirit, and that young people exposed to nature are more likely to grown into adults who care for the environment. Learning in our MPAs helps to build a new ocean literate generation, inspired to care for nature.” Dr J Mann – SAAMBR, in the METT Report

For the first time this year, the METT report has adopted a ‘traffic light’ system for MPA managers to evaluate governance through a standardised questionnaire. The various focus areas are allocated a colour-coded score – green for those that are well-managed, orange for those that need some attention and red for those of grave concern.

This latest report indicates that South Africa’s 27 coastal and island MPAs are facing five major challenges These include:

The METT report states: “According to the results, 56% of South Africa’s MPAs do not have an education, awareness and interpretation programme that is fully integrated into the MPA management plan. A partnership between government and NPOs is required to shift public perception regarding the value of MPAs, to promote them as the foundation for the long-term health of our marine ecosystems and the ecosystem services providing socio-economic benefits that many communities rely on.”

André Riley, Acting Regional General Manager: Frontier & Head: Planning & Environmental Coordination Parks Division for South African National Parks (SANParks), agreed that one of the most pressing issues facing MPAs is a lack of public awareness: “Because people can’t see it, they can’t always relate to it which is why more attention needs to be brought to MPAs.”

SANParks, which oversees six MPAs in the country – three of which were declared in the past two years – also faces challenges in terms of poaching and overfishing in regions adjacent to the MPAs. Abalone, a mollusc found in the Western Cape, is facing extinction because of syndicated poaching. Likewise, the African penguin, which competes for food sources with commercial fishing activities, has seen a dramatic population decline over the past few years.

Past research in South Africa and elsewhere has shown that large, well enforced, no-take MPAs that include good reef habitat, allow resident reef fish to increase in abundance and size over time. They also protect healthier, fitter and more fecund fish and facilitate spillover into adjacent fished areas. This is extremely important, especially in the face of climate change, as it allows reef fish populations to have greater resilience and the ability to adapt. In the context of recreational fishing this is really important and it is time for all recreational anglers to embrace South Africa’s MPAs and to assist the management authorities in making them work for the benefit of all.” Dr B Mann – SAAMBR, in the METT Report

“The METT report provides a useful external overview of management effectiveness, which we use to implement corrective actions for continuous improvement,” continued Riley. “It’s important that these reports serve a purpose.”

This is the aim of WWF’s Robin Adams, Manager for the South African Marine Protected Areas Network (SAMPAN), who said the METT report can be used as a tool to identify and prioritise actions in a phased approach. Commenting on the plans going forward, he explained that government has introduced an internal METT system that allows protected areas to input their own data on an internal database managed by the Department of Forestry, Fisheries and the Environment.

“The METT data is now centralised and can be accessed by approved users to monitor trends over time. I feel this system supports protected areas. Our MPA management agencies need to share experiences and collaborate to improve MPA management effectiveness in South Africa,” said Adams.

He added that one of the unanticipated challenges for MPAs was a lack of uniform boundary markers: “These boundary markers should be visible from land and sea. It would be a great project to highlight MPAs to design and install these land-based MPA boundary markers. Most of our MPAs also face the challenge of identifying cultural heritage sites and managing them.”

To highlight the challenges facing MPAs, Dr Judy Mann, Conservation Strategist at SAAMBR (South African Association for Marine Biological Research) explained that MPA Day – an annual celebration of these important areas of biodiversity – would be celebrated for the first time on Sunday, 1 August 2021.

This would provide an important way to address the challenges outlined in the METT report, especially the creation of greater public awareness of the role on MPAs in protecting valuable marine resources, and safeguarding the economic, cultural, educational and spiritual benefits of the ocean. 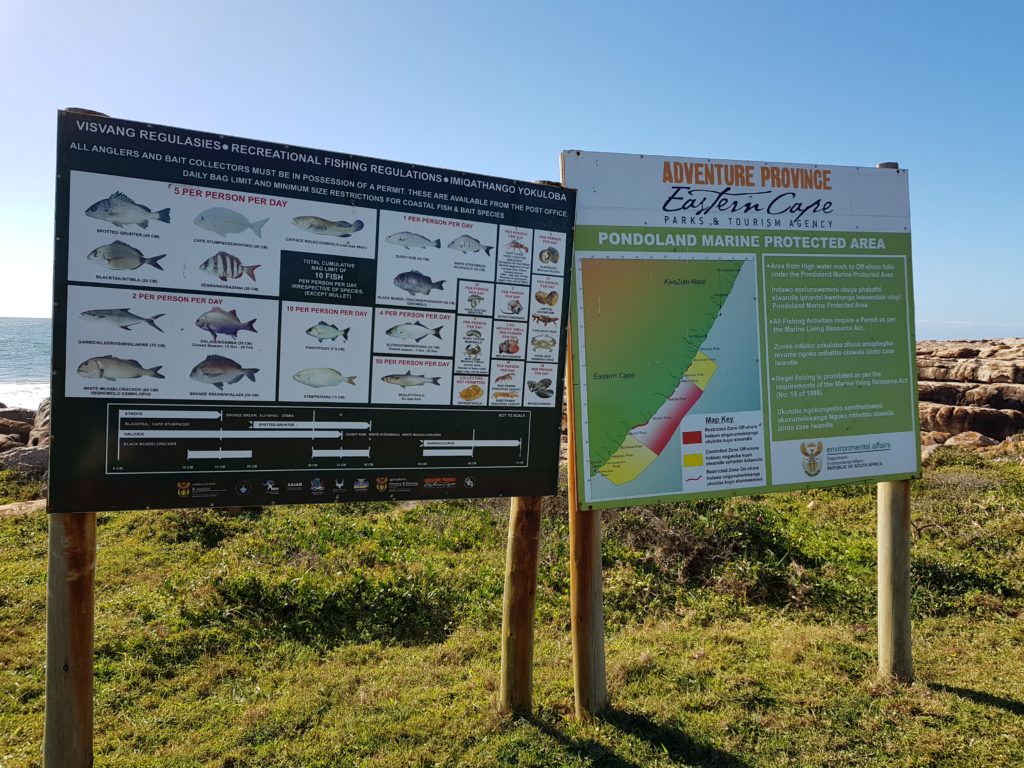 She said, in addition to this, MPA Day would also shine a spotlight on the tireless efforts of those entrusted with MPA protection: “We will use this opportunity to celebrate the amazing work done by our marine rangers, individuals who play a vital role in the management of MPAs. It is absolutely critical that they are supported and provided with the necessary resources to enable them to do their work properly.”

Dr Bruce Mann, a Senior Scientist at SAAMBR said the METT report, which evaluates MPA management effectiveness is crucial: “Without such analysis, these important areas stand the risk of simply becoming ‘paper parks’ – simply a map on paper but with no real conservation value. Although there will always be certain biases and weaknesses associated with using this evaluation tool, it does serve to highlight the main challenges that MPA managers are facing.”

He said that overcoming these challenges will greatly improve the current management of South Africa’s MPA network: “The idea to hold the first MPA Day in South Africa will contribute greatly to improving public awareness about the value of our MPAs and hopefully engender greater support for their existence and management.”