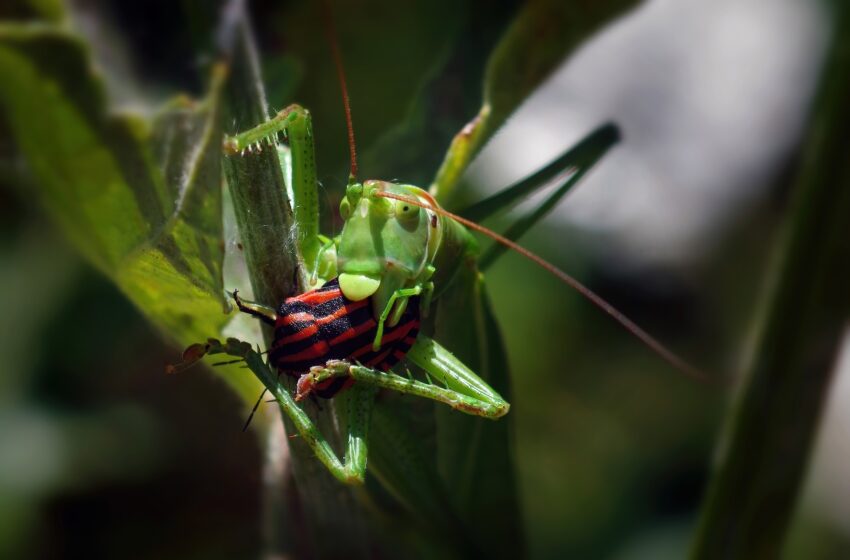 QUIET PLEASE! HUMAN NOISE IS INTERFERING WITH THE SEX LIVES OF GRASSHOPPERS

Grasshoppers aren’t necessarily humans best friends. But it seems that they have more to fear from us. Vanessa Couldridge, Senior Lecturer, University of the Western Cape explains why

Grasshoppers have a bad reputation. They’re not popular with gardeners – and locusts, a type of swarming grasshopper, can do huge damage to vegetation and crops when they’re in a feeding frenzy.

But more often than not, grasshoppers have more to fear from humans than the other way around. As we increasingly encroach on their habitats, we are making a lasting imprint on the insects. There is even a chance that we may be negatively affecting their behaviours, their reproduction and their very evolution.

This is a problem because of the central role insects play in food webs, as both predators and prey, and in the nutrient cycle. They consume nutrients in the soil and later provide nutrients when they die and decompose. There’s even growing global interest in grasshoppers as a source of protein for humans. The insects have been eaten for centuries in parts of Africa.

First published: January 5, 2023 by The Conversation which is funded by the National Research Foundation which covers eight universities, including the Cape Peninsula University of Technology, Rhodes University, Stellenbosch University and the Universities of Cape Town, Johannesburg, Kwa-Zulu Natal, Pretoria, and South Africa. It is hosted by the Universities of the Witwatersrand and Western Cape, the African Population and Health Research Centre and the Nigerian Academy of Science.

One way that humans impose on grasshoppers is through noise. It’s long been known that anthropogenic noise – the many sounds generated by humans and all our activities – change the way that birds, frogs and mammals communicate with each other. Noise can have widespread negative consequences for animals, such as interfering with their feeding, mating and parental care behaviour, increasing their predation risk and increasing their physiological stress.

Grasshoppers have not been spared. A small body of research has recorded how grasshoppers have had to, for instance, modulate their courtship signals to be heard above the human din

We wanted to see whether African grasshopper species have similar experiences. So we studied Bullacris unicolor, a species of bladder grasshopper. Bladder grasshoppers are an ancient group of grasshoppers found only in Africa, predominantly in South Africa’s coastal regions. They are also among the loudest insects in the world: their calls can reach intensities of 98 decibels at one metre, which is about as loud as a hand drill.

We found that as levels of traffic noise increased, grasshoppers reduced their calling effort, becoming less likely to call. At noisier locations they shifted their calling activity to later in the night, presumably to take advantage of relatively quieter conditions. They also altered the structure of the call itself under higher levels of noise.

This is a reminder that the organisms around us are not immune to humans’ ecological footprint. We, the noisy neighbours, are having long-lasting ecological and evolutionary consequences on the species with whom we share the planet – including those we don’t often think about, like grasshoppers.

The calls that insects make serve many purposes, from indicating aggression to scaring off predators. We focused on Bullacris unicolor’s mating calls since successful mating is key to any species’ ability to survive and thrive.

For instance, it’s been shown that female response rate to male courtship songs in the fruit fly (Drosophila montana) decreased in the presence of background noise. Another study found that female grasshoppers were more attracted by the courtship songs of male grasshoppers whose calls were more likely to stand out against the broadband white noise generated by the researchers. Broadband white noise consists of a broad range of sound frequencies (pitches), like static.

When it came to Bullacris unicolor, we wanted to look at how the male grasshoppers respond not only to anthropogenic noise, but also to changing environmental factors like temperature, wind and moisture, all of which could have an impact on their success at mating.

Bullacris unicolor is a bladder grasshopper, so called for its inflated abdomen, which allows for amplified sound production. We compared two groups of bladder grasshoppers. The first is found at the Cape Flats Nature Reserve on the University of the Western Cape campus, next to a major road and a railway line. The second is at the nearby but quieter Tygerberg Nature Reserve.

Despite the reserves’ proximity to each other – they’re about 15km apart – climate at the two sites differs. We then recorded noises at the two reserves for three consecutive weeks, recording not only the grasshoppers’ calls, but also the levels of anthropogenic noise. We also regularly took humidity, temperature and wind speed readings.

We found that, across the two sites, B. unicolor males adapted their calling behaviours over noisier times. Rather than over-exerting themselves in noisier periods, they increased their call intervals (the periods between successive calls) and 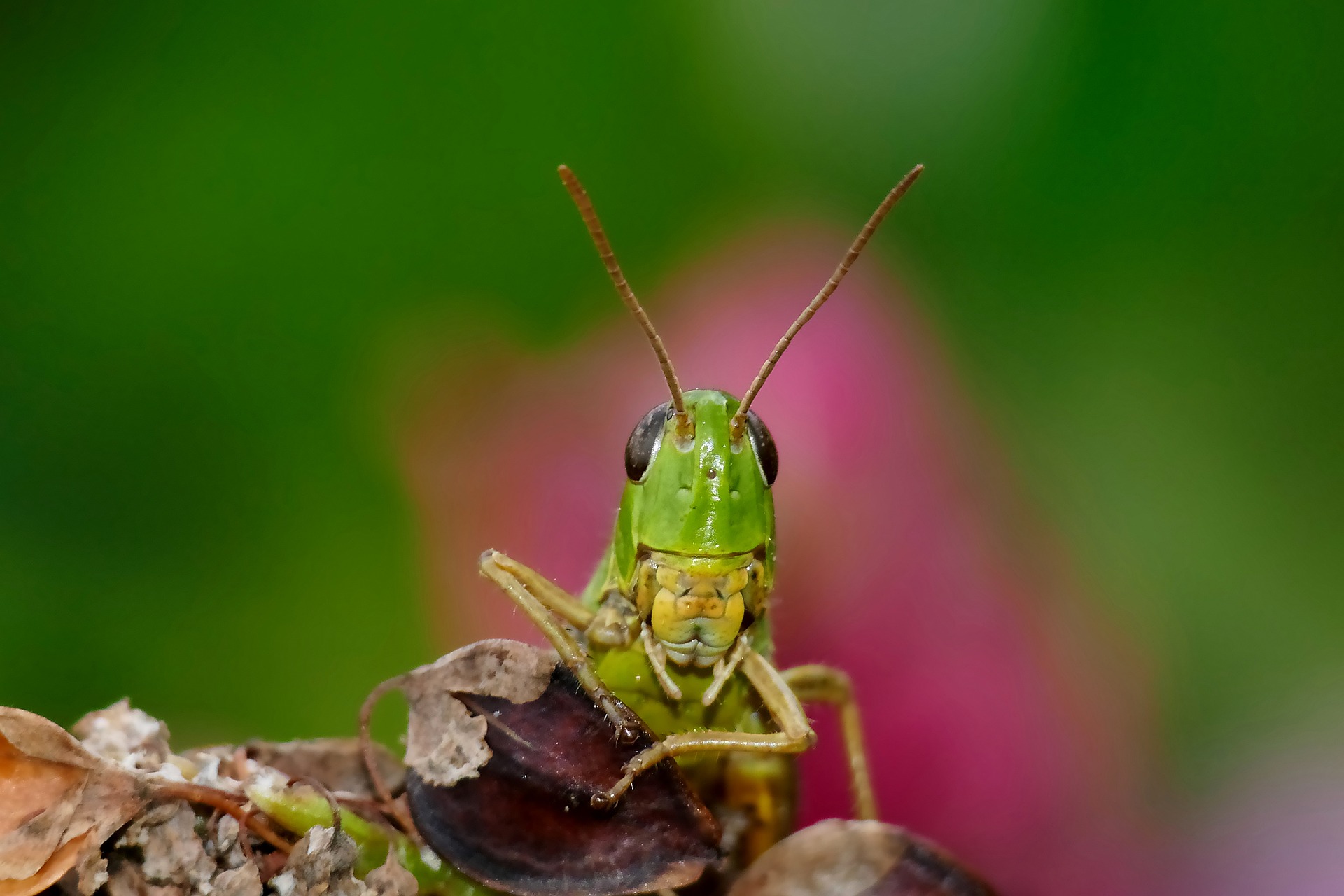 decreased call rate (the number of times they call). They also lowered the pitch of their calls. Thus, while there was a clear difference in noise levels between the two sites, overall the grasshoppers responded in similar ways to noise.

But our findings differed in some regards from those of other studies, which had previously shown that invertebrates produce higher-frequency calls in noisier habitats. Instead we found that grasshoppers at the noisier on-campus site lowered the frequency of their calls more than males at the other, quieter site.

In addition, there was a marked difference in the times of night at which the two communities were most active. At the site with less noise, we observed much higher calling activity earlier in the night, with calls dropping off sharply after midnight. In contrast, males at the noisier site were less active earlier at night, and called at higher levels from midnight onwards. This would seem to indicate that males at the noisy site were shifting their activity period to later in the night, to take advantage of relatively quieter conditions. 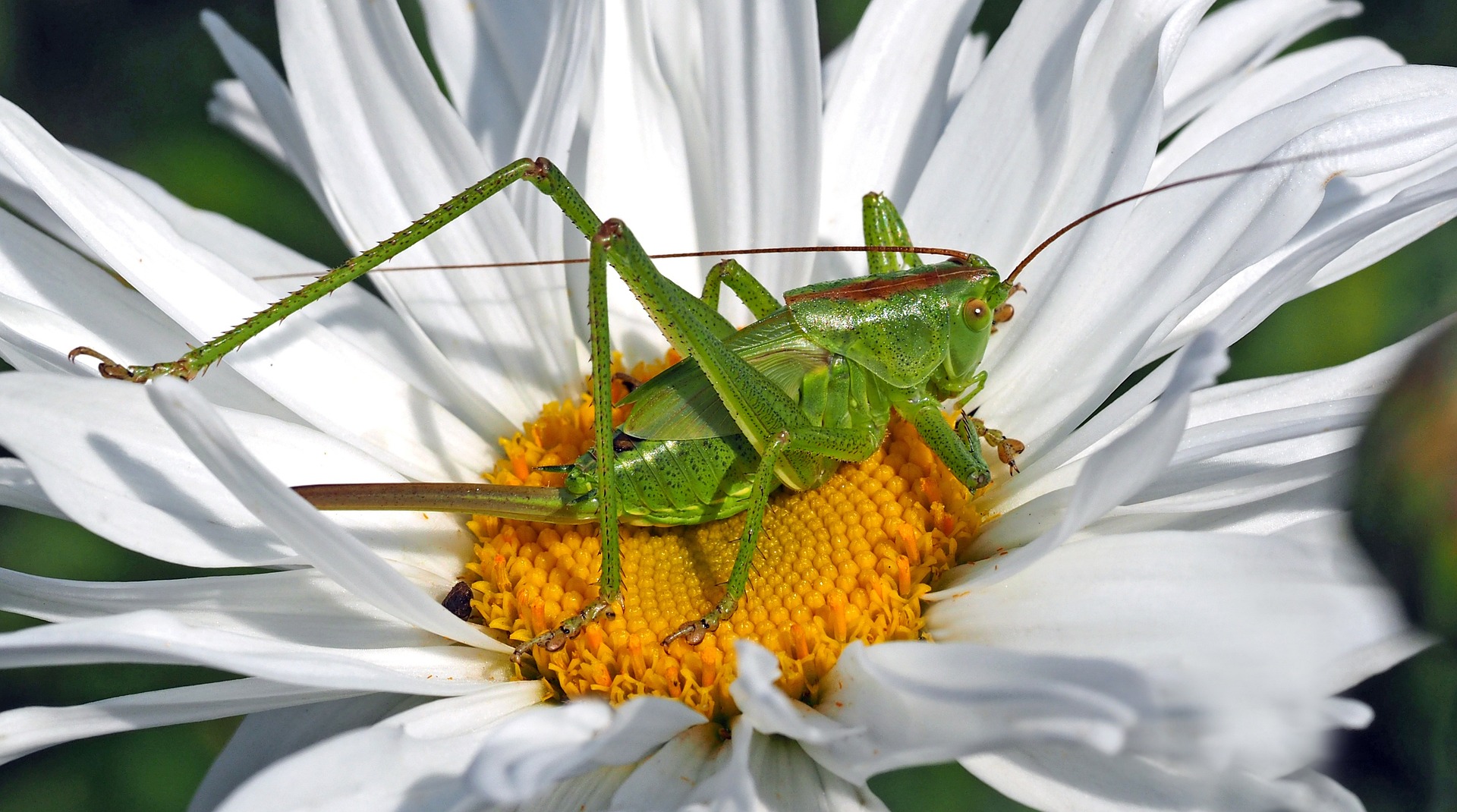 These and other findings need further unpacking. As this species is highly dependent on acoustic communication for mate location, the reduced calling effort demonstrated by males at both study sites might have a negative impact on mating success. We need to understand how females respond to these changes in the calling behaviour of the males and how population numbers are affected. We plan to study this in the future.