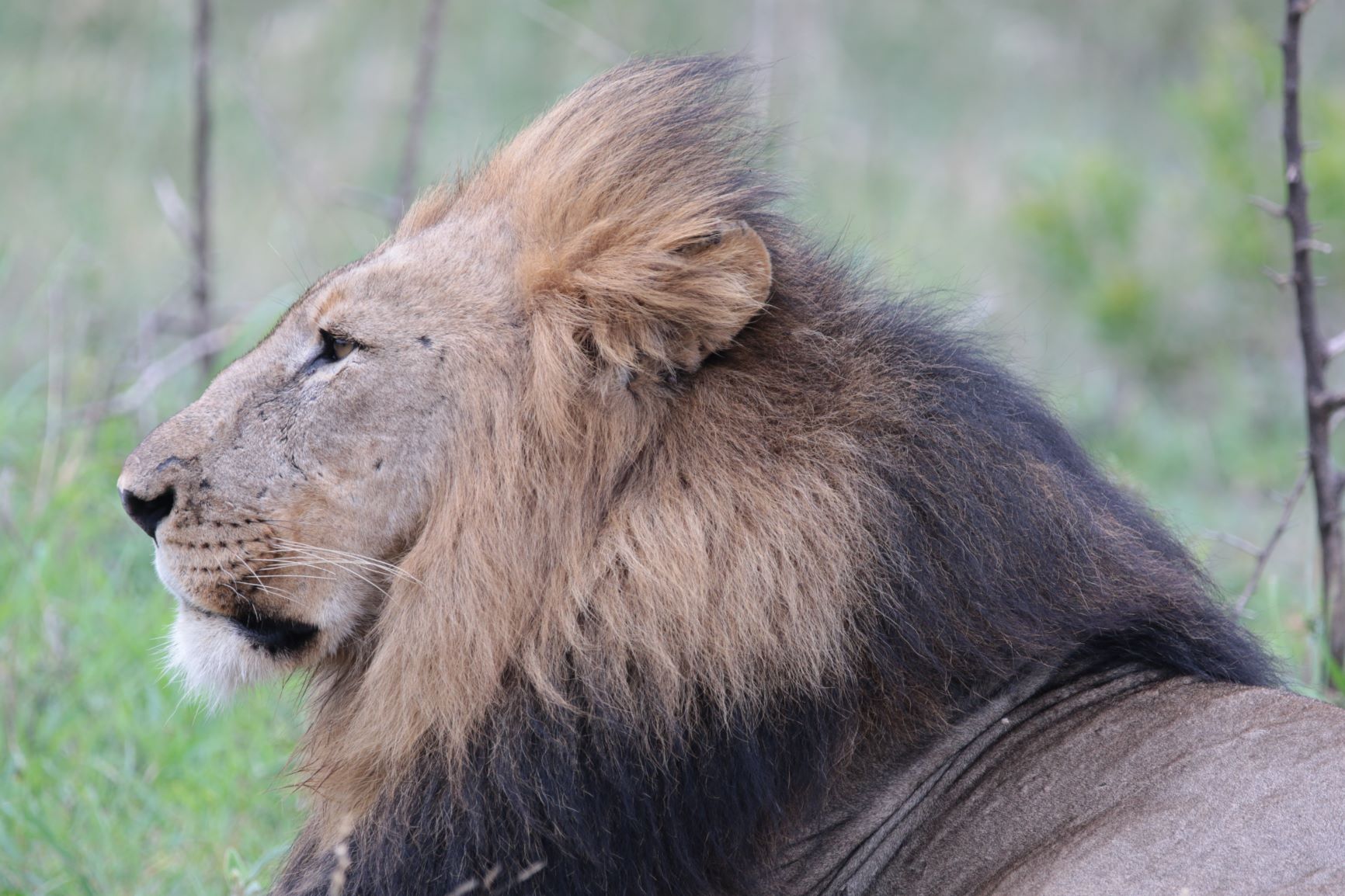 Whilst most international tourists are cooped up due to the second wave of Covid, many of South Africa’s private game reserves are offering some great deals for local guests to enjoy experiences that are usually out of reach due to both availability and price. Our recent visit to Phinda Private Game Reserve was a case in point and allowed me to not only break a cardinal rule – avoid Zululand during the sweltering summer – but welcome 2021 in one of the most beautiful settings imaginable!

Throughout, we enjoyed mild weather, great sightings and warm hospitality. 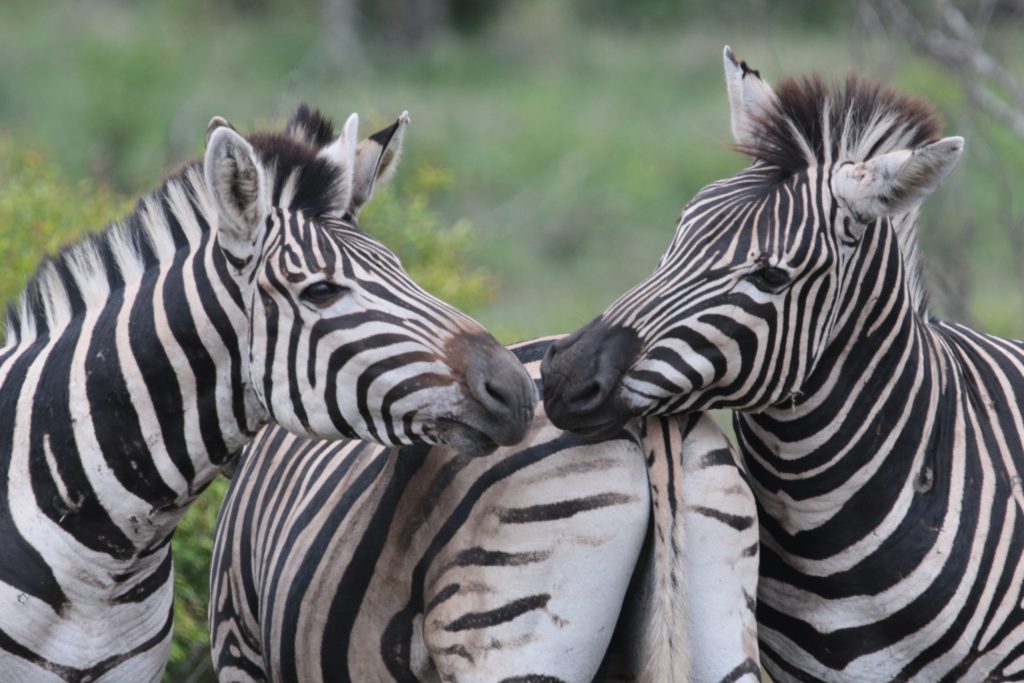 The most obvious question that is asked with any visit to a game reserve is “did you manage to spot the big five’. The short answer is yes.

The longer answer is that, for the most part, the game drives were great. This comes from someone who has enjoyed both self-drive and guided drives around some of South Africa’s most beautiful parks, including Phinda in its early days.

At Phinda, two drives per day (one in the early morning and one in the late afternoon) are built into your overall stay. Our guide, Kim, was knowledgeable and helpful although come guests on our vehicle felt she was perhaps a little to pre-occupied with tracking down extremely elusive leopards to the point where we probably could have better used our precious time enjoying other sightings.

That said, it was mainly due to Kim’s persistence that we eventually sighted a lovely young female leopard after the sun had gone down and also enjoyed a fleeting sighting of this magical spotted cat the next morning. 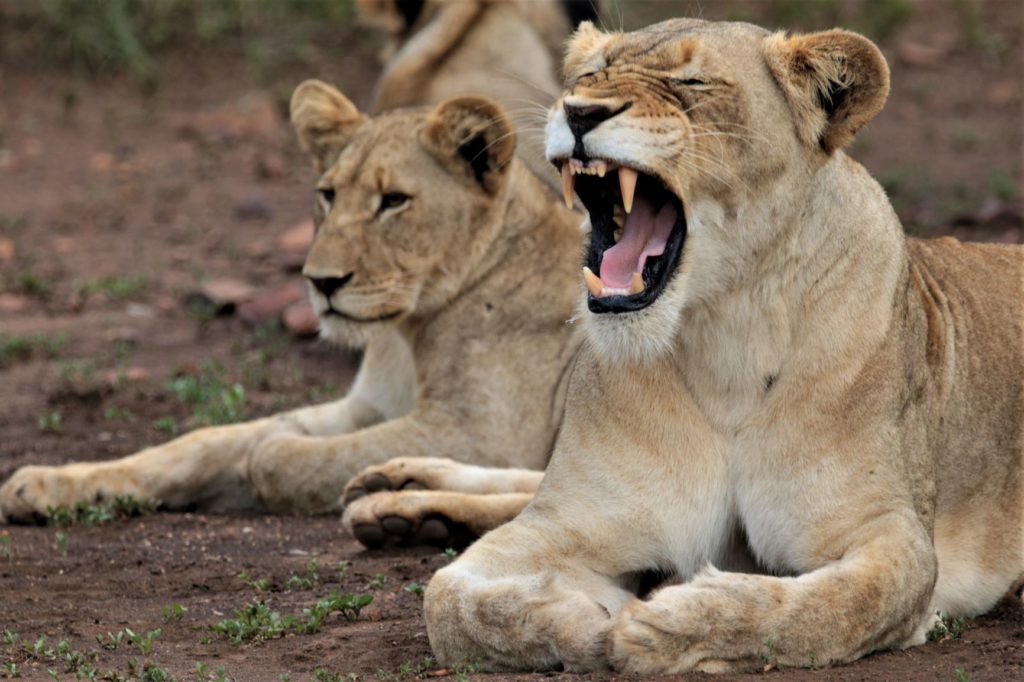 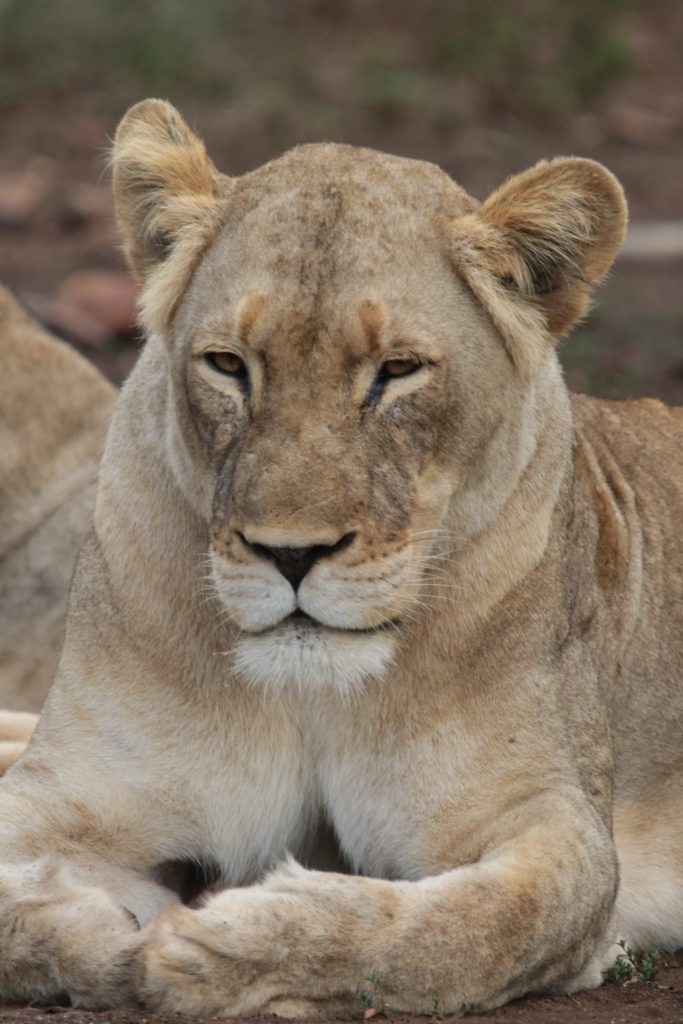 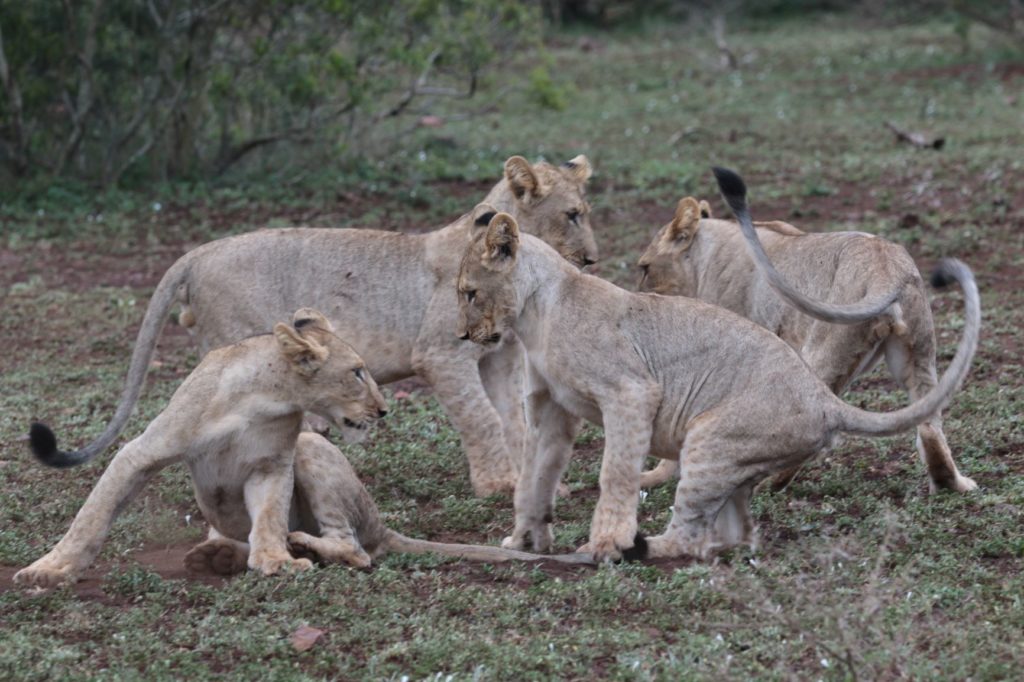 Lion sightings were another matter and we were treated to some of the best I’ve had in most reserves (except perhaps Kruger). We not only enjoyed a close up of two magnificent males dosing in a clearing but two sightings of mothers with cubs (not the same cats) playing and stalking each other.

Phinda is known for its cheetah sightings and we were not disappointed here. Although I would be hard pressed to choose the highlight of our stay, I think I would have to say it was watching five sub-adults who were surviving despite having lost their mother and one sibling to a lion not long before our visit. They still had enough fluff to be adorable and so much grit to simply beat the odds and give one a strong positive message of how animals take on seemingly insurmountable challenges. 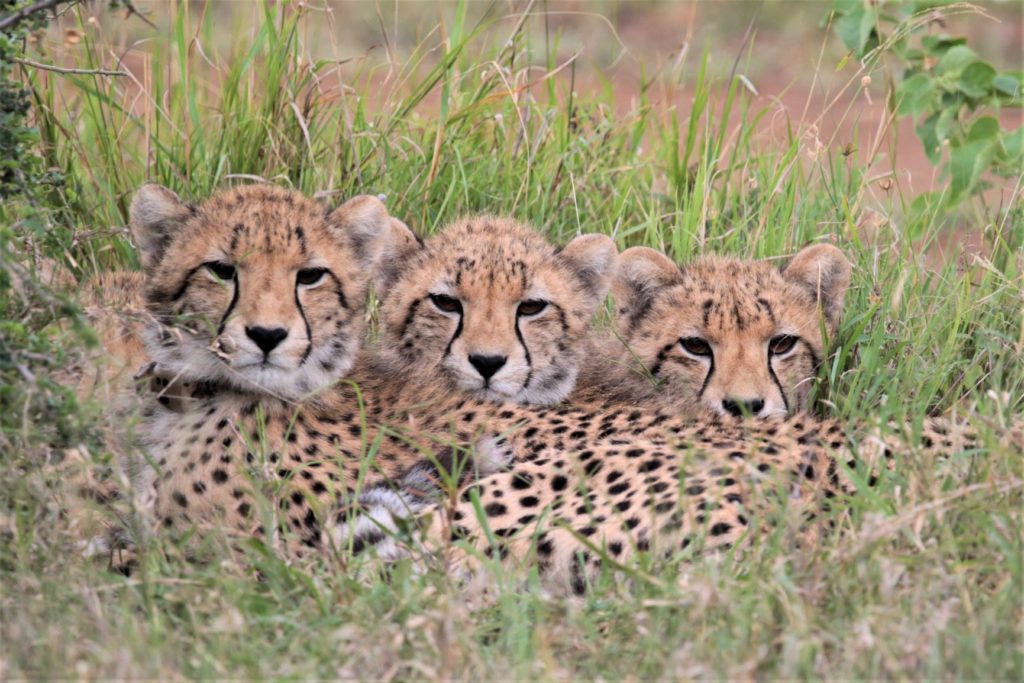 Phinda covers an impressive 28 555 hectares of stunning Mpumalanga bushveld which stretches across seven biospheres, including woodland, grassland, wetland and forest. This includes some small mountains and pans and about a thousand hectares of Africa’s rare dry sand forest. 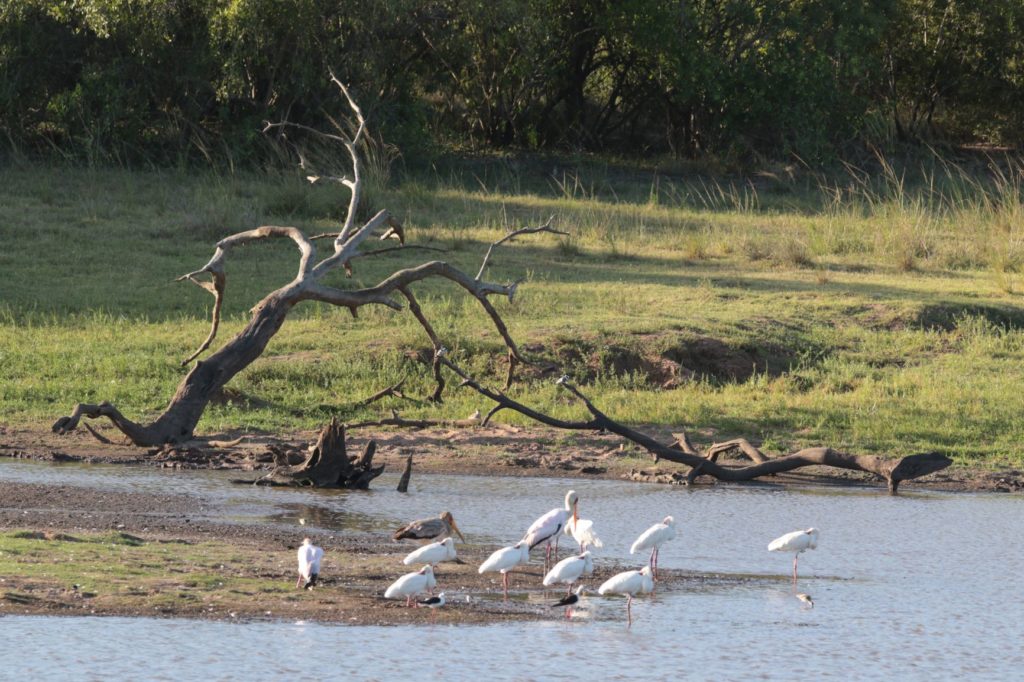 Of course, this meant some lovely places to stop off for sundowners, especially on December 31 when, despite the Covid alcohol ban, we were treated to (non-alcoholic) drinks in a beautiful clearing filled with lanterns.

Unlike in many other small private reserves, I felt less like the outside world was encroaching on my bush escape at Phinda. We didn’t find ourselves driving along fence lines and looking at the sad reality of the outside world right on the doorstep. Somehow, it felt that little bit more wild.

Although, in the evening, we could see faraway lights from local homesteads, it was reassuring to know that they belonged to the local community which not only owns much of the land on which Phinda is situated but also supplies most of its workforce and acts as something of a guardian when it comes to keeping poachers at bay.

On that subject, Kim was less jumpy about mentioning rhino sightings publically than other reserve representatives and I can say that we enjoyed the very best black rhino sightings by far as well as some stunning encounters with their bulkier, square lipped cousins, the white rhino.

Another memory which still brings a smile to my face were our encounters with Phinda’s cheeky ellies. Credit to Kim who kept her cool when having to reverse out of a tight spot along a very narrow road at dusk despite not knowing exactly where these massive creatures were lurking. 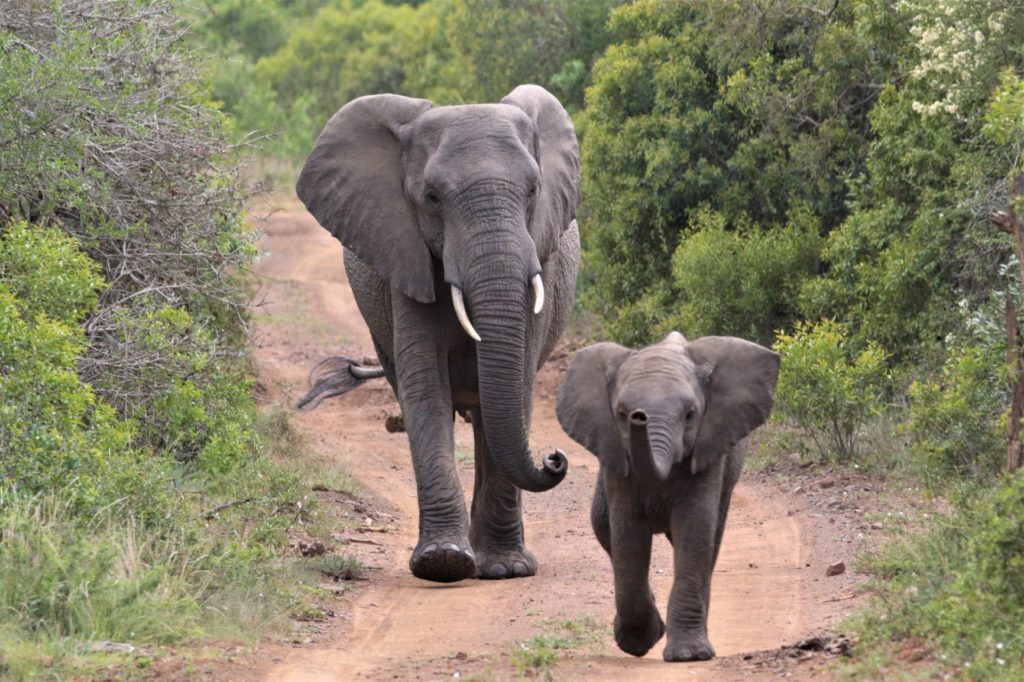 We finished our final morning game drive with a wonderful meeting with a large herd close to the lodge. The interactions between these fascinating creatures included a wonderful charging and trumpeting display from a youngster who wasn’t taking a dressing down from the older members of the herd lightly. We also enjoyed a giggle when we heard that three elephants had ambled up to one of our fellow guests’ plunge pools and emptied it whilst taking a drink.

Perhaps the only thing that I didn’t feel we did justice to was the birds – and with 436 bird species on the reserve, that could well be the reason for returning.

One of the things I dislike most when visiting game reserves is negotiating the entry both at the gate and the accommodation site. Most make it awkward and complicated but, credit to Phinda, we were welcomed and effortlessly made our way to Mountain Lodge without the slightest hitch.

The welcome there was also smooth and organised and our luggage was delivered to our rooms and our car parked without so much as a tinge of awkwardness. On leaving, we did not, for one minute, feel like we were being hurried out either. 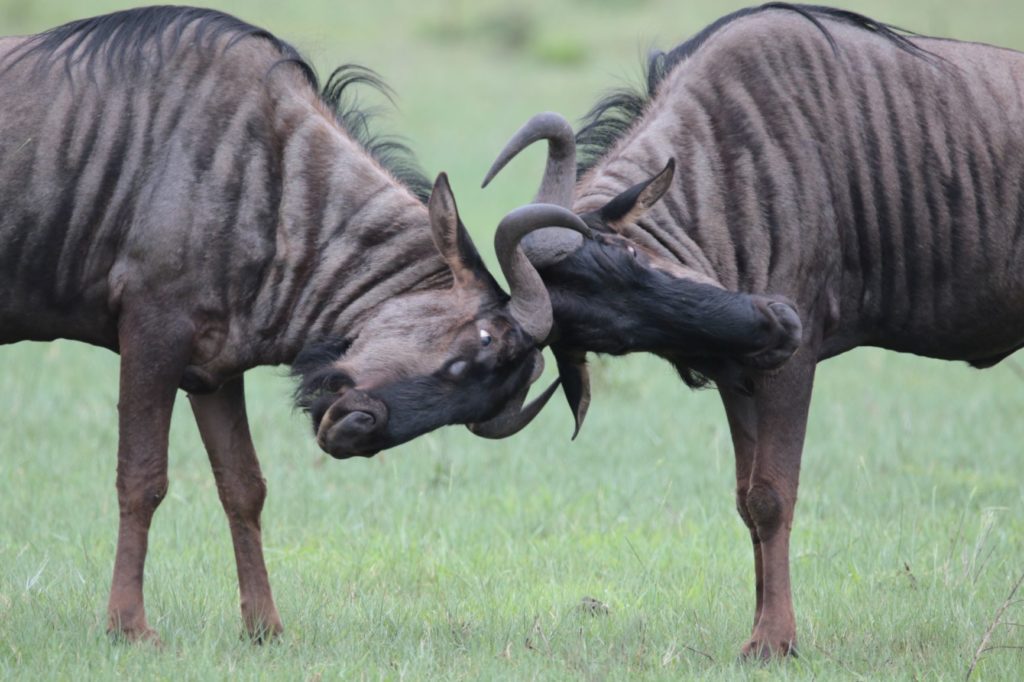 Throughout our stay, Phinda’s staff made sure that all Covid protocols were followed but never made these feel intrusive. They were friendly and helpful – but the biggest applause goes to our dedicated “butler” Ayanda who was not only on hand to see to our every need but kept us well entertained with her lovely sense of humour.

Perched on top of a hilltop with lovely views of the Lebombo foothills, Phinda Mountain Lodge is a delightful spot to enjoy the surrounding landscape whilst either resting on the veranda enjoying a cold drink or a meal. The exquisite infinity pool was, however, the best place from which to enjoy the magnificent views.

Phinda Mountain Lodge features three room types with 16 suites, six cottages (that can be turned into three adjoining family cottages) and one family suite. Although our particular room did not enjoy a great view, many of the others did. What we did enjoy was the privacy as well as the home comforts.  Tops were the extremely comfy bed, the gorgeous outdoor shower and the bar which was replenished every morning and even included ‘real’ milk – something so many lodges don’t realise makes a huge difference to that early morning cup of tea without which I simply cannot wake up – especially at 5am!

The traditional stone and reed boma, dotted with candles, and lanterns, provided the ultimate al fresco dinner on the night before our departure.

Except for one or two glitches, the food was good and there was plenty of it – and a gym to work off the indulgence too. Breakfast was a highlight and lunches were suitably light enough to enable you to enjoy some snacks with your bush veld sundowner.

All in all, I left Phinda feeling like I had had a unique experience that was a celebration of a successful conservation project that more than made up for the despair and fear that was unravelling as the second wave of the Covid pandemic began to take hold back in the so-called real world.

Originally, the reserve was born out of 28 622 hectares of farming land and, again, unlike many sister reserves, there is minimal evidence of man’s very heavy footprint on the land prior to its rehabilitation. Although some game – a few cheetahs and elephants were collared – this was pointed out as part of important ongoing conservation efforts and did not feel intrusive even when taking photographs. 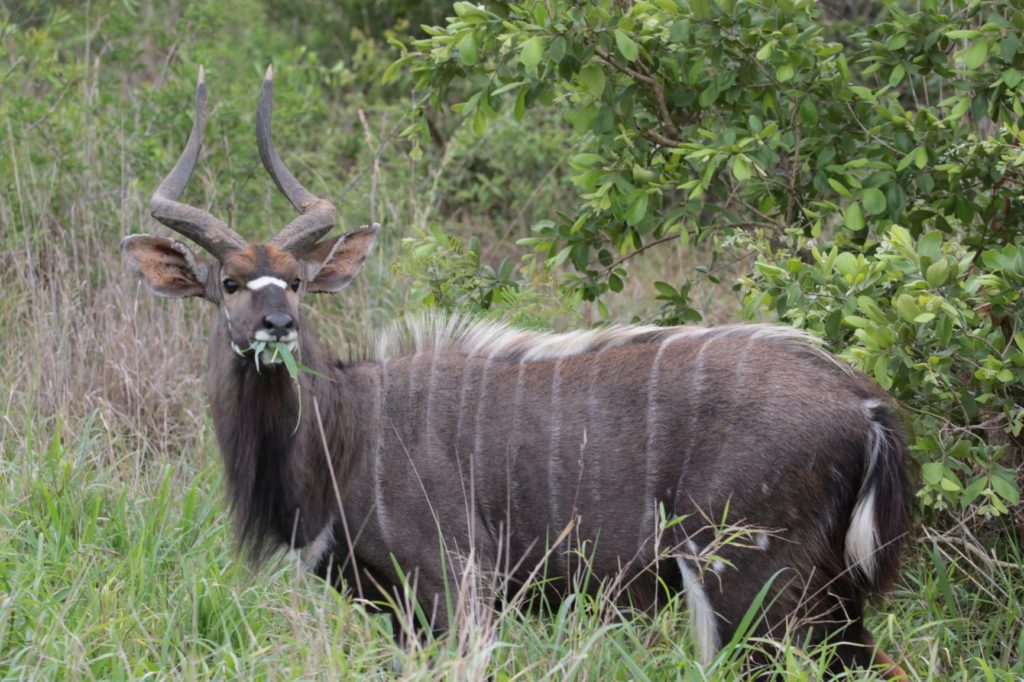 Even more importantly, Phinda has some strict rules when it comes to viewing animals with just two vehicles permitted per sighting – and one if an animal is seen to be particularly sensitive. Off roading does mean you get better than usual sightings but vehicles still need to keep a reasonable distance from game and do not harass them in any way.

My guess is that visitors will feel even closer to nature if they could participate in specialist walking and tracking safaris, a sleep-out under the stars and other participative conservation experiences such rhino notching, elephant collaring or pangolin tagging which are apparently on offer.

It is just a bit sad that, due to the significant charges which have been adjusted to take full advantage of international stronger currencies, these experiences are usually only accessible to international tourists and the wealthiest of South Africans who are able to foot the bill.