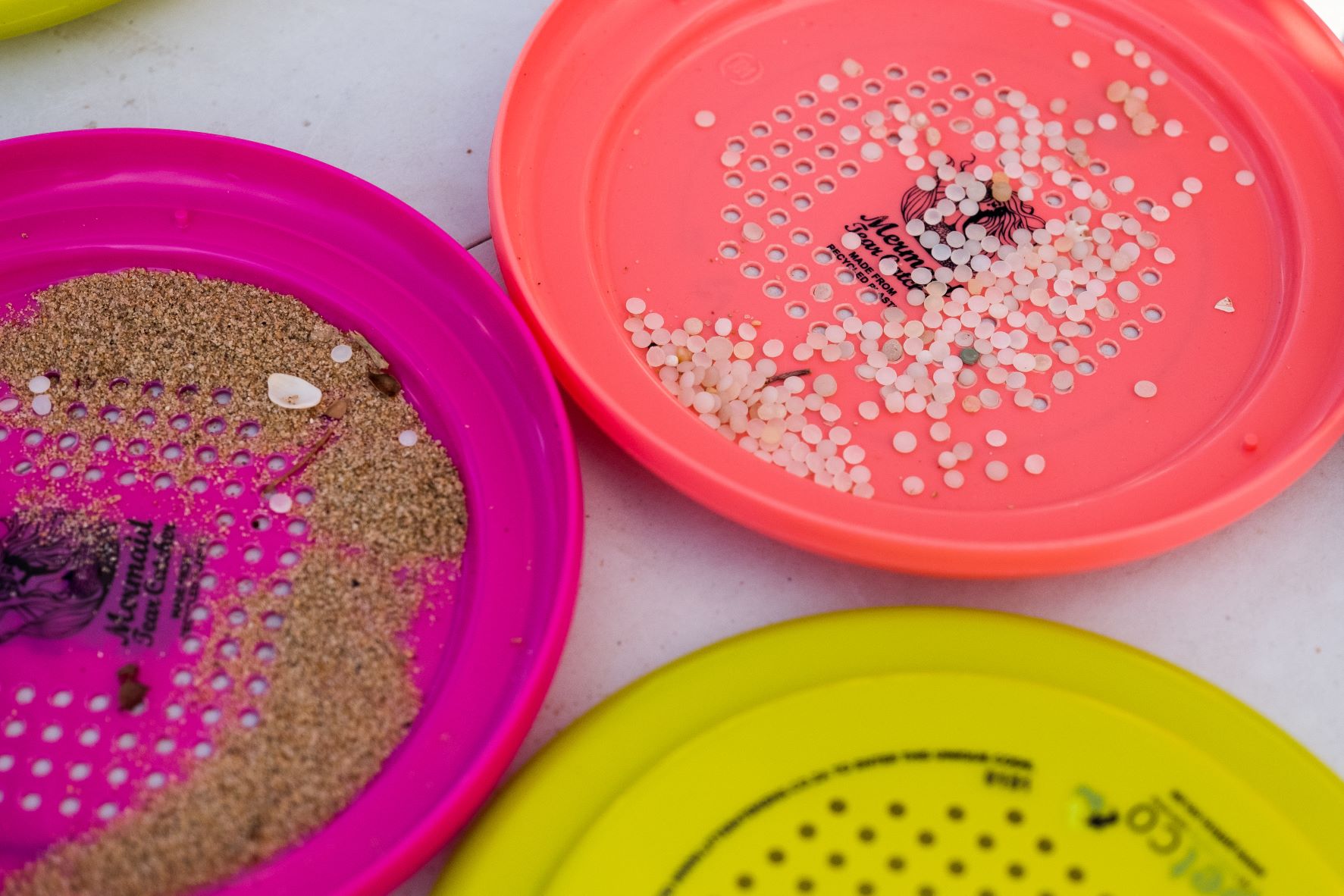 Following the resurgence of plastic nurdle pollution across South African beaches, Litter4Tokens – in partnership with Lifesaving South Africa, and the Centre of Regenerative Design and Collaboration (CRDC) – have launched the Litter4Tokens Nurdle SA Clean-Up Competition, running from September 2021 through to February 2022.

Nurdles – also referred to as mermaid’s tears – are lentil-sized plastic pellets made of polyethylene, polypropylene, polystyrene and polyvinyl chloride and other chemicals. These pellets are shipped, shrink-wrapped in 25 kg bags on pallet bases, to factories around the world to be melted down during the making of various plastic products.

If these nurdles are spilt into the ocean, they are hugely detrimental to marine ecosystems and can lead to starvation and, ultimately, the death of a host of precious marine creatures.

DRUMMING UP SUPPORT FOR CLEAN UPS

Collection drums, sponsored by DRUMPAL, will be located at identified lifesaving clubs along the South African coastline, from Cape Town to KwaDukuza in KwaZulu-Natal. People can use the drums to dispose of nurdles (also referred to as ‘mermaid’s tears’), with prizes awarded to both the lifesaving club as well as the individual that collects the most nurdles during the eight-month stretch. It’s important that the drums are used, as nurdles cannot be placed in recycling bins. 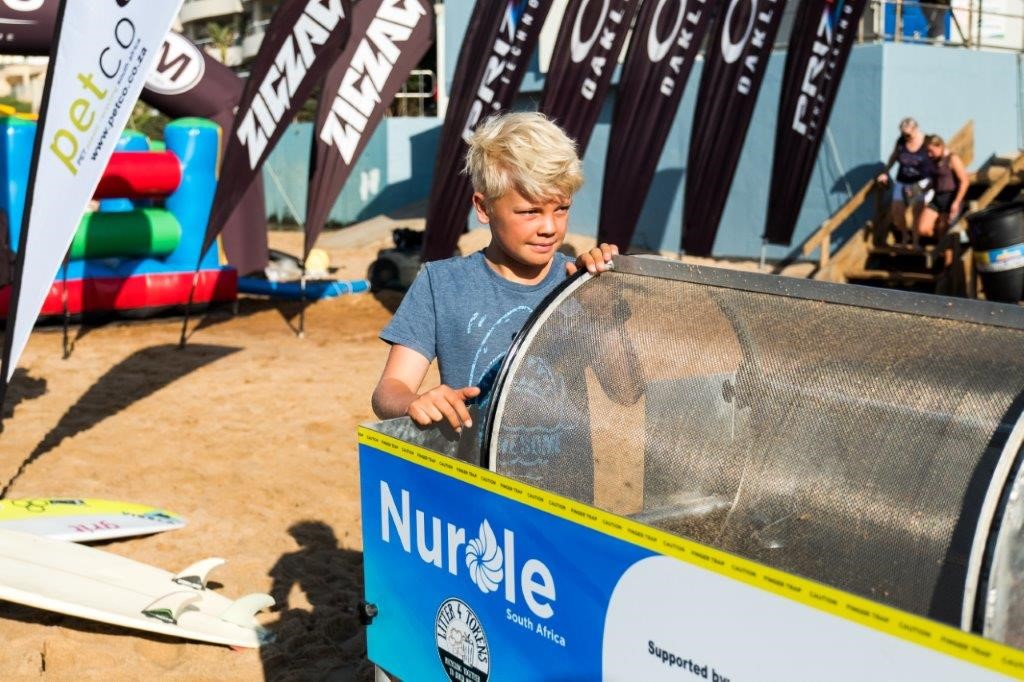 The NPO and two-time Stevie Award-winner, Litter4Tokens, was founded by Clare Swithenbank-Bowman, the CEO of Nurdle SA. It’s an educational and clean-up campaign that addresses the devastating impact of nurdles on marine life as well as feeding the nation.

The competition, which will run alongside Litter4Token’s ongoing projects, has been launched in response to the catastrophic spill of trillions of plastic nurdles by Vinmar Polymers America – Vinmar Polymers America and ExxonMobil in August 2020 off the coast of Plettenburg Bay, as well as the 2017 spill in Durban Harbour and continued dumping of nurdles by manufacturers upstream in river systems.

Lifesaving South Africa, which is proud partner on the Litter4Tokens Nurdle SA Clean-Up Competition, has encouraged all clubs to take up the challenge and participate in local beach clean-up activities and nurdle collections.

Dhaya Sewduth, President of Lifesaving SA said: “This project finds synergy with the efforts of thousands of our voluntary duty members who contribute to environmental stewardship and conservation in aquatic environments as their small contribution towards achieving some of the Sustainable Development Goals.”

Nurdle pollution is a huge problem, almost every beach I travel to around the world has these environmentally disastrous pieces of plastic on them. The work that Litter4Tokens is doing to try and help clean these things up is fantastic. Please help support them.” Grant ‘Twiggy’ Baker, legendary South African big wave surfer and three-time WSL World Champion.

Another legendary South African surfer, Beyrick De Vries, has also come on board as ambassador for Litter4Tokens. He recently assisted with a nurdle clean-up at Cardiff Reef Beach in California, where he educated children and families about the danger of microplastics.

THE DANGER OF NURDLE POLLUTION

Currently, nurdles are not considered hazardous as per the OSHA (Occupational Health and Safety Act) Hazard Communication Standard and IMDG (International Maritime Dangerous Goods) code. In fact, most shippers don’t know even they have them on board, but if containers are lost at sea, the bags will split open, dispersing the nurdles.

Once spilt, this microplastic is hugely detrimental to marine ecosystems and humans, as they quickly find their way into the food system leading to ulceration, starvation and death. They do not biodegrade and a recent discovery indicated that nurdles follow the same ocean currents as turtles, making them particularly hazardous for these species. 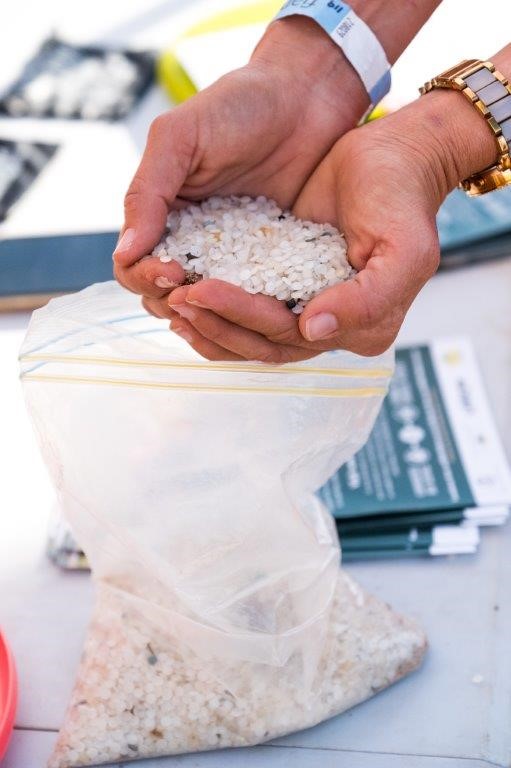 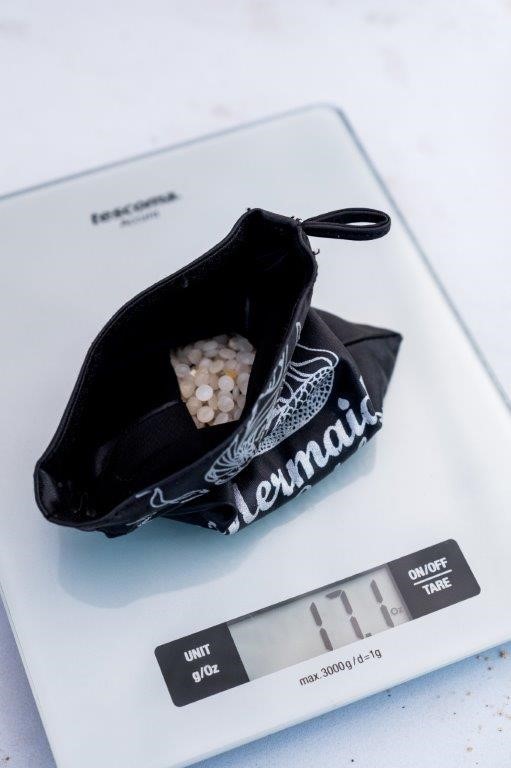 “To put this in perspective, in 2017 we had a freak storm that resulted in two containers with trillions of nurdles falling overboard. This resulted in 2.2 billion nurdles being spilt in the Durban Harbour from Saudi Basic Industries Corporation (Sabic). These washed up along the KwaZulu-Natal coastline from Ballito to the KZN South Coast. Only 72% percent of that spill has been cleaned to date,” explained Swithenbank-Bowman.

He noted that,  in addition to this spill, there was another spill of more than 174.5 metric tons in August 2020 off Plettenberg Bay. There has also been illegal dumping of nurdles by manufacturers upstream in rivers with nurdles washing up on beaches in the eThekwini region.

To date, only 12.6% of these nurdles have been retrieved

In light of this, and with recent reports indicating that there will be more waste plastic than fish in the ocean by 2050, Litter4Tokens is calling on everyone to get involved. Education is key and it’s vital that people understand what nurdles are and why they’re so devastating to the environment.

“Litter4Tokens has also presented to the International Maritime Organisation and campaigning to help get the nurdles’ code changed to a hazardous IMDG code with immediate effect, this way if containers are lost at sea the cargo won’t get released into the ocean. Nurdles are oil in a different format” said Swithenbank-Bowman. “The ocean is the earth’s life force, and if we don’t get on top of this plastic crisis now, the ocean is literally going to choke. It’s now or never.”

How to enter the Litter4Tokens Nurdle SA Clean-Up Competition

Litter4Tokens has developed the innovative Mermaid Tear Catcher (MTC), a scooping device with holes specifically demarcated allowing the user to sieve the nurdles out of the dry sea or river sand. It is made from ocean-bound plastic, and all funds raised from the sales go towards the Litter4Tokens kiosks in South Africa, thereby creating a perfect, circular economy. The MTC can be ordered online at www.litter4tokens.co.za and, when not used for collecting nurdles, it doubles as a frisbee! 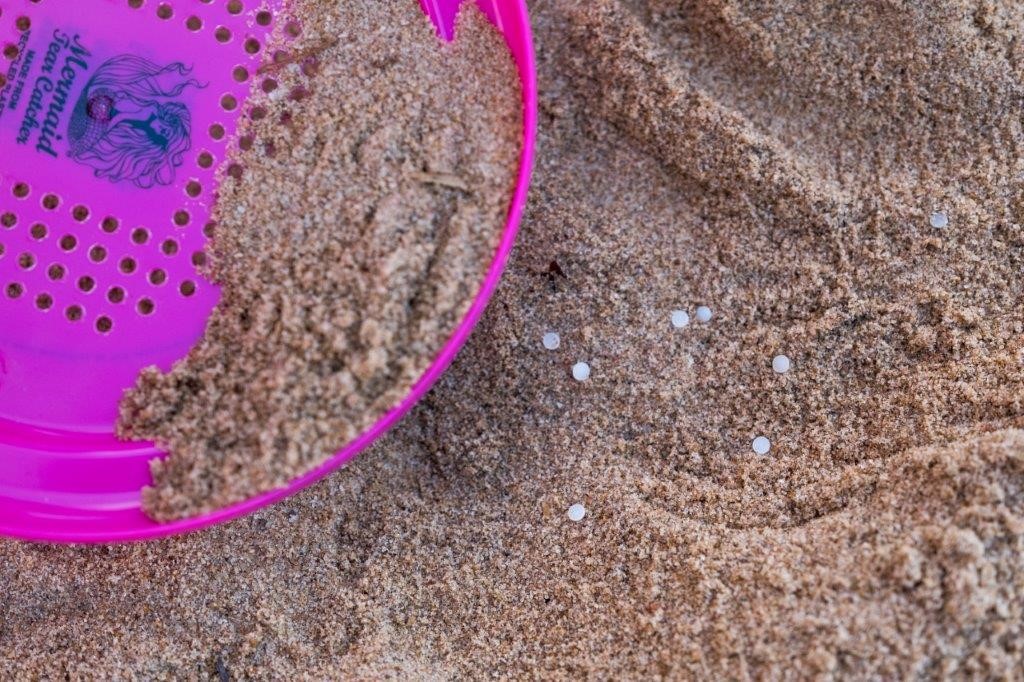 The DRUMPAL drums will include sponsor branding as well as clear instructions on how to collect the nurdles. Once participants have made their collection, they must take a photo and upload it to

Record Your Nurdle Catch | Litter4Tokens, alongside the unique MTC code (if you have bought one), the geographic location, or the name of the lifesaving club. There will be monthly winners for the most Nurdles collected. 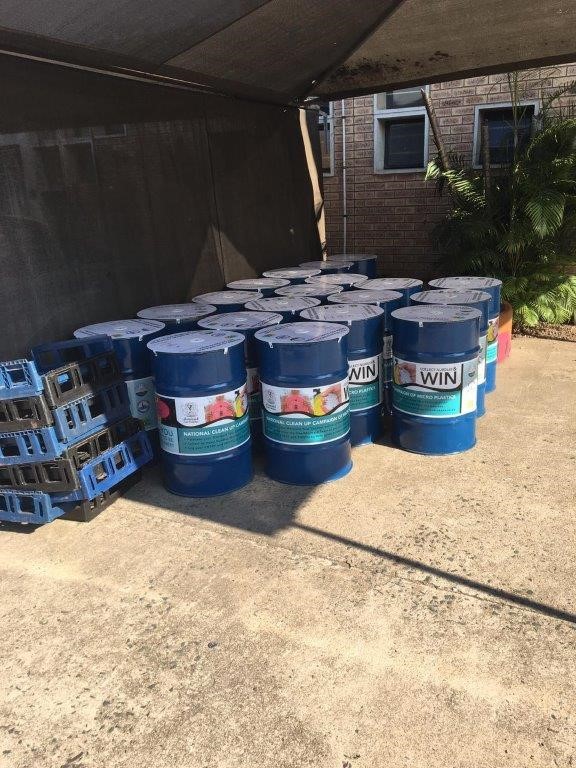 Anyone outside of these areas wanting to participate can take pictures and drop off nurdles at Muizenberg or Fish Hoek Shark Spotter’s office, or at other locations identified by Spilltech on the Litter4tokens website.

The drums will be sent to Spilltech once they are full. The nurdles will be analysed and then be collected by CRDC so that they can be converted into RESIN8 cement used to make bricks to build houses. The data collected will be sent to FIDRA, the Global Nurdle Foundation in Scotland which runs The Great Nurdle Hunt dedicated to tackling nurdle pollution. There will be monthly winners announced from 30th September 2021 to January 2022, with the final data collated at the end and an overall winner announced.