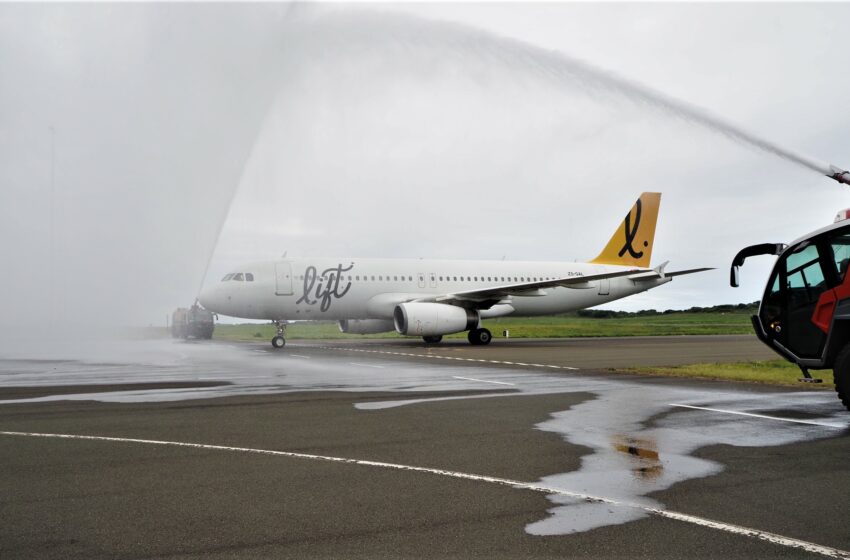 Every time a plane touches down, jobs and business are created, Dube TradePort CEO and co-chair of the Routes Development Committee, Hamish Erskine, told a gathering at King Shaka International Airport today (October 26).

Together with provincial and local government leaders, business representatives and other airline sector and tourism stakeholders, he welcomed South Africa’s newest domestic carrier, Lift, to Durban.

The inaugural flight touched down at midday to a welcome from water cannons on the airport apron and a dazzling display of cultural dancing just outside the terminal. 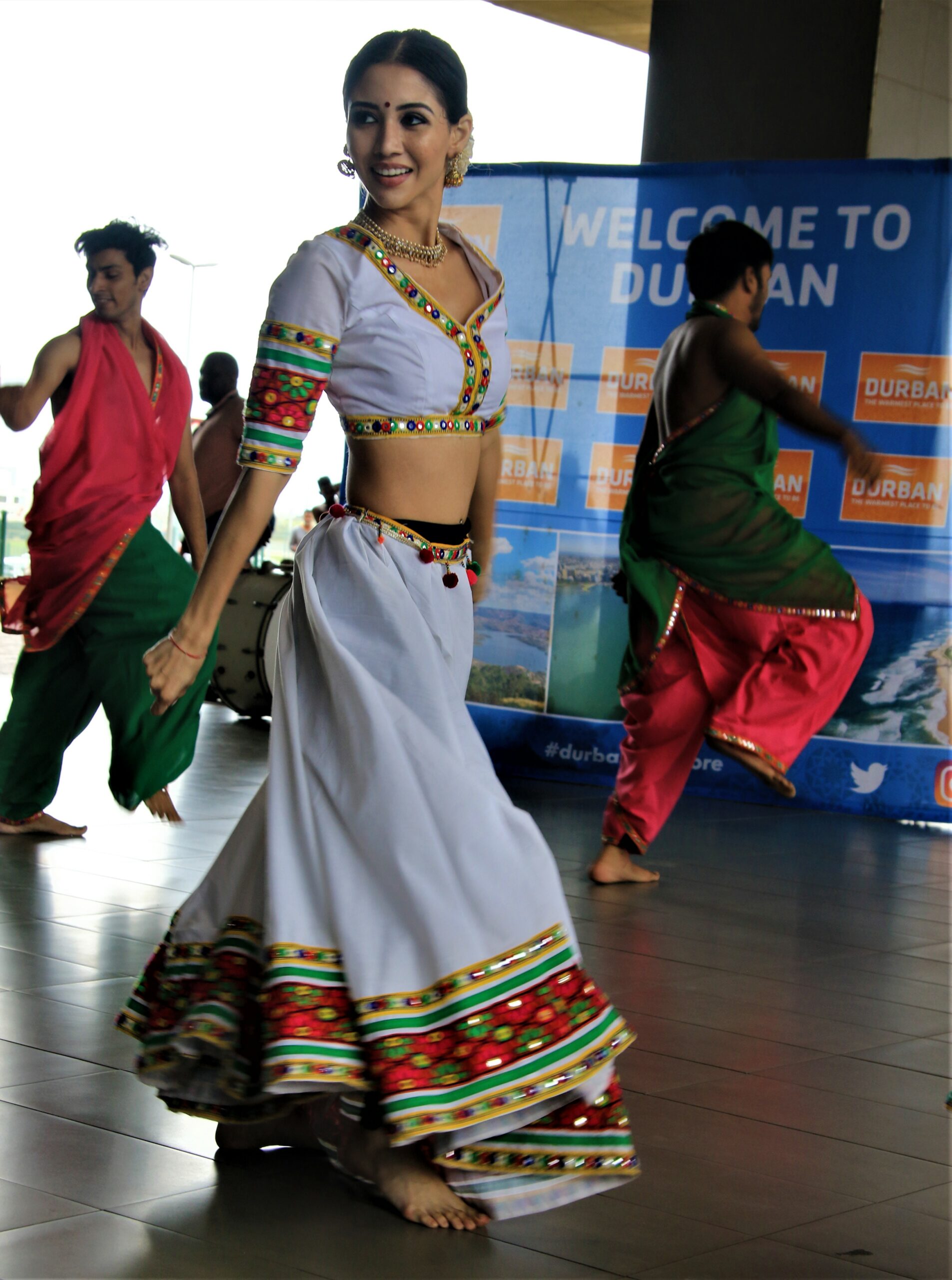 This marked the beginning of an air service between Johannesburg and Durban that will operate three times a day.

Jonathan Ayache, co-founder and CEO of Lift, said that the long awaited arrival of Lift – which has up until now limited its service to the route between Johannesburg and Cape Town – was in response to repeated requests from passengers. Durban was Lift’s most requested route and this expansion was just the beginning, he said.

He was quick to emphasise that Lift was “different” and went on to explain the airline’s journey thus far.

“The idea came about two years ago. It was the heart of lockdown and we had this idea that, in the midst of Covid, there was an opportunity to launch an airline. But it was an airline with a difference – one that is customer centric and brings the spirit of hospitality back into aviation,” he explained.

He said this translated into “complete flexibility” with no charges for flight cancellations or changes. It also hankered back to the era where refreshments on domestic flights were free.

“There’s just a sense of enjoyment and you can feel the spirit of the team when you are on board,” he pointed out, adding that other features offered by Lift included industry leading leg room and even an ability to fly with one’s dog!

Most importantly, Ayache added, was the team behind Lift.

“The key to achieving this vision and to our success so far has been the incredible group of people we have been able to pull together. We would not be here without them. In a very short space of time, we’ve employed over 200 people and many of those new joiners are with us in Durban today. We are proud that we can contribute to employing people that have been impacted by the challenging times in the aviation industry both in Durban and across South Africa,” he said.

He described the Lift team as a mix of very young and energetic and highly experienced people with the diversity bringing out the best in all involved. 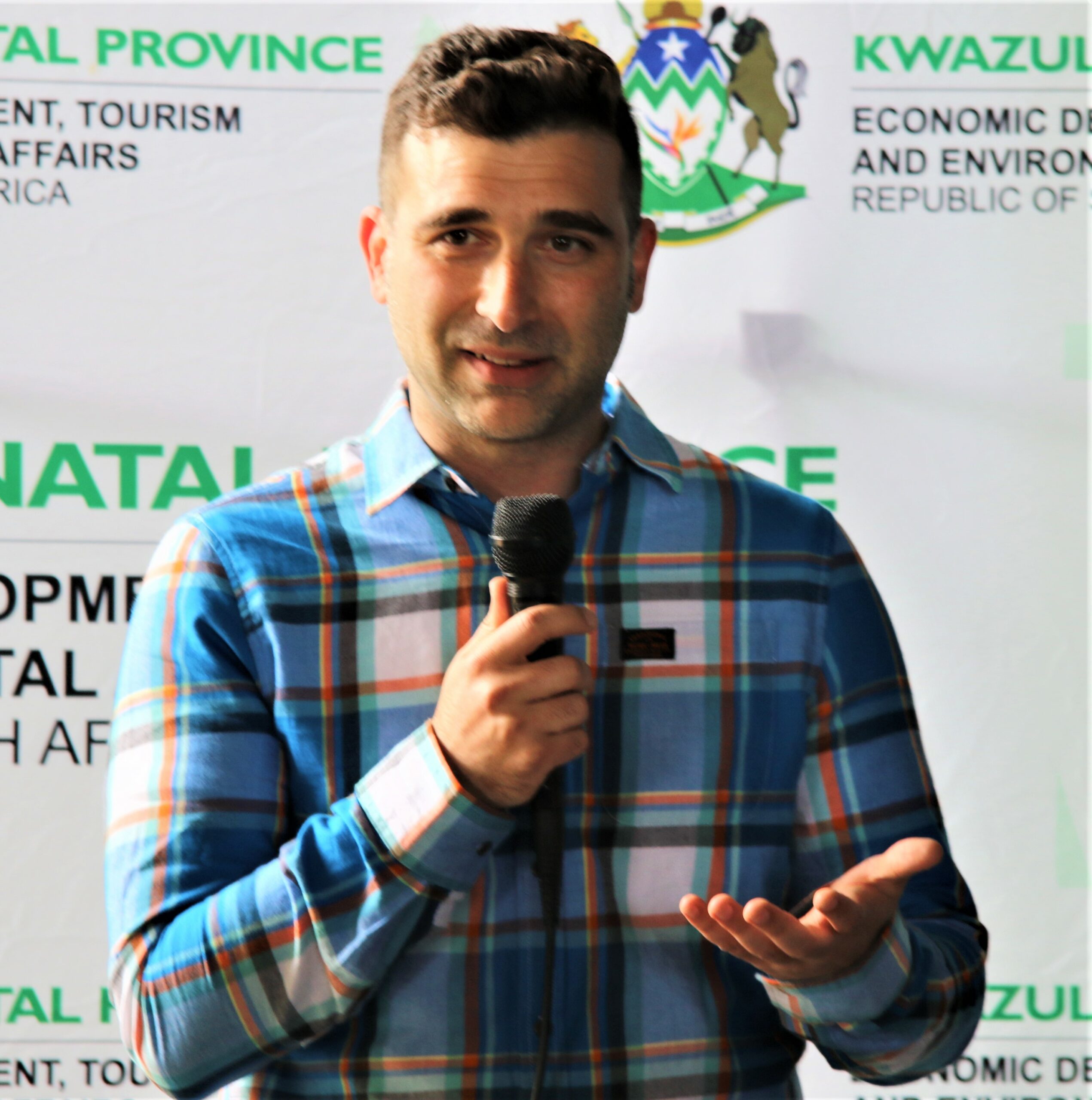 Ayache said that Lift had grown its fleet over the past few months and would be adding two more Airbus A380’s to its fleet which would hopefully increase the network of flights serving the Durban Johannesburg route.

So far, Lift has moved almost a million people and couldn’t be more excited to start its journey transporting people to and from Durban, intimating that a Durban Cape Town route could be introduced before year end.

“It is no secret that Durban has had its fair share of difficult times over the last few years and we proud that we can play our part in the turnaround. We very proud to be involved. Many of team are from Durban and it means a lot to us. Thank you for the warm welcome and onwards and upwards for Durban,” Ayache concluded.

eThekwini mayor, Mxolisi Kaunda, pointed out that the route between King Shaka International Airport and OR Tambo Airport was not only a popular tourist route but also a very strategic link between the economic hub of Gauteng and Sub-Saharan Africa’s busiest port.

He congratulated Lift for expanding its reach in the airline industry and providing much needed relief for the people of KZN who would now have more travel options. Through introducing more competition, travellers would ultimately benefit from more affordable fares, better service and greater availability of flights, he suggested.

Kaunda said it was fitting that the inaugural Lift flight co-incided with Transport Month in South Africa as this not only emphasised the importance that travel played in the economy of the country but also fell into line with government’s plans to invest in transport infrastructure to promote and stimulate economic growth.

He said that, as a city, eThekwini was working hard to create an environment that was conducive to doing business.

“Our recovery plans are now gaining momentum. We are starting to see the tourism sector regaining its strength from where it left off. This gives us confidence and hope that the jobs that are already in place will be retained and that new jobs will be created,” he said.

Kaunda commended the Routes Development Committee, which is dedicated to bringing in direct flights to King Shaka International Airport, for its hard work in attracting new carriers to the city of Durban.

“For any city to compete on an international stage, it is important to have a vibrant and competitive aviation industry which attracts international trade and drives rapid growth in the tourism sector. I am pleased that this takes place at a time when the city is implementing its summer season campaign. I am sure that it will contribute to our reaching our target of attracting more than 900 000 visitors into the city during the festive season,” he said.

Mpumelelo Zikalala, chairman of the board of the Dube TradePort Company, was also on hand to celebrate the announcement of Lift’s daily schedule of flights between Durban and Johannesburg.

He noted that, as of June 2022, King Shaka Airport volumes had recovered to 56% of their pre-pandemic levels with the airport being one of the fastest recovering airports in South Africa. Domestic travel had played a significant role in driving this growth, he said.

With the festive season looming, the arrival of Lift couldn’t have come at a better time, he noted.

He said the arrival of Lift in Durban came with a promise of growth for all stakeholders in the aviation and related sectors and called on everyone to work together to ensure the long term growth and sustainability of this market.

“Now, your participation in bringing this airline to Durban is going to add to this number,” he concluded.