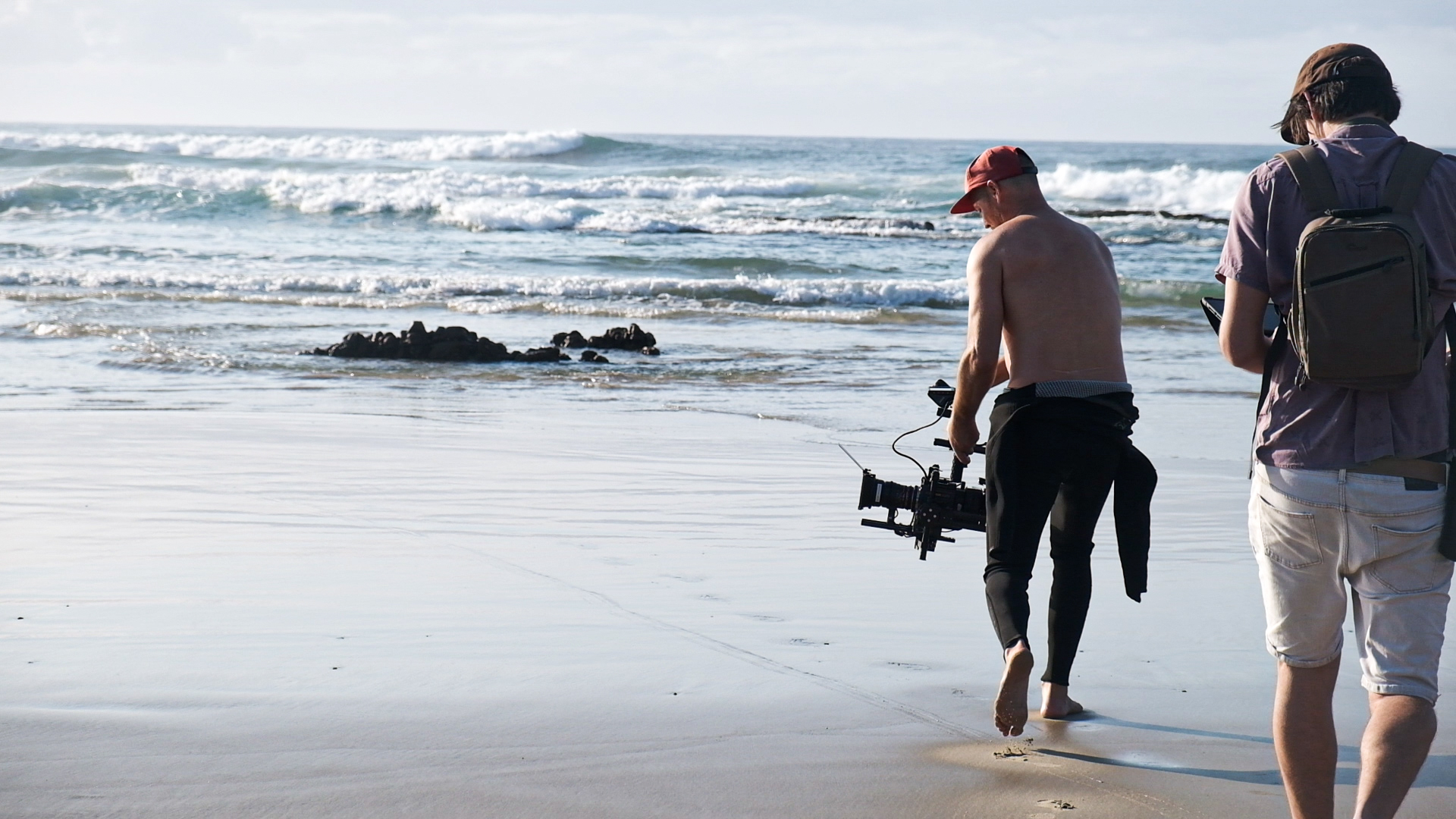 10 years ago, brothers Avuyile ‘Avo’ and Zama Ndamase were surfing off Port St Johns. A shark attack ended the life of Zama, the day after his 15th birthday. Almost a decade later, a short film entitled Amanzi Olwande – which means Ocean Water – which is based on this tragic true story, has won the Judges Choice award in the world’s largest short film competition, My Røde Reel 2020.

Characterised by sweeping shots of the beautiful Wild Coast and deeply resonating African fireside images, the haunting film, which was penned by Ballito based director, Tim Hay, moves beyond the initial tragedy to reflect how the elder brother returns to the waves to connect with his sibling. 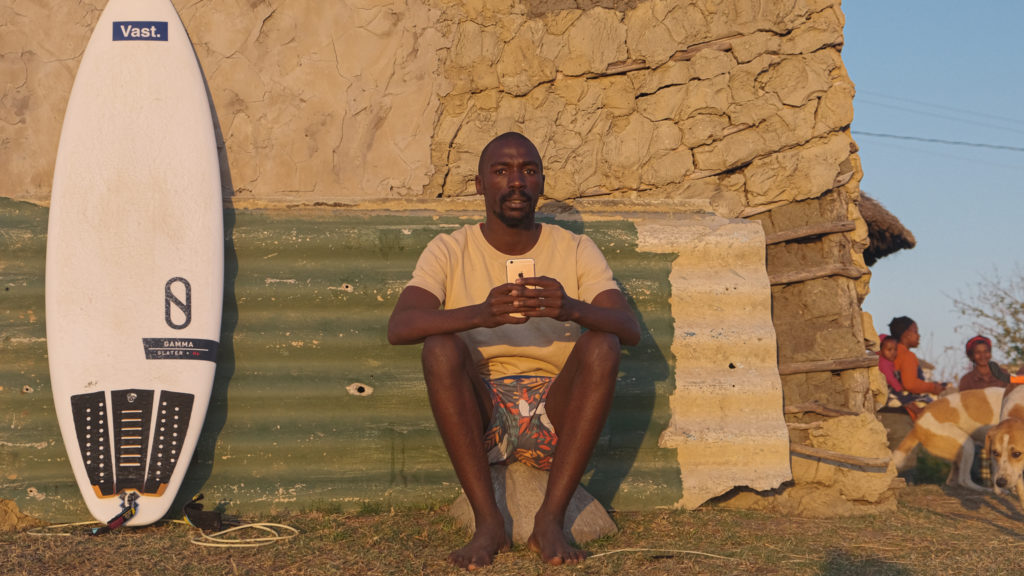 It grabbed the attention of the Australian judges and earned the six-strong cast and crew $200 000 dollars in prize money as well as film gear produced by the Sydney based manufacturer of microphones and filmmaking equipment who created the competition six years ago.

Since then, more than16 000 films have been submitted to the competition from 94 different countries and over $3.5 million in prizes has been presented to both emerging and established filmmakers.

I think Avuyile’s story was the most compelling part of the project and, to be involved with such an intimate and personal experience, was a privilege. Learning from Tim and understanding his vision was an incredible experience too because his translation of the narrative is what perfectly captured the emotion within the story.

“My favourite aspect of the film was definitely the non-linear storytelling because it emphasized the powerful bond that the brothers shared. Their relationship is bound by spirit, and not by time, which is relatable to many audiences. This, accompanied by the incredible 4K quality of the Red Helium camera, perfectly captured this unique story of Avuyile and Zama Ndamase,” explains assistant director, Kyle Smith.

The fact that Avo played himself as a now 26-year-old adult in Amanzi Olwande and was also part of the crew who filmed teenaged Salt Rock surfers, Sanele Mthethwa and Mphathi Ndlovu, who re-enacted the carefree childhood of the surfing brothers, has much to do with the resonance of the short film.

A STORY THAT INSPIRED A FILM

Tim Hay, too, says he loved the story right from when it was included in a documentary film on which he was working with a friend to the point where he wrote his own script intending to enter My Røde Reel 2020 after the documentary had been abandoned.

“My friend Steve said I could roll with it so I took over the actual story. I phoned Avo and chatted to him and then wrote a brief story to pitch to him when we met for coffee,” he explains.

A few changes were made to make the script a little easier on both director and actors and the film makers packed a trailer with camera equipment and surf boards and headed south in mid-September.

Although the actual attack happened off Port St Johns, Hay and his crew decided on another location – a little place called Sinangwana – as it was less crowded and more camera friendly.

“We went up on the Friday early morning. Then, on the first day we scouted around and started shooting first scenes at night around a bonfire. On the second day, we did a full day of filming and then, during the last day, we woke up early to get awesome sunrise shots to show the beauty of the Transkei,” Hay recalls.

Cousin Kyle’s memory of his role is slightly different. “As assistant director and behind-the-scenes guy, my role on this project meant that I helped with planning the schedule for each day. I took a few videos and photos for the BTS video, and most importantly, I was responsible for waking everyone up at four in the morning to get the day started!”

On their return to Ballito, completing the film did not take long according to Tim. It had been shot for the edits and he knew exactly where everything was going to go. The most difficult part was actually finding the right sound track, one that perfectly captured the deep rhythms of Africa. Tim ultimately settled on Sowetan band BCUC.

At the same time, Tim and his team also edited a second movie. Together with the finished production, the entry required a behind the scenes film that captured the actual making of the film. 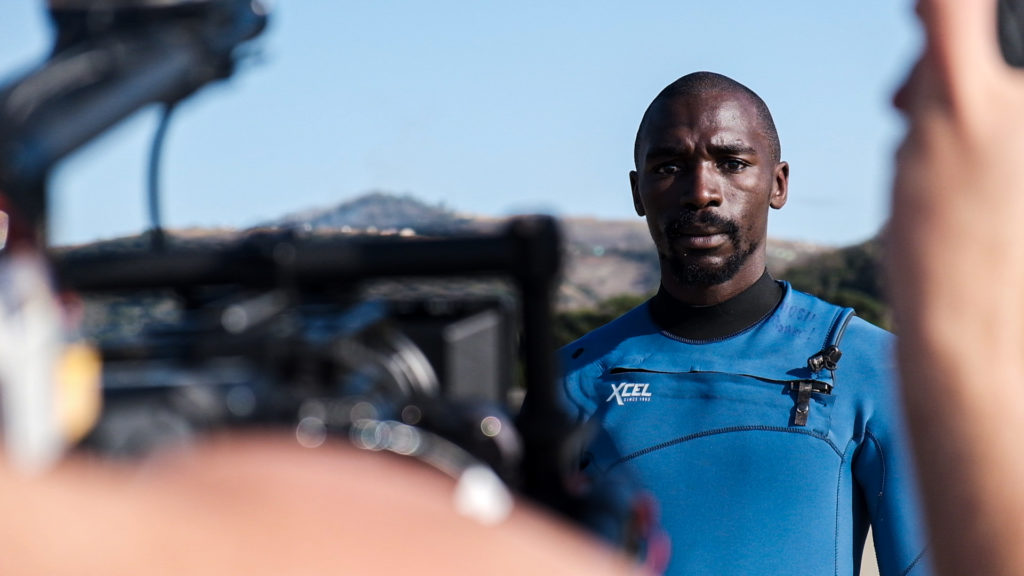 “I had always wanted to enter My Røde Reel because it is an international competition with awesome prizes. It is not just a statue that you win at the end of the day but film gear and money. It’s awesome and I thought we’d take a chance. It dented my pocket to take everyone up there.

But, although it was a bit of a gamble, I loved the story, the content and the opportunity to film in the Transkei. It is easy to make every image amazing because it is such a beautiful place.”

As one of very few cinematographers to have a Remote Pilot Licence which enables him to fly unmanned aerial vehicles (better known as drones), the Wild Coast provided the perfect opportunity to use this technology to its fullest and many of the magnificent seascapes were filmed in this way.

The film also reflects Tim’s deep love for the outdoors and sport. “I do motor bike riding and surfing and all sorts of different sports to keep healthy and for the love of them. I also base my business and work ethic around sports – especially as a cinematographer. You also have to be healthy and fit and keep active to carry big cameras around, so it all goes hand in hand with what I do and what I focus on,” he says. 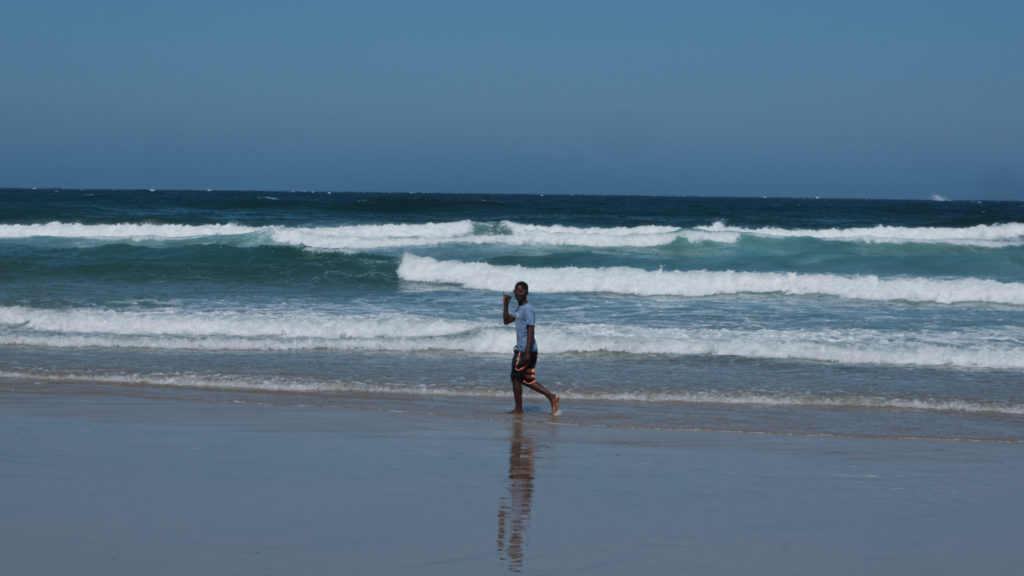 A PASSION FOR FILM MAKING

Yet, his love for video and cinematography was born in Europe rather than South Africa. It was during the very early days of You Tube when he began filming and posting his exploits during his travels in Europe that he discovered what was to become his passion.

On his return home to Ballito, he got a job as part of the camera crew for an extreme fishing show that aired on television. “I was just soaking up everything I could because I was enjoying it so much. For me, it became easy to learn because I was passionate about what I was doing,” he recalls.

From there, Tim left to launch his own company, Hellmot Productions which has worked on a variety of productions for large corporates non-profit organisations and television shows such as Carte Blanche, Super Sport and ASFN. 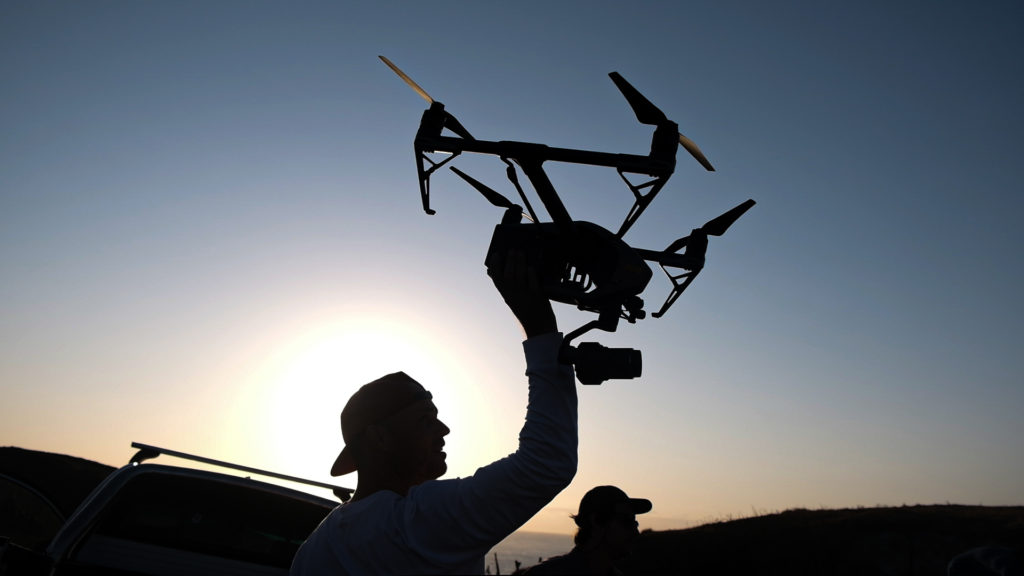 Now, with an award under his belt, Tim hopes he has not only enhanced his career but shone a light on what’s possible for local film makers.

“I really tried to get into the film industry. It’s really difficult.  I think I am now a step further towards where I want to be. Although the main reason I made this film and entered this competition was to get exposure and build myself as a cinematographer, I can’t take full credit for the film. My whole team was involved in the making of this film,” he adds.

The final word comes from Kyle Smith: “Winning the Judge’s Prize has been mind blowing. To be rewarded for doing what we love and taking a working-holiday to the Transkei is something that I thought would never happen in a year like 2020 – but here we are. I think that this award will also remind filmmakers in South Africa that if we continue creating content and collaborating with one another, our unique stories can be seen and heard around the world.”