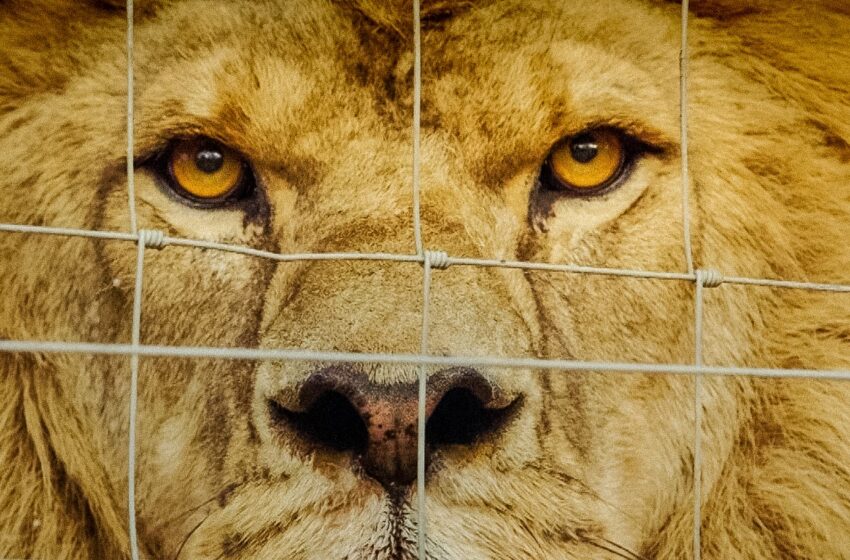 A male lion in captivity in South Africa

LIONS BONES & BULLETS: A FILM OF HONESTY AND COURAGE

August 10 is World Lion Day and O&A spoke to the makers of Lions, Bones and Bullets, an international award winning documentary that unveils the harsh realities of lion farming in South Africa.

If things continue as they are, the so-called king of the beasts could be extinct in the wild long before the rhino, according to the team behind the hard-hitting wildlife documentary Lions Bones and Bullets. 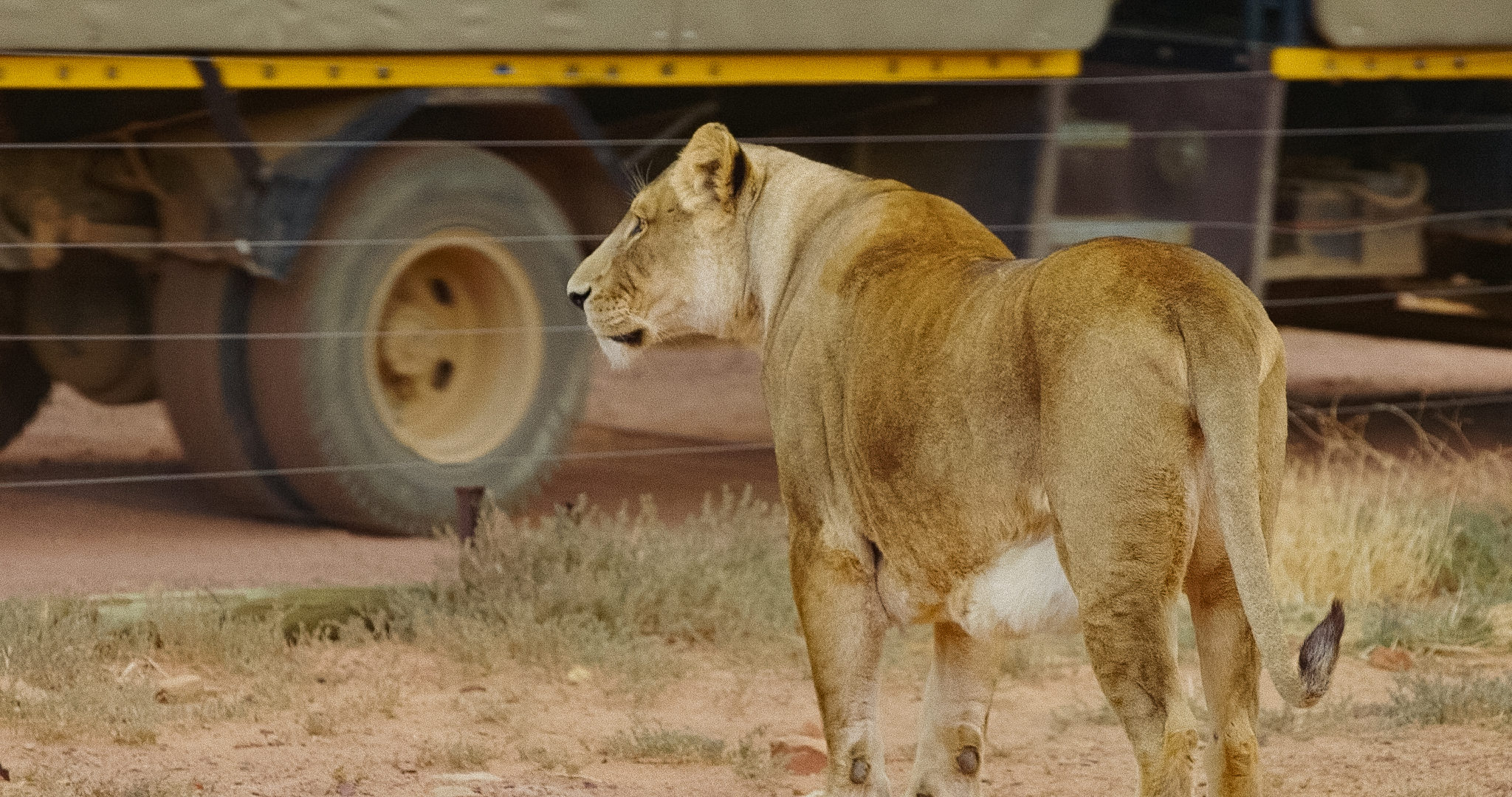 That is just one of a number of shocking truths that is uncovered by this thought provoking wildlife film that was screened for the first time in Monaco more than a year ago. It carries a strong message to a world enamoured with Disney’s The Lion King but blind to the realities of a world wildlife trade that is probably worth more than $ 20-billion.

“Without taking anything away from the rhinos, the lion is an iconic species. That’s why this is a really important film. This is something most South Africans – and even the rest of the world – know nothing about,” says New Zealand director and executive producer of Lions, Bones and Bullets, Anton Leach.

Late last year, the film makers signed an exclusive global distribution contract with Off the Fence which also includes Oscar winning local documentary My Octopus Teacher on its distribution list.

It then went on to follow this documentary as a winner in the Jackson Wild Media Awards beating David Attenborough in the Educational/Informational film category and coming second to his winning entry in the Presenter Led category.

Lions, Bones & Bullets was screened for a number of British parliamentarians last month in the lead up to the passing of legislation that is expected to ban the import of wildlife trophies into the United Kingdom. Similar legislation could soon follow across Europe.

But, although the film lifts the veil on shocking home truths that have been hiding in plain sight for a number of years, very few South Africans have even seen it because it is still officially in the pre-release stage.

However, a screening of Lions, Bones & Bullets is being held at the Cape Town Parliament for MP’s working in the environment, agriculture and tourism sectors at the end of August.

The film’s producer, writer and editor, Jasmine Duthie, believes that a combination of International interest and the roll out of the film in South Africa could add weight to the white paper that the Department of Environment, Forestry and Fisheries is tabling shortly.

This white paper tackles, head on, inadequate policies, legislation and practices when it comes to elephant, lion, leopard and rhino management as well as a perceived lack of transformation and community participation in conservation.

In light of this, the film makers believe that the impending release Lions Bones & Bullets  within the next few months will be effective timing in terms of influencing policy and public opinion.

The only problem is that those benefitting from the lion trade aren’t expected to go down without a fight.

Although Lions Bones & Bullets is a very South African film, the production company is a British one called Jagged Peak Films. The UK was chosen as the place from which to release the film due to broadcast laws which facilitate global distribution.

Leach has filmed around the world and in war zones such as Iraq, Syria and Gaza as well as worked on wildlife documentaries for global animal welfare organisation 4 Paws which is known for rescuing and sheltering big cats that have been held captive in zoos and circuses.

So, too, has Jasmine who has skilfully edited this documentary so that it relies on objectivity and has the courage to tell the other side of a sordid story through direct discussions with lion farmers.

“For me, as the editor, I have found the argument and the facts were always stronger if you hear it from the other side. So, we just let them take the floor a lot. They could say it or thee greenies like us could say it. It was, kind of, just let them hear it from the horse’s mouth. We had to allow the viewers to come, to feel like they had reached their own conclusion,” she says.

Lions, Bones & Bullets actually charts the journey of co-producer and wildlife author Richard Peirce as he moves from the lion ranches of South Africa to the wildlife markets of Southeast Asia trying to come to terms with what he now labels “an elabourate wildlife con.”

He has authored many conservation books including an expose on canned lion hunting entitled Cuddle Me, Kill Me which launched in March 2018 and provided the inspiration for the film.

“Lion farming and the increasing sale of lion bones to Asia involves exploitation, cruelty, injustice, misconception, fraud and corruption. This is a threat to wild lion populations. It is mind-blowing in terms of the huge negativity involved and has no redeeming aspects.

Lions are a flagship species. What happens to lion populations will be a major factor in determining the future of wild animals in Africa,” he points out.

Although there are no scientifically audited figures, it seems that, while there are less than 3 000 lions in the wild in South Africa, the numbers of captive bred lions has rocketed with an estimated 12 000 or more of these big cats forced to endure immense hardship before being shot for their bones.

According to the World Wildlife Forum, as well as other global conservation bodies, African wild lion numbers have plummeted by over 40% in the last three generations due to loss of living space and con?ict with people. Although lions are not technically regarded as endangered in Africa with around 23 000 African lions believed to be left in the wild, they’re now officially classified as ‘vulnerable’.

Ironically, alongside its massive captive bred population, South Africa has one of Africa’s most successful wild populations. The Kruger Park is estimated to be home to around 1 650 wild lions, the Kgalagadi Transfrontier Park plus or minus 300 and smaller national parks and private game reserves about 500 lions.

But captive and wild lions spark a conflict. “The more that you supply your captive lions into the market, the more you’re raising poaching and threatening the wild population,” Jasmine explains.

As the film makes clear, up until the shooting of much loved Zimbabwean lion Cecil in July 2015 by a recreational trophy hunter for $50 000 caused outrage and led to a US ban on trophy hunting, all was going well for local lion breeders. Canned lion hunting allowed foreigners to shoot captive bred animals in both large and small fenced enclosures and ship them home to display. Farmers and breeders pocketed the substantial proceeds.

Even though the US ban put a huge damper on South Africa’s thriving hunting business, the resilience and resourcefulness of South Africans that came to the fore during the apartheid sanctions era emerged again. In 2019, the South African government tweaked legislation to classify lions and 32 other wild species as farm animals. The demand for lion exports – especially lion skeletons and bones – climbed, eventually government agreed on an annual quota for the export of lion skeletons with CITIES.

South Africa is now the world’s primary source of ‘legal’ exports of lion products which are not only used for traditional medicine but substituted for tiger body parts for the manufacture of tiger cake, tiger wine and other products used in Chinese medicine.

In short, it’s cheaper to import lion skeletons from South Africa than to farm and feed tigers.

But it goes far deeper than that and Richard’s discussions with both lion farmers and wildlife traffickers soon illustrates that this has created a whole supply chain, starting with the cute cubs that are supplied for tourists to pet.

“The important thing to remember is that, at any level, this is fraud. You know that whether the consumer is having a photo taking or paying to walk with the lions, he or she is not being told the truth. That is a point that we tried to get across,” says Richard.

Richard is no stranger to suffering. He says that, at first, the making of this documentary seemed to be the logical progression from the launch of his book. But, it soon emerged that a lot had happened since he’d penned the final page and the film had to continue from where the book left off, using the same investigative journalistic style.

“Every animal book I have written has opened my eyes, and none more so than Cuddle Me, Kill Me. I tried to do the research for the book starting with an open mind. My mind did not take long to close. Lion farming involves exploitation, cruelty, injustice, misconception, fraud, corruption, is a threat to wild lion populations. The list goes on. It is mind-blowing in terms of the huge negativity involved and has no redeeming aspects. The book provided some answers but mostly led to more questions, and I wanted to follow the trail to the end and let the world know what I had found,” he says.

To do that, he said the three film makers had to start again and, in Richard’s words, wipe the slate clean. 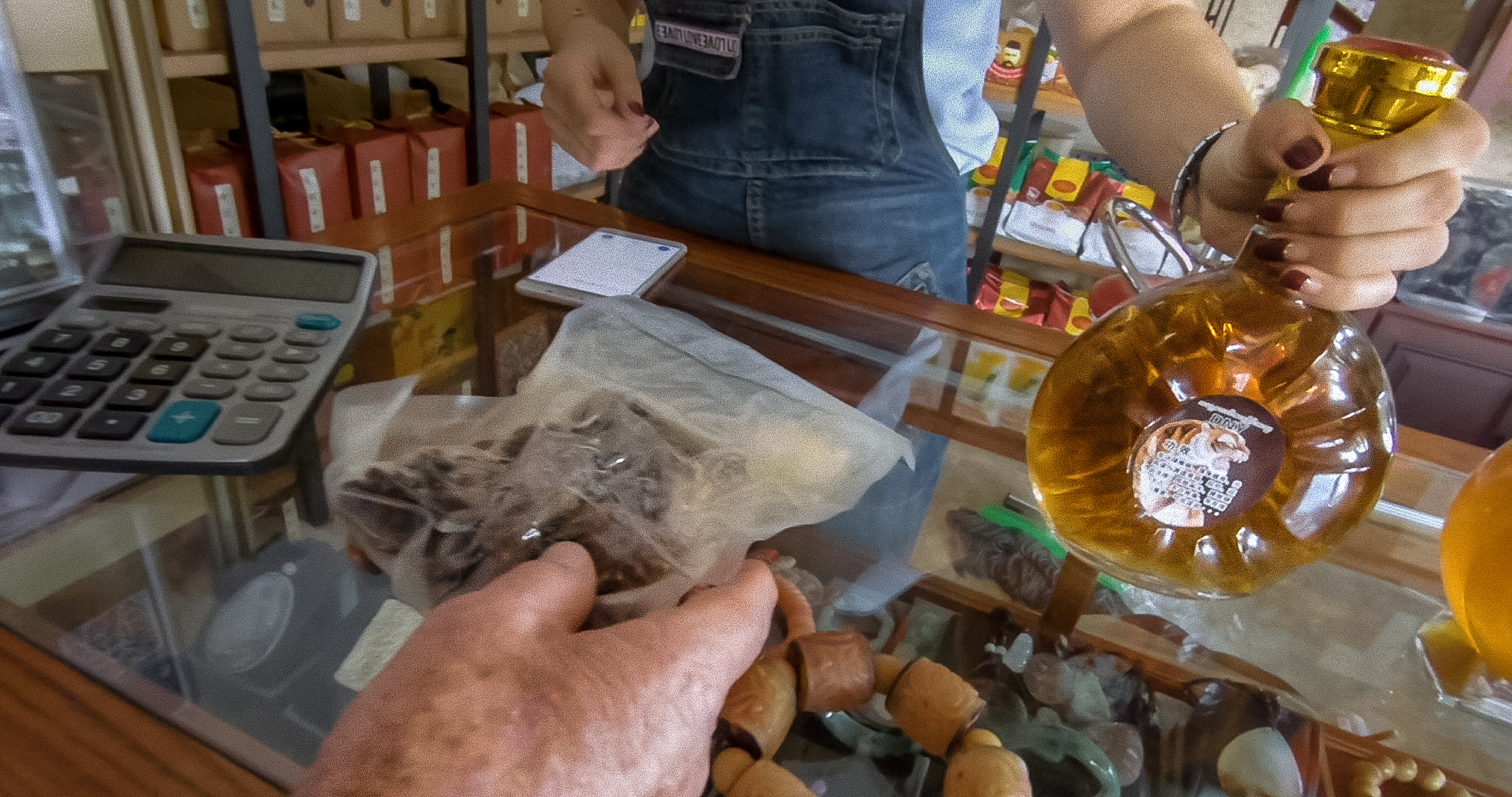 “We had to set out to be as credible as possible. It’s very important that we didn’t take sides, didn’t show emotion and just tried to present the facts. We had to just really be completely detached and do our jobs,” he says.

Included in this process was pointing out that, clearly, the world has learnt little from Covid. and zoonotic diseases passed between animals and humans such as swine flu, Ebola, rabies and more. Lions are increasingly falling victim to one of the most contagious of zoonotic diseases – tuberculosis – with the shipment of skeletons potentially putting the entire world population at risk.

From the outset. funding for filming was secured from a variety of sources, including individual donors and foundations. “When seeking funding, we, as film makers, made it very clear that the production would be independent of any editorial influence to ensure its credibility and autonomy. We set out to make a genuine investigative documentary which told the truth,” says Richard.

As the process went along, they were joined by other supporters including the British actor, Peter Egan, of Harry Potter, Downton Abbey and Chariots of Fire fame, who took on the role of narrator.

Although none of the film makers have made a cent from the movie, they are quick to see the bigger picture.

The film hasn’t and won’t do brand South Africa or its struggling eco-tourism industry much good. But the film makers hope that it will provide the South African government with sufficient ammunition to stand by its white paper.

The trio does not see itself as a group of wildlife campaigners but rather as story tellers who are able to give those fighting for lions a voice. With this comes a huge responsibility and, what they hope, is that Lions Bones & Bullets will be a tool that can be used to touch hearts and change minds along with wildlife laws.

They also, quite surprisingly, remain optimists. As Jasmine concludes: “My hope is that the film will be seen as the credible investigation that we aimed for and, as such, will support the current efforts to create new legislation that will turn South Africa into a model of conservation not just for the rest of the continent, but for the wider world.”