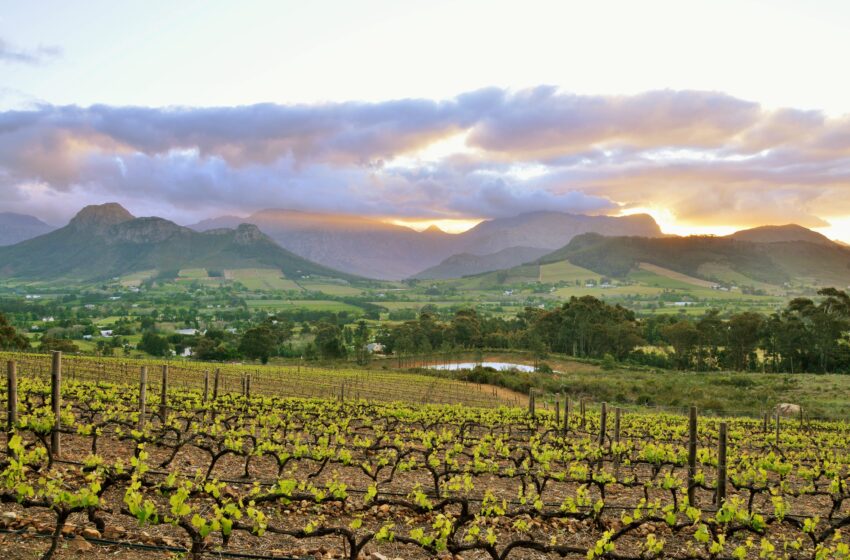 This exciting new accommodation offering complements the existing and popular vineyard suites, which together are set to take the celebrated property to new heights. 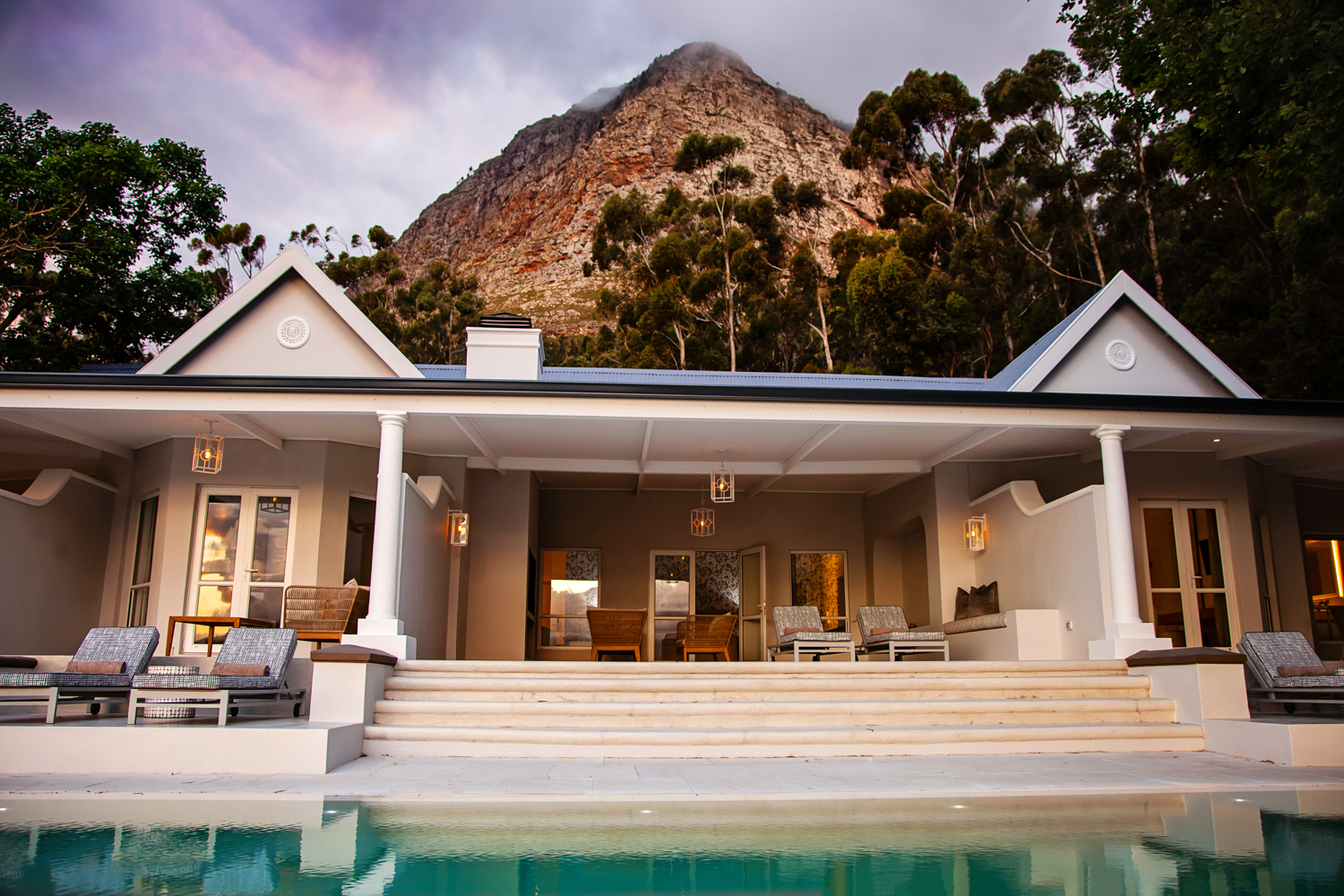 Four months of extensive renovations saw the four suites of the estate’s historic manor house on the Franschhoek Mountain being completely overhauled and the addition of a fifth suite.

“The changes have been a long time coming,” says Riaan Kruger, managing partner of The Nest Collection of which La Petite Ferme is a member. “We’re super-excited about the results and sharing them with our guests.”

The building was formerly renowned for its Cape Vernacular style in both look and feel with reed ceilings on the veranda and traditional furnishings and décor. Following the renovations, the interiors are now far more contemporary and upmarket.

The exterior, too, has undergone a complete overhaul although original style and appeal has been retained. Verandas have been re-done. The pool has been enlarged and the hard landscape, modernised. The aim has been to further concentrate the allure that comes with airy, outdoor luxury of international standard in a setting characterised by majestic mountains and vineyards.

Kruger says La Petite Ferme is a favoured destination in Franschhoek because of the property’s record of phenomenal guest experience, the location and the views. The decision to refurbish the manor suites was made to offer the same level of luxury and experience that the vineyard suites provide to its guests. “Staying relevant, adapting with the times and trends and responding to our guests needs is very important to us,” he says.

The overhaul was thorough. “The suites were basically gutted as part of the 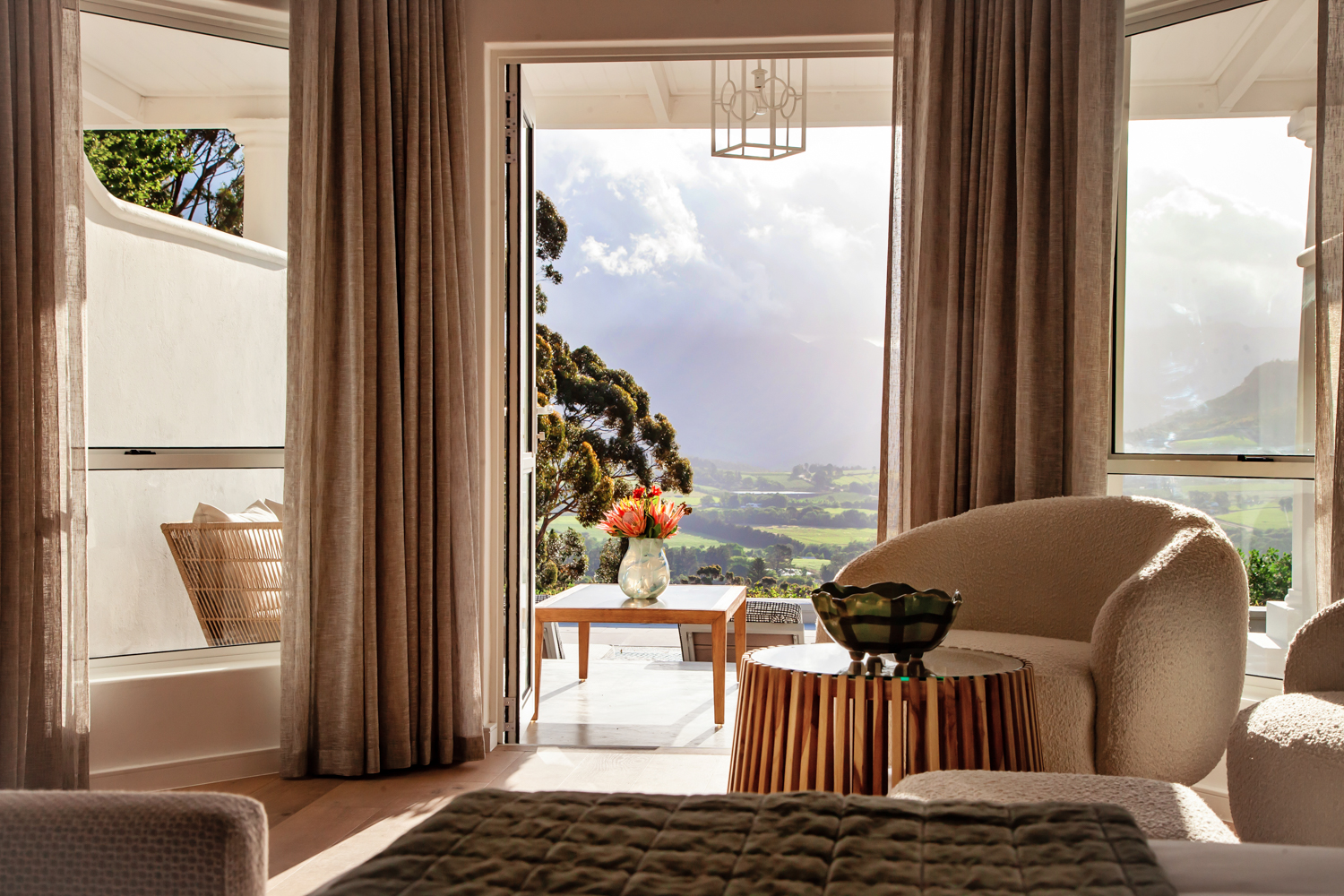 renovations, providing a blank canvas for the new look. Among the many changes made, we installed modern, crisp white ceilings, traditional window frames and doors were replaced with more modern aluminium. The flooring was redone and new state-of-the-art air-conditioning was installed.”

The bathrooms in the manor house suites received a complete makeover. New, top-end, luxury fixtures and fittings were installed.

Notably, each suite received a unique feature wall. Each suite, individually decorated in a theme from different regions of the world, has been named as a special dedication after people who have inspired the owner of La Petite Ferme.

Each suite opens onto its own private terrace. These, too, were refurbished, and some have built in daybeds and dedicated sun lounge pockets on which to relax and savour the view. The shared pool also takes advantage of the views and has been enlarged, resurfaced and modernised.

Much thought went into the new manor house suites, with all of the renovations, décor and finishings being individually selected and customised. The interior decorator, together with the owner of the hotel, did the designs for the manor house suites. He personally curated the overall look and feel.

“All the Manor Suites offer luxuries and carefully considered conveniences such as underfloor heating in the bathrooms, heated towel rails, Wi-Fi, smart televisions, under roof terraces and air-conditioning,” says Kruger.

In addition to accommodation, La Petite Ferme produces world-class hand-crafted wines and is home to an award-winning restaurant. Situated less than three minutes from the village of Franschhoek, La Petite Ferme is the perfect getaway for both summer and winter escapes. 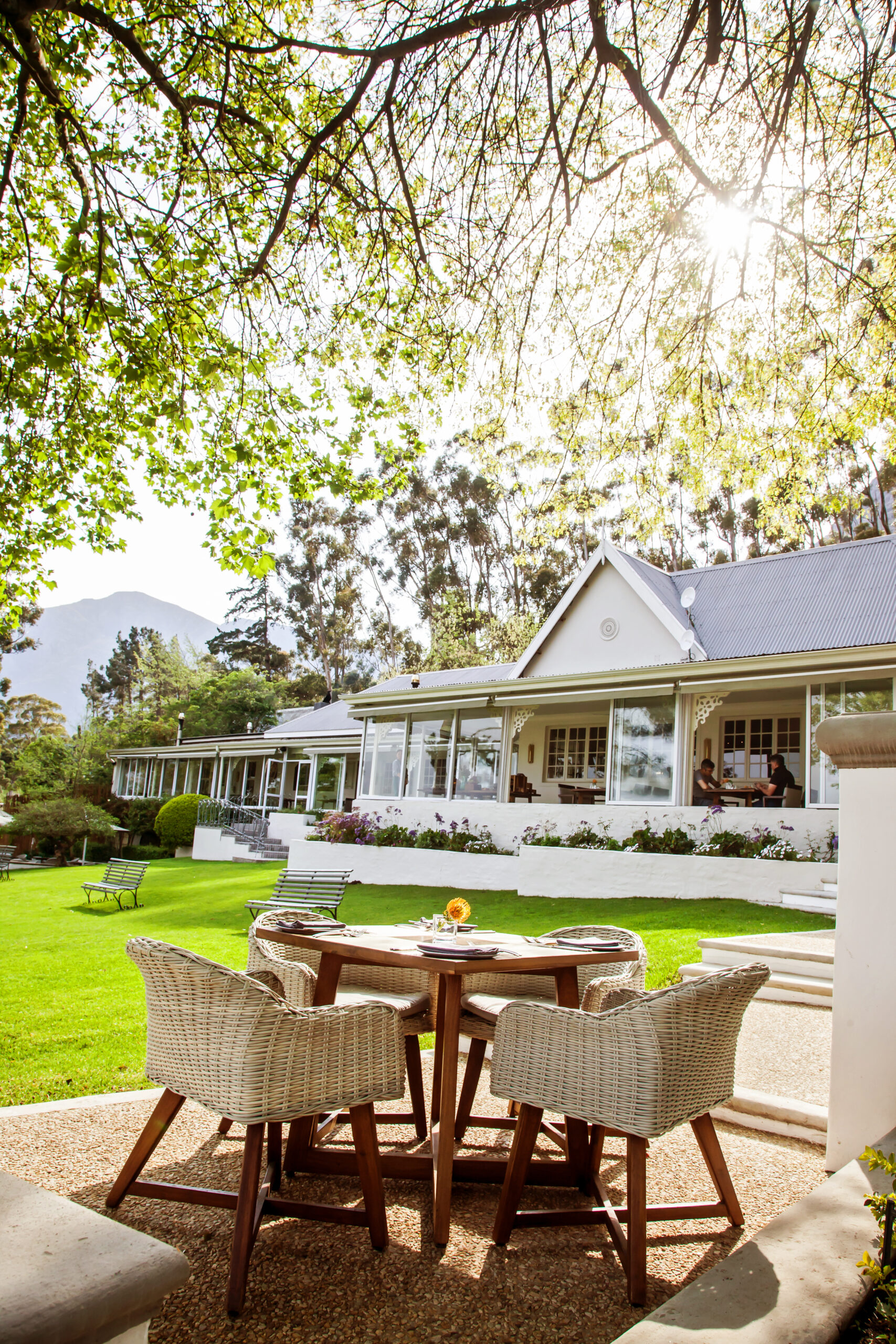