Although the 1st Quarter 2021 StatsSA residential building numbers showed some positive growth in units completed, growth in plans passed was still negative. A big growth rate in building activity is still anticipated in 2021 due to a very low 2020 base. But that may not necessarily mean a very strong 2021 level of building, says John Loos, Property Sector Strategist at FNB Commercial Property Finance.

Commenting on the release of March StatsSA building statistics for the first quarter of 2021, he noted that some had possibly expected a little more new activity in the pipeline than what the overall numbers suggested by recently strong home buying.

“The home buying surge came in response to last year’s aggressive interest rate cutting by the SARB (South African Reserve Bank). But the overall building activity numbers suggest that the Residential Development Sector may not be set to produce major “fireworks” in 2021,” he explained.

The number of residential units’ plans passed declined year-on-year by -16.57%. This comes after the negative year-on-year growth rate had been clawing its way back from a -73% year-on-year drop during the “hard lockdown” of the 2nd quarter of 2020 to near 0% by the final quarter of the year.

Residential units completed did go into mild positive year-on-year growth territory to the tune of +9.02% in the 1st quarter of 2021, but renewed decline in plans passed in the 1st quarter suggests that we shouldn’t expect strong levels of completions in the near term.

“Admittedly, other metrics of new building activity do make the building picture look mildly better than do the growth rates in the total number of units. Square metreage of plans passed was in mildly positive territory due to an increase in the average unit size of these plans,” he said.

Loos added that it was also important to emphasize that the more cyclical part of the market is seeing its building levels respond to an increase in home demand due to interest rate cuts last year.

“By the “more cyclical part of the market” we refer to total of number of units excluding the free standing (or “dwelling houses” as StatsSA calls them) homes smaller than 80 square metres. This small free standing home category represents largely the most affordable end of the market, and is not as strongly influenced by economic and interest rate cycles.

“Excluding this abovementioned category from the totals, 1st quarter numbers point to an 18.1% year-on-year growth rate in number of units’ plans passed, and a more significant 37.2% increase in the number of units completed, in the 1st quarter of 2021,” he clarified.

The decline in the total number of units plans passed, therefore, was due to a sharp -74.2% drop in the “dwelling houses smaller than 80 square metres” category (and -40.9% drop in units completed). This category is largely in the affordable housing side of the market, with an average value on plans passed of R366,000/unit

The SARB, when compiling its Composite Leading Indicator, excludes the “Dwelling Houses less than 80 square metres” category, deeming this category to be a less reliable leading business cycle indicator, the other two categories typically more correlated with the business cycle. 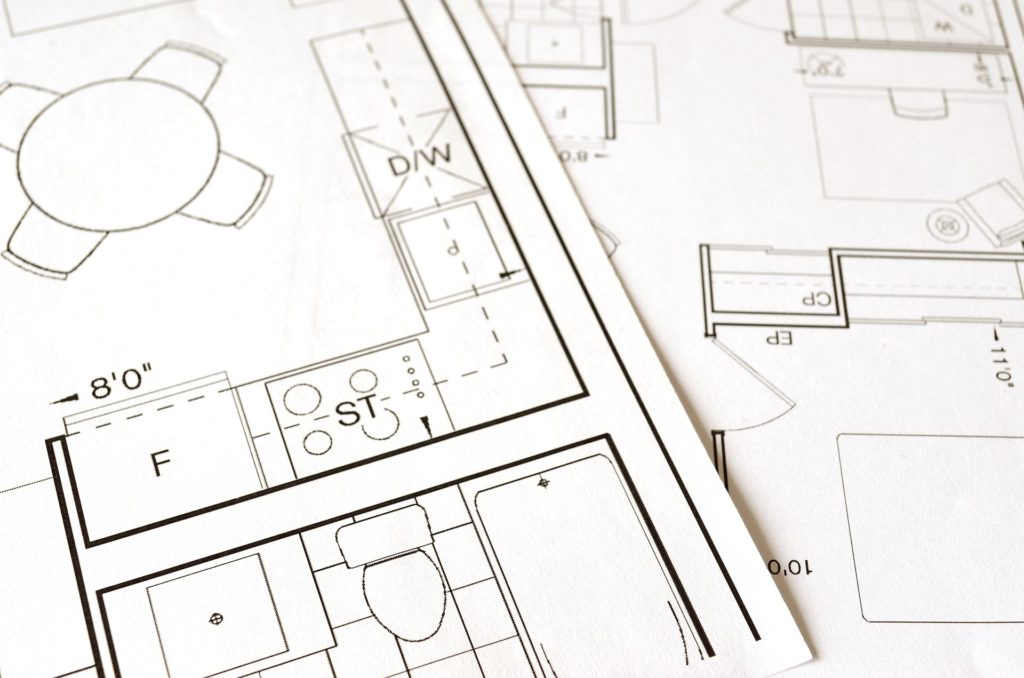 Loos remarked that this shift in the building activity away from the most affordable category towards the two higher valued segments, “flats and townhouses” with an average value at R826,000/unit for plans passed and “dwelling houses larger than 80 square metres” at R2.141m/unit, appeared to be driven by market activity which is at its strongest in the “middle segment” of the housing market.

According to the FNB Estate Agent Survey, the agents’ Market Activity Rating by area value band was at its strongest (7.2 on a scale of 1 to 10) in what it classifies as the “Middle Income Segment”, i.e. where homes are valued on average between R1.6m and R2.6m. By comparison, the most affordable segment, with an average home value below R750.000, recorded a lower 6.51 rating, so market strength appears to taper somewhat towards the more affordable end of the market.

DENSIFCATION TREND TO CONTINUE IN 2021

The 1st quarter 2021 data effectively points to the long trend towards greater living density in South Africa’s urban areas continuing, with the flats and townhouses category’s plans passed accounting for 58.2% share of total plans passed, up further from a 42.8% share in 2020.

Loos pointed out that, while the larger “dwelling houses larger than 80 square metres” category has also increased its share of plans passed slightly in 2021 to date, this was a short term increase at best and unlikely to become a trend in such a financially pressured economy, given their relatively high average value.

The shift away from the smallest and most affordable of StatsSA’s 3 building categories has translated into an increase in the average size of units plans passed recently.

We wouldn’t expect this rise to be sustained for much longer, though, because it is in part driven by growth in plans in the larger free standing homes category, which we believe will be short lived due to affordability limitations.”

We wouldn’t expect this rise to be sustained for much longer, though, because it is in part driven by growth in plans in the larger free standing homes category, which we believe will be short lived due to affordability limitations.”

“We are almost certain to see a massive year-on-year growth surge in building plans past and completed in the coming months, due to the extremely low base created by 2020 hard lockdowns that took place in the 2nd quarter of last year. During that time, there was very little activity recorded at all, so year-on-year growth in plans passed and completions during the coming months could reach percentages in the hundreds and possibly even thousands. But these would be meaningless, really, merely reflecting last year’s extremely low base effect,” Loos cautioned

After last year’s total decline of -46.7% in the number of residential units completed, he said his division projected a very strong positive growth rate of +80% for the entire 2021. However, that would not translate into a strong level of completions by historic standards, being insufficient to bring the number of completions back to pre-COVID19 2019 levels. This expectation of only “partial recovery” back to pre-COVID-19 levels was based on still-significant underlying weaknesses in the economy and the residential market.

He noted that the housing market’s underlying “fundamentals” were perhaps not as strong as would appear.

“Admittedly, recent home buying demand has been strong, and the home owner market appears to have been moving back into demand-supply balance, with some possible shortages of stock in places.”

This is perhaps best reflected in the FNB Estate Agent Survey’s estimated average time of homes on the market prior to sale, which has shortened from 17 weeks and 6 days as at mid-2018 to only 8 weeks and 2 days by the 1st quarter of 2021.

However, this strengthening in the market appears largely to have been led by last year’s 300 basis points’ worth of interest rate cuts by the SARB, driving the cost of mortgage borrowing down sharply.”

According to Loos, all the while, the household sector financial situation actually remains fragile at best. “Real Household Sector Disposable Income growth had been slowing for some years as the economy stagnated from around 2012, and then took a big knock during the 2020 lockdown recession. Its worst quarter of decline was the -15.8% year-on-year drop in the 2nd quarter of 2020, and by the final quarter it was still showing decline of -4.8%.”

He said that equated to a severely pressured environment with the only thing partly masking the pressure in the housing market being low interest rates.

Loos said the picture in the rental market was significantly weaker than that in the home buying market. This was not conducive to strong levels of new development activity.

“Therefore, while the development sector will be looking for development opportunities, especially to repurpose much vacant office space into residential apartments in and around certain major business nodes such as those in Northern Johannesburg, the scope for such development may prove to be limited in a financially constrained environment, with residential rental vacancies already very significant.”

Loos concluded that a very strong building completions growth rate in 2021 was thus expected to reflect 2020’s low base effect, rather than a move back to strong actual levels of activity.