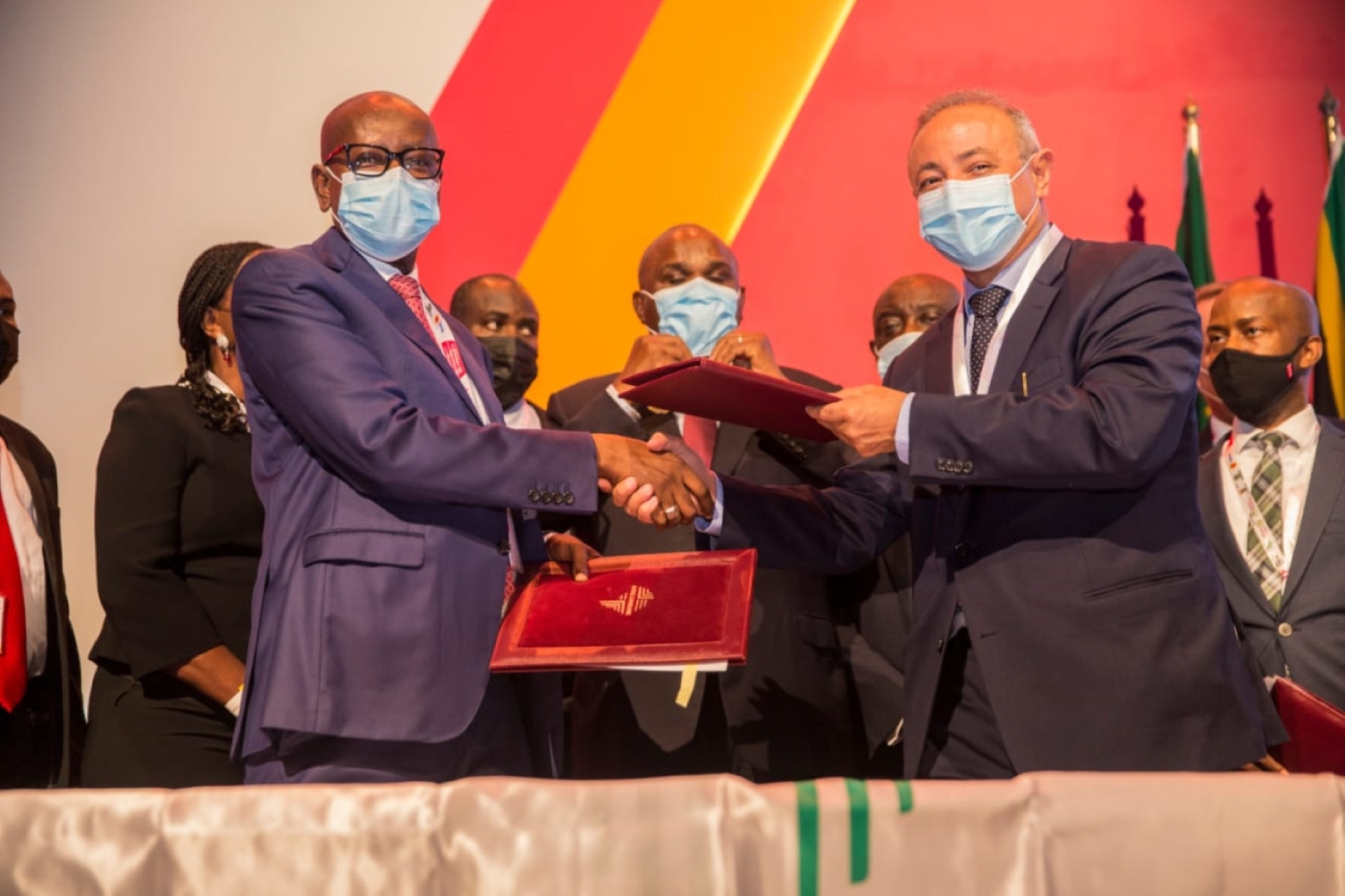 Deals worth at least $42.16-billion were recorded at the Intra Africa Trade Fair (IATF 2021) themed, “Building Bridges for a successful AfCFTA”, which took place at the Durban ICC from 15 to 21 November.

This record value of trade and investment deals was the outcome of more than 500 business deals concluded during the rich and varied seven day programme of business-to-business, business-to-government and government-to-government exchanges, exhibitions, trade and investment conference sessions, as well as other verticals, such as the Creative Africa Nexus (CANEX) programme, the IATF Automotive Show and the African Union’s Youth Start-Up programme.

IATF 2021 thus surpassed its pre-set target of US$40 billion in trade and investment deals, going well beyond the US$32 billion in transactions closed at the first edition in Cairo, Egypt in 2018.

The event was concluded with an important collective commitment was made to ensuring that the economic stimulation from the trade fair translated into the continued strengthening of the African Continental Free Trade Area (AfCFTA).

Another major development was an agreement to establish an African Sub Sovereign Governments Network with Afreximbank committing US$250 million as seed capital.

Finance deals included import/export, aviation, energy sectors, and entertainment as well as expressions of interest for financial backing and smart connectivity as well as support for disaster risk financing on the continent.

Nigeria, the largest oil-producing country in Africa, garnered at least US$ 2,674billion in oil and gas deals with Afreximbank.

The largest of these was a US$1.04 billion facility with the National Nigerian Petroleum Company (NNPC) to finance the exploration of petroleum. It is underpinned a forward sale agreement and offtake contracts from the NNPC to deliver 35,000 barrels of crude oil per day. This project is expected to boost tax revenues and foreign currency receipts, create thousands of jobs in the oil and gas refining value chain, adding more than US$2.4 billion to the country’s economy.

Bestaf Exploration and Production signed a US$ 1 billion Memorandum of Understanding with the Bank to develop assets and the necessary facilities to monetise the gas offtake in two oil mining leases in the shallow waters in the central Niger Delta, in agreement with the NNPC.

Mars, an oil and gas exploration and production company signed a US$ 274 million agreement with Afreximbank to fund growth and expansion opportunities among other things.

Other agreements include US$250 million debt financing for Blue Horn Aviation and Logistics for their bid to manage three Nigerian Airports and, a US$50 partnership agreement between Nigerian film distributor and cinema owning Silverbird Group and South African film producer and distributor AAA Entertainment to develop African feature films on the continent.

Despite a bumpy start to the trade fair as delegates and VIP’s queued for hours, in some cases days, for accreditation, the KwaZulu-Natal government was praised for hosting a successful event that exceeded a expectations and surpassed targets set against the inaugural IATF held in Cairo, Egypt in 2018. The event came together with only four months’ notice.

Chief Olusegun Obasanjo, Chairman of the IATF 2021 Advisory Council and former president of the Federal Republic of Nigeria, expressed his gratitude to the KwaZulu-Natal province for successfully hosting IATF 202, and fully bringing the vision of the AfCFTA to life in a tangible and measurable way.

“It is no mean feat to have secured seven sitting presidents for the opening ceremony who stayed for hours during the entire programme,” he said.

Most importantly, the IATF 2021 led to the strengthening of some of the relationships between governments and between businesses from various parts of the continent.  This alone will contribute to efforts of achieving an economically integrated continent.

Wamkele Mene, secretary general of the AfCFTA Secretariat, complimented Afreximbank’s efforts in empowering and supporting free trade in the continent, saying the Bank had, in the past two years pumped in close to US$25 Billion towards financing trade engagements ithin the Continent.

Not a single country in Africa will be able to compete globally alone, hence African countries must just integrate the market, something that has been evaded Africa from 1963 when our forefathers hatched African Unity,” said Mene.

Speaking on behalf of the Premier of KwaZulu-Natal Sihle Zikala, MEC for Economic Development, Tourism and Environmental Affairs, Ravi Pillay underscored the need for the prioritisation of Africa’s industrialisation process. “It is important that we trade in products we have made – how can we be proud to trade in goods that were made elsewhere?” he asked.

On the topic of Africa’s willingness to adjust, Pillay said that the IATF 2021 had been a great demonstration of the combined political will towards supporting the AfCFTA.

IATF 2023 will be held in Abidjan, Côte d’Ivoire. Prof. Benedict Oramah, President of Afreximbank, indicated that the road to Abidjan would commence immediately with the launch of the IATF 2023 website registration portal, which is now live. “We will overcome the challenges we experienced with IATF 2021 and leverage the progress of the AfCFTA over the coming two years to make IATF 2023 an even more resounding success,” said Oramah.