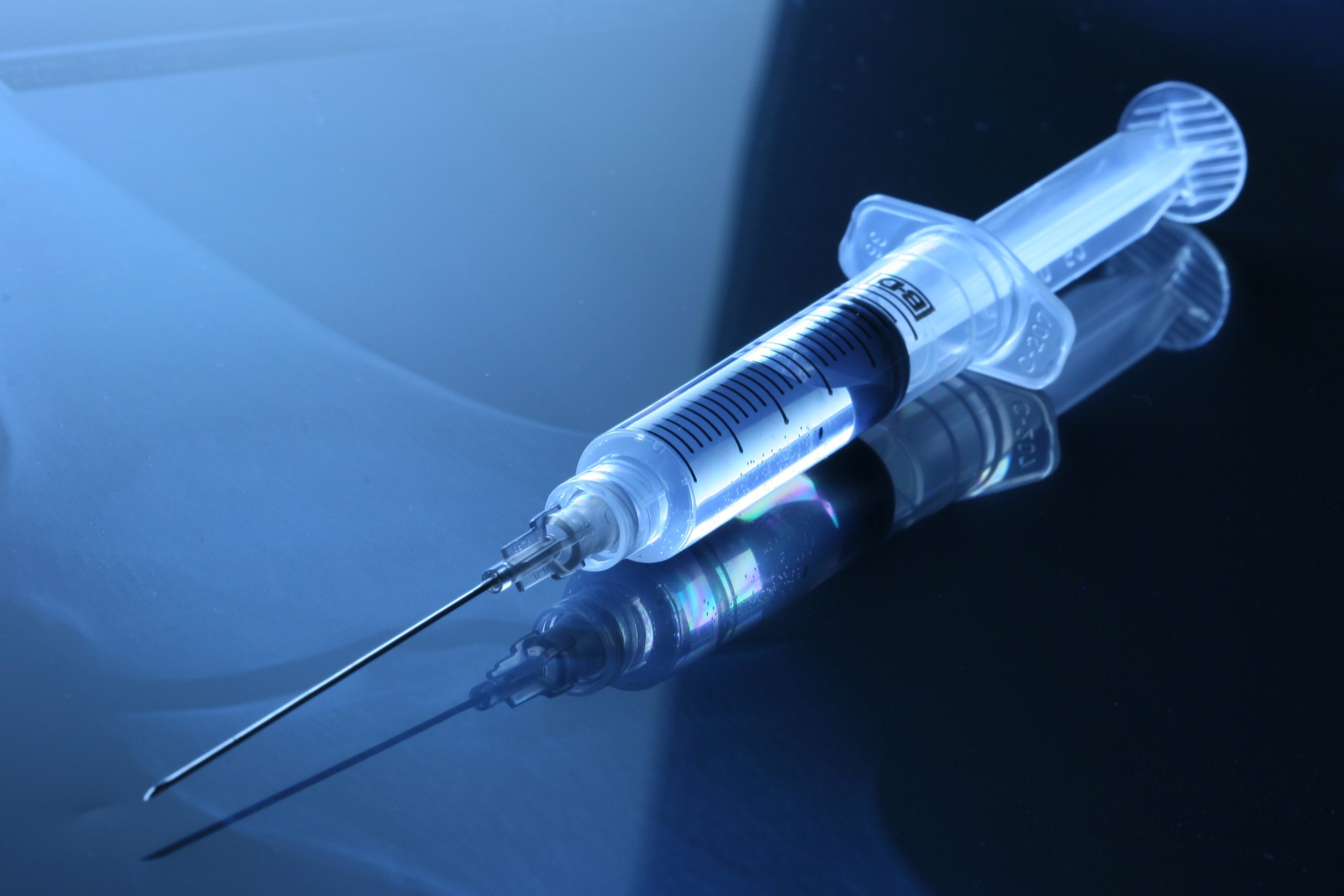 “South Africa cannot afford another procurement fiasco akin to that which characterised the purchase of personal protective equipment. It massively reduced the last vestiges of public trust in government at precisely the moment when it is necessary for government and the public to work together,” said David Lewis, executive director of independent civil society organisation, Corruption Watch.

David was addressing concerns about the threat of corruption when it came to the procurement and distribution of Covid-19 vaccines in South Africa – something that is hovering in the background given the widely reported corruption that erupted during the procurement of PPEs as well as the heated debate around whether government is even capable of delivering sufficient vaccines for South Africa.

What followed was an exchange of letters between National Treasury and Corruption Watch (CW).

In it’s missive to government, CW highlighted what it saw to be areas of primary concern, namely the urgent need to save lives through timeous administration of the vaccine and the public finance and governance aspects that allow for transparency and public disclosure.

The questions posed related not only to transparency in procurement, but also to issues of oversight, transport, storage and distribution of vaccines in possibly the largest public health roll-out in the country’s history.

In its original letter to government, CW noted:

This important watchdog organisation went on to explain: “Vaccine that is well-suited to the South African context needs to be secured at a cost effective price so that the available budget is used in a manner that sees health professionals and frontline workers being protected and as many residents as possible of South Africa, at all levels of society, receiving the vaccine.”

In short, sound business sense must prevail even during a crisis.

CW pointed out that corruption in the process of procuring PPE, provision of poor-quality PPE and poor implementation had, in some of the worst and most unacceptable cases, resulted in healthcare professionals being left without PPE and succumbing to COVID-19. 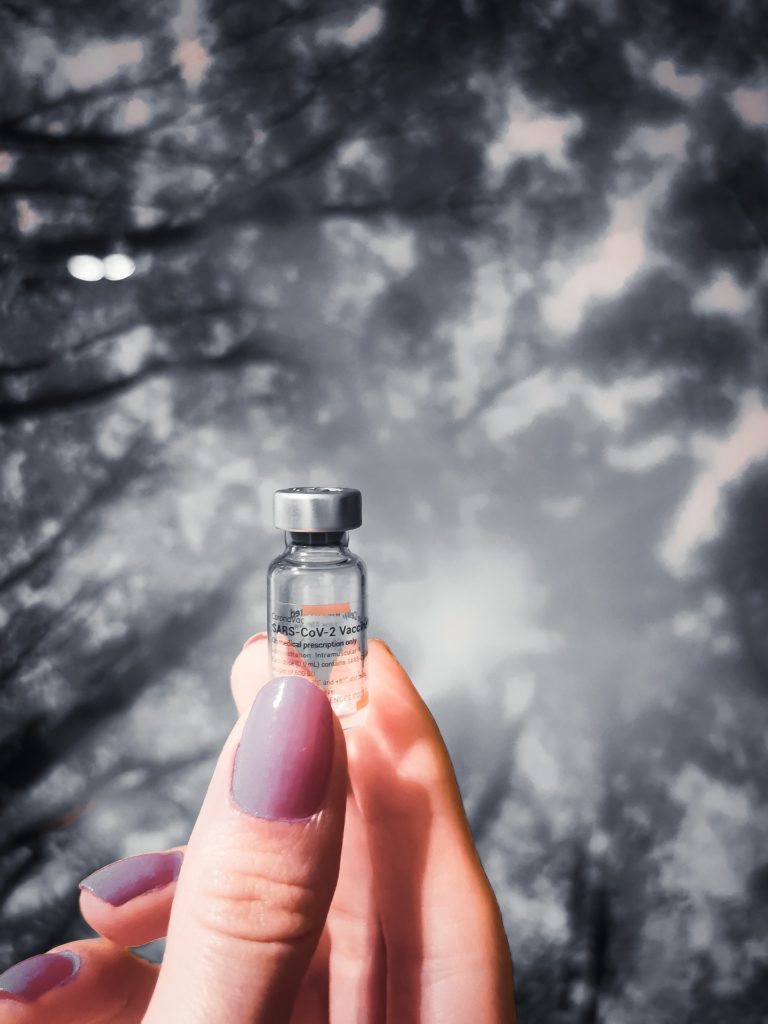 Their lives were sacrificed unnecessarily. We are therefore concerned that there should not be a repeat when it comes to vaccine,” the letter warned before asking specific questions about the actual process and then concluding with a valid warning: “The best way to deal with corruption is to prevent it before it happens, but weak internal controls and a lack of transparency do not support that.”

It was a pleasant surprise when National Treasury director-general, Dondo Mogajane, replied to CW’s detailed questionnaire and, although not all of the organisation’s questions were answered, provided some reassurance that government may just have learnt from its past mistakes.

Included in this was the reassurance that government had already entered into a binding purchase agreement with the Gavi Alliance, a global public private sector healthcare partnership, to access the vaccine through the COVAX facility.

This comes with a hefty price tag of R2,2-billion with the Solidarity Fund stepping forward and providing the upfront payment of 15% of the total cost.

These vaccines will reach South Africa during the second quarter of 2021. Meanwhile, government is also negotiating directly with vaccine manufacturers to explore the possibility of purchasing additional vaccines directly from them.

DEVIATING FROM THE NORM

David said that CW welcomed the detailed response received from National Treasury in which the department laid out aspects of the vaccine procurement plan and measures already put in place to address some of the corruption risks.

CW issued a public statement noting that it appreciated the transparency shown regarding the agreements drawn up with Covax Facility, the Serum Institute of India and the donation from the Solidarity Fund.

Concerns that remain, however, centre on the planned deviations from procurement processes acknowledged by the director general when it comes to the purchase of vaccines from Pfizer, AstraZeneca, Moderna, and Johnson and Johnson.

In its public response, CW noted NT’s disclosure that the Department of Health had also applied for deviation from procurement process for the transport, storage and distribution of Covid-19 vaccines.

“Procurement associated with the rollout of the vaccine is an area that will require special scrutiny to ensure we do not see a repeat of the PPE procurement debacle,” warned Karam Singh, the organisation’s head of Legal and Investigations.

CW is pleased that the Auditor-General will be involved in oversight of the use of public money for vaccine procurement. The organisation will also continue to urge the Department of Health to place the requests for proposals and contracts, as well as the items that will be subject to non-disclosure agreements, in the public domain.

But CW said it was concerned that the six-month period already agreed on might not be long enough for complete vaccine rollout, given the scale of the pandemic in South Africa. If and when the contracts will have to be extended, this will entail further deviations from the current special procurement arrangements, thus making the process vulnerable to potential corruption.

While CW appreciates that there is one sole purchaser – the Department of Health – which facilitates carrying out oversight, the roles within the oversight function are not clearly defined, nor is the action plan explained in such detail that all stakeholders can understand it for effective implementation. 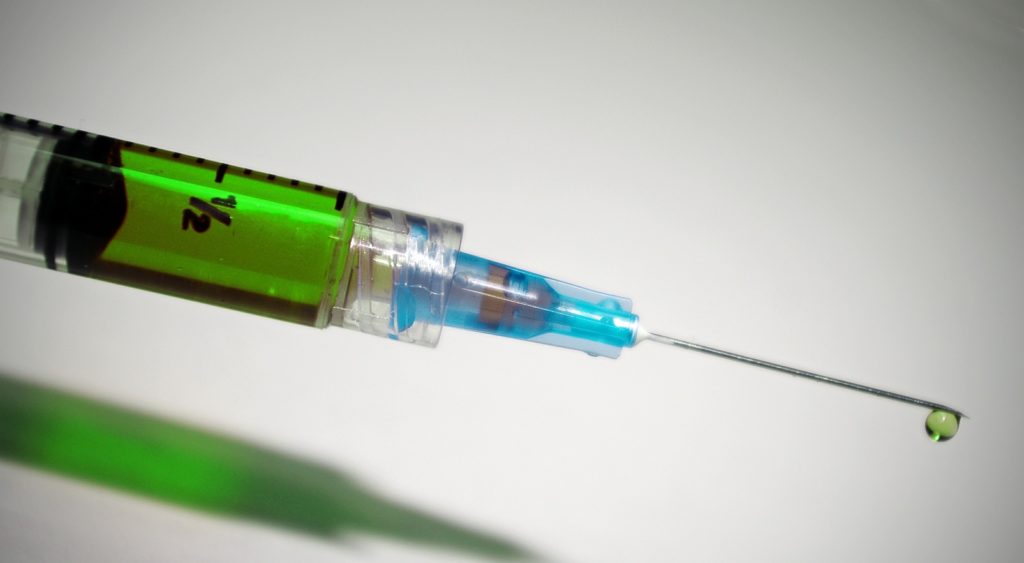 Although, in the early days of the pandemic, much was said about the possibility of South Africa both developing and manufacturing a Covid-19 vaccine – an important opportunity in an economy hungry for investment and a logical progression from government’s outspoken promise to grow the pharmaceutical sector as a job creator in past years – this has not materialised.

According to a recently published story from The Conversation – which was re-published by the SABC – the crux is that this country simply does not have enough capacity to be self-sufficient given the massive need for vaccines in South Africa.

As it was explained, vaccines are produced by private companies who sell them under contracts. In some cases, producers will make provisions for access in particular markets. This is sometimes as a condition for receiving early development funding or for allowing parts of production to occur in a particular country. Some middle-income countries, including India, Argentina and Mexico, had the foresight to use this to their advantage years ago.

For example, Serum Institute of India, a privately owned pharmaceutical company, is manufacturing large quantities of the University of Oxford/AstraZeneca and Novavax COVID-19 vaccines. The company is scheduled to reach 100 million doses per month by March 2021. In return, India will keep a portion of the vaccines it manufactures – reportedly 100 million doses.

It is here that South Africa has definitely dropped a ball as it saw the opportunity when it came to vaccine manufacture a few years ago but failed to fully develop it.

A government partnership with the private sector in 2003 created the Biovac Institute but more with a view to developing much needed childhood vaccine supplies and not a massive turn out of Covid-19 vaccines.

JSE-listed Aspen Holdings, which operates four pharmaceutical manufacturing and packaging plants in South Africa as well as others across the world, has risen to the challenge to a limited degree.

Aspen Pharmacare will perform formulation, filling and secondary packaging of the vaccine for supply to Johnson & Johnson at its Port Elizabeth plant.

“We have invested globally in our sterile capability and are determined to play a role in the manufacture of vaccines to add to our proud track record of making contributions to humanity in times of global pandemics. This has included, inter alia, being a leading global supplier for antiretrovirals for the treatment of HIV/AIDS, multi-drug-resistant-TB products and COVID-19-related treatments such as anaesthetics and dexamethasone. We have been selected as a vaccine partner by Johnson & Johnson and this project will receive priority focus. We are particularly pleased to be given the opportunity of providing assistance for patients in need across the world from our South African base.”

Aspen has invested in excess of R3 billion in the facility together with the high technology equipment and systems that will be used to manufacture state-of-the-art sterile drugs and vaccines, packaged into vials, ampoules and pre-filled syringes. The production area where it is intended that the vaccine candidates will be manufactured has capacity to produce more than 300 million doses per annum. The facility has accreditation from a range of international regulatory authorities and provides lifesaving medicines to both the domestic and international markets.

At the time of this announcement, Stephen Saad, Aspen Group Chief Executive said: “We have invested globally in our sterile capability and are determined to play a role in the manufacture of vaccines to add to our proud track record of making contributions to humanity in times of global pandemics. This has included, inter alia, being a leading global supplier for antiretrovirals for the treatment of HIV/AIDS, multi-drug-resistant-TB products and COVID-19-related treatments such as anaesthetics and dexamethasone. We have been selected as a vaccine partner by Johnson & Johnson and this project will receive priority focus. We are particularly pleased to be given the opportunity of providing assistance for patients in need across the world from our South African base.”

Our simple message to government is that maximum transparency and tight oversight will forestall another disastrous, corrupted procurement experience.” DAVID LEWIS

However, if South Africa is serious about supplying anti-pandemic vaccines in the future, it needs to rethink the scale of financial, technical and strategic investment into vaccine production – a point highlighted in the story published by The Conversation:

“This investment must be made not only into the private sector, but also, critically, into publicly accountable institutions such as the Biovac Institute. Only if investment is increased, sustained and backed by political commitment will the country have sufficient vaccine production capacity to use as a lever to get national and regional access to future anti-pandemic vaccines,” it said.

So the opportunities are there both to help South Africans in the immediate future and to provide a source of income and investment in the long term.

But the most powerful message remains a disturbingly similar one to the advice given when it comes to preventing the spread of Covid-19 in the first place – government officials need to keep their hands clean. In effect, good corporate governance and integrity have to become the central ingredients in another vaccine to guard against the other pandemic that has swept across South Africa – corruption.