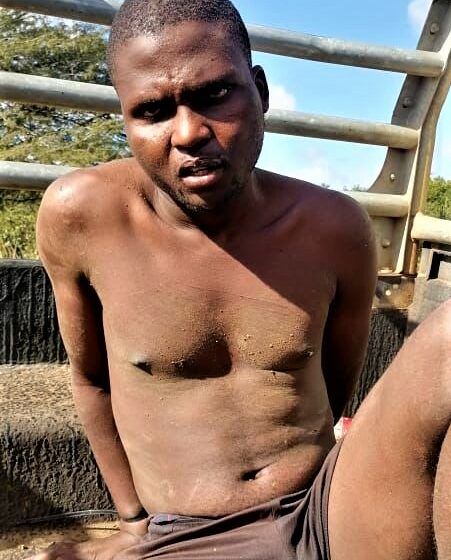 The face of a poacher - Vusi Mdluli shortly after his arrest for poaching in the HiP.

Poachers 5, rhinos 123 … the numbers still do not add up but Ezemvelo is fighting back and recenlty made some arrests

Ezemvelo KZN Wildlife (Ezemvelo) is making progress with the arrest of three poachers inside the Hluhluwe iMfolozi Park (HiP) last week as well as the appointment of a new – and long overdue – board of directors.

This follows a barrage of criticism after it was reported that 209 rhinos had been poached in KZN parks during the first five months of 2022. This was coupled with a

refusal by both provincial premier Sihle Zikalala and MEC for Economic Development Tourism and Environmental Affairs (EDTEA), Ravi Pillay, to release a report that was tasked with looking into the province’s anti-poaching measures at the end of 2016.

Ezemvelo’s latest communication this weekend indicated that, to date, 123 rhinos had actually been slaughtered in both public and private game reserves in the province.

It also indicated that KZN’s flagship park, HiP had been under siege since the beginning of 2022. It said that, at times, the park and its under resourced poaching unit had had to deal with three to five different groups of poachers entering at more or less the same time. 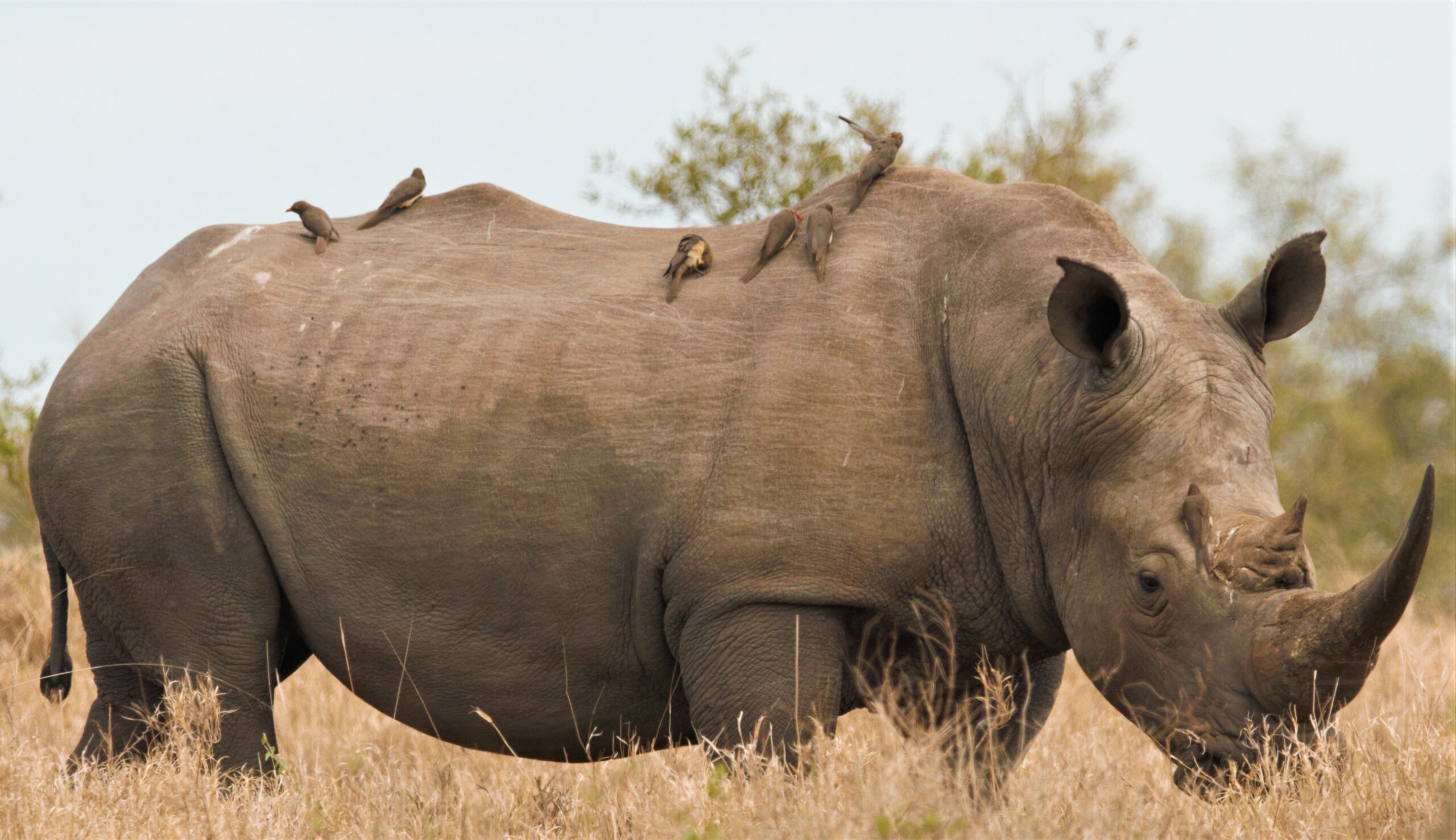 The good news, though, was an announcement that Ezemvelo is at last fighting back with would-be poachers were arrested on different days last week. This brings the number of poachers arrested inside HiP in 2022 to five.

In both incidents, the suspects were arrested before they could kill a rhino.

Ezemvelo reported that, during the first incident, Vusi Mdluli from the Mfekayi area in Mtubatuba was arrested on Monday, June 6.

He was picked up by the Ezemvelo camera and the field rangers, assisted by the K9 unit, were deployed to track him.

When he saw a chopper, he decided to run and took off his t-shirt in an attempt to blend with the bush. Unfortunately, the dogs had already seen him and reached him before he could implement his escape plan. It is apparently common for poachers to try to hide from the Ezemvelo chopper by removing their clothes.

He appeared in Hlabisa Court on Tuesday.

In another incident on Wednesday, June 8, two more poachers were arrested with the assistance of the K9 unit.

They had recently traveled from Mpumalanga province and were staying in a house that is just a stone’s throw away from HiP. The proximity of the house to the park provided the two with a vantage point from which to observe everything that was going on inside the park.

They were not only able to monitor the field rangers on foot patrol, but were also able to scan the movement of rhinos inside the park.

Ezemvelo field rangers who were on the early morning foot patrol noticed footprints and decided to call the Ezemvelo K9 unit.  The K9 unit began to follow the tracks which led them near to where the suspects were hiding.

Unfortunately, the suspects had heard the rangers approaching and decided to run in different directions. They left behind a bag and a few of their items on the ground. They however managed to run with their .375 rifle.

A decision was immediately taken to call for a chopper and additional assistance from Wildlife College’s K9 unit. The Wildlife College K9 unit is currently providing training to the Ezemvelo K9 unit at HiP. The two suspects – Sizwe Tivane and Samkele Sithole – both from Mpumalanga province were arrested in the afternoon. They were found with a .375 rifle.

They appeared in court on Friday, June 10 and their case was postponed to Monday, June 12.

“Our improved and random deployment of field rangers, as well as the presence of SAPS inside HiP has made it difficult for would-be poachers to fully understand our movements. The K9 Unit is also proving to be a welcome addition to our fight against rhino poachers. I trust that these recent arrests will provide us with enough information to make more arrests.” Ezemvelo acting CEO, Ntsikelelo Dlulane said.

These reports come on the back of this month’s announcement by MEC Ravi Pillay that a new board has been appointed.

The Ezemvelo Board was suspended in April 2020 amid allegations of mismanagement. Forensic auditors were brought in to get to the bottom of what was happening at the country’s oldest wildlife entity which has a budget of around R1.1-billion and manages 80 game reserves including the HiP and two World Heritage sites.

Over the past two years, critics of Ezemvelo have accused the state-owned entity of operating under a veil of secrecy with practically no firm leadership. CEO Ntsikelelo Dlulane continues to operate in an acting capacity.

Pillay said that he was confident that the chairperson of the new board came with a pedigree that would help right the operation. She is Lydia Johnson, the former MEC for Agriculture who, during her term, became very familiar with Ezemvelo- KZN Wildlife. She also served as a Speaker of the KZN Legislature and brings with her a historic pedigree of discipline and commitment to good governance as well as the cause of conservation, according to Pillay.

She will be backed by deputy chairperson, Iain C Ewing, who is a committed conservationist. Interestingly, he resigned from the original board four months before it was disbanded, citing disturbing anomalies and the withholding of information as the reasons for his exit.

Ewing worked under Dr Ian Player in the Ian Player Magqubu Ntombela Foundation. He serves on several other charitable trusts and has also chaired the Wilderness Leadership School. He has a deep connection with rural communities, especially those adjoining conservation parks and is also a businessman in the financial sector.

Pillay said he brings special passion and skill to the position and would help achieve the objectives of Ezemvelo KZN Wildlife.

He said the Board’s immediate task would be to stabilize the organisation through visible leadership, instil a new discipline and work ethic and, crucially, implement sound and prudent financial management.

“The entity has a budget of approximately R 1.1 billion. Used effectively, this budget can have a visible impact within a period of two years. Other priorities will be the rehabilitation and maintenance of infrastructure, the commercialization of selected facilities, the fight against rhino poaching and general tourism product development and marketing,” he said.