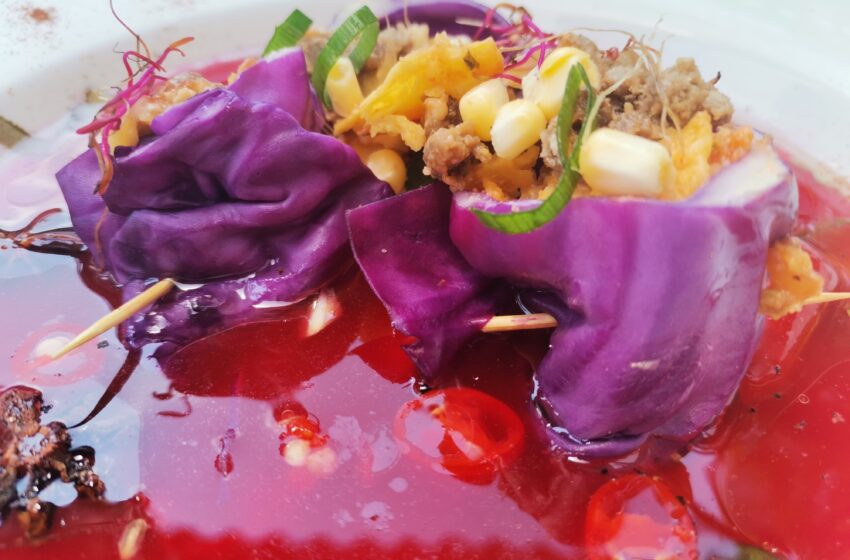 The most common phrase used in 2021 is “can I tap”? The most popular Apps both last year and this year are probably take-out food apps. That’s simply because lockdown had us ordering in and we soon discovered that it was far easier to press a button than cook a meal.

The end result, is that many of my foodie friends have gotten a little bored with the same old take-out. The next step was to spike their rather bland meals with, you’ve guessed it, chilli sauce.

We all know that hot is sexy, right? The person who can take the heat is the hero. I’m not too sure if that is just a case of completely bamboozling one’s taste buds or really adding some zing to a dish. 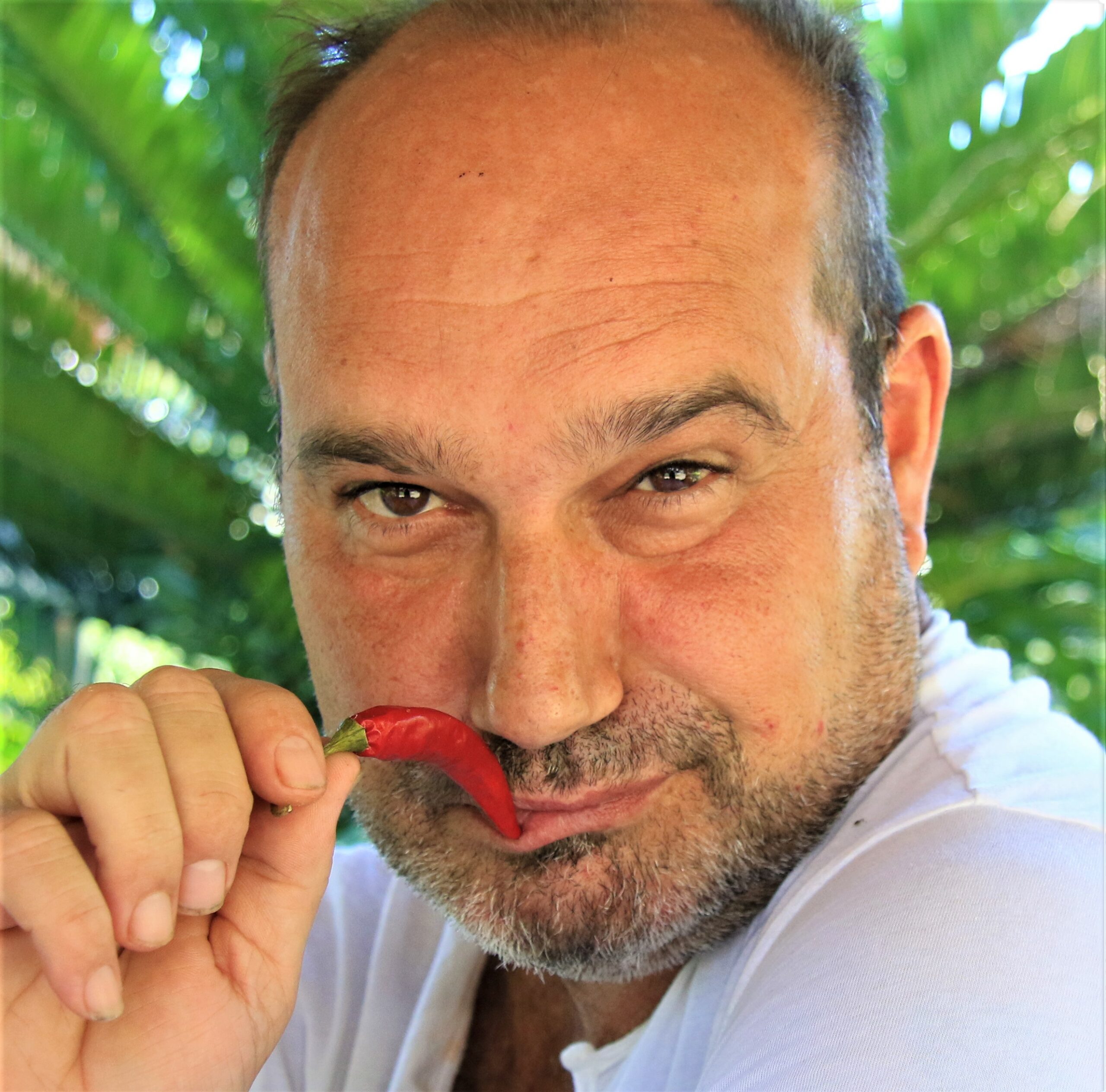 One thing is certain though, chilli is one of the most versatile flavourants and, when used with the right touch, can add a lot more to a dish than fire. Chillies are a great way of adding a little zing to otherwise seemingly bland healthy foods, making fibre rich nutritious foods appeal even to those whose palettes have been completely desensitised by fast foods.

Those who know their chillies know that they actually have different taste profiles – the Aji Lemon which is also known as the Lemon Drop chilli – lives up to its name by adding a spicy, citrus-like flavour to dishes.

Then there’s the better known Piri Piri – South Africanised into Peri Peri – and a classic when it comes to Portuguese cookery. Also known as the Bird’s Eye Chilli, this little guy can pack a punch.

What is also certain is that chillies are so versatile that they have been teamed with almost anything and almost every cuisine, especially Thai, Mexican and even American if there is such a thing!

Fresh chillies are always best for flavour and nutrients. But they are annual plants, so may not be available all year round. Some options to having chillies on hand anytime of the year is to dry them and grind them down into a power. You could buy them fresh, dry them in the oven and store them whole or even freeze them.  Another way to have chillies on hand all year round is to buy or make your own chilli sauce or preserve. That way, it can be as mild or as hot as you like it.

Chillies are even used in desserts like chocolate mousse – chilli chocolate being a very popular combination. I am wondering if it’s the thrill of the burn and then the soothing of the cream/milk in the chocolate, which would be the same for chilli ice cream. You can add them to sweet pies, tiramisu and cupcakes. All you need is imagination.

Chillies can be chopped up raw and added to various side dishes like sambals. Toss them into salads, place a few whole chillies alongside cheese platters, throw them sliced over potatoes, sprinkle them over nachos, hamburgers, pizzas and hotdogs. These are just a few suggestions. And let’s not leave out jalapeno poppers – the burn with the melted cheese exploding in your mouth. Plus, the ever popular chilli con carne, various curries with or without meat … the list is endless.

Some chilli classics are included in the recipes below. 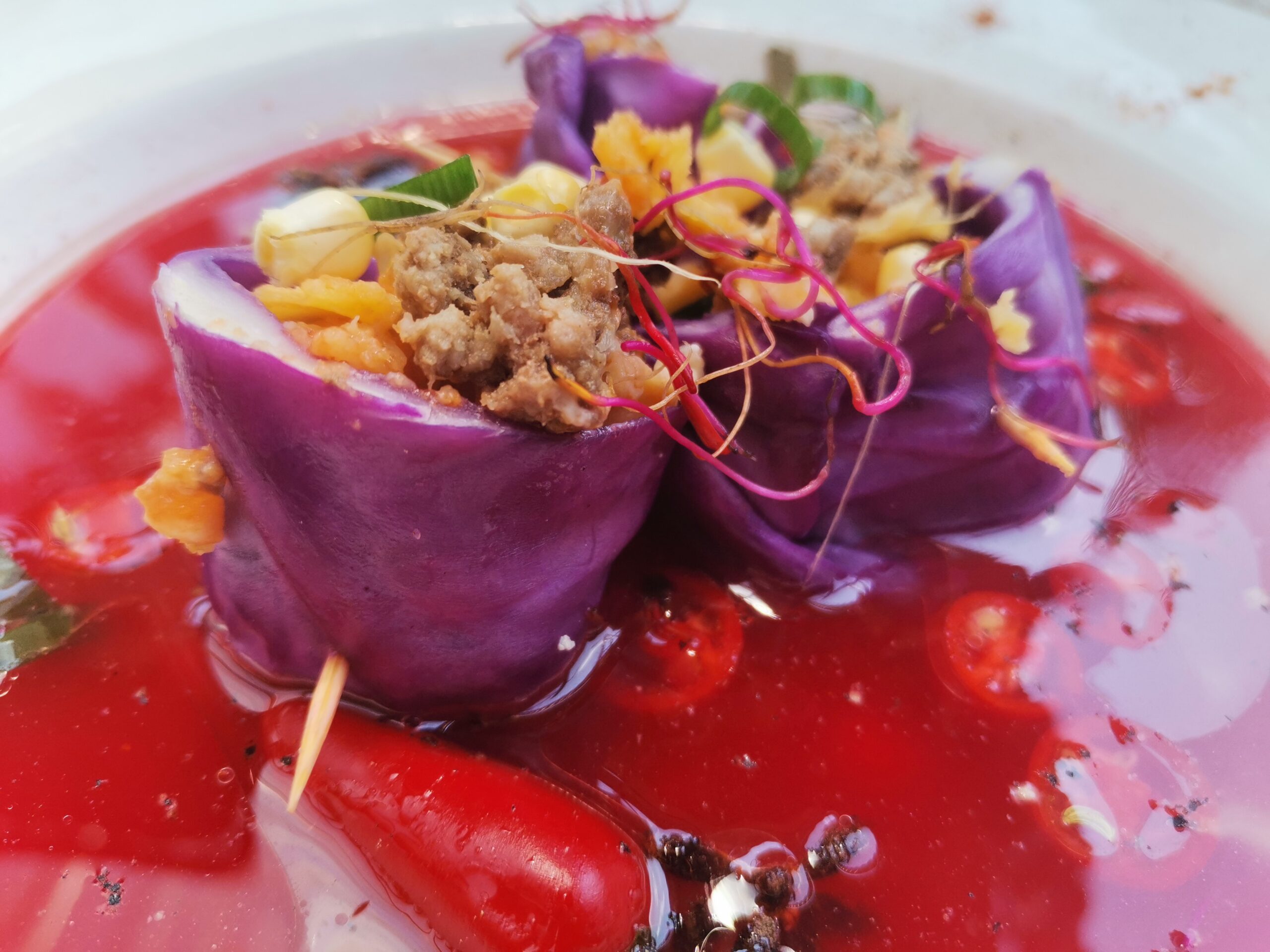 Others are little more off-the-cuff. As a hands on chef, spontaneity is a key ingredient and I try to invent new colourful and adventurous dishes each day. With our team debating the pros and cons of the so-called new chilli craze, I started out by adding a little zing to a few left overs from another cook off.

Having made some chilli con carne for dinner after discovering some cabbage in the fringe, I concocted a dish that is sure to set your taste buds alight. Just a warning though – this baby can burn! Note the emoji.

As a base, I made a red wine, cherry liqueur reduction and added some hot chilli oil. 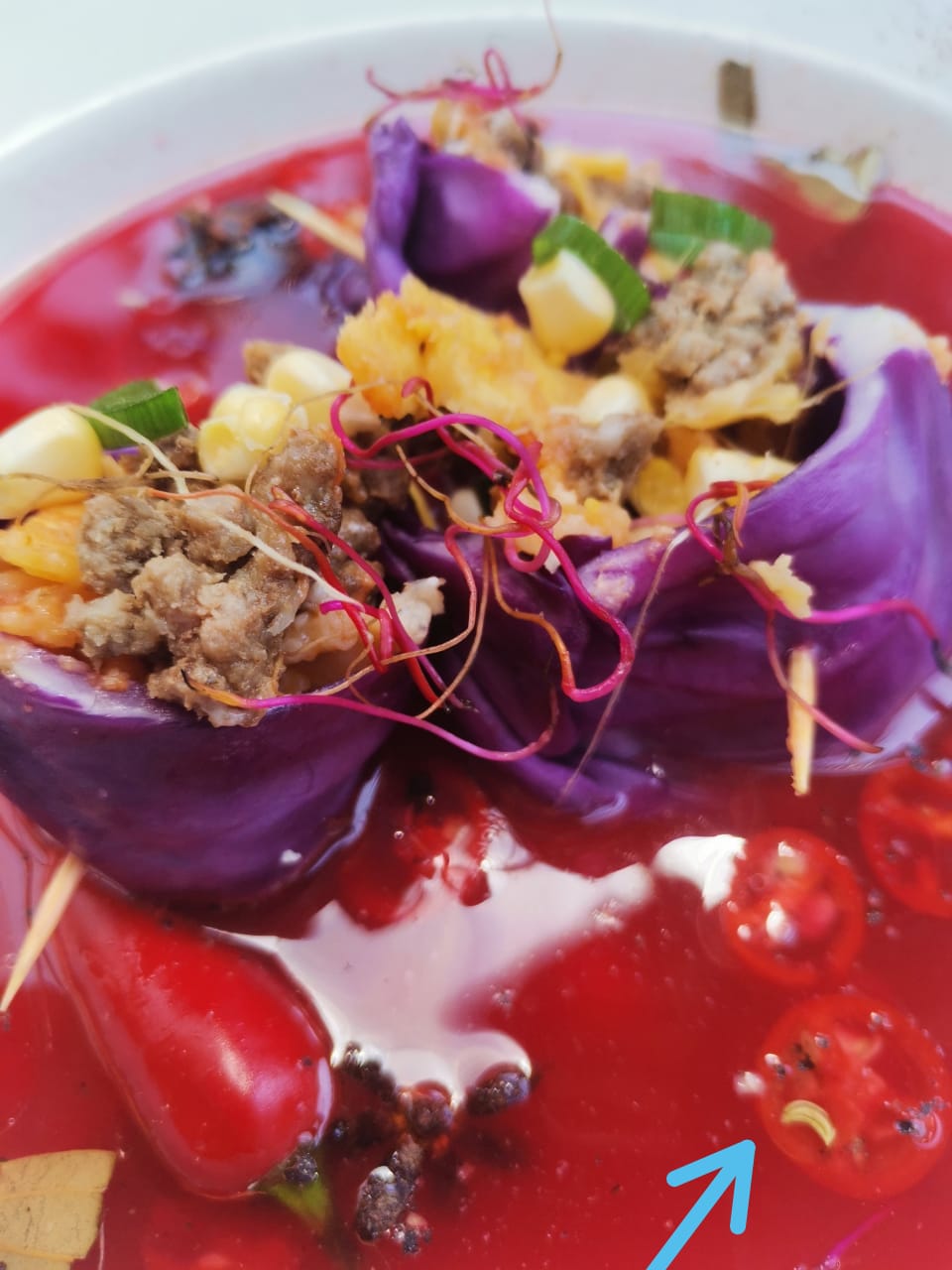 Then, I steamed my cabbage and filled it with my leftover chilli con carne, dunked it in my crazy concoction, damn it was tasty but hot as hell!.

Just a warning though – this baby can burn! Note the emoji.

On a more sober note, as part of our chilli adventure, I’ll show you how to prep, cut and serve chillies and how to make chilli oil, featured in two of my dishes. 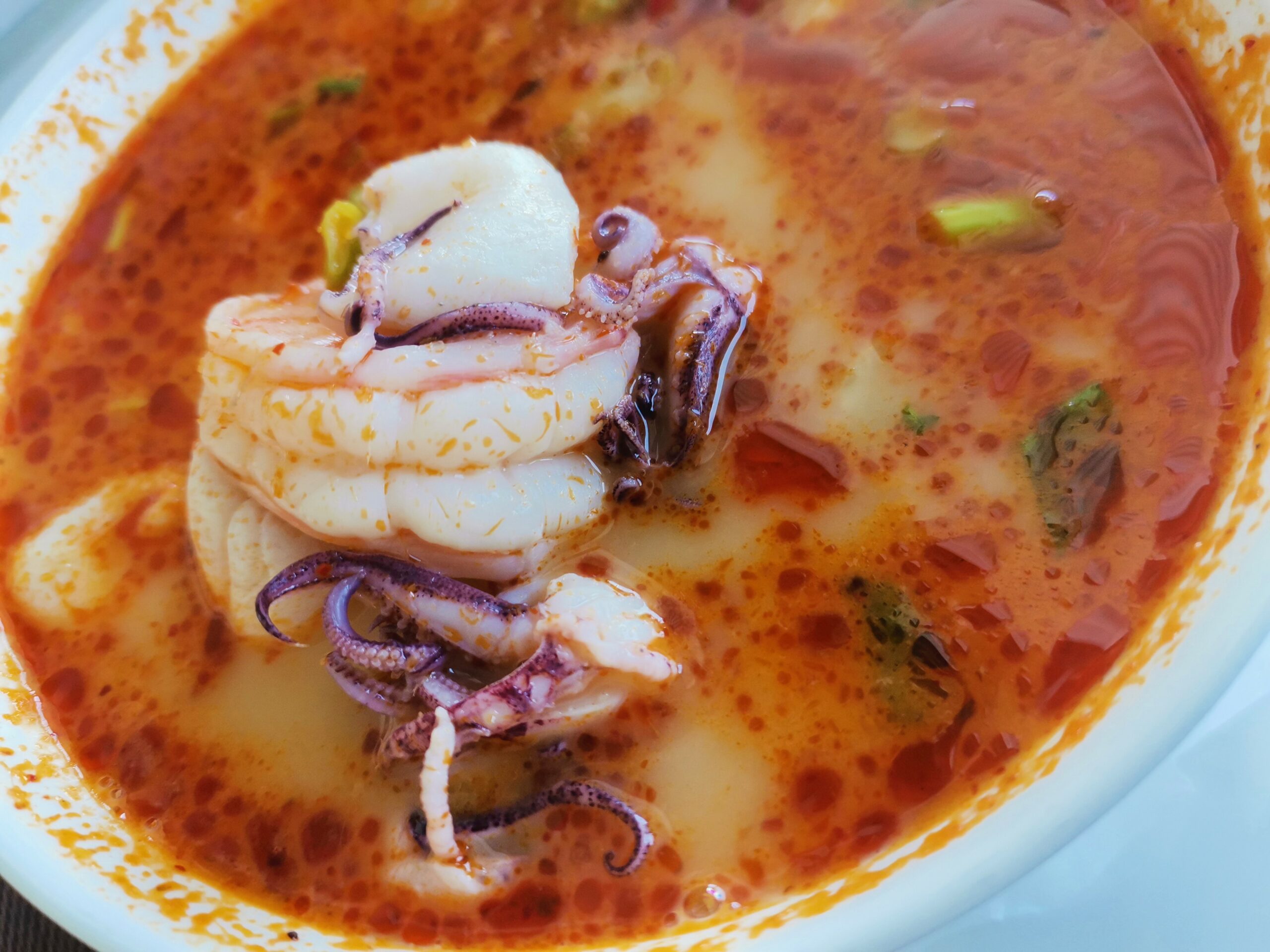 This sacred soup is water based, infused with chilli oil and packed full of wholesomeness.

You can have it with veg, but traditionally it is complimented with fresh ocean delicacies. My take is with calamari and tiger prawn.

If I was stranded on an island and you could just Uber Eats me one Thai delicacy, this would be it. There are not many restaurants in this country that get it right. The good news is that I have a ‘secret recipe’ that was surreptitiously handed over to me by the President of the Thai Chefs Association, Jamnong Nirugsan, at the World Chefs Congress. As the executive chef at the Nai Lert Park hotel in Bangkok, he should know.

FROM THE THAI PANTRY

head and shell on 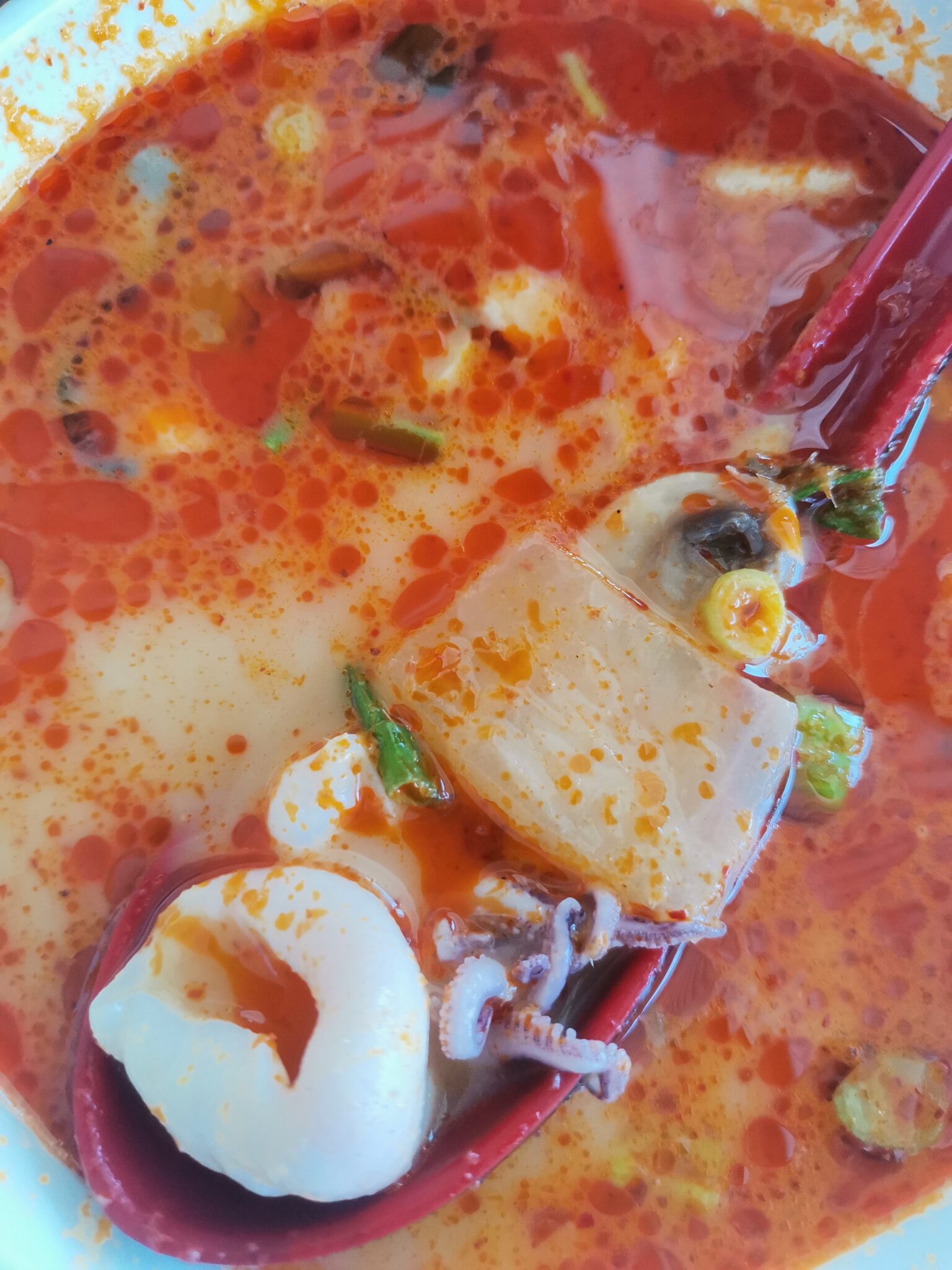 You can get most of these ingredients at my favourite shop SUN SUN.

After you have gathered all your ingredients, add them into a med size pot and let it steam, bringing out all the goodness. Once it is simmering, reduce the heat. Add the seafood and let it steam in your broth before immediately serving in a bowl.

We all love jalapeno poppers. As peppers are part of the family, why not share the genetics?

This is a very stylish and simplistic snack, but always a party popper.

Find some fresh jalapeno peppers and cut the stem. Hollow out the inside with a spoon. For the filling, I chose some goats cheese as it is so rich in flavour and just smoothes out the heat of the pepper. 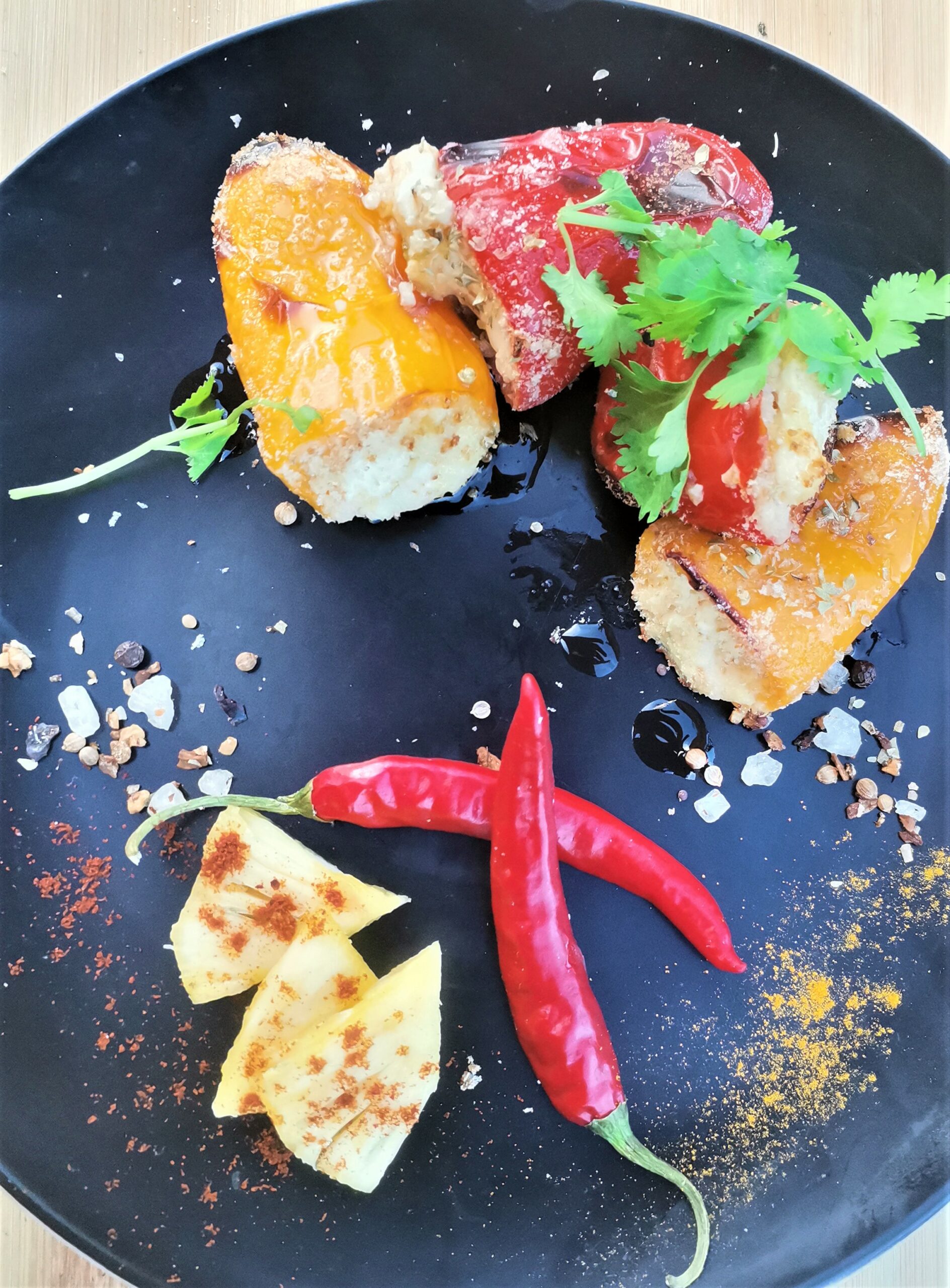 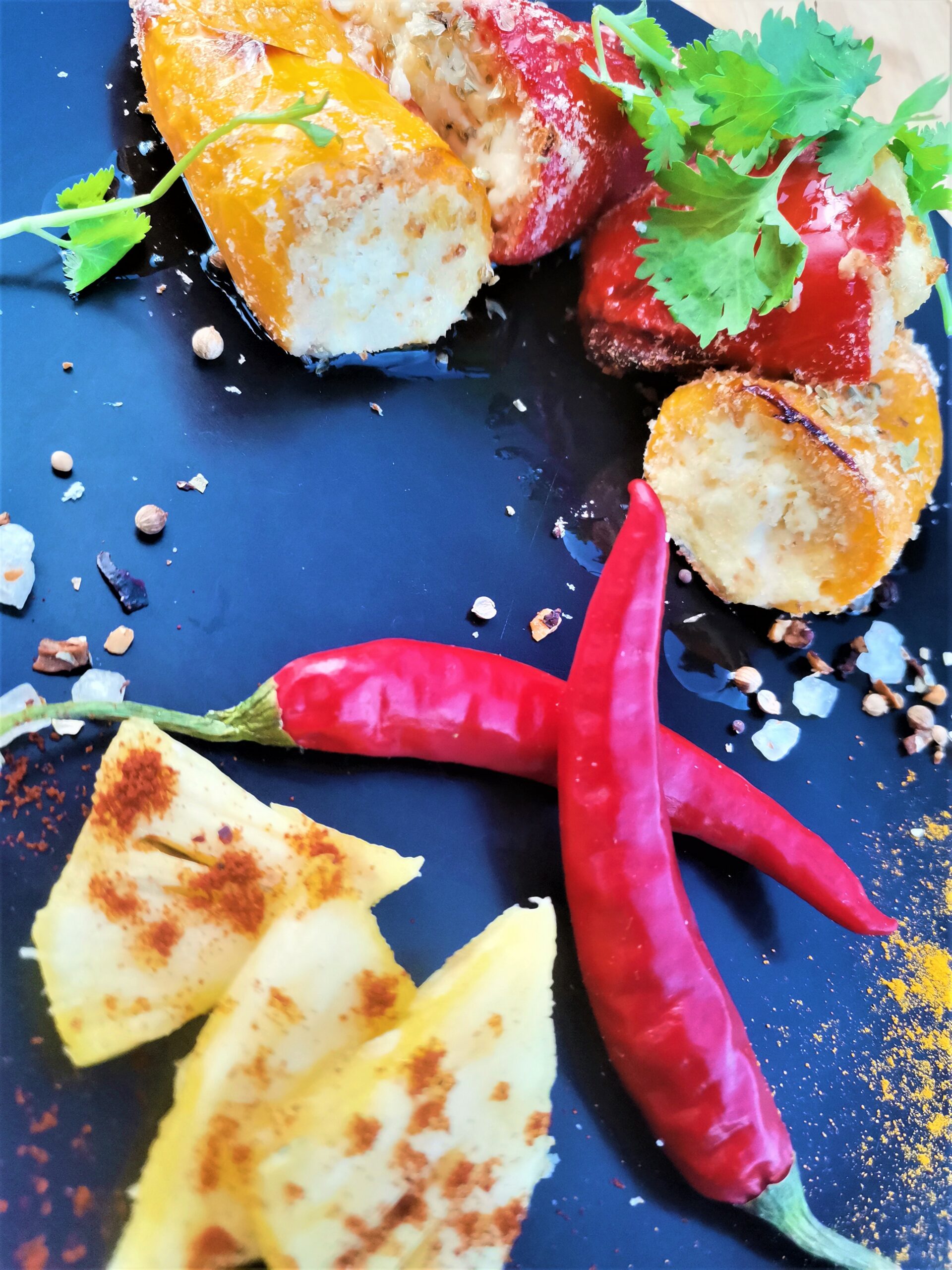 When it comes to cooking, there are two options – grill and deep fry. The former should be the healthier option, I presume. 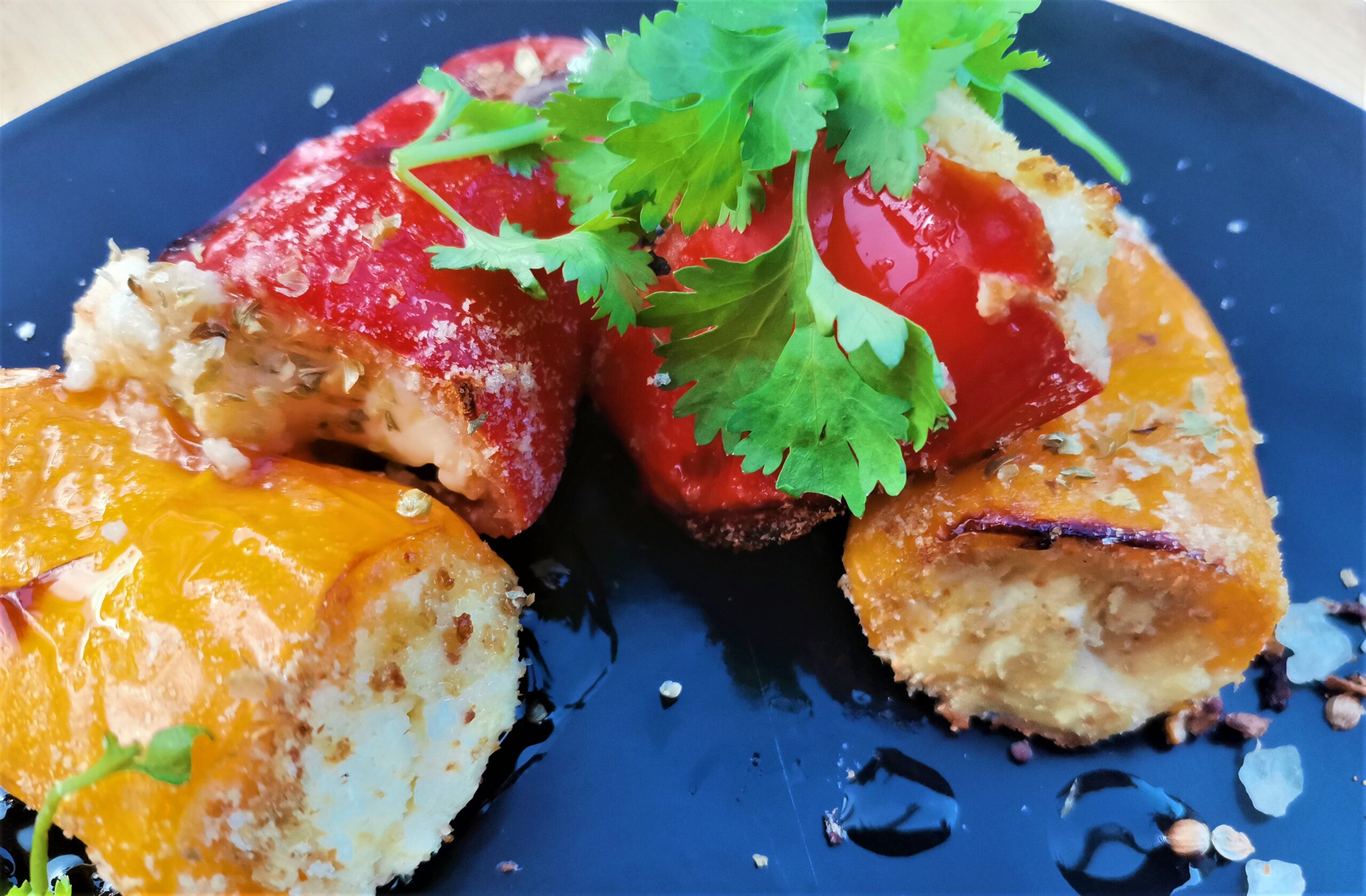 Preheat your oven to 180ºC, place your peppers, filled with the goat’s cheese upright on a baking sheet / tray. I coated mine with olive oil and some breadcrumbs for a little crunch. Let them grill for 10 minutes. When you are ready to indulge, add some salt and pepper and some dhanya (coriander), and even some chopped chillies if you more advantageous. 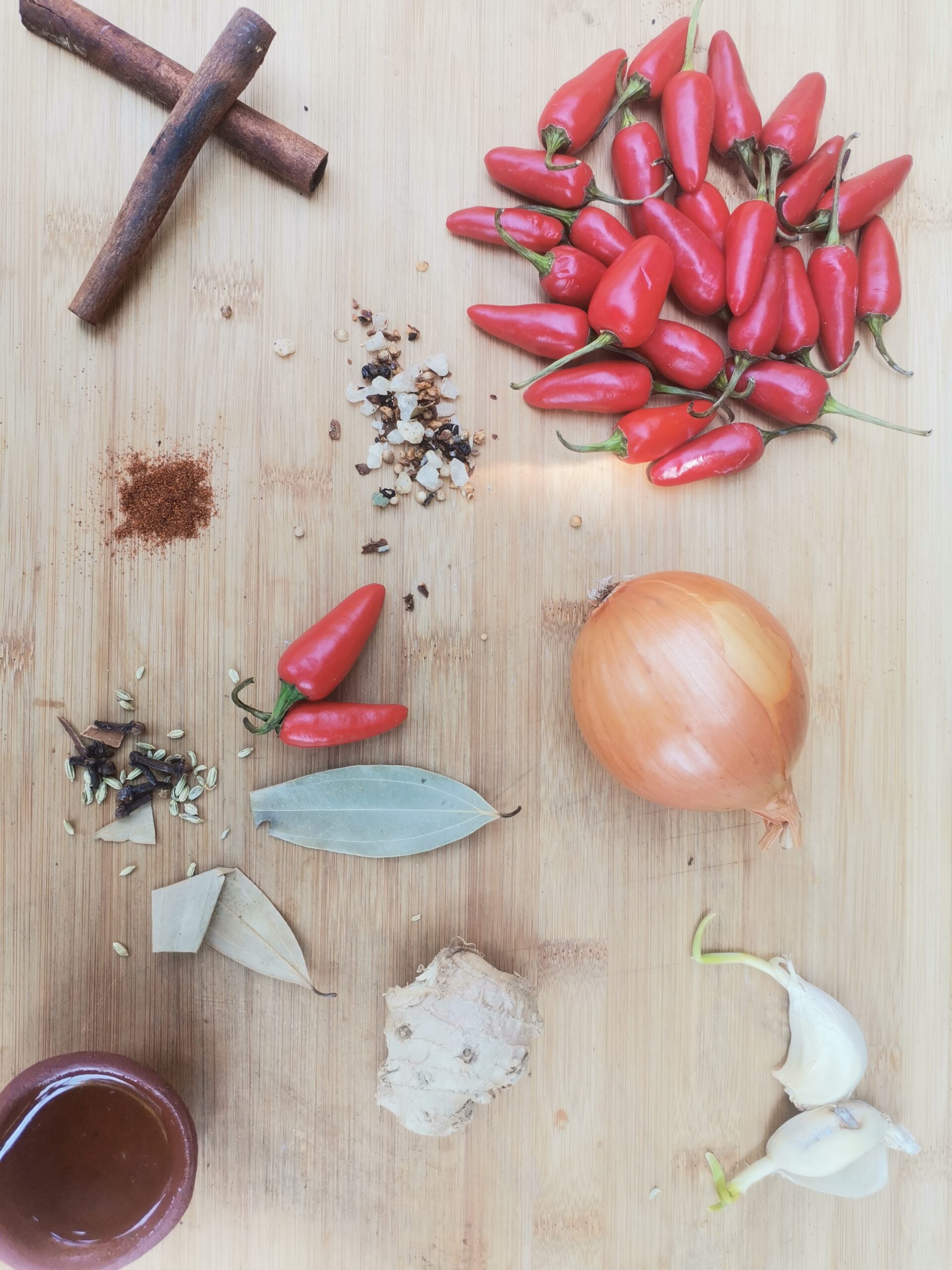 Making any preserve takes a bit of time but, with the right ingredients, you can make it last for quite a while in the fridge.  In fact, the beauty of making your own is that you avoid all those preservatives.

Use a sterilised glass container to store your hand crafted chilli oil preserve. 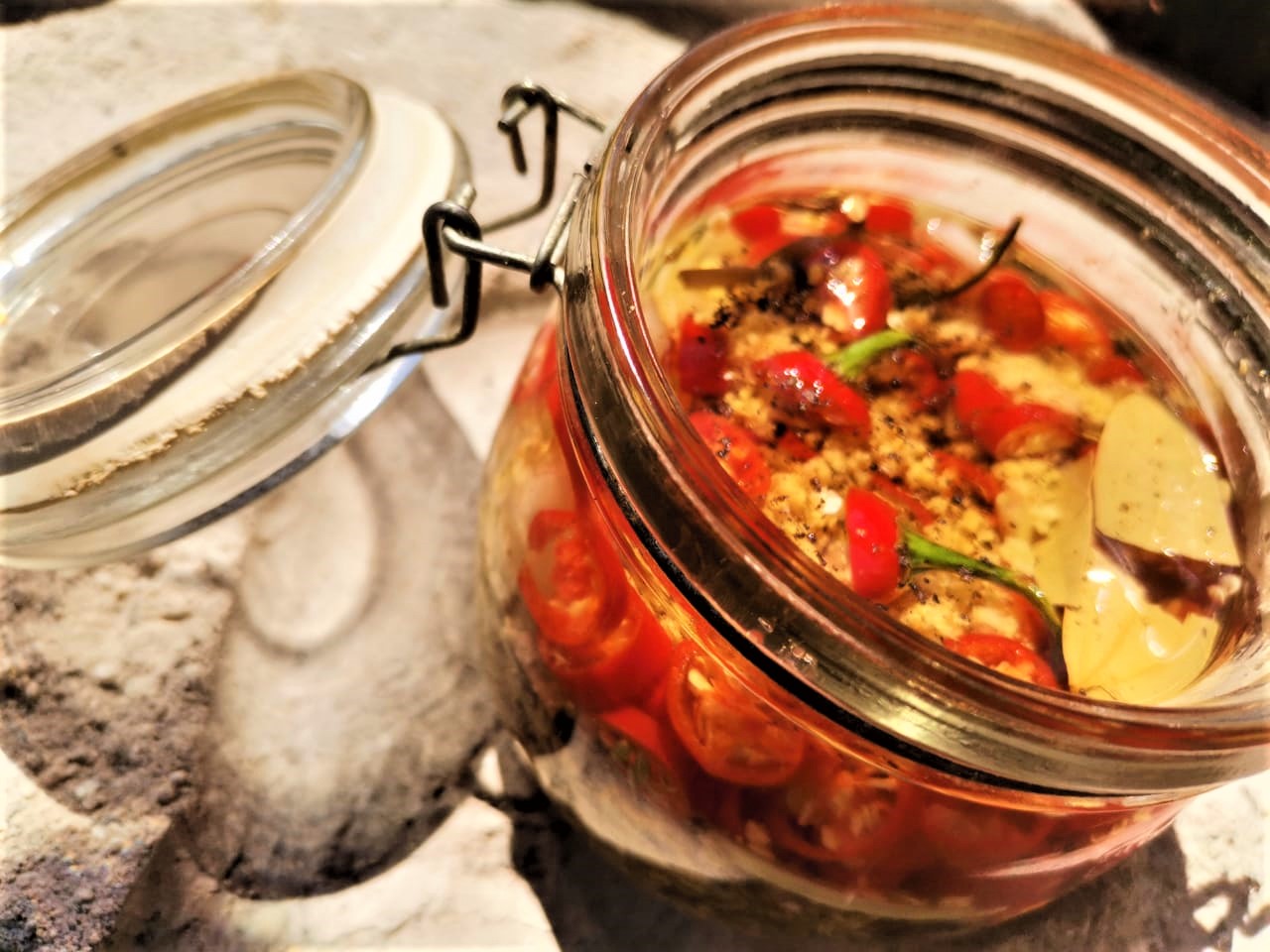 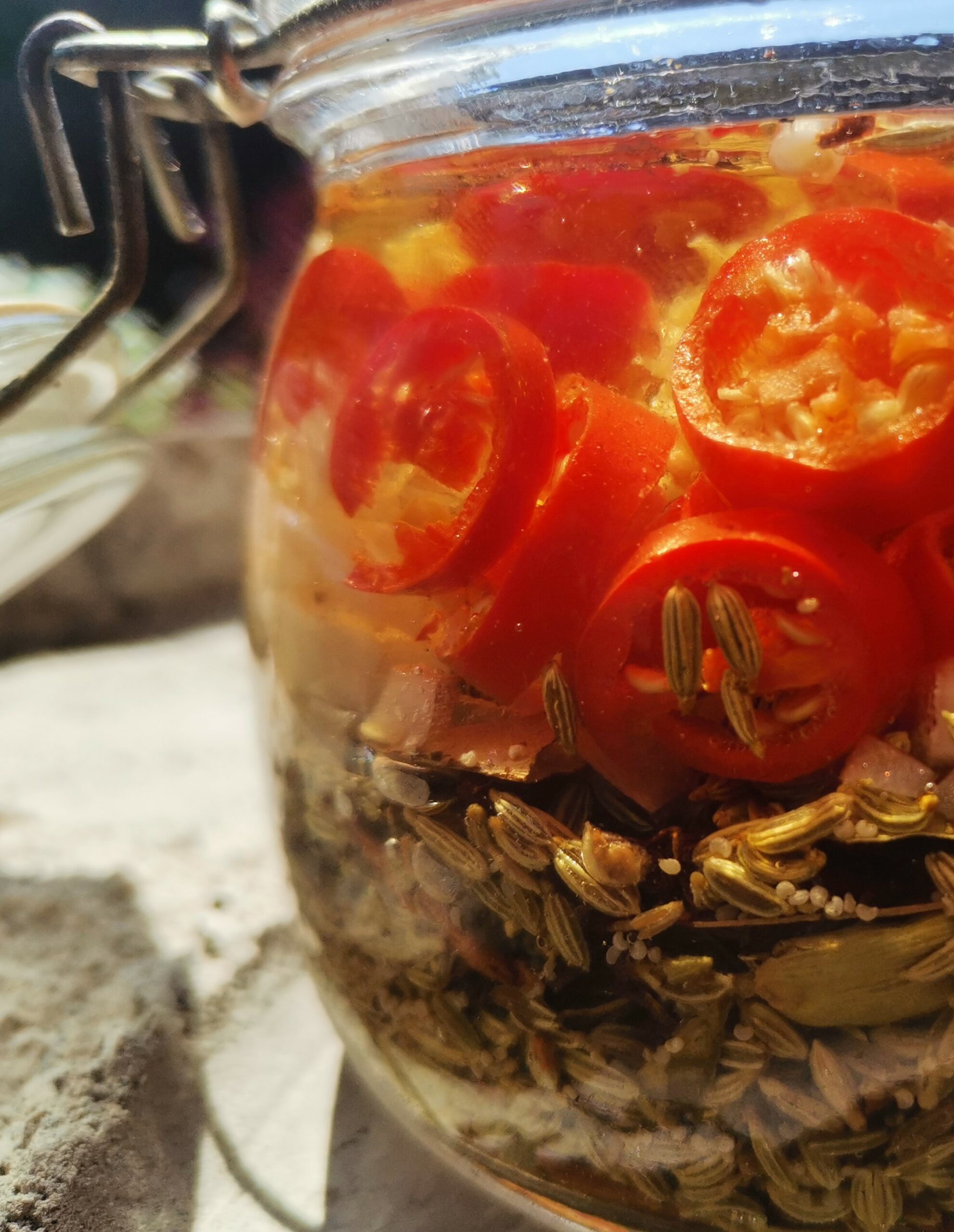 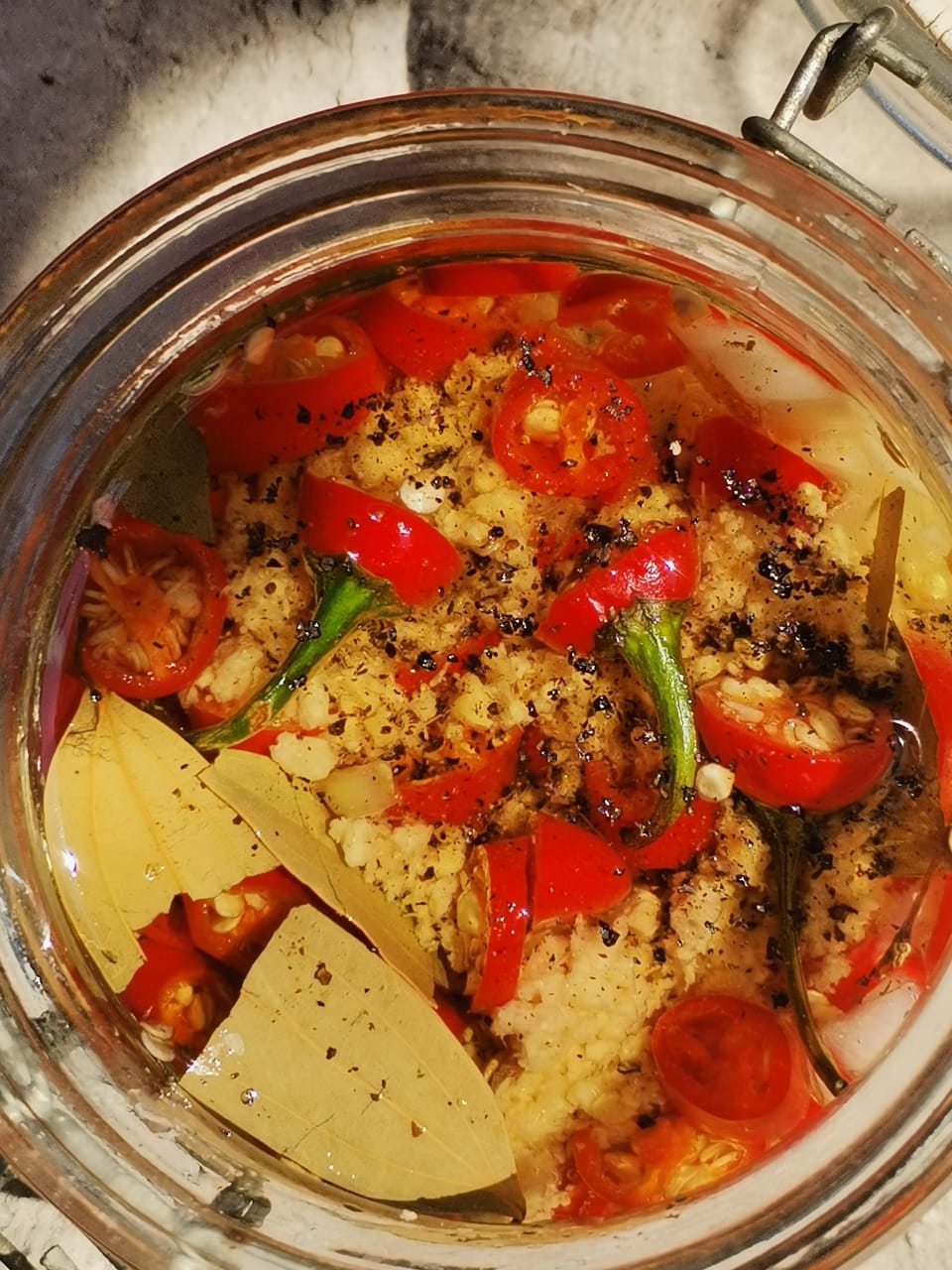 Place about half a centimetre of oil across the circumference of a frying pan. Subject to availability in your local store, you can use peanut oil, grapeseed oil, or traditional olive oil. the choice of oil will also reflect in the colour of your preserve.

Heat the oil and add your chopped chillies. The of heat factor depends on you. If you remove the seeds, it will be milder. After about three to four minutes, remove from heat and set aside to cool down.

When the oil has cooled down, you can assemble your jar with your ingredients. Seal it tight and enjoy.

In Mexico, everything goes – from fajitas to enchiladas to tacos and burritos. But, with a breakfast burrito, you’ll have plenty of protein, vegetable goodness and a dash of chilli to fuel your working day.

My Mexican Burrito includes a combination of lean beef marinated in chilli oil, onion, garlic and ginger. I’ve added some grilled halloumi to give a cheesy texture to the mix, some salsa verde/chopped chilli, onion and rosa tomatoes as well as steamed corn kernels. 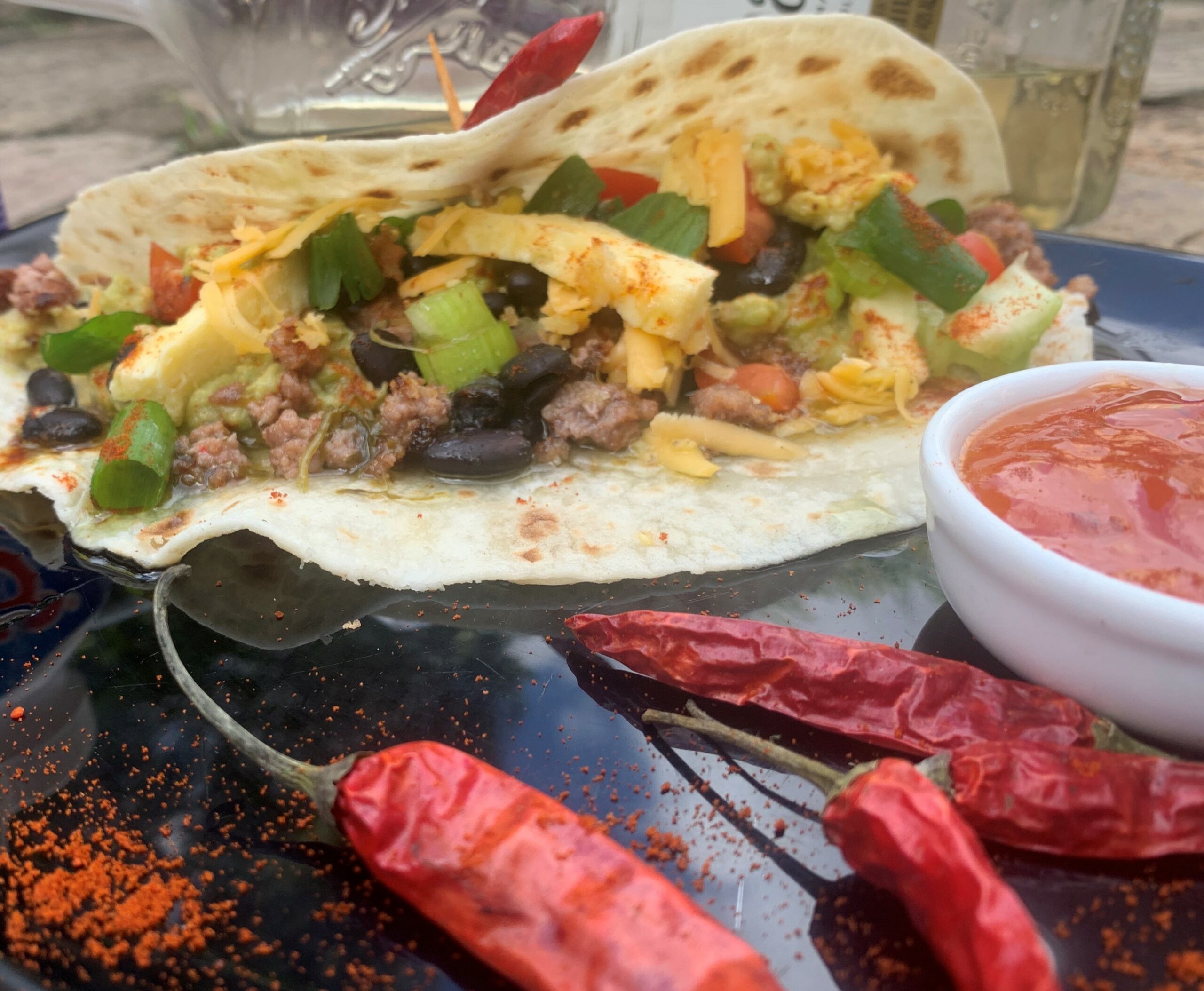 To pan fry the burritos, lightly drizzle with some olive oil and a dash of honey in the pan. Place the burrito in the pan and turn after 2 minutes each side. Cook until golden brown but retain some elasticity to fold your toppings. At the same time, you can grill your breadcrumb with chilli flakes haloumi cheese until it is melting. 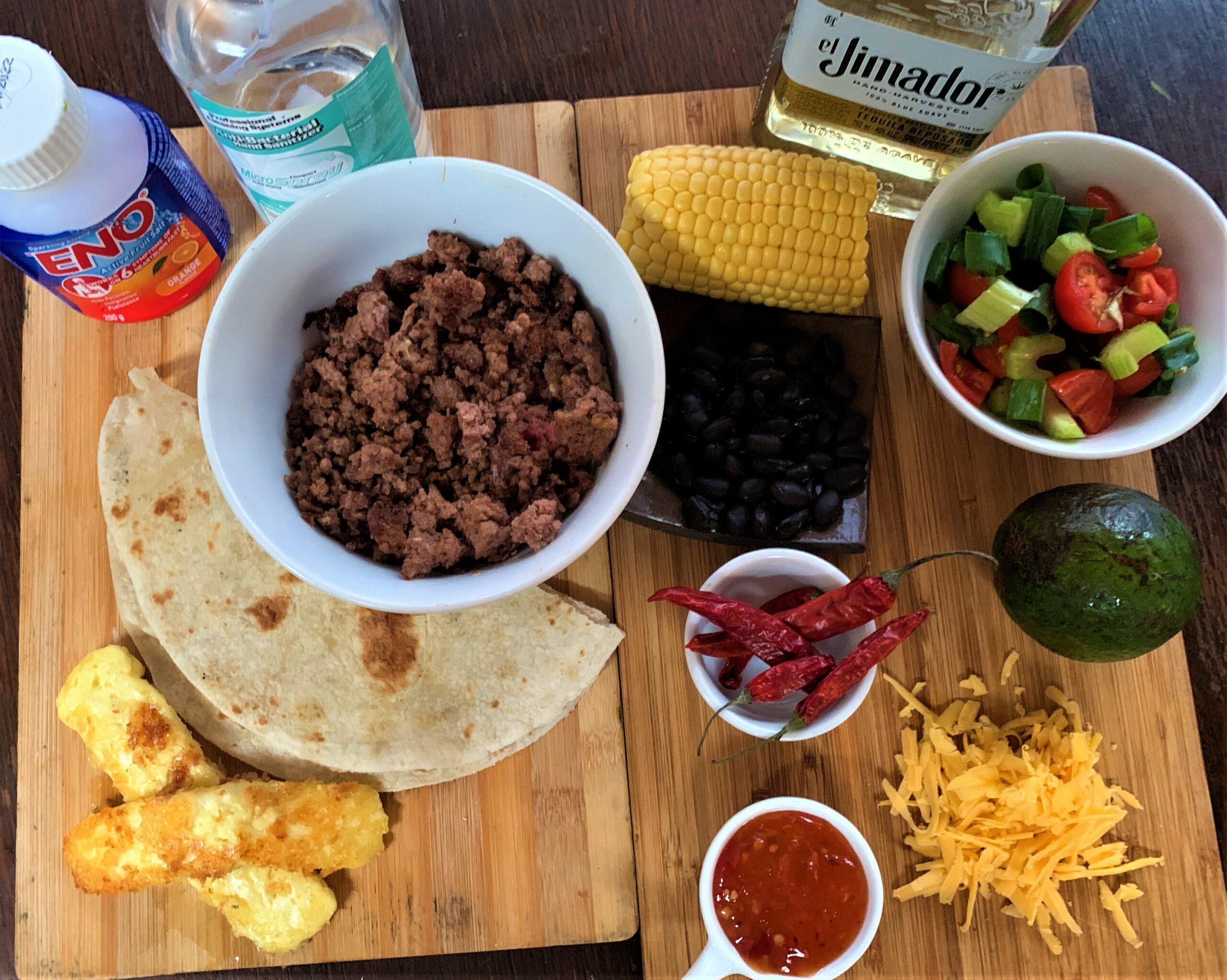 To construct, the burrito, add all the ingredients on one side of the burrito and then roll the half shell.

To eat, add some hot sauce, salt and pepper and some fresh cilantro as a garnish. Plate as a typical rolled up corn wrap and drizzle your tomato/onion and sour cream mix, with a few slices of avo to balance the taste.

Being a sportsman in my youth and competing at national level in athletics, I have always admired individual sport. After setting the 300 metre and 400 metre records at the South African Athletics Championships in 1989/91 in Bloemfontein which just happened to be the third fastest times set in the world, I truly appreciated the commitment and discipline needed to succeed in the tough world of spot. My favourite tennis icon, Novak Djokovic embodies all of that and, after his ordeal in Australia, I decided to create a home coming meal for him, bearing in mind that every sports star has to adhere to healthy eating habits to ensure that they are at the top of their game. Not surprisingly, it went viral on Tik Tok. 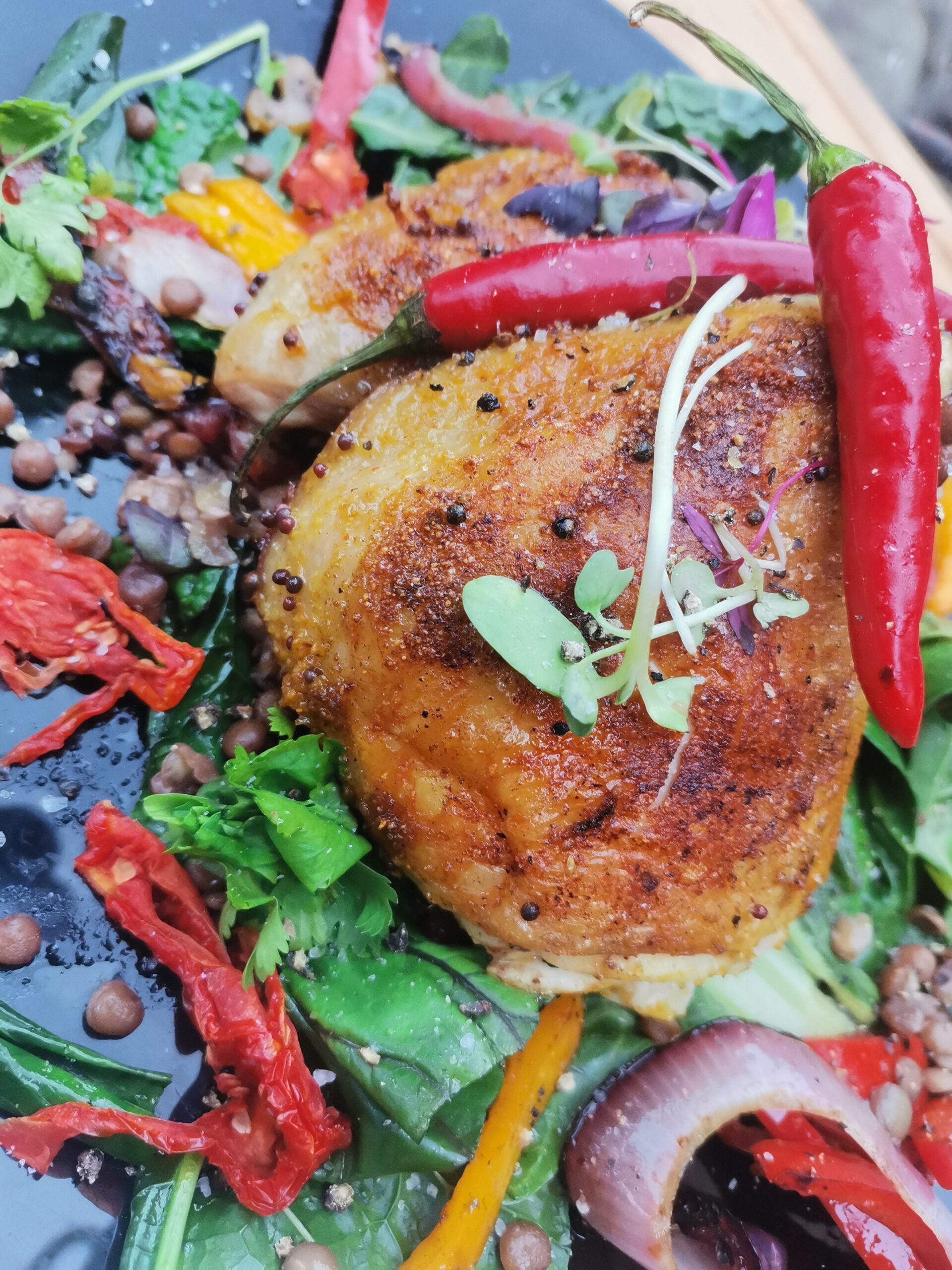 4 chicken thighs (with or without the skin)

a hand full of peppadews

chilli oil for the chicken rub

a dollop of honey

Rub your skinless or skin on chicken thighs with the chilly oil, massaging it into the flesh. On the side, heat a pan, add some butter and olive oil and grill your chicken, turning evenly for five minutes per side. Set aside to rest.

I prefer to seam my vegetables using a classic bamboo steamer. Just add some salt and pepper to both kale and lentils. I soak my lentils in warm water to fluff them up before steaming.

To plate up, layer your chicken on top of your bed of kale and lentils. Add your sundried tomatoes and julienne style peppers, sprinkle with roasted pumpkin seeds and glaze with some dripping honey.

As you know, my motto is shop today, cook for today, live for the moment and enjoy your food. Whilst we were concocting our chilli feature as well as stirring up some chilli inspired dishes in the kitchen, we also quickly realised that chillies tend to not only add a potentially blistering bit of exotic flavour but also another all important ingredient during the times in which we find ourselves – a sense of humour – which will always get you through. 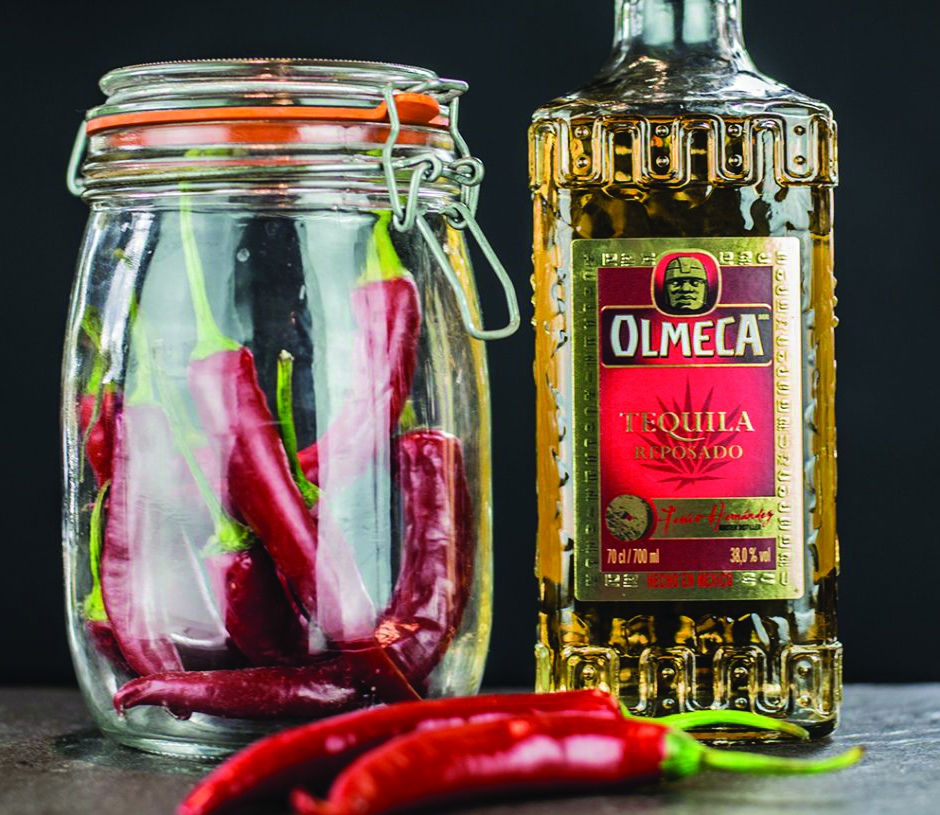 PS. If you are planning to pair any of these dishes with anything alcoholic, keep it Mexican and go for a good tequila!