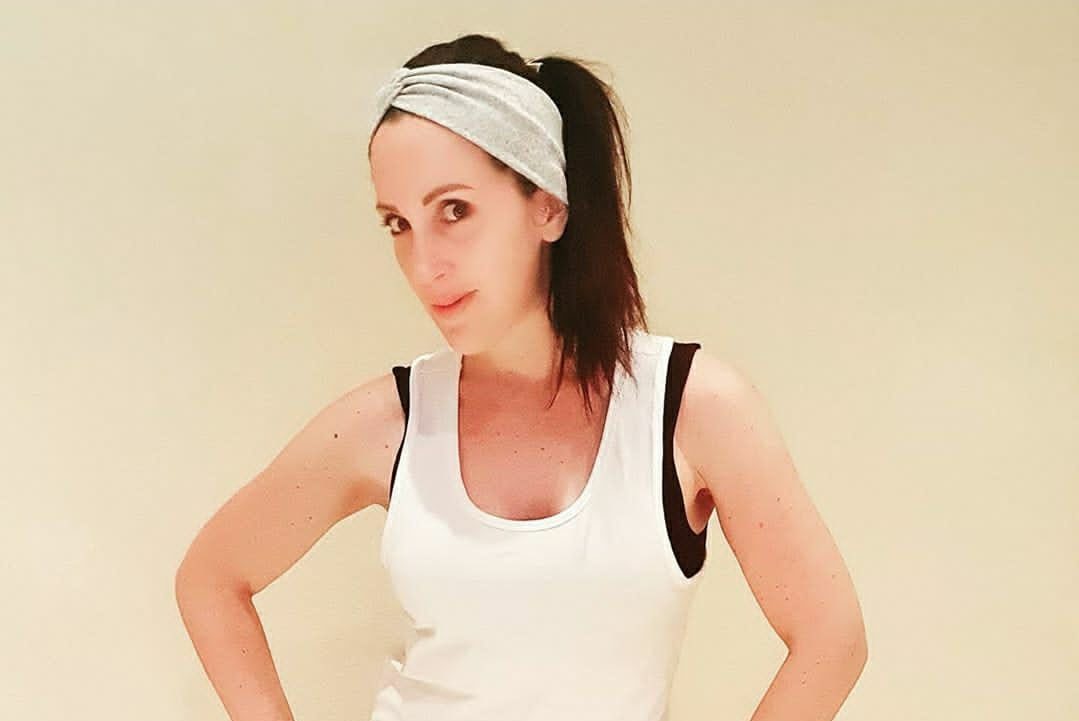 BEYOND WELLNESS, TOWARDS LIFE

This is a powerful story of finding your way to wellness, a journey towards realising that, as hard as it may be, we are all responsible for our own health and that being healthy is so much deeper than just adjusting your diet and exercise. It’s a story about taking one step at a time, taking one aspect of getting healthier one decision at a time, being brave and pushing through.

Join Roxanne Shepherd as she shares the beginning of her story with us – and inspires us to care for and about ourselves in a whole new way.

I was never the athletic type growing up and like most teenage girls I never really liked my body. I wasn’t overweight, but I wasn’t particularly fit or energetic either. I only played netball and hockey at school because it was compulsory to partake in extramural activities.

All was well until I left school and then, without being forced to do any sort of exercise, it became far too easy to pick up weight. In 2009, I fell pregnant and in August 2010 I gave birth to the most precious, most demanding little girl. Suddenly, I was faced with this new all-encompassing task of taking care of a newborn as well as figuring out my new identity as a mother. I just didn’t know how to cope and, before long, I turned to food for comfort.

Months turned into years and, before I knew it, my daughter was six years old and I weighed in excess of 92kgs. I had stopped stepping on the scale, stopped looking in the mirror and stopped caring. I had sporadically tried to lose weight here and there through the years – usually after taking a good look in the mirror and silently berating myself for ‘letting myself go’.

But it was never successful because I always took an all or nothing approach and my attempts were born out of a place of hate and low self-esteem. Without fail I would lose some weight and then gain it all back plus more. So, I just gave up.

In 2016, my Dad was paralysed in a motorcycle accident and it was while he struggled to recover in ICU that I started to realise the impact that your health can have on your ability to recover from any kind of illness or trauma. If he hadn’t been a diabetic, ‘pack a day’ smoker, his chance of being able to live a fairly normal life, albeit as a quadriplegic, would have been much higher.

Instead he passed away after eight months on a ventilator and I knew I had to do something serious about my own health. 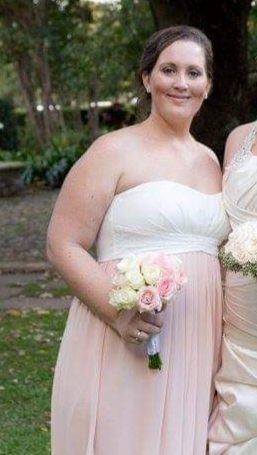 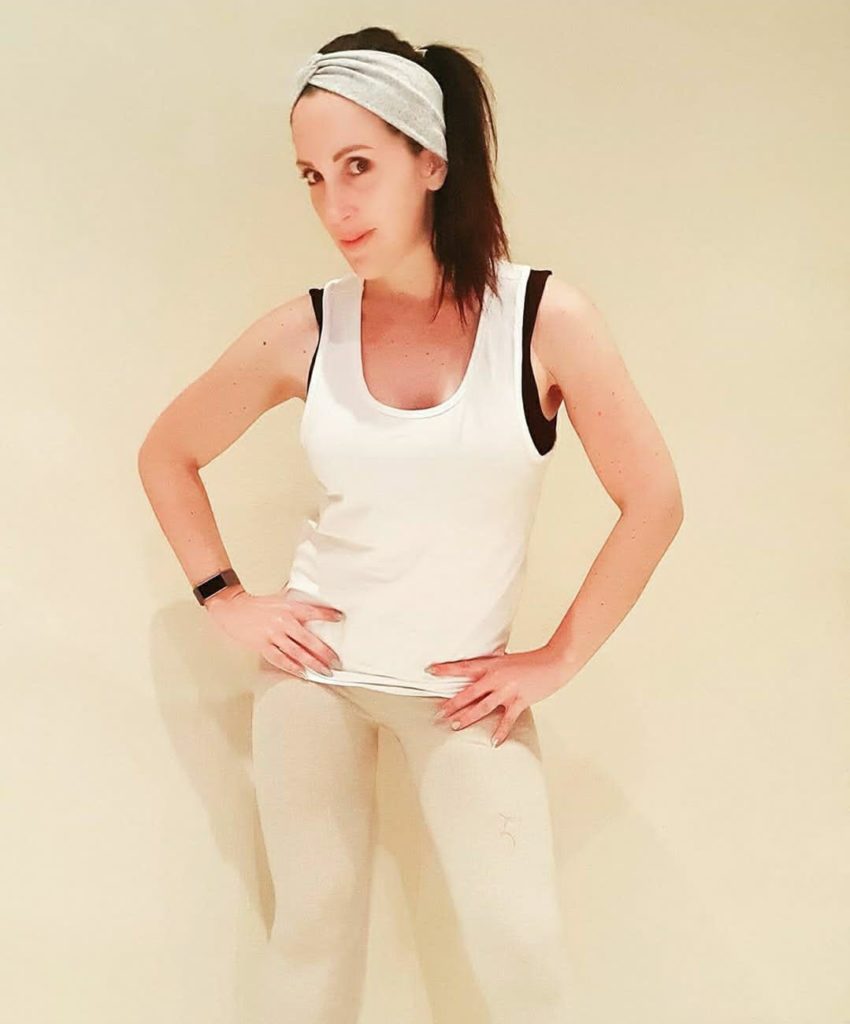 The only problem was that nothing I had done in the past had worked and I didn’t know where to start.

Serendipitously, a few months after the death of my Dad, my friend sent me a message asking me to join her at our local boot camp because we both needed the exercise and that way neither of us would have to go alone. This boot camp is held at my daughter’s school so there would never be an excuse not to go because Layla could always come with me if my husband was working late.

I hesitantly said yes. Little did I know that decision would change my life.

That first training session was just the worst! I could barely do anything – but it lit a small fire within me. I wanted to be better, but I was afraid that I would fail just as I had every other time.

So, I decided that, instead of diving head first into every kind of lifestyle change I could think of, I was just going to attend those two boot camp sessions a week, nothing else. Then I would figure out the rest as I went along. No time limits, no expectations, no restrictions, and most importantly, no hate.

I knew I was secretly enjoying the two hours of exercise each week.  It didn’t take long before I noticed that I was slowly getting stronger.

What I also noticed was how much better I did on days that I ate healthier foods and days that I dropped self-doubt and hate, so I started working on improving my self-esteem through therapy and guided meditation.

Hating myself had never worked in the past and I wanted to see what would happen if I loved myself instead. That was the single most pivotal moment in my life so far because, with love, came acceptance. I accepted that I had allowed myself to become unfit and unhealthy and I was able to take responsibility for that. I accepted that what I needed to do was never going to be a straight path and it was going to take lots and lots of time and I needed to be patient with myself.

So, I decided that, instead of diving head first into every kind of lifestyle change I could think of, I was just going to attend those two boot camp sessions a week, nothing else.

Putting nutrition on the menu

I didn’t throw myself into strict meal plans and diets, but I did throw myself into the goal of wanting to be stronger. To be stronger, I realised that I couldn’t live on nutritionally deficient food. I naturally started to eat more intuitively. I added in more fruit and vegetables and I didn’t overeat.

Over time, I started to exercise at home in addition to my two boot camp sessions a week, purely because I had come to love being active. By making those fundamental, but relatively simple, changes to my mental and physical health, very slowly my body started to change.

Now, I eat when I am hungry and stop when I am full. I do not have any allergies or intolerances so I don’t restrict any particular food group. It did take a while but, these days, I mostly crave foods that are typically considered healthy.

However, if I want a treat I have one. I just make sure not to live on them. I did start meal prepping about a year into my journey, mostly out of convenience and to save money. But I can say that packing lunch for work has been an important factor for me in losing weight as well as maintaining the weight loss.

I have continued this way for more than two and half years now and, in that time, I have lost 30kg, developed a love for being active and have completed my first Warrior Race along with my two (much) younger brothers. I am fit, strong and happier than I have ever been in my entire life.

But, most importantly, I can look in the mirror now and feel love and respect for the person staring back at me.

My advice to anyone wanting to start, but not knowing how, is to start with a realistic approach. You need to be slow, steady and consistent in your efforts. Know that some days you will go backwards and that is okay. Find an exercise you love; eat healthy food you enjoy. That way, getting fit and healthy will be fun instead of a punishment.

Your life is a gift, so allow yourself to enjoy it!