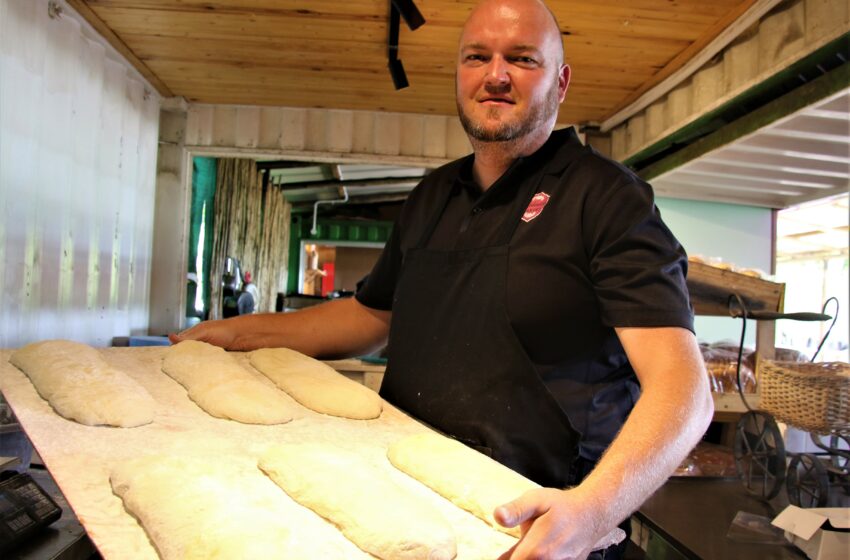 BAKED WITH LOVE AT MADDISON

“Everything is alive in our bakery, from the yeast to the love we pour into our products. It’s all moving, growing, forever changing under various conditions. I have always enjoyed the complexity of working with yeast and the fact that it is alive and can change. This process has always fascinated me – even after 25 years of working with it.” says founder of Maddison Bakery, Ryan Watt.

Without even realising it, this is something of a metaphor for how he has nurtured his business which is built on a passion for bread and roll making as well as good relationships.

Named after his first born daughter, Maddison Bakery includes a factory which makes bread rolls for various Spars and restaurants in KZN, as well as the artisanal bakery and rustic restaurant at the Mushroom Farm in Hillcrest. He also sells at the Shongweni Farmer’s Market and at various events.

It is essentially a family business: His mother-in-law works in the office in the bakery while his mother is at the market every weekend, manning the till.

Ryan even considers his staff an extension of his family. “I always try and create a happy working environment. I’m not the type of employer who likes to shout and make life miserable. I want my people to come to work and enjoy it. If you don’t enjoy what you doing, you won’t put love into the product and that will get through to my customers. You can’t come with angry hands. I want soft hands that put love into my products.”

He began his career in baking almost immediately after writing his final matric exam. His father, also a baker by trade, quickly had him hard at work and he worked his way up to become general manager of a large bakery that employed 300 people.

Despite having a newborn daughter at the time, he also had a side hustle, producing artisanal breads for sale at the Shongweni Market.

“We started out in a little granny cottage where I had an oven on a trailer outside. We used our lounge to prove the bread. Starting from humble beginnings is how I would describe it,” he smiles.

Those humble beginnings gave him an out from the corporate world in which he admits he was never comfortable.

“The corporate world is very restrictive. I’m very creative, I need to keep moving, and changing on a daily basis. I need to be developing. In the corporate environment, I found that standards were getting lowered just to increase productivity. I knew there was a different way to do it – better, slower with much better quality,” he admits.

Ryan says he couldn’t have achieved what he has without the support of his wife and family.   “I was getting a few hours of sleep a night for a long time. My wife was looking after the baby while I was busy trying not to a make a noise with my mixer in the kitchen. They say behind every man is a very strong woman. She’s stronger than I am.” 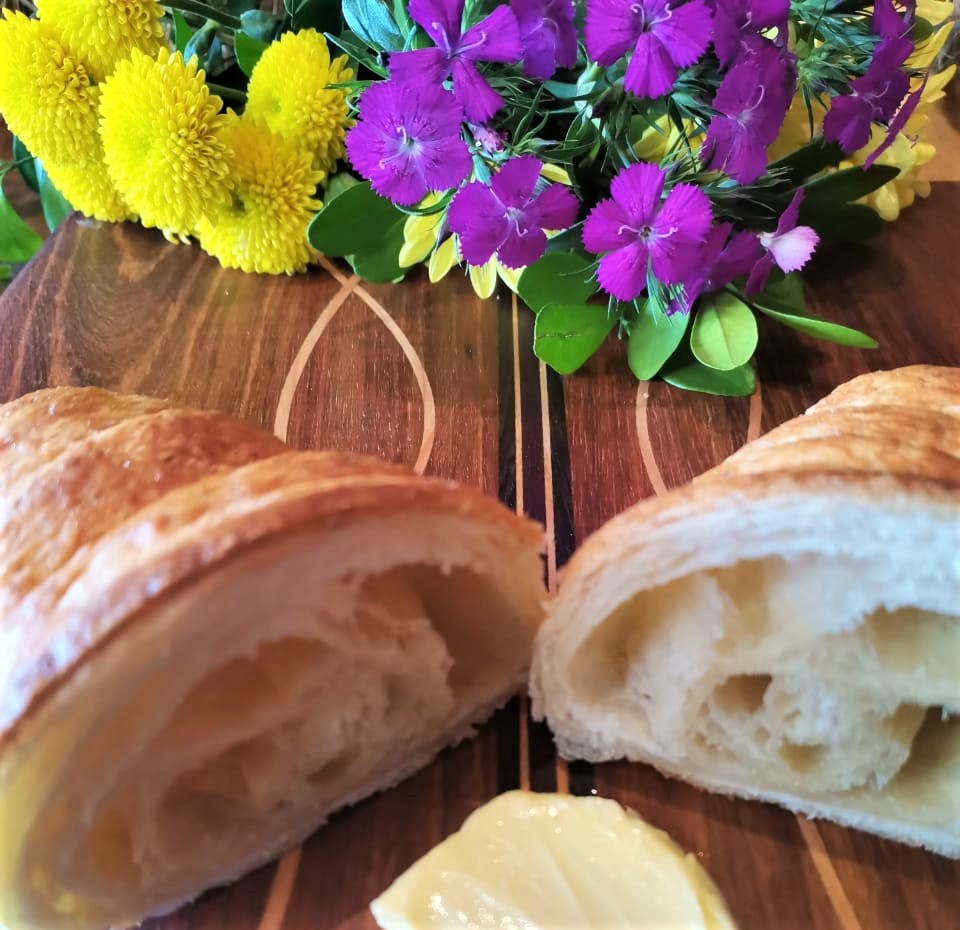 The couple eventually moved to a larger home with a triple garage in which they located the bakery.

“We started out with one baker and myself but, as we started getting busier, we had to employ more staff and had to introduce a night shift,” he continues.

Six years ago, after outgrowing the triple garage, he decided to set up a small bakery factory in Brackenhill Road, Waterfall.

The business had gone from strength to strength and, in addition to supplying various Spars, Maddison Bakery was also making all the rolls for Afro’s and various other restaurants in and around Hillcrest.

Ryan believes that the quality of his products have actually built the business. “Someone has seen the product, tasted it, and used it. I’ve never had a rep. I’ve repped 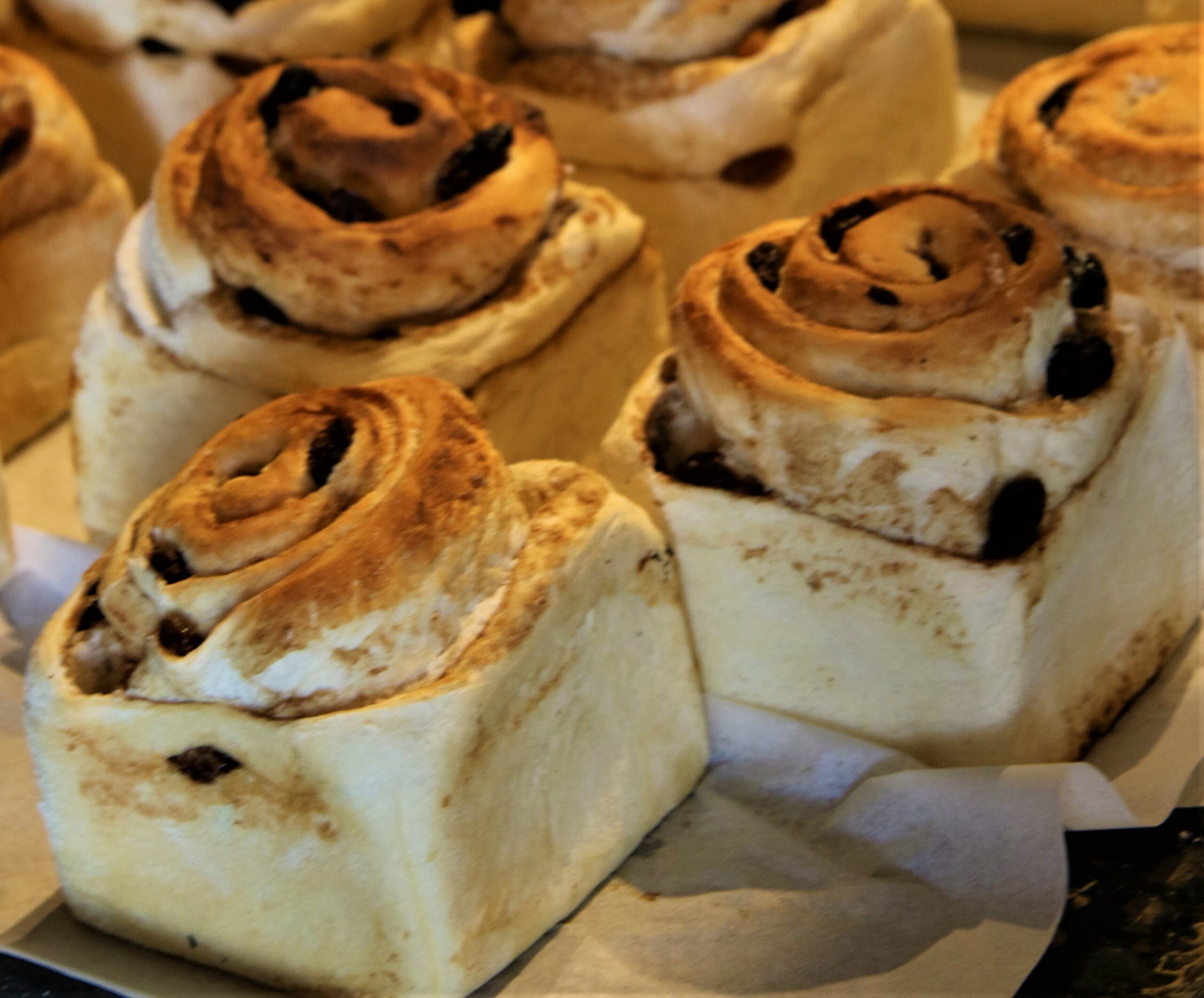 He still has these customers today.

All prepacked rolls with Maddison Bakery branding come from the factory at Brackenhill.

Ryan is empathic that these are nothing like many of the mass produced factory made versions. This what he calls fast bread – mixed rapidly with the bread making processes speeded up with additives.

Your average packaged loaf of bread lists at least 30 different ingredients which he believes are not necessarily healthy.

“What I try to do, is go back to the old way of doing things. In the main bakery, we hand mould every single roll. They are not moulded with machinery. This makes for a better product. We actually weigh our rolls a lot heavier than most bakeries do and we prove them a lot longer.  We get better rolls because of our method and not by adding ingredients. Instead of adding all sorts of emulsifiers and shelf life improvers, our process is slow and low.  When making cheese rolls, we hand grate the cheese for every single one using a hand grater.

“We also don’t use big commercial ovens. We use deck ovens which is also a very old school way of doing things. So, each pan is baked to eye. It’s the baker’s skill that gets that roll the way it is.

“We want to be unique. We want to be different. At the Shongweni Farmer’s Market, we’ve done a lot of innovative things. You eat with your senses.  Your eyes are first, then it’s your smell, then it’s your taste. This business model is so important to me. What you are eating must look good and taste good and provide value for money at the end of the day,” he says.

The more speciality breads are created in the artisanal bakery at the Mushroom Farm.

“All of our sourdoughs and products that take a little more time and effort come from here. This is where we do our slow rolling. We use stone ground flour and a more artisanal take on our products,” Ryan explains.

Breads on sale include ciabatta and sourdough breads as well as whole wheat, brown and white artisan dumpy loaves. Ryan says there are only four ingredients so they are all about health.

Then there are the specialities – a range of delicious croissants and traditional Mozambican pau bread. Variants include jalapeno and sweet potato, spinach and feta, olive, sun-dried tomato with basil pesto and fig with cheese. 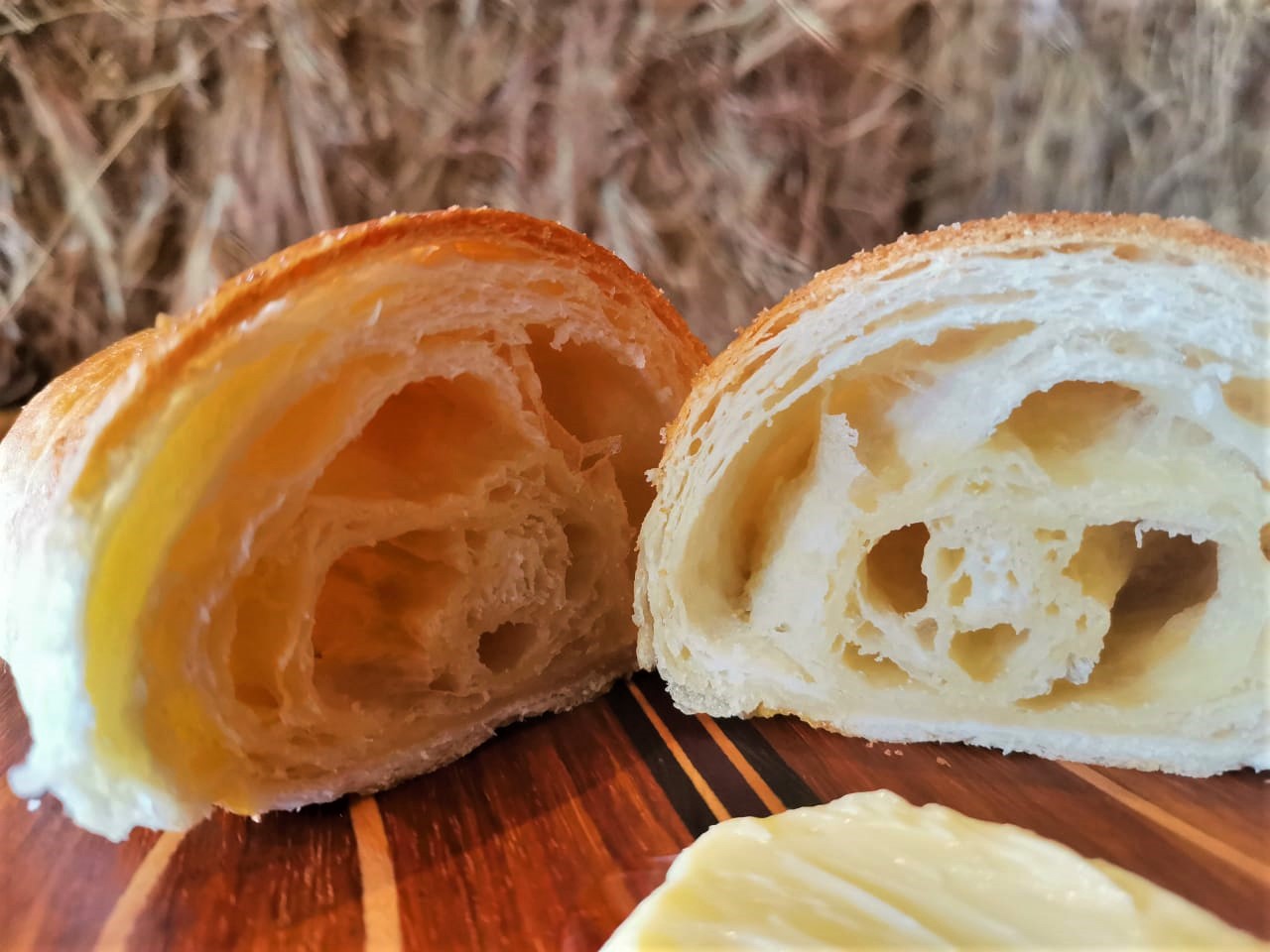 “I please myself and, in pleasing myself with the flavour, I seem to please ninety-five percent of the population. I try to create products that I think I would enjoy eating myself,” says Ryan.

FROM BAKERY TO RESTAURANT

The bakery at the Mushroom Farm happened by accident. Shongweni Market had closed because of lockdown regulations, and Ryan was looking at various other ways to fill the gap. It was initially supposed to be a pop up shop but he soon realised that there was enough scope to stay on permanently.

“Initially, we were just baking and supplying our various products, but I could see that we were going to have to morph. People wanted to sit down and eat food, so we decided to open up the restaurant. That’s something I’d never done before. I’ve done events. I’ve done catering, but not sit down plated. I was very green. I remember our first service. It was chaos, it was literally the worst day of my life.” 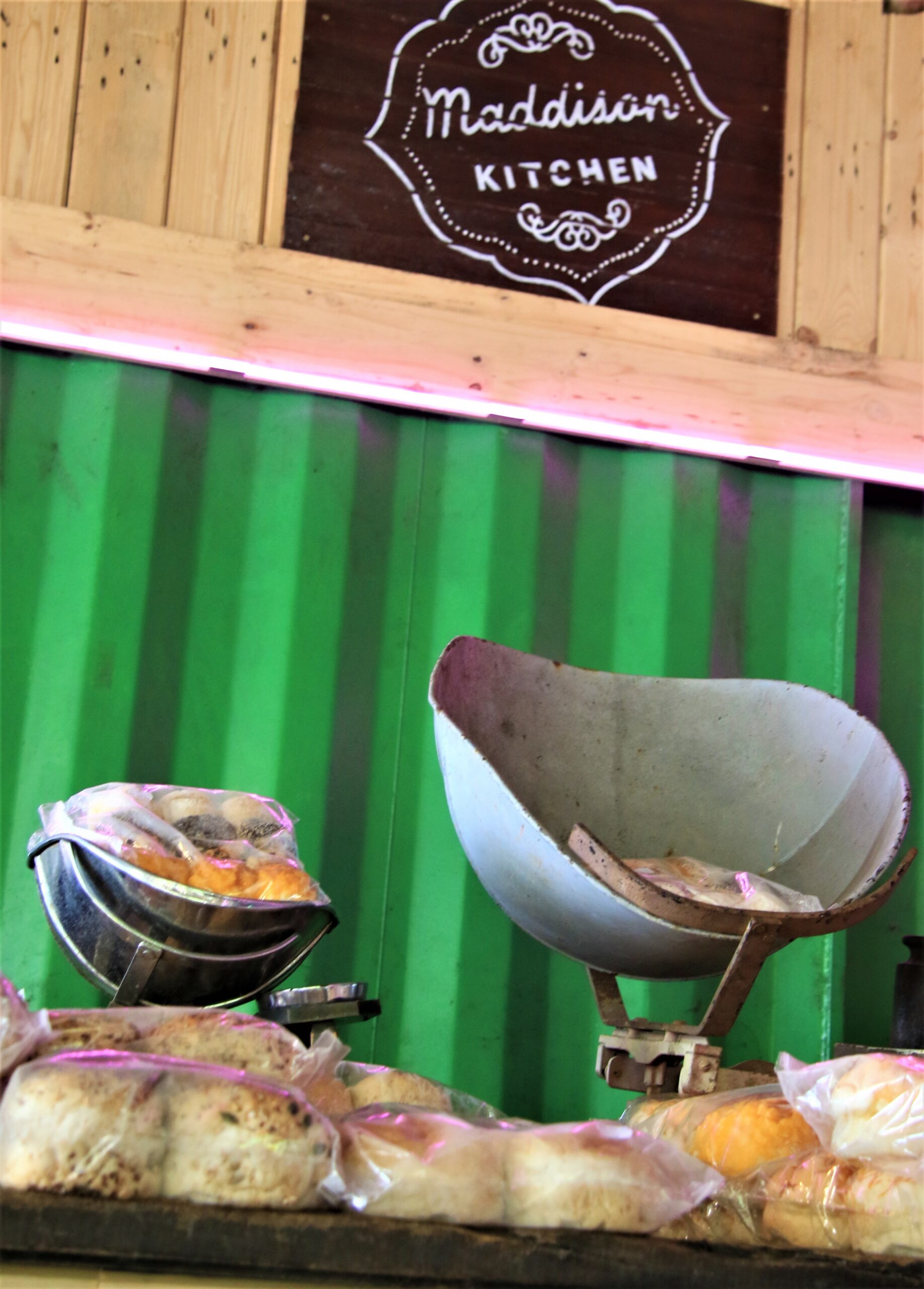 With the appointment of a good manager and chefs, all has settled and the restaurant side is using tried and tested items sold at Shongweni and served up at events such as Splashy Fen as a base.

“We use all our own products – our bread, all of our rolls. Its hearty, it encompasses what we stand for. We don’t just do a toasted sandwich, we do a sourdough bread toasted sandwich which we make ourselves,” he explains.

After eating, people buy some of the famous croissants or a few loaves to take home. 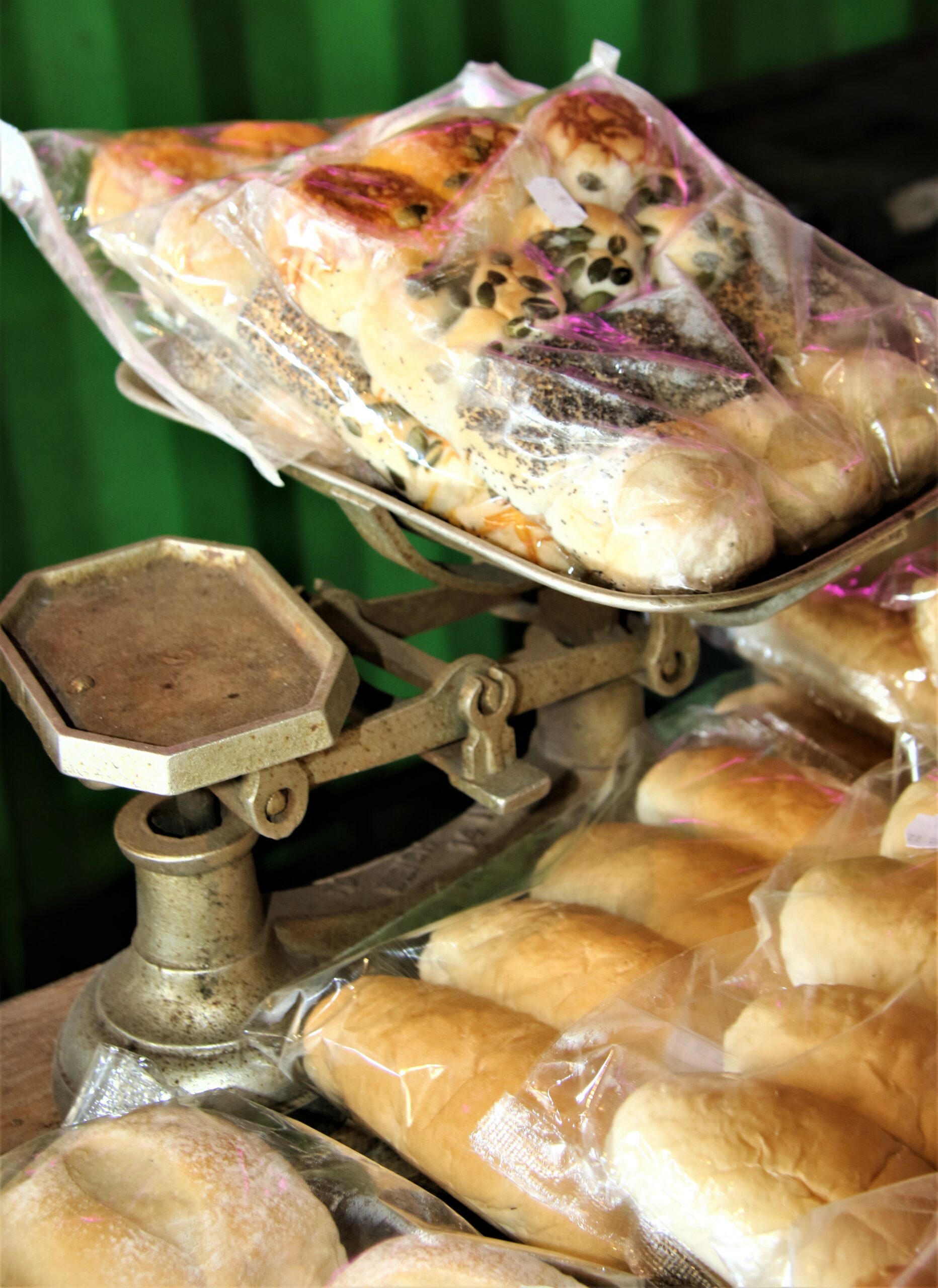 This year, Ryan injected a little more of his own experience – this time as a parent. Aware that most parents were on the lookout for a play area where they could keep a constant eye on their little ones, without having to run after their children, he developed the seating area in front of the bakery, adding a jungle gym, climbing wall, sand pit and a little track for toddler bikes.

He admits that he and his wife often eat lunch there, too.

Having lost the Shongweni Market during hard lockdown, Ryan took the difficult decision to close down his Waterfall factory in March 2020 for good.

But, when the Spars began phoning him for rolls as lockdown rules began to ease, he began to rethink his decision.

“Everything was still there. We basically started from scratch again.  All of our customers came back. Not one left us. There’s a huge sense of community.  I know

each of our customers by name,” he says.

But, in July last year, the factory was looted, causing more than R1-million rands worth of damage. It is still something that Ryan finds difficult to talk about as he explains how, on the Sunday night, he told his extremely scared night shift staff to turn off the lights and use their cell phones to finish the baking process.

“I told them to sleep inside the bakery and, in the morning, if it was safe enough, to just close up and leave everything as is.  I tried to get there on Monday but couldn’t. It was absolute chaos. We were getting drone footage of what was happening and the factories across from us were on fire. I thought, that’s it, it’s gone. I think we managed to get down to the factory on the Thursday. It was soul destroying to see the factory and what they’d done.” 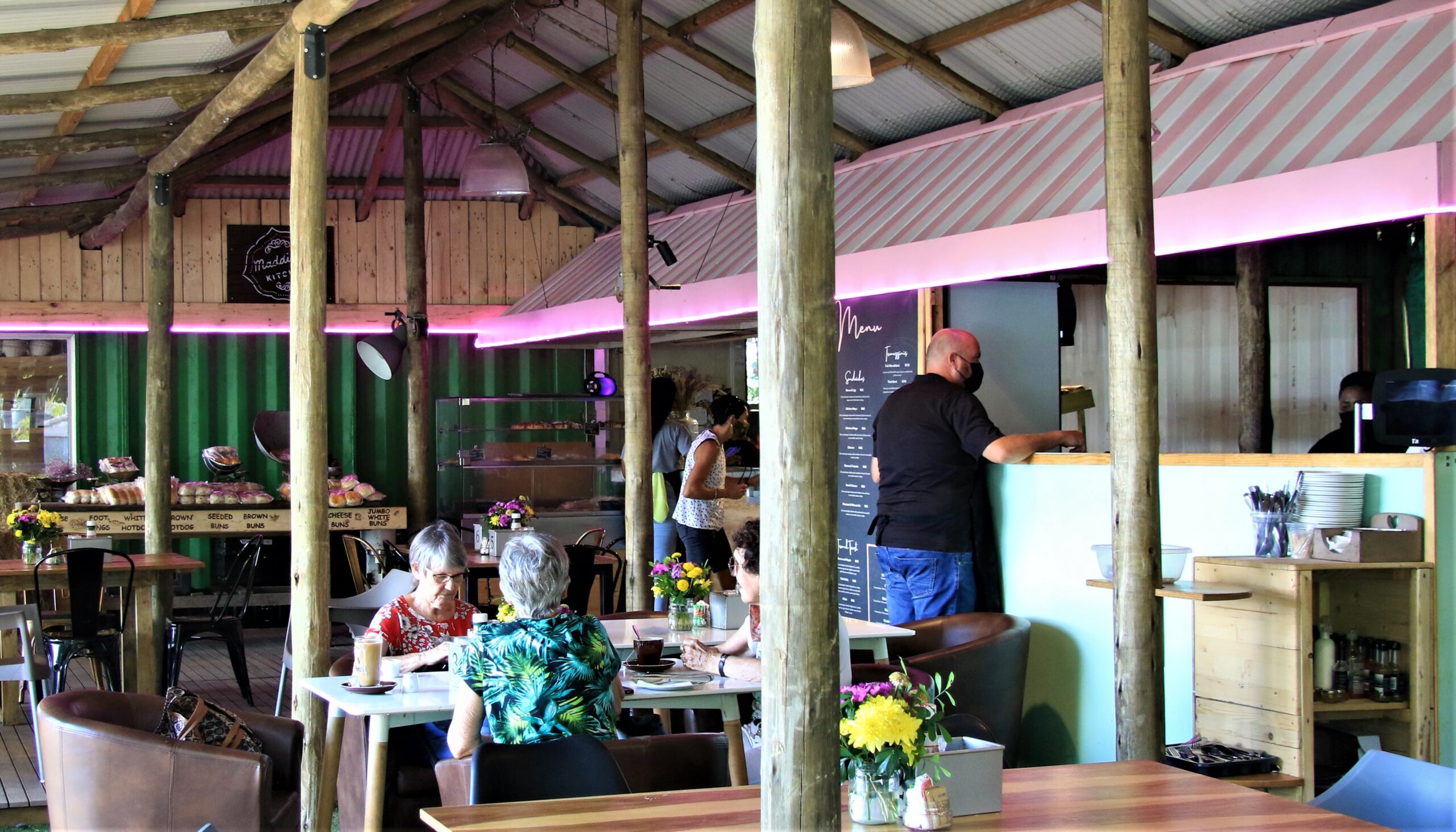 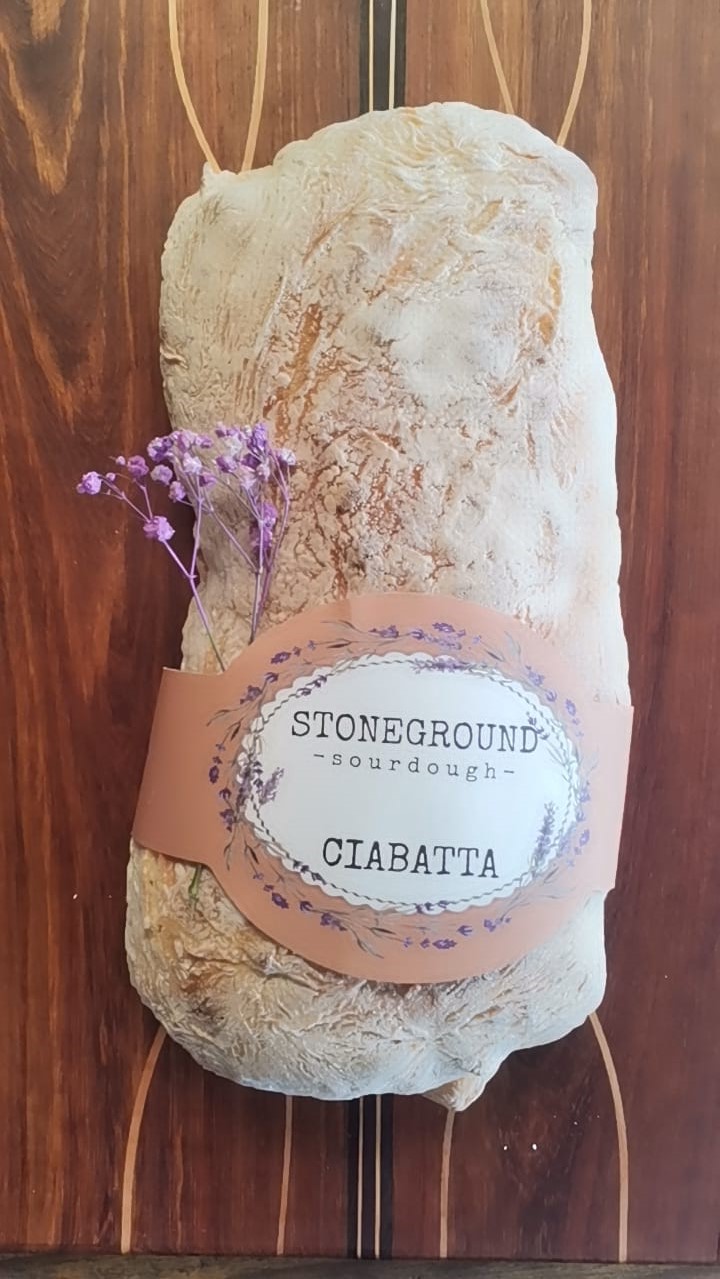 But, four months later, Maddison Bakery was back on its feet.

Again, Ryan relied on the strong relationships he had built, this time with suppliers – and if suppliers’ businesses had been damaged, he sourced from others while he waited for them to rebuild.

Looking back now, he believes that South African entrepreneurs have a unique knack of bouncing back.

“It’s the resilience. It’s a South African thing. We’ve got it in us. We have to box clever, we have to think out of the box. .

Every day Is different. There’s no set day in South Africa. There’s no stability, you’ve got to always keep moving,” he muses.

With all back to a new normal, he says there’s a lot to do at the Mushroom Farm, starting with further expansion of the children’s play area and the construction of a deck under the tree for more seating.

They have also put their name down to cater at Splashy Fen which is back on track this year.

Ryan doesn’t discount opening another outlet either. “You know what, I’m liquid. I love a challenge. I think I’m actually a workaholic but I just love what I do,” he smiles.