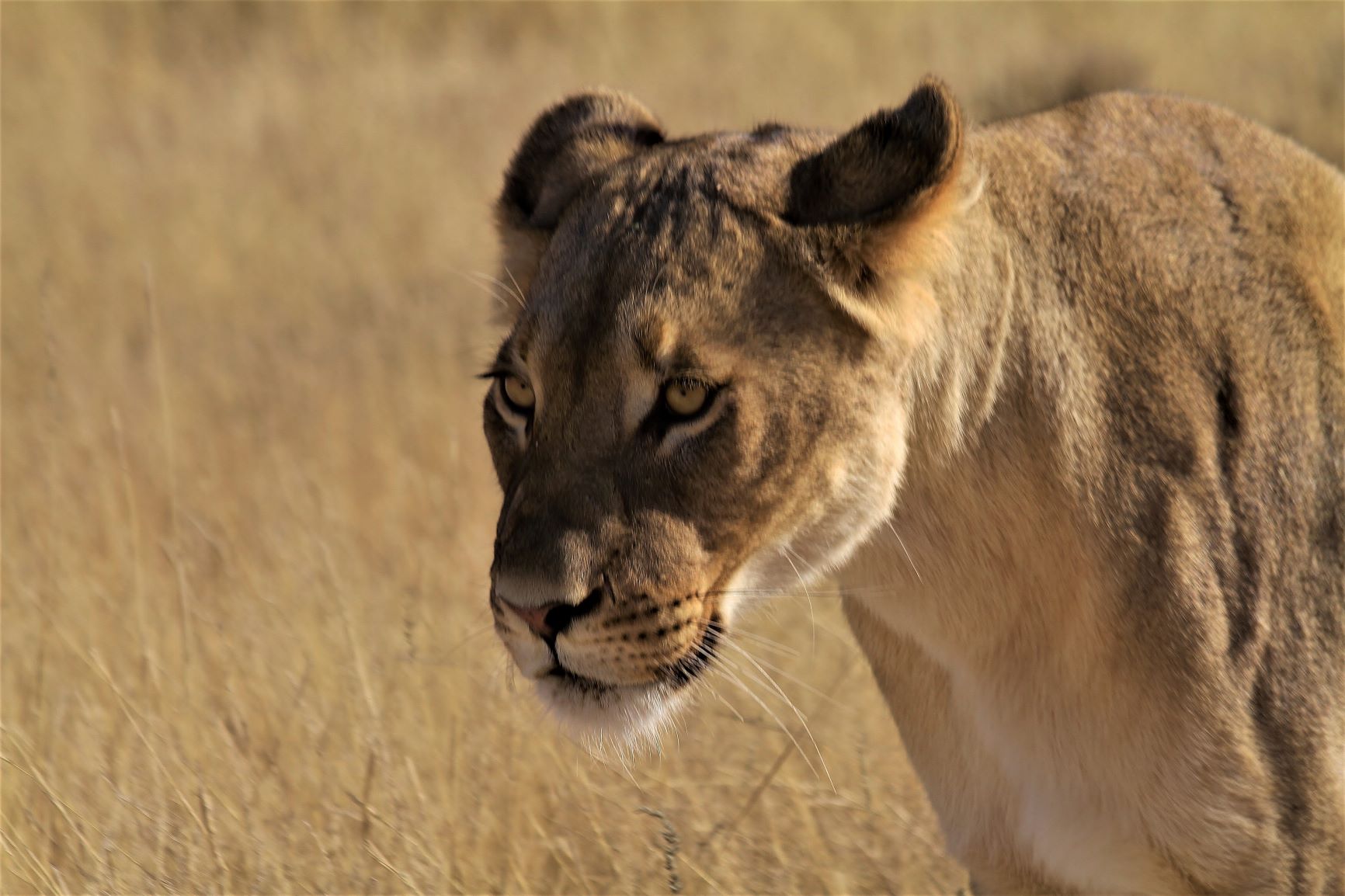 Covid-19 has birthed a litany of tragedy for the planet and its inhabitants. We continue to hear horror stories of rhino and elephant poaching, unimaginable tales of corruption and cruelty that include those who should be guardians of our incredibly vulnerable wild spaces. It is so easy to be discouraged – until you take the time to read the amazing 2020 African Parks annual report that restores hope that we just might find a truly sustainable African solution to the continent’s conservation challenges.

In summary, African Parks was founded in 2000 as an African solution for Africa’s conservation challenges. It takes complete responsibility for the long-term management of national parks and protected areas in partnership with governments and local communities. Its goal is to restore and effectively manage these landscapes, making them ecologically, socially and financially sustainable so they can deliver a multitude of benefits for people and wildlife.

By the close of 2020, African Parks had 19 parks under management in 11 countries. This amounted to over 14.7 million hectares, covering 10 of the 13 ecological biomes on mainland Africa. This amounts to the largest and most ecologically diverse amount of land under the protection of any single NGO on the continent.

“In 2000, we founded African Parks, creating a new paradigm for conservation, which we envisioned would play a major role across the continent in helping African governments turn their failing parks into ecological, socio-political and economic strongholds for their countries. It was an African solution to one of Africa’s most pressing challenges, where little or no money existed and few skills could be found,” explains co-founder, Mavuso Msimang , who also headed up SANParks in 1997.

The organisation’s 20th anniversary sees it fast closing in on its initial goal of managing 20 parks. It has now set its sights higher with a target of managing 30 parks by 2030, across 11 biomes and 30 million hectares.

All of this could simply be fantasy were it not for the startling statistics reflected in the report or the incredible achievements reported by each of the parks.

As the African Parks business model hinges on establishing its conservation areas as hubs for community development and employment creation, it is amazing that during the difficult global pandemic, 108 579 people received healthcare as a result of African Parks endeavours. 227% up on 2019), 99 hospitals and mobile clinics and 105 schools were supported.

“In 2003, Malawi was the first country to entrust in us the management and, subsequently, the resurrection of Majete Wildlife Reserve. Seventeen years later, African Parks is managing four of Malawi’s parks. African Parks is now responsible for 90% of the country’s elephants, 100% of its rhinos and has brought back lions and cheetahs. The parks are the largest employers in their respective regions and have remained so during the pandemic. Malawi even agreed to re-arrange its fiscal system to allow park revenues to be retained at the park level, an important political statement about the government’s commitment to the sustainability of the parks,” Msimang continues.

Given that Majete had suffered from decades of poaching, had only 12 employees and delivered little to no benefit for the local communities, it was here that the African Parks model was first put to the test.

In 2003, they began a series of reintroductions, starting with rhinos. Elephants followed in 2006, lions in 2012 and a host of other animals, including giraffes and cheetahs during the past two years. Altogether, more than 3,200 animals from 16 different species

were brought back to Majete, restoring its mammal diversity and making it Malawi’s premier wildlife destination.

Besides serving as a recognised safari destination, today Majete employs over 769 full- and part-time local people and delivers essential services through education, healthcare and investments in local enterprises.

Although many years of poaching and deforestation had taken their toll and human-wildlife conflict was rife, this relatively small yet richly biodiverse national park set a benchmark for ambitious restoration initiatives. In 2016, one of the largest elephant translocations in history began with 366 elephants moved to alleviate pressure on Liwonde’s habitat, reduce conflict and repopulate Nkhotakota Wildlife Reserve. Cheetahs were reintroduced in 2017 and lions in 2018, followed by the largest single translocation of black rhinos from South Africa in 2019.

Nkhotakota is the oldest and largest reserve in Malawi – a 1,794km² landscape of dense canopy woodland intersected by three major rivers leading to Lake Malawi.

After years of poaching reduced its elephant population from 1,500 to a mere 100, the Malawian government decided, in 2015, to invite African Parks to enter into a long-term agreement to manage the reserve and assist the Department of National Parks and Wildlife to realise a new vision for the park and the communities surrounding it.

This has been one of the world’s largest wildlife restoration initiatives. Almost 500 elephants and 2000 other animals were re-introduced in 2016 and 2017. Security improved with a well-trained and resourced law enforcement team. Community programmes were initiated. Today, a range of sustainable livelihoods projects are being rolled out, thousands of students are benefitting from educational support and outreach and partnerships are being leveraged to support local health clinics.

The incredible stories go on and African Parks continues to grow its conservation footprint.

Latest additions to its portfolio include Rwanda’s Nyungwe National Park, which is one of the oldest Afromontane rainforests in Africa. It provides 70% of Rwanda’s water and contains 25% of Africa’s primate species.

The other is Benin’s W National Park, an anchor of the W-Arly-Pendjari Complex, one of the largest intact wild ecosystems in West Africa and a UNESCO World Heritage Site.

“African Parks is today managing 19 parks in 11 countries at the invitation of African governments determined to realise their vision of securing their protected areas and saving their wildlife, creating value for their people. There is a quiet and demonstrable transformation under way across the continent for protected areas, and that is because governments are gaining confidence and trust in the African Parks model while progressive funders are investing in nature’s capital,” says Msimang.

A YEAR OF INTROSPECTION

“First, we needed to ensure that we were well equipped to deal with the immediate challenges brought about by the expected decline in operational revenue arising from the extended closure of tourism operations. Once this was done, we turned our attention to reflect on how we started, what we have

learnt throughout our journey and where we go from here.”

He notes that, when African Parks was launched, the founders had not idea just how strong its public-private partnership model could be.

“To put that in perspective, not one of our 3,219 full-time staff lost their job because of Covid-19. When you consider the multiplier effect and the conservative estimate that one job supports on average seven and a half people, this impact is immense. Every park under our management remained fully operational, and poaching levels were kept at a minimum. The parks continued to serve as centres of security where wildlife populations increased, schools and clinics functioned, social enterprises were invested in and people not just persisted, but thrived.”

This is in stark contrast to a recent report by the International Union for Conservation of Nature (IUCN) and others that more than half of the protected areas in Africa were forced to cut back on protection measures and more than 25% of rangers lost their incomes.

What this told African Parks was that it needed to do more.

Adjusting its vision for the next decade, it now intends protecting 30% of Africa for nature by 2030.

Africa Parks wants to support 10 more protected areas spanning a further five million hectares that will be managed by select partners through its new incubator programme. It has delineated a roadmap to guide these efforts by identifying 161 key protected areas throughout sub-Saharan Africa

Covid-19 and the global economic lockdown brought our connectedness and dependability on nature into painfully clear focus. It has elevated the existing scientific proof of the link between the rise of infectious diseases with our destruction of habitats and our consumption of wildlife. It also demonstrated that the funding and actions needed to protect nature and prevent pandemics and other human-made catastrophes are far less costly than living through future ones. This is why 2020 may prove to be the turning point.

that must be secured as the foundation of a continental conservation strategy.

Africa Parks spent a good part of lockdown analysing the entire protected area landscape of Africa. Of the 8,496 registered protected areas, only 1,050 are larger than 50,000 hectares. Of those, its experts picked out 161 as being the most significant in terms of viability, biodiversity, and ecosystem services. These are also still sufficiently intact to make them worth saving.

“Of the 161, African Parks estimates that just 69 are adequately managed and protected to a level where they have a reasonable chance of surviving into the future. The remaining 92 are experiencing major threats and require an urgent management solution.  It is this need that is shaping our thinking for the future,” he points out.

WHAT IS NOT MANAGED IS LOST

What is driving this is the belief that what is not being managed is being lost.

“Considering elements such as threats, landscape connectivity and ecosystem health, we identified just 161 anchor areas which have the greatest chance of being viably functioning, large landscapes that harbour globally significant biodiversity, sequester carbon, deliver clean air and water, food security, provide stability, and economic, socio-political and ecological benefits for millions of people. If these anchor areas are well managed, they would form the backbone of the continent’s conservation strategy, providing expandability into adjacent legislated areas and landscapes – a foundational step towards the broader vision of ensuring 30% of Africa is managed for nature,” Fearnhead goes on to explain.

We are not stopping… we will continue to do what we have always done. We will be persistent, we will be patient and we will be polite, but with a ferocity knowing that this is the surest solution for any park in peril in Africa, and therefore for Africa’s wildlife, and always for Africa’s people. CO-FOUNDER OF AFRICAN PARKS, VICE-CHAIR & BOARD MEMBER 2003 – 2020 | MAVUSO MSIMANG

Based on African Parks’ experience, it costs on average of US$3.3m per year to adequately manage a protected area. Ensuring this for all 161 landscapes will require at least US$531m in funding per year.

“(Our) objectives are ambitious and will contribute significantly to the global target of protecting 30% of the Earth to keep the planet flourishing. We stand at a critical juncture of knowing exactly where we are and what is coming. That is why we have mapped out a plan to secure Africa’s biodiversity for our collective wellbeing and to protect our shared inalienable rights to a healthy planet. We believe that through collective and urgent efforts, with the right funders, governments, and other partners, this charted course for preserving Africa’s biodiversity for humanity can be made real. We are well-positioned to scale our impact and, considering the implications for people and wildlife, this is our defining moment for the role we will play for the future of our planet,” he concludes.