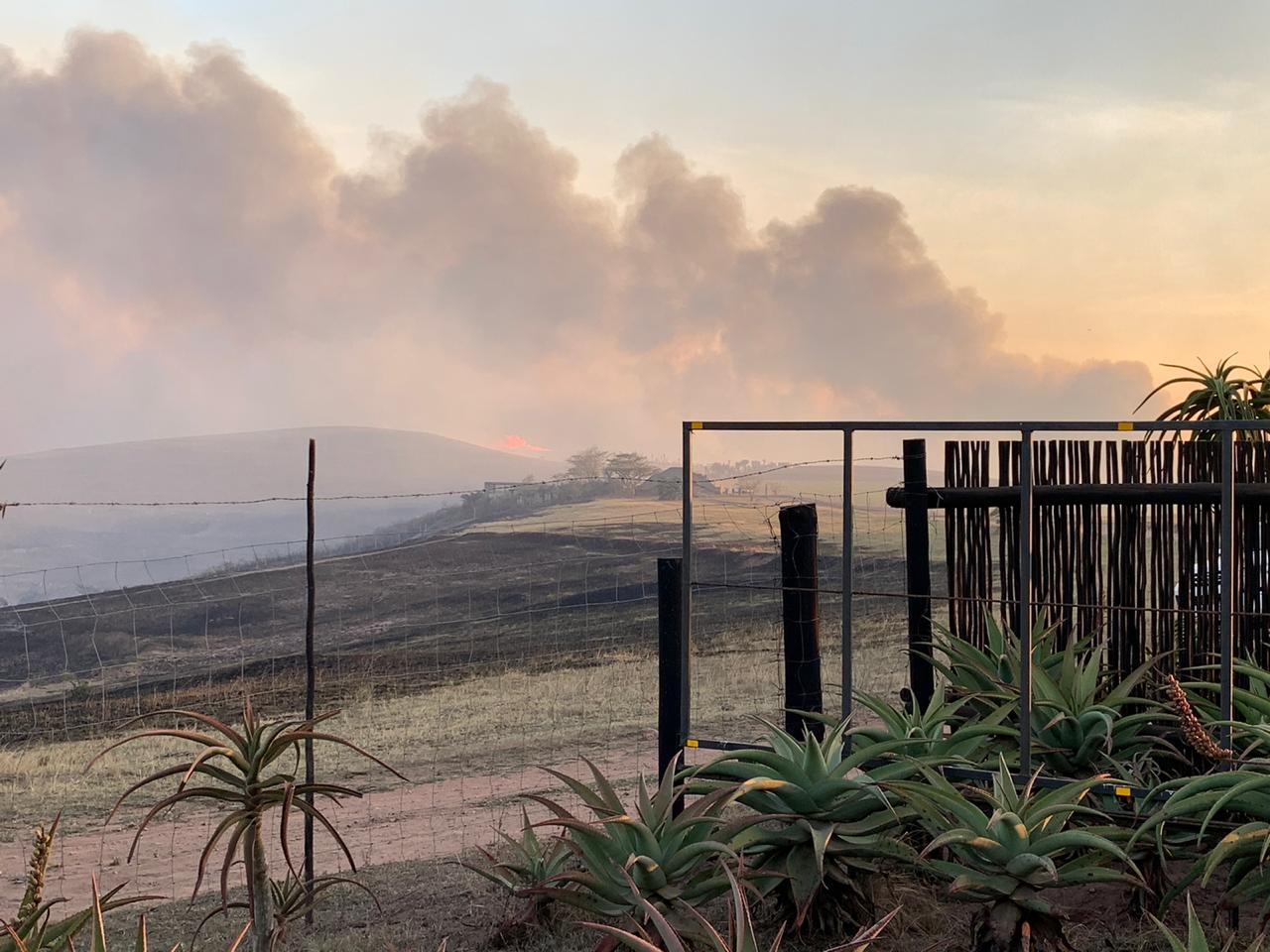 A TRIBUTE TO GWAHUMBE

GWAHUMBE - OUT OF THE ASHES

As the owners of the beautiful Gwahumbe Game & Spa in Mid-Illovo that was destroyed by a devastating runaway wild fire on Sunday attempt to pick up the pieces, it is probably hard to believe that this tragedy will likely become part of the rich story of this fascinating place.

Nowadays, creating bush lodges is relatively common but, for the parents of owner, Shanon MacKenzie, rehabilitating an old sugar farm and returning a large tract of the Gwahumbe Valley to its former glory was an incredible vision that began 26 years ago.

To watch the lodge that they designed themselves go up in smoke must have been indescribably painful.

Yet, despite watching the sun rise over a parched landscape after the 19 kilometre long, eight kilometre wide fire was finally extinguished in the early hours of Monday morning, Shanon’s family was concerned first for their staff and then for the rich diversity of wildlife that has drawn the attention of everyone from bird lovers and four by four enthusiasts to the likes of BBC television’s Top Gear and Gordon Ramsay’s National Geographic travel food show, UnCharted, which have all been welcomed to the resort. 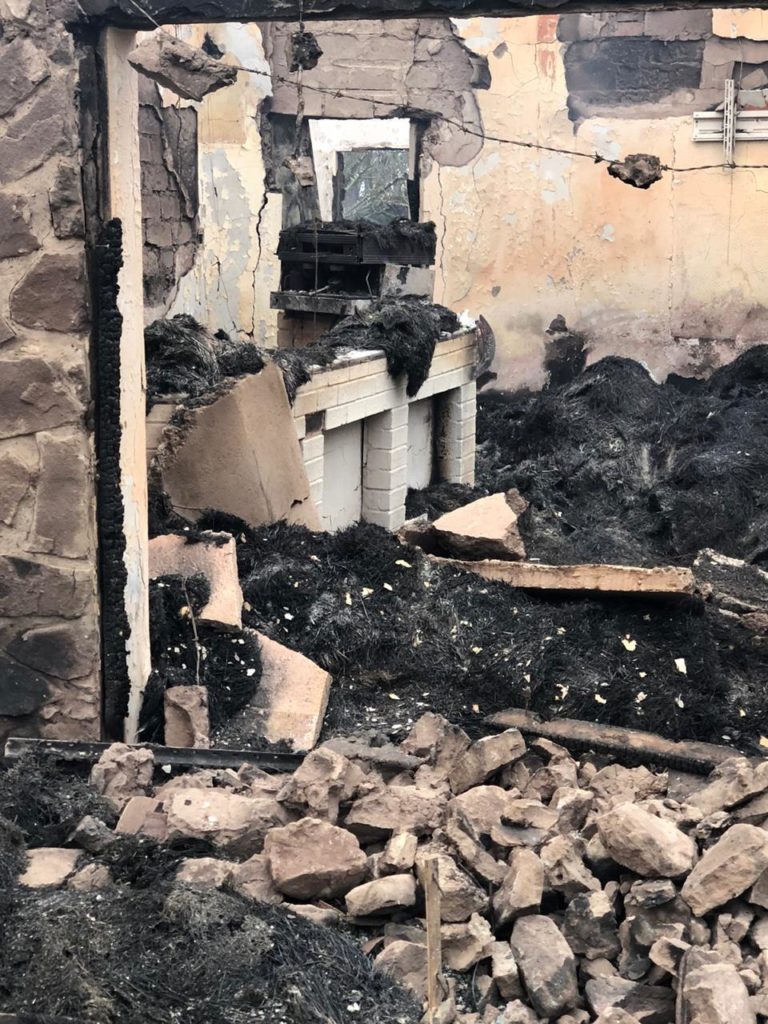 “Most importantly, all of our staff are safe and accounted for and our staff accommodation was saved. We have sent most of our traumatised staff home,” Shanon said  in a statement on Monday. 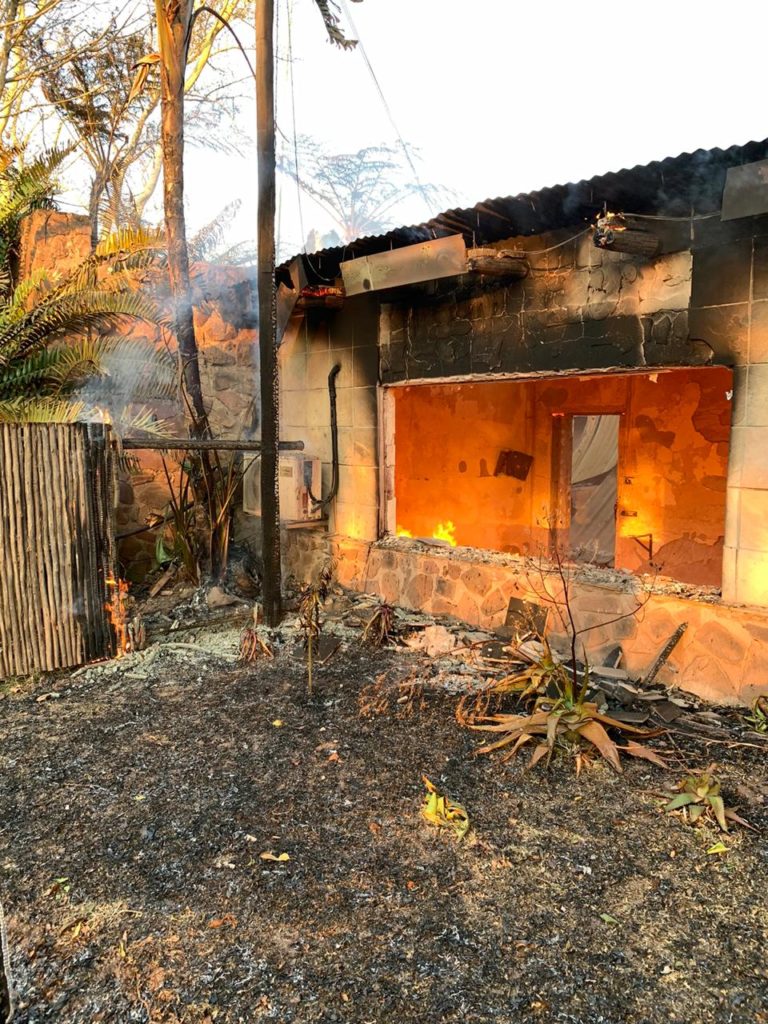 Rangers and staff had been busy since dawn trying to tally up the wildlife casualties. What started all those years ago as a reserve that was home to a few impala and zebra, is now home to a plethora of antelope, giraffe, zebra, warthog, giraffe, hippo, rhino and more.

But the biggest quandary was that, although much of the game seemed to have escaped the worst of the blaze, most of the grazing on the reserve had been destroyed by the fire which had begun in Eston at 9.30 am then rapidly spread across the area, fanned by high winds of up to 60km per hour.

15 farms were burnt resulting in the loss of thousands of hectares of sugar cane, timber and grasslands. Although many homes in the area were miraculously saved, there were some that did not survive including homes in the nearby rural community of Nhlazuka.

At this point, the actual losses have not been tallied and its impact on the area’s economy and the livelihoods of local residents is only guesswork.

But there was a small silver lining as the clouds closed above Gwahumbe and soft rain began to fall on Monday.

On Tuesday morning, Craig MacKenzie reported that the reserve had, amazingly, lost fewer animals than had originally been believed.

“They seem to be masters at avoiding the flames and were able to go into areas where there were firebreaks. Sadly, some of the smaller animals and snakes weren’t able to get away but that’s been the biggest part of our casualties,” he said.

What had been most encouraging was the amazing support of farmers and many others who had continued to arrive throughout the day, offloading large amounts of feed, he noted.

“The rain that’s falling at the moment will help for the grass to come back hopefully within three to four weeks. So, yes, I think that, overall, we can be very grateful. We are looking forward to having the game again roaming freely and grazing on some nice new green shoots in the near future,” he observed. 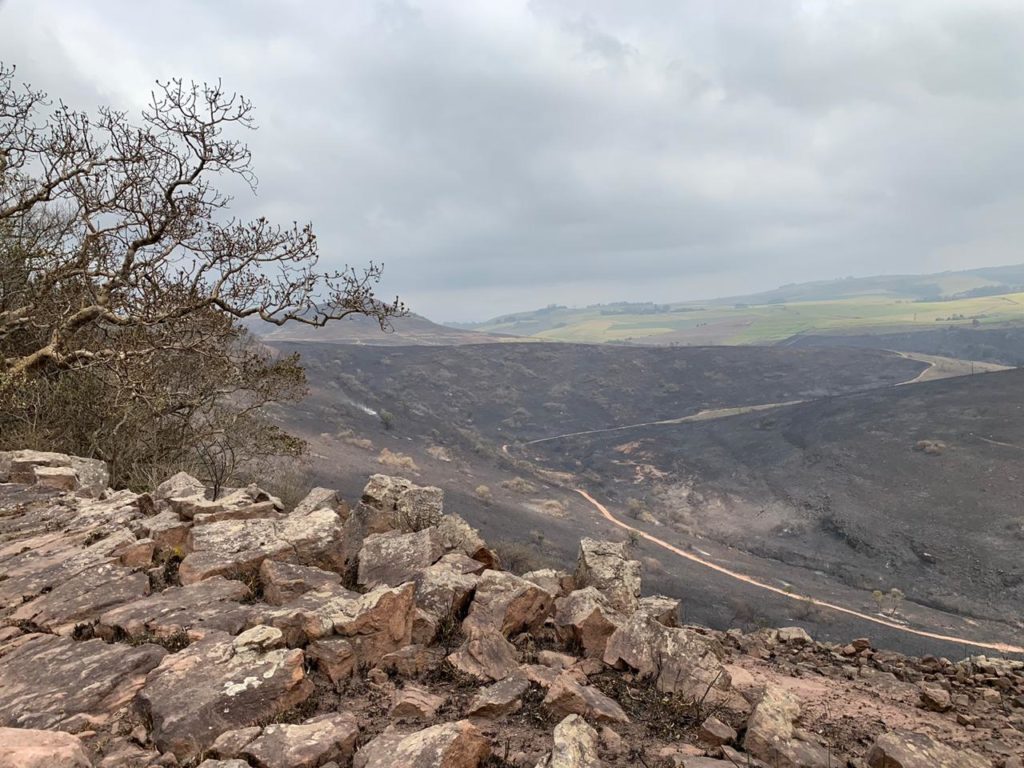 Much of South Africa’s natural bushveld is naturally adept at coping with bushfires and does regenerate. That’s why it is likely that the Gwahumbe Reserve will be back to its beautiful self long before the actual trauma of what has now been called “Red Sunday” has faded from everyone’s memories.

Many of us who have been treated to the Gwahumbe family’s hospitality and enjoyed its beautiful surrounds are now looking forward to what will emerge from the ashes at the lodge. We look forward to a delicious dinner in the boma or a game drive through the beautiful riverine countryside. 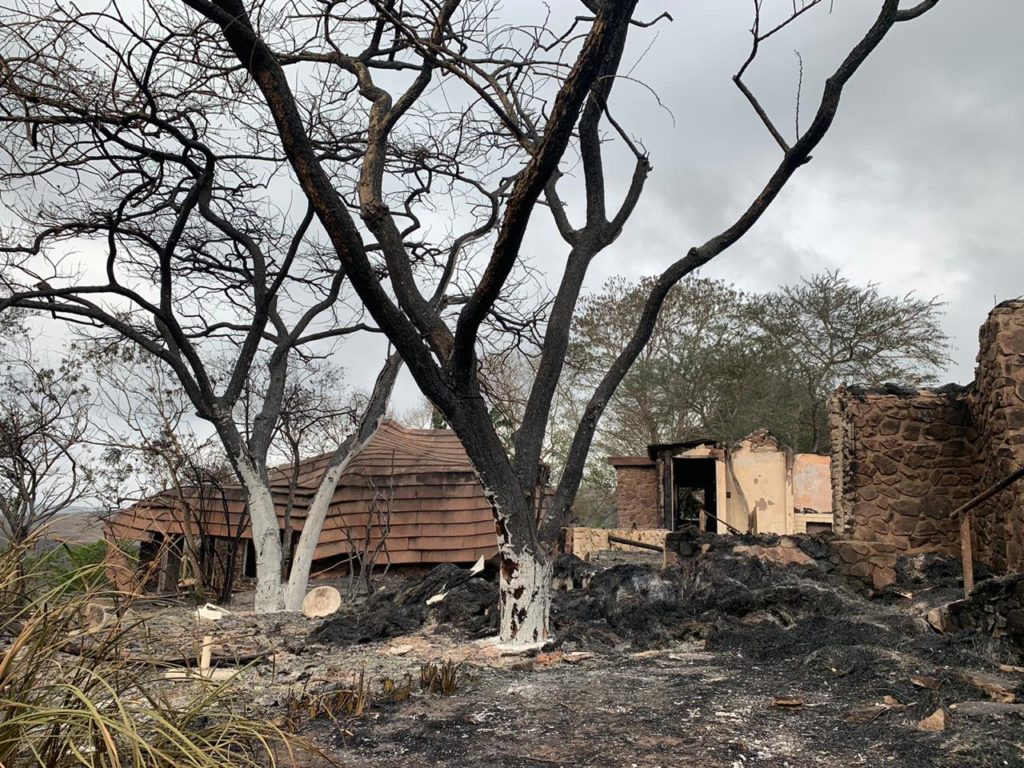 Thankfully, the bush camp survived the carnage and it is highly likely that the resort will continue to be able to host the 4 x 4 meets for which it has become incredibly well known.

As they begin to piece this tragic happening together, we would like to encourage Shanon, her family and her staff to take time to heal and weave this experience into the rich history and African tapestry called Gwahumbe.